Owen hoped he and Watcher could somehow become friends, but her demeanor was still cold. There was so much to discover. So much to do. And she could be such a help to him. But only time would tell.

Owen could not help but think about home, Tattered Treasures, his father, Constance, Gordan, and Mrs. Rothem. And what would Clara think of his absence?

Owen pulled the photo of his mother from his backpack and studied it.

Watcher came close and gasped. “I know her.”

“The woman in the picture. Perhaps it is just someone who looks like her, but the resemblance isâ”

“Where does she live?” Owen said.

“Far from here. The journey is dangerous. But I would take you if you desire it.”

A woman who looked like the mother he never knew? Owen would love to meet her. And with this new information, Owen knew he must make difficult choices in the coming days. “Perhaps while I search for the King's Son,” he said.

Jerry B. Jenkins
(jerryjenkins.com) is the writer of the Left Behind series. He owns the Jerry B. Jenkins Christian Writers Guild, an organization dedicated to mentoring aspiring authors. Former vice president for publishing for the Moody Bible Institute of Chicago, he also served many years as editor of
Moody
magazine and is now Moody's writer-at-large.

Jerry is also the writer of the nationally syndicated sports-story comic strip
Gil Thorp
, distributed to newspapers across the United States by Tribune Media Services.

Jerry and his wife, Dianna, live in Colorado and have three grown sons and four grandchildren.

Chris Fabry
is a writer and broadcaster who lives in Colorado. He has written more than 50 books, including collaboration on the Left Behind: The Kids and Red Rock Mysteries series.

You may have heard his voice on Focus on the Family, Moody Broadcasting, or Love Worth Finding. He has also written for
Adventures in Odyssey
and
Radio Theatre
.

Chris is a graduate of the W. Page Pitt School of Journalism at Marshall University in Huntington, West Virginia. He and his wife, Andrea, have nine children, two dogs, and a large car insurance bill. 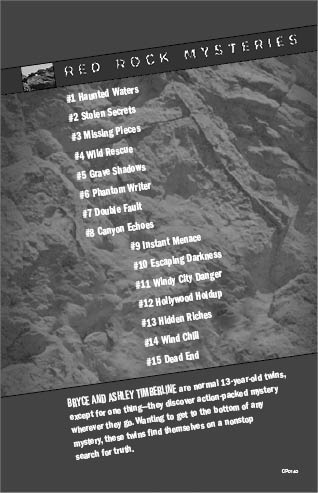 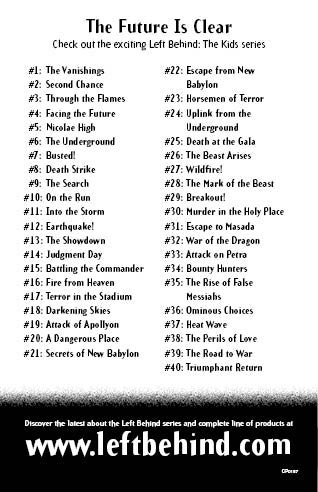