The Book of the King 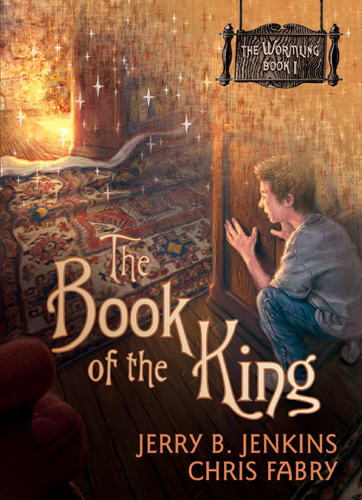 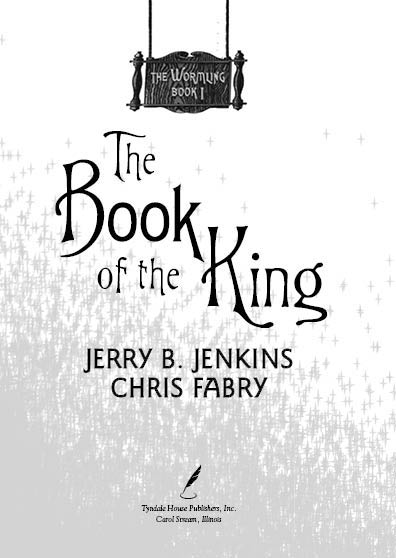 The Wormling I: The Book of the King

Copyright Â© 2007 by Jerry B. Jenkins. All rights reserved.

This novel is a work of fiction. Names, characters, places, and incidents either are the product of the authors' imaginations or are used fictitiously. Any resemblance to actual events, locales, organizations, or persons living or dead is entirely coincidental and beyond the intent of either the authors or publisher.

The Wormling I : the book of the king / Jerry B. Jenkins ; Chris Fabry.

Summary: Guided by a mysterious book and invisible guardians, meek high-schooler Owen Reeder learns that there is another world besides his ordinary one, where he is destined to face an evil dragon in order to make his own world safe and whole again.

May you find your adventure in Him.

“
L
ife is pain, Highness. Anyone who says differently is selling something.”

Westley in
The Princess Bride

Chapter 3: The Arm in the Night

Chapter 11: Beyond the Bookcase

Chapter 16: All There Is

Chapter 20: In the Closet

Chapter 21: Beneath the B and B

Chapter 22: Through the Bookshelf

Chapter 23: The Man on the Knoll

Chapter 36: Into the Abyss

Chapter 40: Toward the Portal

Chapter 46: The Day of Dreadwart 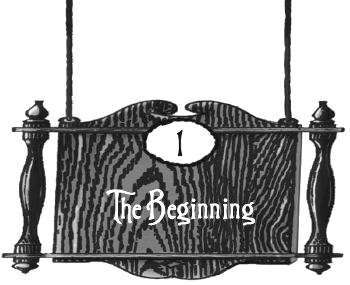 To tell the story of Owen Reederâthe whole story and not just the parts that tickle the mind and make you laugh from the belly like one who has had too much to drinkâwe have to go into much unpleasantness.

So if you are faint of heart and can't stand bloody battles and cloaked figures in the darkness and invisible creatures (or visible ones who don't have much of a sense of humor), and if you don't like to cry over a story when someone you love is taken, then perhaps our tale is not for you. But if you'd like to read about a young man with seemingly no future but dreams he can barely hold in his head and about a war between opponents as far apart as east is from westâone side that loves evil and seeks to kill and destroy the hearts of good people and another that wants desperately to free those good people from tyranny and injusticeâand about the deepest love the heart can imagine, then we welcome you.

Since this story concerns a young man named Owen and it occurs today in our time, you might think we would begin on some basketball court or in some school hallway, and I suppose we could have begun there, for Owen certainly found himself on many courts and in many hallways.

But we begin in a world far away, in a castle lit by candles, in darkened stone hallways that echo sadly with memories of a baby's cry and a mother's tender kiss. A man stands on a parapet, which is not two pets but a low stone wall on a balcony meant to keep those foolish enough to stand out there from falling to their deaths. The man is regal, which is to say he has good posture and wears embroidered robes and a crown, so anyone with half a brain can guess who he is. He looks out at his kingdom shrouded in darkness and shudders. Perhaps it is the chill wind coming across the water or the moonless night. Or perhaps he has a cold.

But as the man turns and walks into the inner chamber, there seems to be more wrong than the weather or his health. He silently slips into the hall, alerting guards standing at attention on either side.

“Anything wrong, sire?” one whispers.

“No, I simply have a request.” The man speaks quietly, not wishing to wake his wife or any of the nobles in the castle. He imagines their making the discovery in the morning, but for now he focuses on the task and gives simple instructions.

When he is finished, the man steps back inside the chamber and gazes at his sleeping wife. His face contorts, and it appears his heart will burst from some long-held emotion. He leans over the canopied bed and gently kisses the woman. She has an anxious look, even in sleep. The man slips something she will read in the morning under her pillow.

If you were to inch closer in the flickering candlelight, you would see a tear escape the man and fall silently to the bed. The man's gaze sweeps the room, as if this is the last time he will see it, as if he is saying good-bye to the lampstands and the velvet curtains and the map of a huge kingdom mounted in a massive wooden frame.

He walks to a baby's crib in the corner and runs a hand along its dusty coverlet. The man appears to have lost something valuable, to have spent years searching every nook and cranny of his kingdom. He seems to be longing for something from his past.

If your eyes were to linger on that crib, on the fine wood inlaid with exquisite detail, you would miss the man's instant exit, not through the main door past the two guards but through another passageway, secret and cloaked from view.

The man pads down narrow stone stairs, feeling his way in the dark, reaching for support from the cool walls on either side. You might be scared that a rat would scurry past, but the man walks resolutely, hurrying.

We will not tell you how many levels he descends, but when the air changes to a musty dankness and he feels water on the walls and mud under his feet, his gait slows and he reaches a chamber that looks and feels rarely visited.

He pulls around him a dark curtain fastened to the wall, hiding himself from view. We see no other living being, and theÂ room is totally, blindingly dark, yet it appears the man is hiding. Let us be clear. He is in the bowels of the castle, behind a thick curtain, in total darkness. We hear scurrying and the flap of heavy clothing falling to the earthen floor. Then grunting and something heavy being pulled or pushed from its rightful place and the fluttering of the curtain as a soft breeze enters.

One more soundâa click and the opening of some compartment. Something is removed and placed heavily on a stone, and fabric is tied. We hear more strugglingâas if someone is trying to squeeze through a small spaceâthen stone upon stone again.

Inside is still, save for a trickle of water down the wall and the soft whirring of insects inside the stone cracks. But if you were to put your ear to one of those cracks, or if you, like an insect, were to crawl between the stones and reach the chill of the night air, you would hear the soft lapping of water against a shore and the even softer sound of oars rowing awayÂ in the darkness.

This man, now in tattered clothes with a heavy blanket over his shoulders, does not look as if he deserves to live in a castle. When he reaches the shore on the other sideâand it has been no small feat to row to this distance against the windâhe steers into a small inlet and covers the boat with branches and dead limbs that appear to have been gathered in anticipation of this very trip. The man slings a wrapped pouch over his back and quickly walks away, the food stuffed in his pockets telling us he does not plan to be back for breakfast.

You may ask, if this is such a cloudy, moonless night, how is the man able to navigate the soaked earth and craggy rocks without falling off the sheer cliffs only yards to his left? Has he walked this route in his mind, planning it from the parapet of the castle?

By the time the sun casts crimson shadows, he is at the wood and into the thick trees. A fox scurries to its den with aÂ twitching rabbit hanging from its mouth.

When the sun peeks over the horizon, the man is deep in shadows, adjusting his pack as he glides through white-barked trees as thick as clover. He reaches an ivy-covered wall on the other side of the grove, out of place in the wood. He scans the mountain, taking in its majesty, then reaches to move the ivy to reveal a circular crest bearing the image of a beast, a dragon. To some this would appear to be an entrance, but it is not. It is a barrier, a rock so thick that the man could work a lifetime and not move or dislodge it.

The man places his pack on the ground, unties it, and pulls out a book, the edges of its pages golden, the thick leather cover creaking as he opens it. He runs a hand over a page and the letters carefully inscribed there.

He turns as if he has heard something behind him, then pulls the blanket closer to his face and turns back to the book. As he begins to speak, the words come to life and something magicalâand wonderfulâhappens. 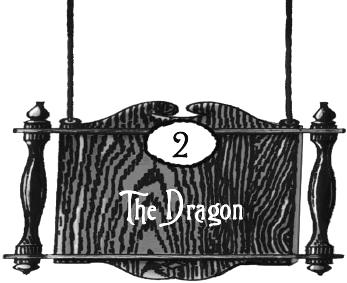 Lastnight by Stephen Leather
Have You Met My Ghoulfriend? by R.L. Stine
Eleanor by Johnny Worthen
Soul Fire by Kate Harrison
Eastern Dreams by Paul Nurse
Across the Winds of Time by McBride, Bess
Baby, Be Mine by Vivian Arend
Miracle In March by Juliet Madison
Memoirs of a Wild Child by P Lewis, Cassandra
Year in Palm Beach by Acheson, Pamela, Richard B. Myers
Our partner