Was Owen's father keeping something from him again? Owen had asked numerous times what had happened to his mother. But he had always forgiven his father for never explaining, loving his father anyway because he knew the emptiness he felt without a mother. How must his father feel after losing such a beautiful woman, pictured in those few snapshots he kept in a drawer?

On the evenings his father allowed him to go to the Briarwood CafÃ© for dessert, Owen would return to a smell that took several candles or open windows to eliminate. His father had always said Owen was imagining it, but now he had arrived back early because of the chase, only to stumble upon something much more suspicious than a smell.

What if the trips for dessert were encouraged by his father to get him away? Could his father be mixed up in something illegal, dealing drugs or fencing stolen items? What if his father was a terrorist, using the bookstore as a base?

In fact, Owen's father was none of the above.

It was much worse. 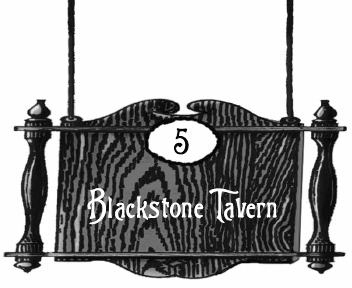 Owen mustered the courage to slip out the back of Tattered Treasures and peek through the rear window of Blackstone Tavern. Call him cowardly, but when his mind spun like this, he could barely move.

Blackstone Tavern, a mass of old stone and brick that appeared to be from some other world, actually shared a wall with the bookstore. Noticing his young, wiry friend Petrov peeling potatoes in the kitchen, Owen knocked lightly and entered.

Owen had bumped into Petrov at the Dumpster in the alley one day, and the two had struck up a friendship that seemed to pick up where it had left off, whether it was a week or even a month between conversations. Petrov rarely spoke. He more often grunted or snorted like an animal. When he did speak, he used broken English, but Owen never had aÂ problem understanding him.

“So, father release you from prisonâor you escape?”

Owen sat on a stool, tossing a potato from one hand to the other. “It was a daring escape. I had to shoot my way out. Have you seen my father tonight?”

Mr. Sloven, the owner, bore a considerable belly and a belch that could be heard in three states. If Owen's father knew nothing about making a profit, Mr. Sloven was his opposite. He served drinks in small glasses and concocted meals on tiny plates that made one think he was getting lots of food. But the man didn't like Owen or anyone his age coming into the tavern. Not just because they were too young to drink but also because Mr. Sloven hated children. On that Mr. Sloven and Owen's father seemed to agree.

“I thought I heard my father talking over here,” Owen said. “Mind if I look in the basement?”

“I'll bring you back a couple,” Owen said, laughing. He patted Petrov on the shoulder. “You can add them to the stew.”

The door to the stairs looked a foot thick. Owen left it open an inch so he would have a sliver of light and be able to hear the music and laughter from the bar upstairs. He inched down the crudely hewn rock stairs.

Kegs and bottles and a mountain of flour sacks lay about the room, along with enough dust to choke several hundred rats. Owen imagined them attacking the flour sacks.

At the bottom of the stairs he let his eyes adjust to the darkness. He studied the brick wall, knowing Tattered Treasures was on the other side. Deep red stains marred the bricks, and Owen wondered if that had been caused by wine or something else. The mortar squeezed through the bricks had hardened in grotesque forms, as if whoever had built the wall hadn't cared about looks, just strength.

Owen moved closer to the wall until his ear was pressed against the cool bricks. He listened for voices, but a screech from above startled him, and a furry creature dropped toward his face.

Owen's scream came from deep in his belly and shot up like a geyser. He bolted from the wall, running into a huge sack of flour and spilling it against a wooden beam. The noise upstairsâmusic and laughter and conversationâdied a sudden death.

All Owen heard was a giant creak in the floor overhead. The door at the top of the stairs flew open to reveal the colossal silhouette of Mr. Sloven. His size-17 shoes clomped down the stone steps as Owen quickly brushed flour from his clothes, panting so loud he could barely hear the wheezing man.

Mr. Sloven grabbed Owen by the neck and marched him up the stairs and into the alley. The man used the phrase
your father
a dozen times while Petrov attempted to insert himself into the situation, trying to take the blame for allowing Owen access to the basement. Mr. Sloven wasn't listening, but Petrov's effort showed his heart and how much he cared for the boy.

It was in this secret room that Owen's father sat listening to alarming news: A breach in the carefully guarded connection between worlds. Grave danger. An ultimatum.

Owen's father listened, nodded, and made mental notes. Owen's scream had barely made it through the wall, but those speaking stopped immediately. Fear shone on their faces.

“He must not discover this place,” one hissed.

“Keep him occupied,” another said.

“Above all, keep him from the book.”

“Convince him this world is all there is. Convince him he is small. That he is less than capable. You know the consequences if you fail.”

“The Dragon demands it,” the first being said, eyes as red as his master's. “The council has met. This is our opportunity.” 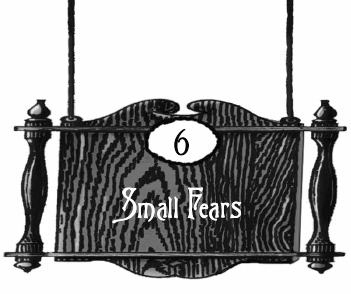 A person ruled by small fears cannot recognize things that truly should command his dread. Such was the case with Owen Reeder as he made his way to school the next day. The clouds that seemed to touch the tops of buildings were gray and lifeless, making the walk even darker than his thoughts.

It took dreadfully long to get past imagining his insides wrapped around the antennas of teachers' automobiles or his teeth strung into necklaces worn by half the wrestling team. Then there was his science teacher and the albatross that hung on Owen's mind: today he would have to stand in front of the class and give his report. Owen had willed it to not be his turn for twenty-three straight days.

If you have not already picked up on this, Owen spent much of his time alone. It was not his choice. His father demanded it, and Owen adapted, as most kids do in circumstances not of their own choosing. Some parents push their children toward sports or music or a thousand other pursuits. Owen's father pushed him to the back of the bookstore, where he stayed and thrived in the pages he discovered.

In a way, the aloneness of Owen's life caused him to find joy in small things. A cup of tea. The smell of old books with, to him, fresh, unread pages. Time to think, imagine, dream. At first he didn't understand why he had to be cooped up while others played outside or went to birthday parties, and he blamed his father. Owen watched from the window as parents in minivans paraded toward soccer fields. But over time, Owen began to feel as if he was not the one missing out. All those children did was obey their coaches and follow wayward soccer balls. One wrong kick and you were heading the other direction, sucking air, and getting yelled at. But Owen felt ruled by books, pages, paragraphs, sentences, wordsâsoaring, he would say, on the wings of writers and their ideas.

Soon Owen stopped comparing his life to those of others and accepted what little love it seemed his father could give. Owen attributed his father's distance to his having lost the love of his life, Owen's mother, so he couldn't fault his father for not showing affection or even speaking kindly. Once someone has lost the love of his life, Owen discovered in books, his outlook on the world and people is often drastically changed. Owen held out hope that his father's story was not yet finished, however, and he hoped the final chapters would be more pleasing than the middle ones.

As Owen neared the school, he wondered whether the whispering voice might return and considered specific bones the three wrestlers might break. Tibia. Fibula. Sternum. Clavicle.

He paused warily at each crosswalk and went out of his way to find the alley with the huge hole. A work crew had strung yellow tape on both sides. His hands sweated and he whistled a Mozart melody, but as the high school came into view, he decided whistling would draw too much attention.

The school was surrounded by a fenceâa monstrosity that rose like the silver wings of an ancient bird. The wrestling team usually gathered near the far corner, so Owen went to the other entrance.

He had just reached the door when someone shouted his name. Fortunately, this was not one of the wrestlers.

“Heard what happened last night at the cafÃ©,” Stanley Drones said. Stan was burly with dark brown spots on his face, bigger than freckles, and it appeared that if you could connect the dots you would reveal some picture you couldn't draw freehand. Because of this, Stanley always wore a long-billed cap pulled low over his eyes. He was apparently trying to grow a mustache and beard, but it looked more like peach fuzz. “Close call, huh?”

Stan nodded toward the fence. “Gordan says he didn't think you'd be here today. Something about you running away like a little kid.”

Fears, even small ones, sap a man's energy and diminish his strength. As we have said, one of Owen's great strengths was recall. He could scan a room and in one glance memorize people and even what they were wearing. Had he not been afraid of Gordan, spooked by the hole in the ground, or dreading speaking in front of the classâall quite small compared to the evil wings flapping invisibly overheadâOwen would have noticed the grizzled man across the street and the
squeak, squeak, squeak
of the injured grocery cart he pushed.

The man wore a threadbare trench coat pulled tight around his stout frame, his head shrouded by the hood of a bulky sweatshirt. His shoes were thin, a hole working its way through the bottom of one with every step. He sported a gray beard and hair that swept across eyes that seemed alert and intense, betraying the yearning soul of someone in search of something more than another meal.

How much did Owen miss by turning and going into the school? As the tramp saw him, a shaft of light split the clouds and glinted on something golden the man wore on his right handâa ring? an amulet? The man removed it and placed it in his pocket, smiling. 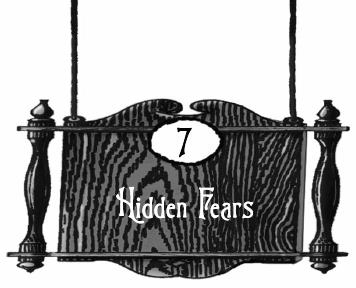 Criminal Mischief by Stuart Woods
The Gospel Makers by Anthea Fraser
Murder Deja Vu by Iyer, Polly
A Cowboy Comes Home by Barbara Dunlop
Transitional Justice and Peacebuilding on the Ground: Victims and Ex-Combatants (Law, Conflict and International Relations) by Unknown
Blindfold: The Complete Series Box Set by M. S. Parker, Cassie Wild
A Pinch of Snuff by Reginald Hill
TheWaterDragon by Tianna Xander
Trying to Save Piggy Sneed by John Irving
Lighting Candles in the Snow by Karen Jones Gowen
Our partner