The Boxcar Children Beginning: The Aldens of Fair Meadow Farm 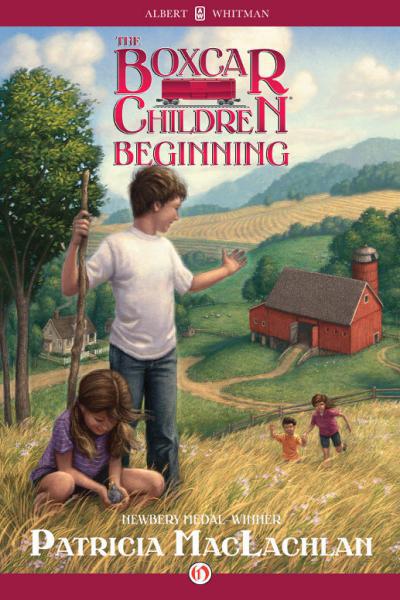 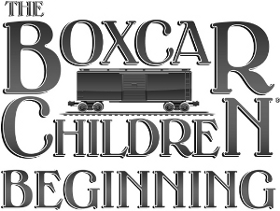 The Aldens of Fair Meadow Farm 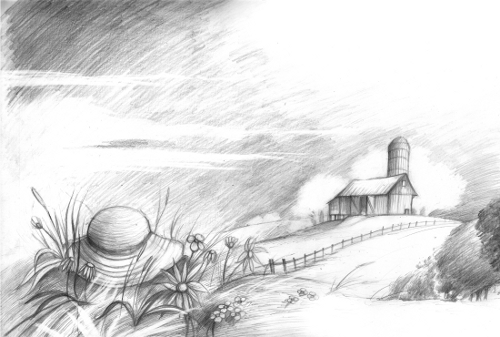 This is for all the children— and in memory of Gertrude Chandler Warner, who wrote for them.—P.M.

3. The Best Family of All

A Biography of Patricia MacLachlan 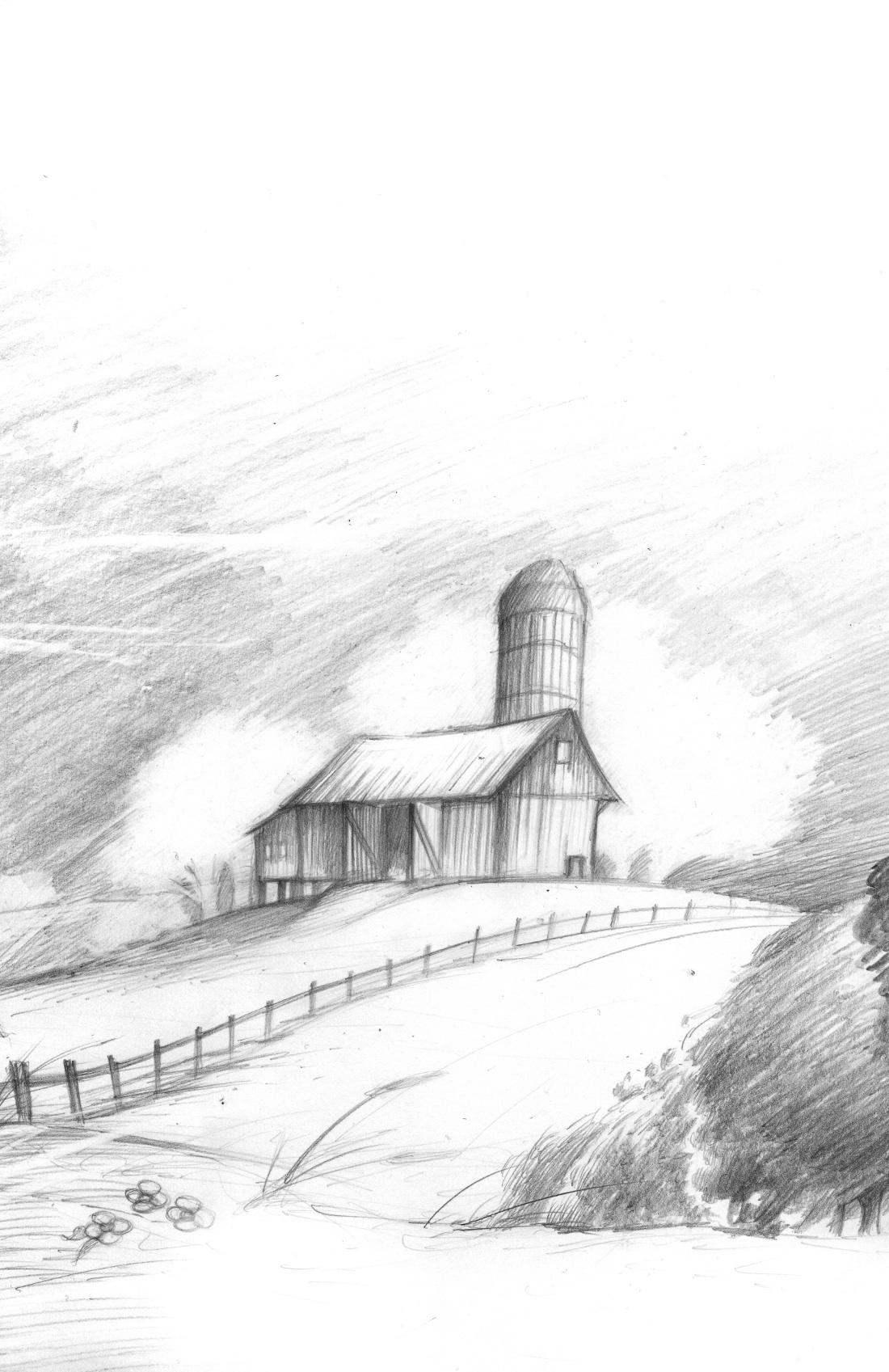 Henry stood in the doorway of the barn and looked out over the farm.

“I can smell spring,” he said.

His younger sister Jessie leaned her pitchfork against the barn wall and stood next to him. There had been a spring snow in the night, but she could see grass. A thin layer of snow sat on the top of the Fair Meadow Farm sign that stood in their yard.

Jessie raised her head and sniffed. 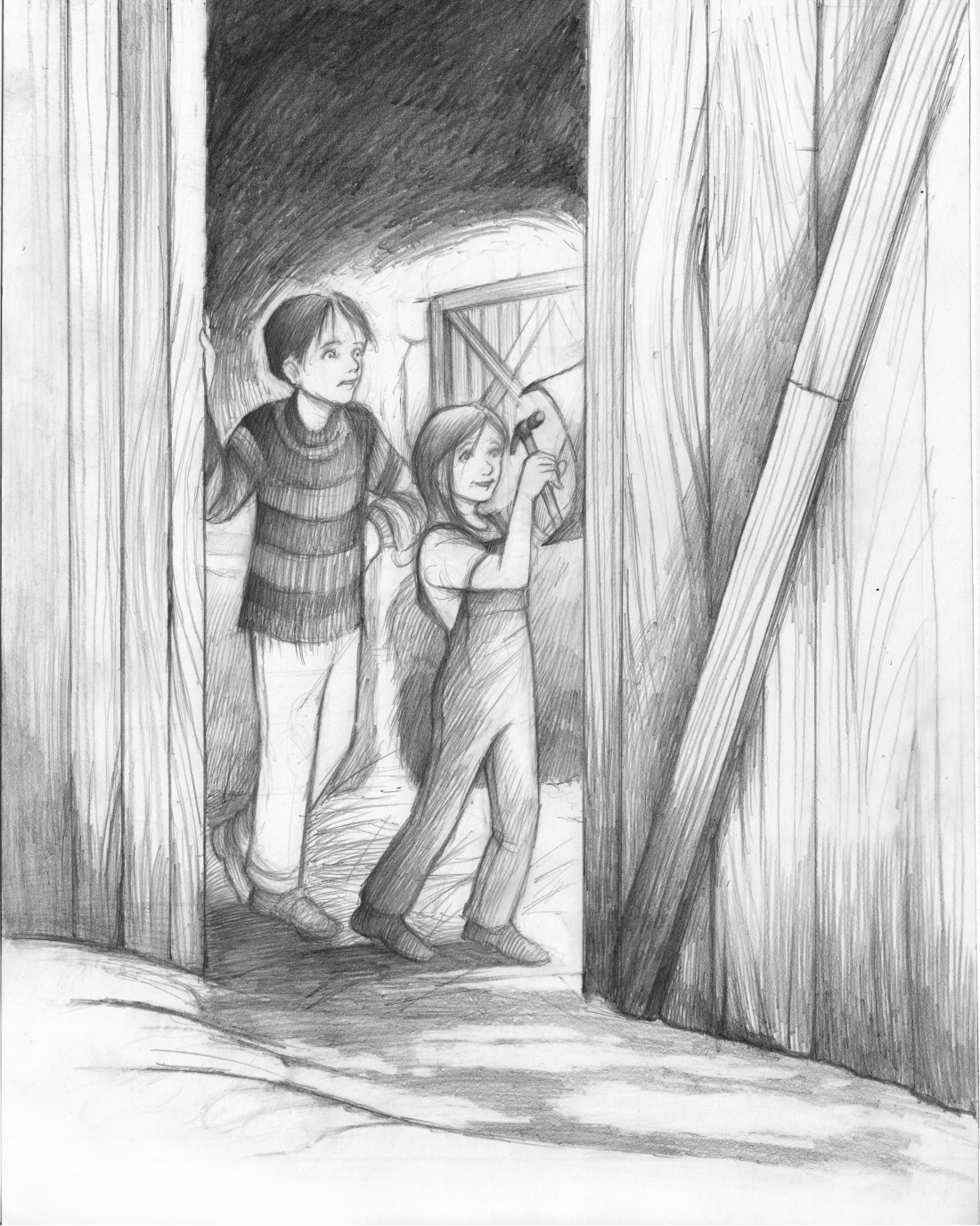 Betty was one of their two cows. There was also Boots, who was mostly black and sweet and silent. But it was Betty who always stretched her neck out and put her nose in the air before she mooed. Papa called Betty “talkative.”

Jessie took a piece of paper and a small hammer out of her pocket. She nailed the list to the wall.

Henry read over her shoulder.

There was no number two.

“What is a barn hideaway?” he asked.

Henry followed her to the ladder that went up to a loft. They climbed up. Bales of hay were stored there, in neat stacks.

Next to the hay was a small room with a door. The room was swept clean. There were two benches. There was a table with a vase with no flowers. A small, round window looked out over the next farm.

“Violet can do her sewing and painting up here. We can read books to Benny.”

“And Benny can fall out the door and down the ladder,” said Henry with a small smile. “We’ll have to build a gate for Benny.”

“I need more things for my list,” she said.

They heard the sound of Papa’s old gray car in the driveway.

Jessie and Henry climbed down the ladder and watched Papa walk up to the barn, carrying a cloth sack of nails and some boards for the stalls.

“Almost done?” he asked them.

“Just have to carry water for the cows,” said Jessie.

Papa stood next to them.

“What are you looking at?”

“Spring,” said Jessie and Henry together.

“You’re hopeful,” he said. “There will be another good snowstorm before it is really spring. This is March!”

“Any news from town?” asked Jessie.

“Bad news. People losing their jobs and houses. Trying to find other places to make a living. Many people leaving. Hard times.”

“You’re lucky to have your job,” said Henry.

“And Mama’s baking for the market. It doesn’t look like hard times here.”

“No one does. We are lucky to have paying jobs, but it means more chores for you, though,” said Papa, “being the oldest.”

“Everyone works at our house,” said Jessie.

And that was true. Violet, who was ten, helped with the laundry and set and cleared the table at dinnertime. And Benny? Benny was just five and he made everyone smile.

“That’s Benny’s job,” Mama had said, “to brighten our days.”

The door to the house opened suddenly and Violet and little Benny ran out into the snow, followed by Mama.

Benny lay down in the snow, making a snow angel, and Violet started rolling spring snow for a snowman. Mama looked up at the barn and waved. 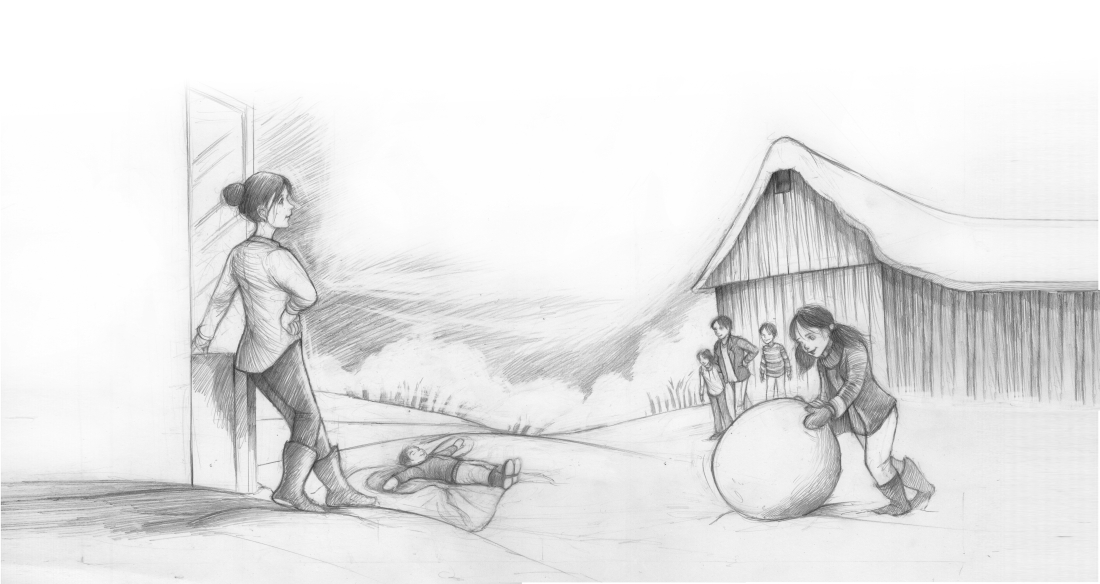 Henry and Jessie ran whooping down the hill, slipping and sliding in the snow.

“Watch out!” called Papa. “Mama has a snowball!”

In the paddock Betty stretched out her neck and mooed loudly.

Behind them, in the barn doorway, their papa smiled.

It was nighttime. Henry was reading a book in bed, the lamplight falling across the pages.

Jessie stood in the doorway.

Henry put the book down on the bedside table.

“Sometimes things happen we can’t do anything about,” said Henry.

“Maybe we have to find a way to do something,” said Jessie. “I need a longer list. I need something exciting to add to it.”

“Maybe something will happen,” Henry said.

“It’s too peaceful here,” said Jessie. “Every day is like every other day.”

As it turned out, something
would
happen.

Something not at all peaceful. Something Jessie and Henry could never have imagined.

It would happen the very next day.

Papa had been right about snow. It was still winter. It had snowed all night and was still snowing. There was no sun.

“You were right,” Jessie told Papa. “Right about winter.”

“No school for sure,” said Mama.

“No one on the roads, either,” said Papa. “Can’t take bakery goods to market.”

“That means a day off,” Mama said happily.

“You can be anything,” said Mama. “Anything at all.”

“I don’t think Violet will be a cow,” said Mama.

Henry put on his boots and coat and hat and went to the barn for chores. He put down new bedding in Betty’s stall. Boots was still outside, but Betty liked the barn in winter. Henry could see his own breath in the air. He could see Betty’s breath, too.

“Henry!” Jessie called from outside. She carried a pail of water for the cows. The wind took her hat, and her long hair blew around her face.

The Lady in the Mist (The Western Werewolf Legend #1) by Wolffe, Catherine
An Amish Christmas With the Bontrager Sisters by Hannah Schrock
The Rivals of Versailles: A Novel (The Mistresses of Versailles Trilogy) by Sally Christie
The Good Reaper by Dennis J Butler
The Return by Nicole R. Taylor
Midnight Crossing by Tricia Fields
18 Thoughts (My So-Called Afterlife Book 3) by Ayres, Jamie
Alpha by Rachel Vincent
Safe in His Arms by Renae Kaye
The Highwayman's Mistress by Francine Howarth
Our partner