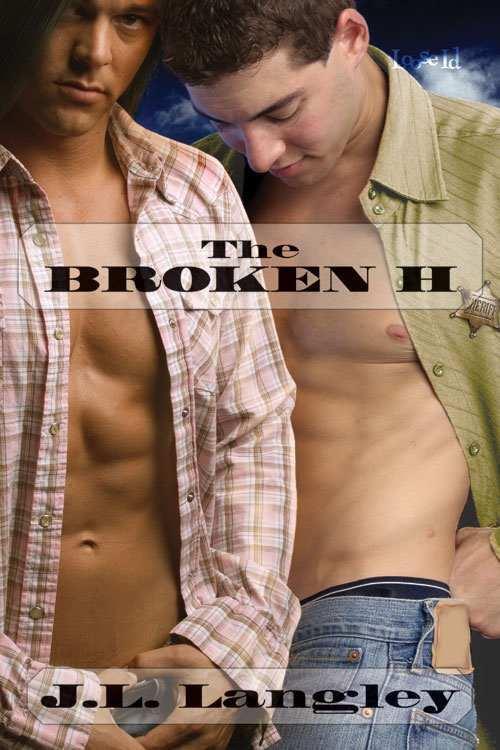 To Olivia Wong—What a team!!! MWAH! Thanks also to my wonderful critique group; Jet Mykles for her great input; April Martinez for her work on the cover; and, as always my love, my soul mate, Andre.

Damned broken rubber band.
Shane Cortez batted the stray black hair out of his face and once again considered rolling up the windows and turning on the A/C of the battered old ranch truck, but it was too nice outside. He was definitely going to have to get some of those elastic ponytail holders that women and girls used. His hair was just too darned thick. This rubber band was the third one he’d snapped this week.

He tucked the long and heavy strands behind the earpiece of his sunglasses again, then wound the windows up half way, hoping that it would help keep his hair from flying into his eyes and yet maintain the cool temperature. He was almost home, surely he could deal with both that long. Then he could rebraid his hair before he unloaded the supplies. If he could find a damned rubber band that is.

Shane drove up the Broken H’s drive and pulled to the rear of the house, slipping between his personal truck and the back fence of the big white colonial ranch house. He had barely gotten the truck in park before he saw Kaitlyn Hunter run toward him, her gray-streaked red hair flying wildly behind her.

His stomach knotted up with dread. Although the lady was still pretty lively for her age—her husband, Ted, liked to tease that it was the Irish in her—Shane could remember seeing that mane of red hair unbound only once in the entire twenty-six years he’d work on the Broken H: the morning the Hunters’ son, Gray, had been shot in the line of duty while on a drug raid with the rest of the San Antonio SWAT team.

Oh, God! Grayson.
Shane sucked in a breath, trying his best to keep nausea at bay even as he quickly opened the door and jumped out of the truck. “What is it Kaitlyn? What’s wrong?”

She came to a stop only a few feet from him, her petite body shaking. “Shane, hurry! It’s Ted! I think he’s having a heart attack!”

Damn, damn, damn!
Shane sprinted toward the ranch house, his heart pounding. Ted couldn’t be dying. He couldn’t! Hell, the man was only in his early sixties and had always been in reasonably good health. “Kaitlyn, did you call Grayson?”

“Oh, no! I didn’t think about it. I was about to get my car when you pulled up, Shane.” Kaitlyn could barely get the words out, her voice wavering.

Shane reached the kitchen and stopped dead in his tracks.

Ted was sitting at the kitchen table, his head resting on his arms. His gray hair fell into his eyes as his head popped up. Although he was pale and his face was a little pinched, he wasn’t the dying, thrashing heap Shane’s horrible imagination had conjured.

“Ted?” Shane frowned and rushed forward to put a hand on the older man’s shoulder.

“Shane. Did you get everything we needed from the feed store?” Ted’s voice was just a little strained.

He nodded. “Are you okay? Kaitlyn said you aren’t feeling too well.”

“Well, son, Katy’s right. I’ve got to say I’ve been better. You think you can drive me up to the hospital?”

“Absolutely.” Shane grabbed Ted under an arm and helped him to stand. The fact that he was willing to go to the hospital without being dragged kicking and screaming said more than anything how bad Ted must be feeling.

He all but carried the man out to Shane’s newer Chevy, about three yards away from the beat up blue ranch truck. As he settled Ted and Kaitlyn in the back of the silver quad cab and got behind the wheel, he calculated how close the nearest hospital was. He wasn’t ready to lose his…well, Ted was like a father to him. The older man and Kaitlyn had taken Shane in when he was sixteen; they were his family. Speaking of which…

As he left the driveway, Shane dug through his center console, hoping that was where he’d left his cell phone. He handed it to Kaitlyn with a brief word about calling her son, then quickly glanced back at Ted. Incredibly, Ted was the most calm among the three of them.

Kaitlyn’s small hand was hot and not quite steady as she took the phone from Shane. After a few seconds, she let out a distressed sound. “Darn it, Shane, I can’t work this thing! Is there a trick to it?”

Shane held out his hand again. “Let me see it. I’ll dial Gray and you can talk to him.” The phone touched his palm but was snatched away before he could close his fingers around it.

“Nonsense, Katy. Darlin’, the boy is driving. He can’t be dialing a phone. I’ll do it.”

Shane grinned, feeling much better about the situation. If Ted could still remain calm and take charge, he must not be as bad off as they feared.

The drive to the hospital was long and intense, but they finally made it. The emergency room doctor admitted Ted and immediately started running tests. Now all there was to do was wait. He hated waiting.

Kaitlyn had gone into the examining room with her husband and left Shane to make the appropriate calls and fill out the admissions paperwork. Ted had left a message with one of Gray’s deputies, but Shane hadn’t seen hide nor hair of the man himself. At one point during the interminable wait, Kaitlyn came to tell him that Ted had indeed had a heart attack, but she knew very little else. The doctors were still checking him out.

Shane had already called the Broken H to let the ranch hands know what was going on as well as told them to unload the truck. He’d looked out the window a couple of times and flipped through a magazine. He was doing anything he could think of to pass the time without worrying, but nothing was helping much. He was about to rise and search for a cup of coffee when a hand touched his shoulder.

He looked up into eyes the color of freshly cut grass and swallowed the lump in his throat. Why, after all these years, did the man still affect him this way? He stood and extended his hand, hoping like hell that the tremble of his fingers would be passed off as nerves from Ted being in the hospital.

It was a stupid thing, and ridiculous to say the least, considering his father was in the hospital, possibly dying, but the first thing Gray noticed was that Shane’s long black hair was down. He wished he could run his fingers through that glorious mane and erase the haunted look from Shane’s regal face. The man looked like the pictures of Native Americans in history books after they’d been forced onto reservations, defeated and hurt, but still proud.

Shane tugged on his hand.
Damn!
He hadn’t even realized he still had hold of the man. What was it about Shane that always had him making a complete and utter ass of himself?

Gray cleared his throat and sat down next to the one Shane had vacated, trying to regain his composure. Being this close to Shane was always disorienting, but receiving a message that his father was in the hospital with a suspected heart attack wasn’t helping his nerves either. “Have you heard anything about Dad’s condition? Is he going to be all right?”

Shane shrugged and sat down beside him. “Your mother told me the doctor said he did have a heart attack, but she didn’t know much more than that. They are still doing tests on him.”

Gray nodded, not sure what to say. He hadn’t been the world’s greatest son by any stretch of the imagination, but he loved his dad. “I need to get out to the Broken H more.”

“Sad that it takes something like this to make you realize it.”

Gray wasn’t sure Shane meant to censure him, but it was there in his voice all the same. “What the fuck is that supposed to mean?”

“Do you really want to argue right now, Grayson?”

Predator's Claim by Rosanna Leo
The Scamp by Jennifer Pashley
A Wrinkle in Time Quintet by Madeleine L’Engle
Guests of the Sheik: An Ethnography of an Iraqi Village by Elizabeth Warnock Fernea
How The Warrior Fell (Falling Warriors series Book 1) by Nicole René
The List by Karin Tanabe
Grown Folks Business by Victoria Christopher Murray
Falling For A Redneck by Eve Langlais
A Dark Night's Work by Elizabeth Gaskell
The Assassin Princess (Lamb & Castle Book 2) by J.M. Sanford
Our partner