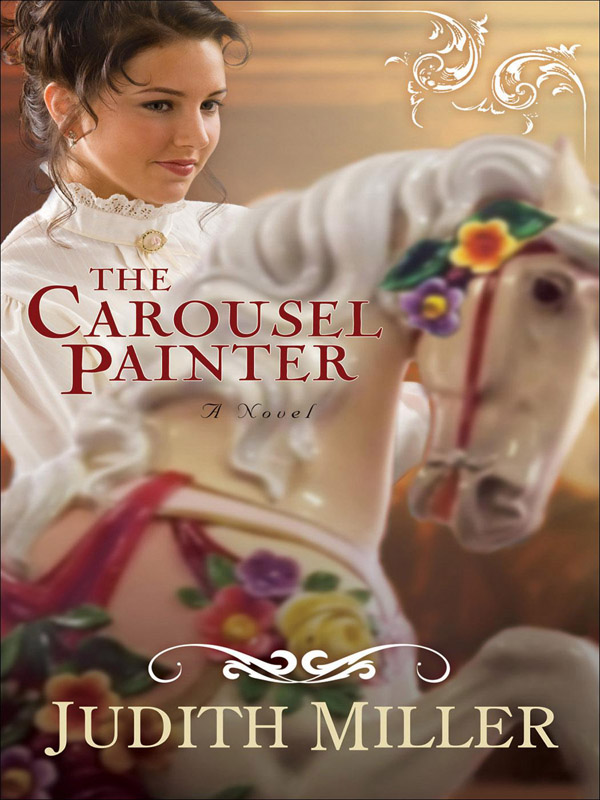 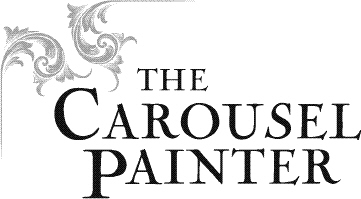 Library of Congress Cataloging-in-Publication Data is on file at the Library of
Congress, Washington, DC.

My son, Justin . . .
for the determination
to achieve your dreams.

I
perched on the edge of the brocade settee while Mrs. Galloway stared at me as though she’d discovered some new species of life. A curious look. One that made me feel as though I needed to check my appearance in the hallway mirror. Had the identity of Carrington Leigh Brouwer completely vanished on the journey from France? Possibly I’d sprouted horns. I considered touching my head to ensure that my suspicions were incorrect, for I’d never felt so uncomfortable in my life.

The very thought of stubby protrusions poking out from beneath my unfashionable straw hat caused me to force back a giggle—my compulsive reaction to unpleasant situations. I’d giggled at my mother’s funeral when I was ten years old. Last month I’d done the same thing when they placed my father in his grave. I’ve been told it’s a survival behavior used by many children. But at twenty-one years of age, I was no longer a child, and I doubted such conduct would endear me to this dour-faced woman. Then again, I wasn’t certain there was anything that would please Mrs. Galloway. Her lips appeared to be permanently fixed in an upside-down U.

She rang a small brass bell that brought a servant scurrying into the room. The maid didn’t look much older than me or any more pleasant than Mrs. Galloway.

“We’ll need tea, Frances. And tell Thomas I need to speak with him.”

The girl mumbled before turning on her heel.

Mrs. Galloway’s thin eyebrows dipped into a scowl. “Good help is impossible to find nowadays. Did you find the same to be true in Paris, Miss Brouwer?”

I forced myself to smile at the woman. “Please call me Carrington— or Carrie, if you prefer.”

Her look of expectancy vanished, and her thin lips tightened into a knot. She must have toyed with the notion that I had descended from people of wealth and distinction. I coughed to hold back a giggle that had risen to the back of my throat. Mrs. Galloway would be horrified to discover how little I knew about my ancestors. And what I did know would make her hair stand on end.

“Well, someone should have mentioned to your mother that Carrington sounds like a boy’s name.”

Mrs. Galloway’s abrupt comment put a halt to my meandering thoughts. I considered telling her my name was quite acceptable for a girl, but before I could respond, a gray-haired man wearing dirty work pants and a frayed shirt appeared in the doorway. It was probably good that the workman’s appearance squelched my reply. Otherwise, Mrs. Galloway would think me impudent as well as a descendant of questionable ancestry.

The spry-looking man swiped his palms on his denim trousers. “Frances said you wanted to see me. I was out in the—”

Mrs. Galloway waved the man into an abrupt silence. I assumed he must be Thomas.

The older woman’s frown deepened, and she pointed toward the front of the house. “Go out and get those trunks off the front porch and take them upstairs to the spare bedroom. There isn’t enough space in the bedroom for that crate. You’ll have to put it elsewhere.”

“I can put it in the gardening shed if you like. Should be enough room in there.”

“No!” I shouted the response without thinking. Now they were
both
staring at me as though I’d grown horns. “Wh-what I mean is,” I stammered, “that crate contains my paintings. My father’s canvases.” I waited, but neither of them appeared to understand. “I need to keep the crate indoors—with me—out of the weather.”

“Well, it won’t fit in the bedroom, and I can’t set it in the middle of the parlor, now can I?”

I momentarily considered telling the woman the parlor would do just fine, but such a remark would probably land both the crate and me in the gardening shed. Why hadn’t Augusta explained to her mother that I would be arriving with a crate that contained a few of my father’s paintings? Mrs. Galloway was gaping at me as though she expected some sort of response.

“If you could place them somewhere in the house, just until I can make other arrangements, I would be most grateful.”

“Well, there’s simply nowhere that I can think of,” she said as Frances walked into the room carrying a tea tray. “Oh, I know. Push the crate into that space under the stairs, Thomas.”

“But that’s where I keep
my
belongings,” Frances said.

Thomas glanced at Frances and nodded. I supposed it was common for servants to lend support to one another, but since we’d never had servants, I couldn’t be sure. One thing was certain: I’d made no friends since arriving at the white frame house on Marigold Street.

Frances shot an angry look in my direction that nudged me to action. I didn’t want the paintings shoved into the gardening shed, but intruding on the maid’s storage space wasn’t fair, either. “Surely there must be some other . . .”

Mrs. Galloway raised her hand, closed her eyes, pursed her lips, and gave a slight shake of her head. In that moment I decided Mrs. Galloway had a bit of a dramatic flair hidden beneath her ever-present frown.

“I’ll hear no more,” she announced. “The crate will be stored beneath the stairs until other arrangements can be made. For your sake, Frances, we’ll hope that is soon.”

I thought Mrs. Galloway hoped it would be soon for her own sake, as well. Except for ordering tea, she’d done nothing to make me feel welcome. “When do you think Augusta will return?” I inquired once the servants had disappeared.

“She’s off shopping for a new pair of shoes, so there’s no telling. However, I do hope it will be soon. I have a Ladies Aid meeting in an hour. As I recall, your letter said you wouldn’t arrive until tomorrow or the next day.”

I had already apologized for my unexpected appearance at her home. Didn’t Mrs. Galloway realize I’d had no control over the ship’s early arrival in port? To me, it had made good sense to catch the first available train to Ohio rather than to rent a room in New York City. To Mrs. Galloway, my early appearance had created an unwelcome interruption. I didn’t want to explain that my decision had been based upon the necessity of keeping my expenses to a minimum. Passage on the
Gloriana
had eaten up most of my scanty funds. Other than the few coins that remained in my reticule and my father’s crated paintings, I’d been cast adrift without financial resources. Not that my father’s paintings could be considered a financial resource.

Like his contemporaries, my father had occasionally sold a painting or two, but it had been art students like Augusta who had provided the bulk of his income. Even with his teaching, there had been more times than not when the rent had been paid late and the food meager. Augusta had been Papa’s most recent student, and she’d left Paris months ago.

Mrs. Galloway folded her hands in her lap and rolled her lips into a tight seam. Other than offering to catch the next train out of town, I wasn’t certain anything I said would please her. I truly hoped she would attend her Ladies Aid meeting. I’d be much more comfortable outside of her presence but dared not say so. “Augusta missed you dreadfully while she was in Paris,” I tried, flashing a smile. “But I’m confident you already know that.”

Mrs. Galloway’s dour expression evaporated for a moment. “And it seems she missed you as soon as she returned to Ohio. I must say I was shocked when Augusta told me of your plans to come for a visit.” Her smile was as weak as the tea she poured into my cup. “I was dismayed that she would send such an invitation without first requesting permission. I do believe my daughter forgot all proper etiquette and good manners while living in France.”

There was now no doubt Mrs. Galloway was unhappy to have me as a houseguest. I didn’t know how to respond. Besides, I felt as though a wad of cotton had taken up residence in my mouth. I swallowed a sip of tea and hoped it would help. It didn’t.

The older woman stirred a spoonful of cream into the pale brew. “How long do you plan to remain in Ohio, Miss Brouwer?” Little finger in the air, she lifted the cup to her lips and took a sip.