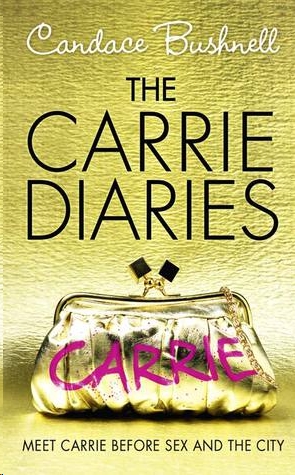 A Princess on Another Planet

The Mysteries of Romance

You Can’t Always Get What You Want

How Far Will You Go?

Cliques Are Made to Be Broken

The Assumption of X

The Circus Comes to Town

The S-H-I-T Hits the Fan

Hold On to Your Panties

A Free Man in Paris

CHAPTER ONE
A Princess on Another Planet

They say a lot can happen in a summer.

It’s the first day of senior year, and as far as I can tell, I’m exactly the same as I was last year.

And so is my best friend, Lali.

“Don’t forget, Bradley, we have to get boyfriends this year,” she says, starting the engine of the red pickup truck she inherited from one of her older brothers.

“Crap.” We were supposed to get boyfriends last year and we didn’t. I open the door and scoot in, sliding the letter into my biology book, where, I figure, it can do no more harm. “Can’t we give this whole boyfriend thing a rest? We already know all the boys in our school. And—”

“Actually, we don’t,” Lali says as she slides the gear stick into reverse, glancing over her shoulder. Of all my friends, Lali is the best driver. Her father is a cop and insisted she
learn to drive when she was twelve, in case of an emergency.

“So?” The last new kid who came to our school turned out to be a stoner who never changed his overalls.

“Uh-huh.” Jen P was the head of Leif Garrett’s fan club in sixth grade. “If he actually is cute, Donna LaDonna will get him.”

“He has a weird name,” Lali says. “Sebastian something. Sebastian Little?”

“That’s it,” she says, pulling into the parking lot of the high school. She looks at me suspiciously. “Do you know him?”

I hesitate, my fingers grasping the door handle.

My heart pounds in my throat; if I open my mouth, I’m afraid it will jump out.

We’re through the main door of the high school when Lali spots my boots. They’re white patent leather and there’s a crack on one of the toes, but they’re genuine go-go boots from the early seventies. I figure the boots have had a much more interesting life than I have. “Bradley,” she says, eyeing the boots with disdain. “As your best friend, I cannot allow you to wear those boots on the first day of senior year.”

“Too late,” I say gaily. “Besides, someone’s got to shake things up around here.”

“Don’t go changing.” Lali makes her hand into a gun
shape, kisses the tip of her finger, and points it at me before heading for her locker.

“Good luck, Angel,” I say.
Changing
. Ha. Not much chance of that. Not after the letter.

Thank you for your application to the New School’s Advanced Summer Writing Seminar. While your stories show promise and imagination, we regret to inform you that we are unable to offer you a place in the program at this time.

I got the letter last Tuesday. I reread it about fifteen times, just to be sure, and then I had to lie down. Not that I think I’m so talented or anything, but for once in my life, I was hoping I was.

I didn’t tell anyone about it, though. I didn’t even tell anyone I’d applied, including my father. He went to Brown and expects me to go there, too. He thinks I’d make a good scientist. And if I can’t hack molecular structures, I can always go into biology and study bugs.

I’m halfway down the hall when I spot Cynthia Viande and Tommy Brewster, Castlebury’s golden Pod couple. Tommy isn’t too bright, but he is the center on the basketball team. Cynthia, on the other hand, is senior class president, head of the prom committee, an outstanding member of the National Honor Society, and got all the Girl Scout badges by the time she was ten. She and Tommy
have been dating for three years. I try not to give them much thought, but alphabetically, my last name comes right before Tommy’s, so I’m stuck with the locker next to his and stuck sitting next to him in assembly, and therefore basically stuck seeing him—and Cynthia—every day.

“And don’t make those goofy faces during assembly,” Cynthia scolds. “This is a very important day for me. And don’t forget about Daddy’s dinner on Saturday.”

“What about my party?” Tommy protests.

“You can have the party on Friday night,” Cynthia snaps.

There could be an actual person inside Cynthia, but if there is, I’ve never seen it.

I swing open my locker. Cynthia suddenly looks up and spots me. Tommy gives me a blank stare, as if he has no idea who I am, but Cynthia is too well brought up for that. “Hello, Carrie,” she says, like she’s thirty years old instead of seventeen.

Changing. It’s hard to pull off in this little town.

“Welcome to hell school,” a voice behind me says.

It’s Walt. He’s the boyfriend of one of my other best friends, Maggie. Walt and Maggie have been dating for two years, and the three of us do practically everything together. Which sounds kind of weird, but Walt is like one of the girls.

“If you want me to be on the prom committee, the answer is no.”

Cynthia ignores Walt’s little joke. “It’s about Sebastian Kydd. Is he really coming back to Castlebury?”

Not again.
My nerve endings light up like a Christmas tree.

“That’s what Doreen says.” Walt shrugs as if he couldn’t care less. Doreen is Walt’s mother and a guidance counselor at Castlebury High. She claims to know everything, and passes all her information on to Walt—the good, the bad, and the completely untrue.

“I heard he was kicked out of private school for dealing drugs,” Cynthia says. “I need to know if we’re going to have a problem on our hands.”

“I have no idea,” Walt says, giving her an enormous fake smile. Walt finds Cynthia and Tommy nearly as annoying as I do.

“What kind of drugs?” I ask casually as we walk away.

“Like in
Valley of the Dolls
?” It’s my favorite secret book, along with the
DSM-III
, which is this tiny manual about mental disorders. “Where the hell do you get painkillers these days?”

“Not likely.” I try to squeeze the memory of my one-and-only encounter with Sebastian Kydd out of my head but it sneaks in anyway.

I was twelve and starting to go through an awkward stage. I had skinny legs and no chest, two pimples, and frizzy hair. I was also wearing cat’s-eye glasses and carrying
a dog-eared copy of
What About Me?
by Mary Gordon Howard. I was obsessed with feminism. My mother was remodeling the Kydds’ kitchen, and we’d stopped by their house to check on the project. Suddenly, Sebastian appeared in the doorway. And for no reason, and completely out of the blue, I sputtered, “Mary Gordon Howard believes that most forms of sexual intercourse can be classified as rape.”

For a moment, there was silence. Mrs. Kydd smiled. It was the end of the summer, and her tan was set off by her pink and green shorts in a swirly design. She wore white eye shadow and pink lipstick. My mother always said Mrs. Kydd was considered a great beauty. “Hopefully you’ll feel differently about it once you’re married.”

“Oh, I don’t plan to get married. It’s a legalized form of prostitution.”

“Oh my.” Mrs. Kydd laughed, and Sebastian, who had paused on the patio on his way out, said, “I’m taking off.”

“Again, Sebastian?” Mrs. Kydd exclaimed with a hint of annoyance. “But the Bradshaws just got here.”

Sebastian shrugged. “Going over to Bobby’s to play drums.”

I stared after him in silence, my mouth agape. Clearly Mary Gordon Howard had never met a Sebastian Kydd.

It was love at first sight.

In assembly, I take my seat next to Tommy Brewster, who is hitting the kid in front of him with a notebook. A girl in the aisle is asking if anyone has a tampon, while two girls behind me are excitedly whispering about Sebastian
Kydd, who seems to become more and more notorious each time his name is mentioned.

“His family lost all their money—”

I force Sebastian Kydd out of my thoughts by pretending Cynthia Viande is not a fellow student but a strange species of bird. Habitat: any stage that will have her. Plumage: tweed skirt, white shirt with cashmere sweater, sensible shoes, and a string of pearls that is probably real. She keeps shifting her papers from one arm to the other and tugging down her skirt, so maybe she’s a little nervous after all. I know I would be. I wouldn’t want to be, but I would. My hands would be shaking and my voice would come out in a squeak, and afterward, I’d hate myself for not taking control of the situation.

The principal, Mr. Jordan, goes up to the mike and says a bunch of boring stuff about being on time for classes and something about a new system of demerits, and then Ms. Smidgens informs us that the school newspaper,
The Nutmeg
, is looking for reporters and how there’s some earthshaking story about cafeteria food in this week’s issue. And finally, Cynthia walks up to the mike. “This is the most important year of our lives. We are poised at the edge of a very great precipice. In nine months, our lives will be irreparably altered,” she says, like she thinks she’s Winston Churchill or something. I’m half expecting her to add that all we have to fear is fear itself, but instead,
she continues: “So this year is all about senior moments. Moments we’ll remember forever.”

Suddenly Cynthia’s expression changes to one of annoyance as everyone’s head starts swiveling toward the center of the auditorium.

Donna LaDonna is coming down the aisle. She’s dressed like a bride, in a white dress with a deep V, her ample cleavage accentuated by a tiny diamond cross hanging from a delicate platinum chain. Her skin is like alabaster; on one wrist, a constellation of silver bracelets peal like bells when she moves her arm. The auditorium falls silent.

Cynthia Viande leans into the mike. “Hello, Donna. So glad you could make it.”

“Thanks,” Donna says, and sits down.

Donna nods at Cynthia and gives her a little wave, as if signaling her to continue. Donna and Cynthia are friends in that weird way that girls are when they belong to the same clique but don’t really like each other.

“As I was saying,” Cynthia begins again, trying to recapture the crowd’s attention, “this year is all about senior moments. Moments we’ll remember forever.” She points to an AV guy, and the song “The Way We Were” comes over the loudspeaker.

I groan and bury my face in my notebook. I start to giggle along with everyone else, but then I remember the letter and get depressed again.

But every time I feel bad, I try to remind myself about what this little kid said to me once. She was loaded with
personality—so ugly she was cute. And you knew she knew it too. “Carrie?” she asked. “What if I’m a princess on another planet? And no one on this planet knows it?”

That question still kind of blows me away. I mean, isn’t it the truth? Whoever we are here, we might be princesses somewhere else. Or writers. Or scientists. Or presidents. Or whatever the hell we want to be that everyone else says we can’t.