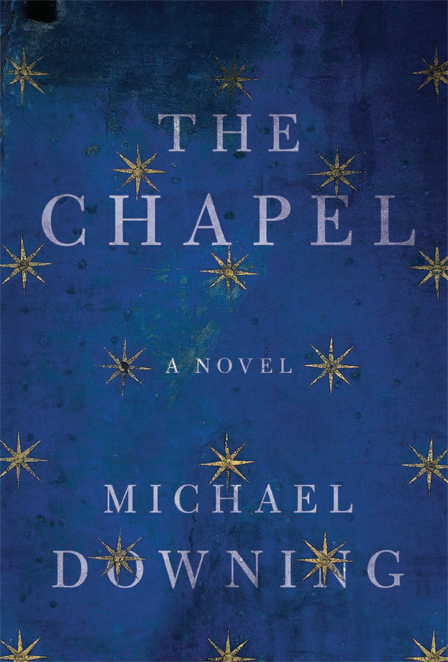 Memory, so complete and clear or so evasive, has to be ended, has to be put aside, as if one were leaving a chapel and bringing the prayer to an end in one's head.

T
he first time I got lost in Paris, I was not alone. Mitchell was holding my hand, a habit he'd suddenly acquired while we were boarding the airplane in Boston to begin our belated honeymoon. We'd never flown together, so I initially chalked this up to nerves. But he latched on for the entire taxi ride from the airport to our hotel, and during the next few days he often reached across a cafÃ© table and squeezed my hand or laced his fingers into mine as we left a museum, pulling me nearer to him, as if he wanted to reassure me, as if our three-year marriage had been a trial period and this trip signaled his decision to stay and brave the future with me at his side. Despite the city's amorous reputation, most of the hand-holding I noticed among Parisians that week involved teenage girls or children under the age of six, but that was true of short pants and white socks, too. Mitchell had packed only one pair of full-length trousers. He did bring a suit, his wedding attire, which came out for a fancy dinner and never saw Paris again.

After that trip, neither did we. But we got lost together that breezy blue day in the Marais.

We had set out from the Louvre to find a famously cheap bistro recommended by one of Mitchell's colleagues at Boston College. However, the promise of a hot pile of
pommes frites
receded block by block as we passed window displays of increasingly pricey petits fours, perfume, and pearls. Finally, Mitchell said, “I don't think any of these places would serve French fries.”

I said, “These places wouldn't serve us.”

“You look like a native,” he said. “I look a little too beatnik.”

More Boy Scout than Left Bank, I thought. Mitchell was a handsome, barrel-chested man with a close-cropped mat of wavy dark hair slightly receding at the top of his big head. When he put on a sport coat and tie, he looked pensive and strong, but he was only a few inches taller than I was, so he was not quite as big as the sum of his parts. In short pants, he looked top-heavy.

But if Mitchell's legs were exposed on that warm June day, so were my pretensions. I was wearing one of three Marimekko shifts I'd purchased for this trip. It was still the '70s. For the newly appointed interim assistant reference librarian at the Cambridge Public Library, I looked rather chic. In the better neighborhoods of Paris, I looked like a bolt of upholstery.

“I'm not sure I'm up to asking for directions,” I said, knowing he hoped I would take the initiative.

I could get us safely through a menu, and to boost my confidence about speaking in French, Mitchell had taken to pointing quizzically as he lay down on
le lit
in our hotel room, or raising his
stylo bille
before he signed
un Travelers cheque
at a restaurant or jotted something down in his
cahier
âwords I would speak and he would repeat as many times as it took for me to approve his pronunciation. He surely knew more French vocabulary than I did, so this pretense should have been annoying or demeaning. But Mitchell had just
finished a rough semester, and I wanted him to know that I was game for anything, that I'd be on his side whether or not he got tenure, that wherever we went, we were in it together. So I decided to believe what Mitchell had repeatedly told me, that he was a competent reader but could not speak or follow a conversation in French. And after a few days, those language lessons turned into something more rewarding, something like flirting in public.

I also guessed that Mitchell couldn't tolerate some shopkeeper calling him out on his pronunciation. He didn't want to be chastened again. I didn't blame him. At his year-end tenure review that spring, he had been rated “underperforming” in the scholarship category. This was a man who regularly lectured in Italian, was fluent in Spanish, and taught illiterate undergraduates to read Latin. He had written his dissertation on
De vulgari eloquentia,
a treatise on the virtues of plainspoken Italian, which Dante, ironically, wrote in Latin. Mitchell had always been happy to expound on this irony and all things Dante until one night a few months before we left for Paris, when we had dinner at our apartment with a college classmate of his.

Tom Moulton had come to Cambridge for a medieval-history conference. He was on the tenure track at Princeton and had just published his first book, “just under the wire,” he said a couple of times, until I finally asked what that wire was, and he said, “Thirty.” His emaciated, viciously polite wife, Kitty, spent most of the evening squealing words and phrasesâGalley kitchen! Ham roll-ups! Venetian blinds! Blush wine! You two! No car? Fondue! When she finally exhausted her supply of astonished nouns, Kitty excused herself for a minute, and Tom seized the opportunity to grill Mitchell about his long-overdue book.

“I'm calling it
Who Stole Dante?
”

Tom glanced at me and said, “Catchy title.”

Mitchell had a knack for titles, perhaps because he'd written more titles than pages in the last three years.

“It's probably going to need a subtitle,” Mitchell added, “much as I hate writers who spell out the whole thesis on the cover.”

“When can I get my hands on a few chapters?” Tom hadn't shifted his gaze away from me yet. He knew there was no book. “Or is Liz your only trusted reader?”

Mitchell said, “Liz is a dynamite reader. And don't forget, she's a researcher of sorts, in her own way.”

Tom pulled a folded-up piece of stationery from his blazer pocket. “Before I forget,” he said as he bent back the creases, exposing an embossed Harvard logo. He handed the sheet to Mitchell. “They want someone with a Ph.D., and it'll definitely help that you have teaching experience.”

Mitchell said, “This is the job listing?”

Tom said, “I know someone on the search committee.”

Mitchell was still reading when he said, “It's not a faculty position.”

“It's in FAS,” Tom said argumentatively. He shot me an accusatory glance, as if I ought to back him up.

Mitchell said, “Faculty of Arts and Sciences.” He wouldn't look at me. “It's not a teaching job.”

“It is a job in academe.” Tom looked my way and wincedâconspiratorially? Apologetically? “Most administrators at Harvard and Princeton have Ph.D.s,” he added petulantly and then retreated deep into the sofa. “Anyway, they want to fill the position quickly.”

“Oh, Tom,” I said, slathering my voice with feigned disappointment. I snatched the stationery from Mitchell's fingers and pretended to read the text. “I was truly excited for a minute there. I honestly thought you were about to tell us that you'd been offered a job at Harvardâa ticket out of New Jersey for you and Kitty.”

Tom tilted his head and gave me a wan little grin as if to apologize for any embarrassment he might have caused. He said, “Let me know soon if you think of someone who might be interested.”