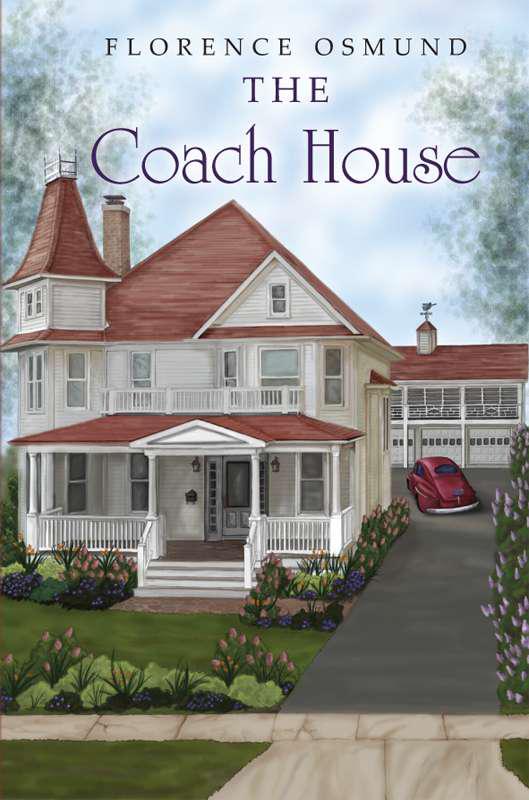 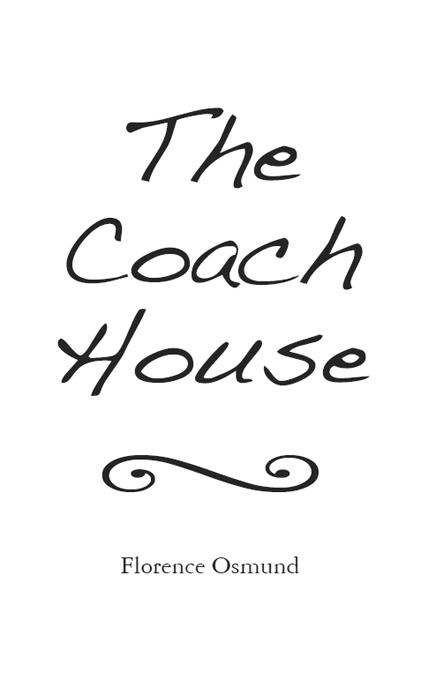 In memory of my parents,
Margaret J. and Walter E. Osmund, Sr.

Thank you for everything.

This book would not have come about without the help and insight from many people.

I especially owe thanks to family members, Marge Bousson and Estelle Felgenhauer, who meticulously reviewed early drafts and provided valuable feedback. I am also appreciative of family member, Jeffrey Bishop and friends, Saundra Forde, Marc Grens and Patricia Madro for their comments and insight.

I thank Carrie Cantor for her invaluable critique of an early draft. Not only did she provide constructive criticism on the content of the narrative, but she enlightened me on the finer points of narrative arc, point of view and “Chekhov’s gun” principal.

And finally, thanks to Team Apollo at Createspace. The services they provided in editing, graphic arts, design, and formatting were right on point and delivered efficiently and effectively, making my first publishing experience a positive one.

He stood on the busy sidewalk at the corner of State and Randolph streets and watched the young woman walk around the Marshall Field’s department store window display in her stocking feet. The hem of her blue satiny dress swirled around her as she moved, touching the back of her calves with each step, calling attention to her Betty Grable legs, and making him forget the original purpose for his being in this part of town. He strained to get a look at her face, but she was preoccupied with her work, oblivious to him and all the other pedestrians bustling around Chicago’s busy Loop.

He watched her position and reposition the stiff mannequin. After looking around to see if any other passersby were observing him observing her, he moved closer to the center of the window. At twenty-five, Richard had had his share of girlfriends, every one of them a beauty, but none as captivating as her.
What do I have to do to get your attention, gorgeous?
He cased her left hand for a wedding band.
C’mon, sweetheart. Look my way.

When she finally noticed him, he froze for an instant, grabbed his chest with an open palm, and smiled. Her glossy close-to-black hair softly framed her flawless olive-skinned face and accentuated her deep-set whiskey brown eyes. His heart raced.

Exerting his best charm, Richard proceeded to give her hand signals to point out which way he thought she should position the mannequin. Try uncrossing her legs, he pantomimed. Now put her arm across the back of the sofa.

The young woman gave him a puzzled look at first and then smiled back at him. He beamed when he saw her face redden as she tried to follow his directions. She looked at him for approval each time she rearranged an arm or leg, a reaction that encouraged him even more.

After several attempts, she took a couple of steps back to look at her handiwork and then shook her head. He couldn’t help but laugh. The mannequin didn’t look anything like a happy housewife relaxing in the front room listening to the radio while dinner was cooking in her brand-new 1944 Tappan Deluxe six-burner double oven.

With her back toward him, she continued her work. When he thought he couldn’t stand the distance between them any longer, he tapped on the window, causing her to jump. He took off his Fedora and held it to his chest, gave her his best smile, and mouthed, “Can we meet?” The awkward moment that followed didn’t deter him. He gave her a slow wink and then gestured toward the door.

She looked at him for a long moment before revealing any response. Her narrowed eyes and tilted head told him she was dubious of his suggestion. He smiled at her again.
Come on, sweetheart, please don’t make me beg.

“Okay,” she mouthed back and then disappeared through a concealed door at the back of the display window.

It was one of those unbearably hot days in August when even the walls seeped sweat, the time of year when most Chicagoans yearned for cooler weather, only to complain about that, too, come December. Twenty-one-year-old Marie Marchetti suffered from a cruel summer cold with sinuses so congested they felt like they would detonate with each sneeze. She was at work planning the upcoming Labor Day clothing displays in the Marshall Field’s flagship Loop store when her cold peaked. By ten o’clock in the morning, she was too incapacitated to concentrate on what she was doing and told her boss, Catherine Olsen, she needed to go home and to bed.

Marie dragged herself to the parking garage across the street and got in her 1938 Ford Coupe. It was in good condition for an eight-year-old car, thanks to her husband Richard, a man with a keen appreciation for automobiles. She started the engine, took in a shallow breath, and closed her eyes for a few seconds while she mustered up the energy to put the car in gear.

She mindlessly listened to the news. Earthquake leaves 20,000 people homeless in the Dominican Republic. President Truman establishes the Atomic Energy Commission. Writer H. G. Wells dies. The depressing reports made her head pound harder, so she turned the radio off. All she could think about was going to bed.

It was a six-mile drive up Lake Shore Drive to her Lakeview neighborhood home. Rows of grey and brownstone buildings lined the drive on her left. People owned these apartments—rich people who weren’t much affected by the downturned economics following World War II. On the right, the gentle waves of Lake Michigan rose and fell along the shoreline while Canadian geese practiced their V formations over the water, a surprisingly early drill for this time of year.

The two-story brick home on Byron suited newlyweds Marie and Richard. Purchased six months earlier, just a few weeks before their wedding, it was an older home with high ceilings, hardwood floors, and natural oak woodwork. Richard, a medical equipment salesman, used one of the three bedrooms for his home office.

Marie parked her car in the garage, fumbled for her keys, and unlocked the side door of their home. Once inside, she threw on a soft, floor-length chenille robe, swallowed two aspirin, and curled up on the living room sofa under a blanket. Flushed and shivering from the effects of the fever, she lay there with half-shut eyes waiting for the pain in her face to subside. When it did, she fell asleep.

It took her several seconds after waking up in a barely conscious state to realize someone was ringing the doorbell. She pulled herself off the sofa, straightened her robe, and ran her fingers through her tussled hair before opening the front door.

“Where’s Richard?” the man in the shiny grey suit asked abruptly, his black hair slicked back tight against his large head under a too-small felt hat. No introduction. No small talk. Just that one brief and unmannerly question.

Marie brushed away a strand of hair dangling on her cheek, stared at the stranger for a moment, and thought about whether or not to shut the door in the man’s boorish face. “He’s at work,” she told him without expression. Deciding to ignore his bad manners, she asked, “Is there a message I can give him?”

The man looked her up and down and, with all the warmth of a snake, said in a thick voice, “Jus’ tell ‘em Vincent was here. He’ll know what it’s about.” He tipped his hat, showing off his diamond pinkie ring, turned away from her, and with a quick and jerky gait walked toward his double-parked black Cadillac. Still feeling the effect of his greasy glare, Marie watched him drive away while wondering what
that
was all about.

This wasn’t the only recent conundrum involving her husband that bothered her. Lately, there had been several late-night phone calls that Richard obviously didn’t want her to hear. His opaque explanations about the calls were always the same—they were work-related, and he didn’t want to bore her with such stuff. Eager to build a life with the man she so dearly loved, Marie desperately wanted to believe him.

When Richard came home that evening, she relayed the message from Vincent. “Who is he, hon?” she casually asked. “I don’t remember you ever mentioning a Vincent before.”

“Uh…I used to work with him,” he mumbled as he turned away from her. “I haven’t seen him in years. Hey, can I get you anything, sweetheart? Aspirin? How about a cup of tea?”

“Well, how will you know how to contact him? He didn’t leave a phone…”

Prep work by Singer, PD
Echoes in the Dark by Robin D. Owens
Louis L'Amour by The Warrior's Path
Music of the Night by Suzy McKee Charnas
The Mask of Night by Tracy Grant
Jade by Rose Montague
The Fighter (The High Rise, Book 1) by Harper Bentley
Seducing Samantha by Butler, R. E.
The Heaven I Found In Hell by Andrews, Ashley
Thin Ice: An Inspector Gunna Mystery (Gunnhildur Mystery Book 5) by Quentin Bates
Our partner