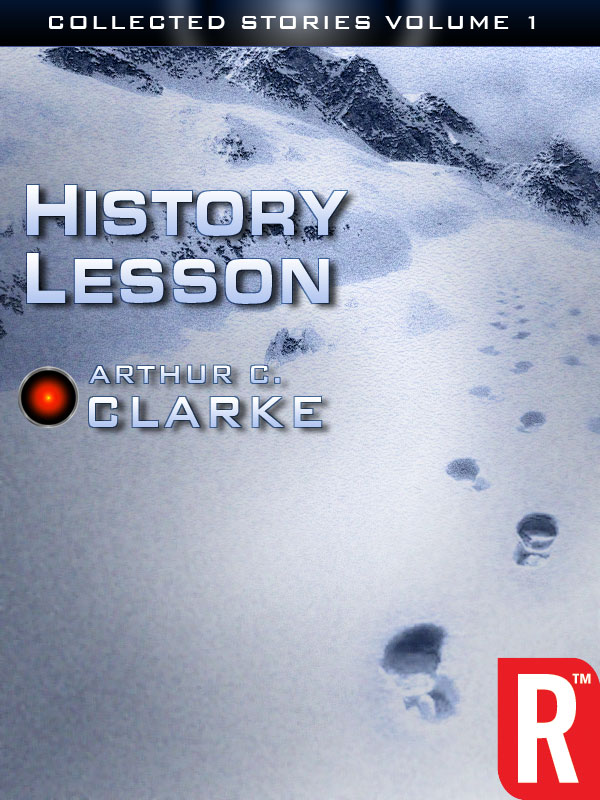 Cover art to the electronic edition copyright © 2012 by RosettaBooks, LLC.

All rights reserved. No part of this book may be used or reproduced in any form or by any electronic or mechanical means, including information storage and retrieval systems, without permission in writing from the publisher, except by a reviewer who may quote brief passages in a review.

How We Went to Mars

The Wall of Darkness

A Walk In the Dark

Trouble With the Natives

The Road to the Sea

Arthur C. Clarke is perhaps H.G. Wells’ truest heir not within the confines of science fiction but through the breadth of literature. Clarke, like Wells, was a realist and historian with more than a slash of mysticism, and it is that mysticism (
The Time Machine
for Wells;
Childhood’s End
for Clarke) which informed their work, differentiated it from most of their contemporaries and eventually made them central to the canon. Neither thought of himself as a mystic; both were committed rationalists. (Clarke’s 1992 eulogy on the death of Isaac Asimov mourned the loss of this great logical mind “At a time in human history when logic was never more needed.”) But the misty, lost far future of
The Time Machine
is perhaps Wells’ summary creation, and the mysterious aliens with tails who beckon in
Childhood’s End
comprise not only a shock of recognition, they are the cosmos’ rebuke of human belief in scientific resolution.

Clarke was born in 1917 and lived through a childhood in which England, riven and exploded by the horrors and losses of World War I, was coming slowly and unwillingly to terms with the irrevocable recession of Empire. Kipling was the poet and novelist of retreat (and Wilfred Owen the author of the First World War’s truest testimony) and to Clarke that crumbling and slow decay were embodied in his fiction from the start, counter to a mysticism which might have held to the idea of a restored Empire. Eric Frank Russell (1905-1978) was, although older, contemporaneous in early career to Clarke, and before Clarke had eclipsed him Russell was regarded as the leading British writer of American-influenced science fiction. Russell was a major figure from 1937-1959 and Clarke never quite eclipsed him… but Russell’s boisterous bureaucrats and space adventurers were overtaken eventually by Clarke’s considerably more complex and self-evaluative protectors of the dream. Clarke stood more or less solitary at the top of the British school for two decades, and even though J. G. Ballard and Brian Aldiss, pessimists and stylists, emerged in the 60’s as more evolved and visionary stenographers, Clarke, largely due to Kubrick’s 2001 whose seed was planted in the 1949 “Sentinel,” was never in his long maturity displaced as the most important writer among his countryman.

This could be ascribed in part to his 1952 forward-looking nonfiction popular study,
The Conquest of
Space
, one of the earliest books for a general audience which made the mechanics and the imminence of space travel accessible. The book was surprisingly made a full selection of the then powerful Book of the Month Club and sold millions of copies, established Clarke as a major writer, made him a familiar cultural presence and vastly expanded the audience for his fiction.
Childhood’s End
, published a year later, was one of Ian Ballantine’s earliest publications for his new paperback firm and was, along with Ray Bradbury’s nearly synchronous
Fahrenheit 451
, perhaps the most successful science fiction novel of its time. Clarke’s visionary aspect in tandem with the rationalism of his nonfiction not only evoked his great influence Wells, it reshaped Wells (who died in 1946) for the post-nuclear world.

Clarke’s early stories here, beginning with some amateur fiction published in British fanzines and probably written in his teens, refract that early expansion of theme and style. His two early stories for
Astounding
, “Rescue Party” and “Loophole,” are in their brevity utterly characteristic (and sardonic); a later
Astounding
story, “Hide and Seek,” demonstrates an early and offhand virtuosity and pace. The best known of the contents here, “History Lesson,” was destroyed in its first publication (not in
Astounding
) by “Its execrable illustrator” as Damon Knight wrote; if it is first encountered here its full sardonic impact will be unshielded. Clarke had far to go still but this collection, ending at the half-century, gives full indication that he would get there.

According to my indefatigable bibliographer, David N. Samuelson (
Arthur C Clarke—a primary and secondary bibliography, G.K. Hall
) my first attempts at fiction appeared in the Huish Magazine for Autumn 1932. I was then on the Editorial Board of the school Journal, which was presided over by our English master, Capt. E. B. Mitford—to whom I later dedicated my collection
The Nine Billion Names of God
. My contributions were letters, purporting to be from old boys, working in exotic environments, which clearly had science-fictional inspiration.

But what
is
science fiction anyway?

Attempts to define it will continue as long as people write PhD theses. Meanwhile, I am content to accept Damon Knight’s magisterial: ‘Science Fiction is what I point to and say “
That’s
science fiction.”’

The writer of science fiction is faced with a problem which the writers of so-called main-stream fiction—devoted to a tiny sub-section of the
real
universe—don’t have to worry about. They seldom need to spend pages setting the scene: sometimes one sentence will do the trick. When you read ‘It was a foggy evening in Baker Street’, you’re there in a millisecond. The science fiction writer, constructing a totally alien environment, may need several volumes to do the job: the classic example is Frank Herbert’s masterwork
Dune
and its sequels.

So it’s rather surprising that many of the finest works of science fiction are short stories. I can still recall the impact of Stanley Weinbaum’s
A Martian Odyssey
when the July 1934
Wonder Stories
arrived. When I close my eyes I can see that characteristic Paul cover: never before or since did I read a story—and then go straight back to the beginning and read it right through again…

So perhaps the short story is to the whole science fiction
genre
as the sonnet is to the epic poem. The challenge is to create perfection in as small space as possible.

But how long is a short story? I am sorry you asked me that…

The shortest one you’ll find in this volume contains 31 words; the longest, more than 18,000. Beyond that we enter the realm of the novella (horrid word) which mergers imperceptibly into the full-length novel.

Please remember that while these stories were written the world underwent greater changes than in the whole of previous history. Inevitably some of them have been dated by events: however I have resisted all temptations for retrospective editing. To put matters in perspective, roughly a third of these stories were written when most people believed talk of space flight was complete lunacy. By the time the last dozen were written, men had walked on the Moon.

By mapping out possible futures, as well as a good many improbable ones, the science fiction writer does a great service to the community. He encourages in his readers flexibility of mind, readiness to accept and even welcome change—in one word, adaptability. Perhaps no attribute is more important in this age. The dinosaurs disappeared because they could not adapt to their changing environment. We shall disappear if we cannot adapt to an environment that now contains spaceships, computers—and thermonuclear weapons.

Nothing could be more ridiculous, therefore, than the accusation sometimes made against science fiction that it is escapist. That charge can indeed be made against much fantasy—but so what? There are times (this century has provided a more than ample supply) when some form of escape is essential, and any art form that supplies it is not to be despised. And as C. S. Lewis (creator of both superb science fiction and fantasy) once remarked to me: ‘Who are the people most opposed to escapism? Jailors!’

C. P. Snow ended his famous essay ‘Science and Government’ by stressing the vital importance of ‘the gift of foresight’. He pointed out that men often have wisdom without possessing foresight.

Science fiction has done much to redress the balance. Even if its writers do not always possess wisdom, the best ones have certainly possessed foresight. And that is an even greater gift from the gods.

I am greatly indebted to Malcolm Edwards and Maureen Kincaid Speller for collecting—and indeed locating—virtually all the short pieces of fiction I have written over a period of almost seventy years.

Science fiction has always encouraged an enormous amount of amateur writing, and there have been literally thousands of duplicated (sometimes printed) magazines put out by enthusiastic ‘fans’. […] The first stories I ever completed appeared in some of these magazines […]. If they do nothing else they may serve as a kind of absolute zero from which my later writing may be calibrated. ‘Travel by Wire!’ was my first published story.

You people can have no idea of the troubles and trials we had to endure before we perfected the radio-transporter, not that it’s quite perfect even yet. The greatest difficulty, as it had been in television thirty years before, was improving definition, and we spent nearly five years over that little problem. As you will have seen in the Science Museum, the first object we transmitted was a wooden cube, which was assembled all right, only instead of being one solid block it consisted of millions of little spheres. In fact, it looked just like a solid edition of one of the early television pictures, for instead of dealing with the object molecule by molecule or better still electron by electron, our scanners took little chunks at a time.