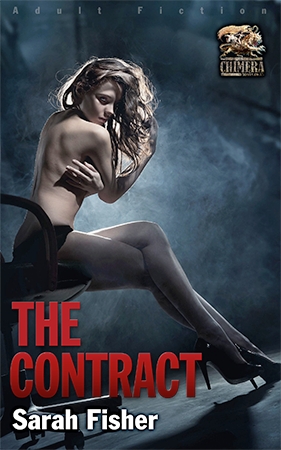 Behind the two-way mirror over-looking Roderick Banyon's office in the huge headquarters block that the great multi-national company owned, the only two directors of Fielding and Johnson who really mattered watched the proceedings with intense interest.
Max Fielding poured himself a large scotch.
"Easier than we thought."
Johnson nodded. "With Emily Lawrence at Deuvar we'll be able to flush Peter Howard out of the woodwork."
Max swirled the ice in his glass. "Are you still convinced Peter Howard is alive? Why don't you let it go, Johnson? Magenta went down in the crash, it's lost with Peter and his plane."
Johnson shook his head. "I'm convinced that bastard is out there somewhere." He lifted his glass skyward. "And I intend to prove it. He will try and rescue her and I'll be waiting. No-one double crosses me. I'll get Magenta back."
Thoughtfully, Max looked through the glass at Emily Lawrence. She could be no more than twenty and delightfully self-assured for one so young. No wonder Peter Howard had been so keen on her. Small, with high up-tilted breasts and long legs accentuated by her carefully tailored skirt, her apparent composure was belied by the throbbing pulse in her long neck. Her grief was reflected in her delicate features. He understood Johnson's rage at Peter Howard's betrayal, but even so he couldn't help but feel that perhaps the turn of events hadn't been all together unfortunate.
Emily was beautiful and he knew from his carefully documented research that Peter was her first and only lover. To Johnson she was simply bait, but Max would take the greatest pleasure in stealing Emily away from Peter Howard – whether he was dead or alive. Possessing her wouldn't make up for what Howard had stolen, but Max Fielding would revel in it never-the-less. He felt a familiar stirring in his groin; he was going to enjoy Emily.

Their accountant, Roderick Banyon, had resumed his seat behind the marble-topped desk. Emily had placed the phone back in its cradle; her eyes were wide now, a flicker of fear in her face. Banyon's expression was cool, almost disinterested.
He rested his finger tips together lightly and spoke in a low voice. "I'm waiting, Miss Lawrence."
Slowly Emily's fingers fumbled with the top button of her blouse. She shivered as the material gave way; beneath she was wearing a delicate white bra. Her nipples – hard dark peaks – pressed against the lace. She slithered the skirt down over her rounded hips. The dark triangle of hair beneath the sheer fabric of her panties couldn't quite disguise the contours of her sex. She was hesitant; her reluctance adding an erotic frisson.
On the far side of the mirror Max moved closer to the glass. Only Peter Howard had seen Emily like this. Until now those subtle curves and plains had been the province of just one man, now she would share them with many, the first being Roderick Banyon. Emily bit her lip and began to struggle with the catch of her bra. Her pale face betrayed her anxiety, her lips trembled. The scrap of lace fell to the floor and instinctively she covered her naked breasts with long slim fingers.
Banyon shook his head. "Oh, no," he said softly, his voice clearly audible through the mirror's speakers. "Peter owes us far too much for you to be coy, my dear." He indicated her crotch with his hand. Flushing scarlet, Emily slipped off her knickers. Banyon nodded approvingly. "That's much better," he said on an outward breath. "Now come over here."
Emily took a tentative step towards the desk and he smiled. "From now on you will do exactly as you are told, do you understand?"
The girl nodded, her eyes never leaving Banyon's face. He opened his desk drawer and removed a studded leather collar, with metal links set into each side. "Lift you hair," he said, "and come closer."
She crept towards him, her expression betraying a mixture of fear and anticipation. Banyon smiled triumphantly as she knelt in front of him, her pert breasts brushing his knees. Glancing up towards the two-way mirror he fastened the buckle and then dropped his hands to her shoulders. "I want you to suck me dry," he said in a soft voice that did not disguise the command.
She hesitated, then dropped her head, nervous fingers seeking out the zip of his trousers, pulling it down, reluctantly exposing his throbbing cock. She moved slowly onto all fours, full buttocks exposed and slightly apart, revealing the delicate pink lips of her sex nestling between them.
Slowly, slowly, she took Banyon into her mouth, fighting her revulsion and fear. As her lips closed around him, Banyon caught hold of the thick collar and pulled her closer.
"Ah!" he gasped as the girl began to work on him with her tongue. His eyes closed as she wriggled closer.
In the pit of Emily's open sex was a glistening droplet of moisture, caught in the lamplight. Though her mind might deny the fact, her body couldn't lie – she was enjoying her unexpected submission!

Behind the glass, Johnson was already on his feet. He opened a cabinet in the little hidden room and removed a riding crop.
Max snorted and drained the remains of his scotch. "I thought you liked to leave that side of the business to Leonora?"
Johnson flexed the slim leather riding crop speculatively between his fingers.

The Good Conscience by Carlos Fuentes
Behind the Scene by Vargas, Emory
Emma's Table by Philip Galanes
The Trophy Hunter by J M Zambrano
They Do It With Mirrors by Agatha Christie
Thuvia, Doncella de Marte by Edgar Rice Burroughs
Bear the Burn (Fire Bears Book 2) by T. S. Joyce
Terms of Enlistment 01.2: Measures of Absolution by Marko Kloos
The Resurrection of the Romanovs by Greg King, Penny Wilson
Emergence (The Primogenitor Chronicles Book 1) by Siana Wineland
Our partner