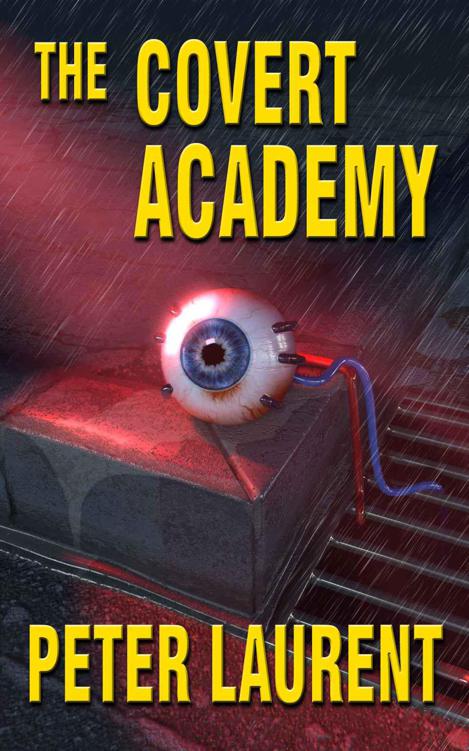 To my wonderful parents who enabled me to follow my dreams. I could not have done this without you. Also thanks for helping to edit and proofread this book!

The computer could have filtered out his brain’s perception of the air conditioner, but the soft humming sound reminded Simeon of his drones.

He smiled to himself.

Almost everything reminded
Simeon Warner of his precious drones.

Looking out of the reinforced one-way windows at almost 200 metres up the Tower, Simeon could watch the local drone patrols zip across their air lanes. They weren’t quite as useful as his private fleet, over which he alone had direct control. These regular patrols were just automatons, but they kept the world from dragging itself to hell.

Then again, he reflected, the flatness of the Chicago skyline was a constant reminder of how close they had come to
that. Not to mention the drones’ efficiency at rooting out trouble areas by simply eliminating line-of-sight issues in every city.

As he watched, a small squad of six drones scanned the crowd’s facial tics and inflections and calculated the probability of unruly behaviour. They swiftly dropped out of the sky and descended upon a group of people who had been walking all too casually towards a Confederate bank. They didn’t stand a chance. The would-be thieves were either disarmed or dead within seconds.
How they'd planned to spend their loot, Simeon couldn't guess. The banks' money was only for the Specialist Class 2 Workers. No one else would touch the stolen money if they didn't want a squad of drones on their tail.

Peasants should have known better
, Simeon thought,
and been more grateful for the peace we’ve brought.

He realised he was smiling again, and rearranged his face into his best dispassionate expression before turn
ing to face the High Council.

He sighed inwardly as he studied their faces. A pathetic bunch. Their looks of worry were so obvious, he didn’t need a computer to tell him. Giving nothing of himself away, he took the seat at the far side of the table as the last Council member hurried in and sat at the opposite end with an excited expression. Simeon cast his eye over the newcomer. His intra-Personal Computer implanted in his eye automatically scanned the late arrival.

“Excited and
spiteful,” he read the words in his eye as they appeared on the Head’s Up Display etched onto his retina. He reproached himself for missing that one. Too much on his mind this evening. He’d deal with it. Or would have it dealt with for him by one his faithful flying enforcers. Whichever was more efficient.

Looking up at his fellow members of the Confederacy, he had to resist another smile as he realised that he would be taking care of this himself. The member who had come last was none other than General Withers, decorated hero, at least among the loyal Confederates, wearing his usual spit and polish uniform with its four silver stars gleaming in the dying rays of the sun. The light caught Simeon in the eye. The General was an all around pain in the ass for him. But he’d have fun with this when his moment came.

‘Apologies for my lateness everybody... I’ve just come from my labs. The project is finished, we can stop this now.’

He paused to let his words sink in as murmurs swept through twenty of the best people in the world.

“Best” being a matter of opinion
, thought Simeon.

These were people who had barged their way into their current positions of power through whatever skills they excelled at. Most of them were simply smart enough to invest in fresh water or phosphorus 20 years ago and had become ludicrously rich. Some had controlling interests in corporations vital to the war. And a few, like the General, had had ample opportunity to work their way up the military ladder, ending right here at the top.

Still, he hadn’t heard of this project the General mentioned, and the one thing Simeon hated was surprises. He waited for the noise to die down and the General to continue.

‘We can stop this now. It
's not too late, we can shut all the drones down... we can even have elections again, it will be safe. I will make it safe.’

Everyone was hushed now, as he scanned the room.

The room all but exploded.

The noise was so deafening Simeon’s intra-Personal Computer took a full second to react and turn down the decibel level. He cupped his hands to his ears. It had been a long time since he’d had an involuntary reaction to anything so human.

The twenty people had begun yelling all at once. At him, at the General, at each other, or to themselves just to be doing
something
. Only Simeon and the General kept silent as their eyes met. The General blinked furiously and looked away. They both knew what this would mean. If the General was telling the truth, the balance of power amongst the Council had shifted firmly in his direction.

The bio-ID concept was
only a legend. If the General’s lab techs had truly developed a system for tracking and monitoring anyone, anywhere, without a drone... the implications were staggering.

He wondered if the General really intended to hold elections. It was hard to believe after
more than twenty years. An entire generation had grown up not knowing what it would mean for them. Or what they had missed. Were missing.

They were
better off without the vote. Judging from the way the room began to quieten and look to the General as their saviour, Simeon suspected he was the only one who still understood this. He was the only one who knew what was best for the people. They couldn’t be trusted. Humankind had come so close to extinction and they had brought it upon themselves.

The casual tone stole away the last of the rumblings from the members in the room. All eyes looked between the General and Simeon.

‘Oh, it’s
secure
Simeon. You don’t think I’d let something like that out of my sight, do you?’

It wasn’t really a question, Simeon didn’t bother to answer it. Instead he continued in what was fast becoming an interrogation.

‘You will give it to me, Withers, or I’ll take it. Save yourself the trouble of me having to get through you.’

The threat was said softly, as though the General sat right next to h
im. The room held its collective breath, allowing his voice no trouble projecting to the other end. Withers lived up to his name, only for a moment, before shaking it off. He smashed his fist on the table and stood to address the members of the Confederacy.

‘When we formed this collective, we agreed it was a temporary solution. For twenty years we’ve kept order through our knowledge, resources and of course... military might. But it can’t be sustained. There are more attacks on Confederate property every day and by people who
merely demand privacy and security.’ Withers looked at each of the members one by one, pointedly ignoring Simeon.

This was a speech well rehearsed
, Simeon realised.

‘We have given the people secur
ity,’ General Withers continued. ‘We’ve given them security, at the cost of their privacy. We all agreed this was the only solution, that
hasn’t
changed.’

Another surprise
. Simeon grated his teeth, but kept silent.

‘Privacy is an illusion,’ the General said. ‘Apart from our Colonnade, there is nowhere in the world that is private. The only exception is the mind. Sure we can make a good guess at what someone will do or think based on a number of defining factors, but if they believed we knew for
certain... the entire world would become a collective just as we are. And we need never have another war in human history.’

The thoughtful silence at this proposal was definitely not
what Simeon was hoping for. At best he’d expected anger from the other members, or at the very least a flat-out refusal. Simeon knew the only way to get people to behave, like civilised human beings, was to force them.

For a General, Withers was amazingly cautious with his use of power. He’d trick the people into believing they had their precious privacy rather than enforce the law. That was his weakness. That Withers actually went to the
trouble of creating the bio-ID at all when he did not even plan to use it, showed his level of stupidity. Its existence would change the course of human history. Being able to know not just where a scanned person was but what they were thinking would be more than enough to put down any attempts at resistance.

Simeon had to have it. And he wouldn’t stop there.
Without even raising an eyebrow, he bypassed the situation room’s security and remotely powered up his drones.

For the second time in the space of a few minutes, the room exploded. This time with shock, bewilderment and fear from those around him, at least according to Simeon’s iPC display.

About time
, he thought, as his drones went straight for the General.

The alley was much the same as the last one and would likely be the same as the next. Not that Joshua would take any chances. From his perch at the top of an adjacent fire escape, he could survey the entire area. Through the gloom, steam poured out of manhole covers, doing its best to spoil his view.

Resorting to Murder (A Darcy Sweet Mystery Book 11) by K.J. Emrick
The Walk On by John Feinstein
Today's Embrace by Linda Lee Chaikin
Beyond the Bounty by Tony Parsons
Utz by Bruce Chatwin
All Fired Up by Kristen Painter
The Ruination of Essie Sparks (Wild Western Rogues Series, Book 2) by Barbara Ankrum
Game by Barry Lyga
Until the End of Time by Danielle Steel
Chains of Ice by Christina Dodd
Our partner