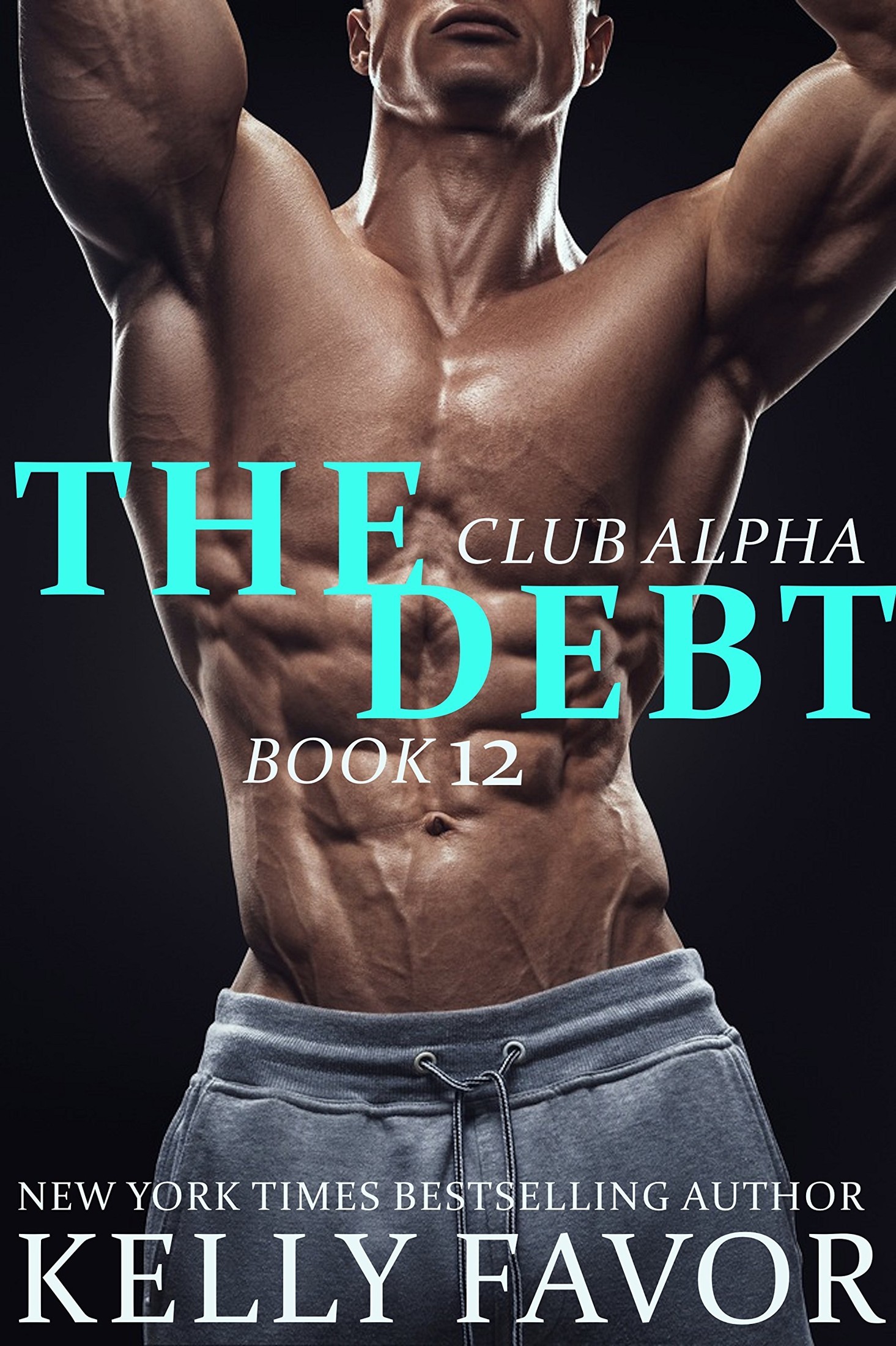 Sitting in the press conference after the
football game was like being lowered into a pot of boiling water.

Faith might’ve even preferred being
dropped in boiling water to sitting there and watching Chase Winters getting
grilled by reporters as he dealt with one of his worst losses ever.

Faith thought only one thing could’ve
felt worse—and that’s if she’d been forced to answer questions like Chase
was having
to do at the moment.

He’d just had one of the worst games of
his life, and now he had to endure the barbs and arrows that the reporters were
throwing his way.

Question after question peppered him, and
each one was like a punch or a kick.

Chase stood in the front of the room,
towering above the small podium that had been erected, the microphone catching
his every word clearly.

And the
lights and cameras trained on his face would also notice every little
expression, every nuance and reaction.

There was nowhere for him to hide, and she
could tell that the media was
loving
this—loving
the drama of it all.

For her part, Faith sat in the very back
of the room and tried not to be noticed by the rest of the press.

She was still vaguely worried that
someone would come along and demand she show her credentials, but Chase had
assured her repeatedly that it would be fine for her to be there.

You’re
my girl
, Chase had told
her as she’d protested, telling him she’d just wait back in his private room
until the conference was over.

She hadn’t wanted to watch this unfold in
real time, in a room full of reporters and press, with Chase at the center of the
violent storm.

She was nauseous and
trembling inside.

Chase Winters had blown the game so badly
that even she was wondering if he’d done it intentionally.

Was
someone paying you to play that badly?
She’d wanted to ask him.

Now she was here, watching Chase field
question after question and she was struggling through it—just like him.

“Would you say that you were surprised
that your passing wasn’t as accurate today as you’d assumed it would be?” a
reporter asked him.

“I guess that would be one way of
putting it,” he said.

A nervous titter ran through the room.

“Well, what way would you put it, then?”
the reporter followed up.

Chase looked directly at the man.

“I’d say I was disgusted with myself for
playing like crap.”

Another reporter spoke up.

“It seemed like your offensive line
offered good protection today.

Was
that a positive step, despite the loss?”

He was dressed in a very nice sweater,
and his hair was still slick from the showers.

The loss is on my shoulders entirely.”

“Chase, do you think this is just a case
of being new to the league?

Are you
just trying to find the rhythm in this new team, with new plays and new
situations?”

He shook his head, laughing a
little.

“You know, sometimes it’s
just much simpler than that.

There’s no big secret, no mysterious reason for a bad performance.”

Chase looked up at the entire room, but
his eyes seemed to focus in on Faith.

“Sometimes the truth hurts, and you can’t run away from that.”

The room fell silent for a moment.

She swallowed drily, her hands
clenching.

What was that supposed
to mean?

Did he actually intend for
that comment to be directed towards her?

“Is there a question in
there?” he said, scratching his cheek and fidgeting at the podium.

“I’m asking you to elaborate on what
went wrong between you and if there was any miscommunication going on.

The two of you didn’t seem to be gelling
today, and I’m wondering if he wasn’t always in the right spot or if—“

“He was always exactly where he was
supposed to be,” Chase interrupted.

Another grizzled reporter raised his
hand.

Chase glanced and pointed at
him.

“Chase, everyone in New England has very
big hopes for you.

You’re widely
considered to be the savior of the franchise.”

Chase laughed at this comment, but it
wasn’t a happy laugh.

“Bring it
on,” he said, waving the man to continue.

“Well, I’m wondering if you think perhaps
the pressure of all of these fans’ hopes and dreams being placed on your
shoulders has been too much.

Do you
think maybe it’s time to recalibrate the expectations of your NFL career?”

“Whose expectations?” Chase said, his
eyes getting intense.

“Yes,” Chase told him, and the press
murmured.

I’m not any different from
anyone else.”

“But Chase,” the grizzled veteran spoke
up yet again.

“You have to know that people do expect
more from you.

You make a lot of
money because you supposedly function at a very high level, higher than the
rest of us.”

“I never said I deserved to be paid this
much.

Faith felt sicker than ever.

She put a hand over her mouth, as
someone from the Patriots’ staff stepped in and smartly ended the questions,
stating that Chase had just played a tough game and had graciously answered
enough for the day.

People were still shouting questions at
him as he left the podium and made his way out of the room.

He looked over towards Faith and gestured
for her to follow, and so she grabbed her purse, scooted out of her seat and
ran over to fall in behind him as he left the press conference.

On the drive home, Chase was sullen.

Faith didn’t want to upset him with
questions, especially since he’d certainly been harangued enough by the
press—and there would be lots more to come.

She could already envision the headlines
that would come out:

But at the same time, she couldn’t help
but wonder just what Chase was hiding.

His performance had truly been abysmal, and she didn’t believe it was
just an “off day.”

No, he’d avoided throwing to Velcro like
the man had the plague.

And if Chase had secrets, there was no
way for Faith to know just how dark and deep those secrets were
.

Or how much of his life had been
corrupted because of his past.

She kept replaying the moment where Chase
showed her the painting in his bedroom with thousands of dollars stuffed inside
of it, and the references he’d made to a life filled with secrets and danger.

A mental picture of Chase’s old friend
Boogie floated into her mind—the sly smile on his face, the comments he’d
made about Chase getting in trouble if the cops were called.

“I feel sick,” Faith finally admitted, as
she wondered if she was going to vomit in Chase’s car.

He glanced at her, some concern written
on his face.

“Do you want me to
pull over?”

She hesitated, thinking that perhaps the
nausea was passing.

The worst of it, anyway.

She took a deep breath and then
exhaled.

“What’s wrong?” he asked, shifting gears
in the sports car as they hit the highway.

She had to laugh.

What’s not wrong? She thought.

That’s a better question with a shorter
list of answers.

“Something funny about my question?” he
said.

She stopped laughing and shook her
head.

“Faith, I’m the one who played badly.

If anyone should be puking after today’s
game, it’s me.

You need to stop
worrying so much,” he told her.

“But I do worry,” she told him
softly.

“I care about you, and I
hate seeing you hurt.

I don’t like
seeing you sad or troubled or—“

But he wasn’t fine and it seemed to Faith
that they both knew it.

When they got back to his neighborhood in
Beacon Hill, Chase parked the car and then they walked hand in hand towards his
building.

As they walked, people began shouting at
him.

Some were saying nice things
like, “
keep
your head up!” or “you’ll get ‘em next
time, Chase!”

But others were not so kind.

Some yelled out passing car windows or
from unseen open windows.

The
catcalls were disorienting.

They said things like, “you suck,
Winters!” and “why won’t they pay me ten million dollars to choke?” or “you
should be ashamed of yourself!”

It was exhausting, and the walk from the
car to the apartment was short.

Chase, for his part, was stoic in ignoring the commentary.

He unlocked his apartment and let them
inside, closed the door and locked it behind them.

Faith sat down heavily on the couch and
breathed a relieved sigh to be away from the public.

Chase chuckled, throwing his keys on the
coffee table.

“Maybe it’s not worth it then.”

He made a face and turned away, and she
regretted the comment.

Chase went into
the kitchen, asking if she needed a drink or a sandwich.

She told him she was fine, but he came
back a few minutes later carrying a bag of popcorn and a couple of bottles of
water.

He sat down next to her on
the couch, opened the bag.

“Come
on, you know you’re hungry.”

It turned out he was right.

Maybe because she’d thrown up at the end
of the game, but whatever the case, she was starving.

She kicked off her
shoes and Chase grabbed her feet, put them in his lap and slowly massaged her
feet.

His hands were warm, strong
and reassuring against her skin.

“That feels good,” she admitted, smiling
a little.

Chase smiled back at her.

“Even though I’m the one who needs their
feet rubbed.”

“You don’t need to tell me,” he said,
looking her in the eyes.

She ate a handful of popcorn as he rubbed
the soles of her feet, relaxing her entire body with his skillful fingers.

How
many women would kill to be in my position right now?

Maybe
not as many as before today
,
she told herself—and then felt instantly guilty.

“You want to talk about it?

“I know you’re already sick of thinking
about it.”

“Are you really going to get them next
time?” she asked.

“Or will you just
keep doing what you did today?”

The words had come out unexpectedly, but
now they hung in the silence, and Chase had stopped massaging her feet.


He was just looking blankly at her,
and she was shocked too.

Secrets of the Siren [Sirens and Sailors 5] (Siren Publishing Classic) by Bella Settarra
Hitler's Last Days by Bill O'Reilly
Legacy of Secrets by Elizabeth Adler
After the Fall: A Vampire Chronicle (Book One) by Gorry, Mary Ellen
El cuaderno rojo by Paul Auster
Storm (Devil's Hornets MC) by Kathryn Thomas
Family in His Heart by Gail Gaymer Martin
Hunted (FBI Heat Book 1) by Marissa Garner
Royce by D. Hamilton-Reed
Down Among the Women by Fay Weldon
Our partner