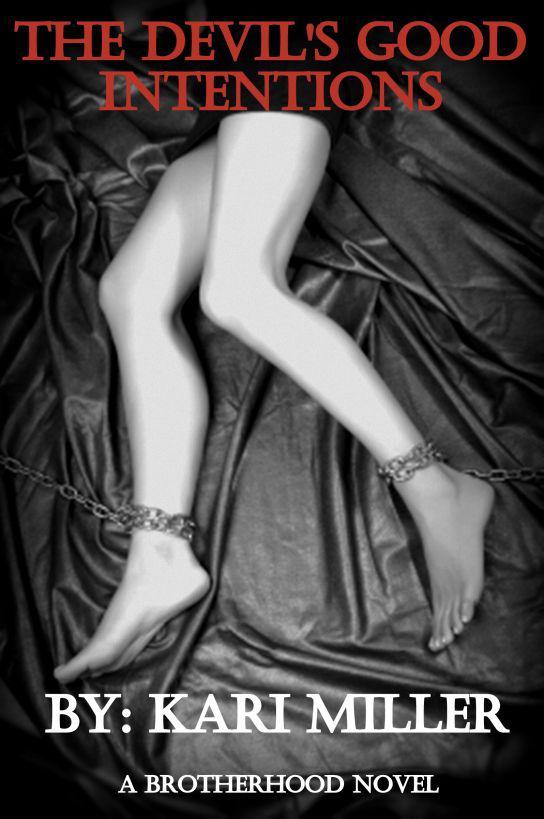 Book 1 of 2 of The Brotherhood Series

This ebook is licensed for your personal enjoyment only. This ebook may not be re-sold or given away to other people. If you would like to share this book with another person, please purchase an additional copy for each recipient. If you’re reading this book and did not purchase it, or it was not purchased for your use only, then please return to
Smashwords.com
and purchase your own copy. Thank you for respecting the hard work of this author.

Your support and respect for the property of this author is appreciated.

Chapter 1 - The Cost of Freedom

Chapter 2 - The Death of Freedom

Chapter 5 - A Lesson in Trust

Chapter 11 - A Taste of the Brotherhood

Chapter 28 - A Storm is Brewing

Chapter 32 - Picking up the Pieces

Chapter 35 - A Journey to the Past

Chapter 39 - Where You Belong.

Chapter 1 - The Cost of Freedom

Standing in the shadows of the ballroom brought back memories of a time when she was happy in her life and when she didn't have to worry about where she would get her next meal from. Lady Katherine Rochester had lived a grand life of wealth and freedom. She always had the best of educators and she soaked up information like a sponge. When her mother and brother died in child birth, her Father had started to drink more frequently than he already was and let the world around him crumble, including his only daughter.

Katherine had tried to pick up the pieces and maintain the estates, but without her father continuing his business ventures, the money began to dry out. By the time she was fourteen; her Father had brought them to financial ruin and dragged all of his partners and investors down with him. Katherine tried to take over the chores that the servants had occupied since their dismissals, but even that was too much.

Barely able to feed herself from the small amount of money they had left, she had instead lived off of the eggs and vegetables in the garden while dedicating the remainder of their money into medical bills for her father.

When Katherine turned 15, her Fathers health took a turn for the worst and the doctor declared after careful examination that his liver could give out and poison him at anytime. While trying to nurse her Father back to health, she spent the majority of her days dealing with creditors and debt collectors.

It saddened her to watch all of their possessions sold off and her home become an empty hole. She had lost all but two estates, the one they resided at and a small cabin that she had managed to destroy all evidence of, that was buried deep into the forest. Katherine was no fool, she knew that once her Father passed on she would need to flee and her survival skills were strong. She had started moving family heirlooms over to the cottage as well as seeds for planting and most of her wardrobe. She often worried about money and survival but refused to dwell on it until the time came for her to flee.

Right before her sixteenth birthday, her Father passed on. By that time she was well prepared, emotionally and physically, to deal with the death of her Father and of her life as a Rochester. She knew that her Father had left her a severe debt that she could never in two life time’s pay off and feared that his debts would become her responsibility. The night that her Father died, she mourned him into the morning and then without a backwards glance, she ran.

Katherine didn’t want to know what had happened to the estate. For two years now, Katherine had managed to make a home in her small cottage and stay out of the public’s eye. With the wardrobe she was able to salvage, she would attend open balls and masquerades only staying long enough to fill up on food and flee. During the winter months Katherine suffered the most. The cottage was drafty and she could never seem to cut enough wood to last her throughout the winter and spring. She knew she was a smaller version of what she could be. When her Mother had been alive and her life had been filled with love, she had been told that she had the makings to be a beautiful woman and even had families who attempted to corner her into an early betrothal to strengthen alliances and secure a beautiful bride. Her Mother was against such contracts and protected Katherine from that fate. When her Mother died, her father was too drunk and beaten down to care about anything. The freedom that her Mother was so adamant to protect gained Katherine a type of freedom that no parent would wish on their child. Katherine was independent and saw how her Mother bowed to every one of her Father’s demands and just how weak of a character her father really was when push came to shove. She much preferred to have to scrape for food and shiver at night then to have to bow down to a man, men to her were bullies and not dependable.

From the corner of her eye, Katherine saw one of her childhood friends enter the room not five feet from where she hid herself. Laura Ramsay had just been wed to Lord Jeremy Bright and judging by the look on Laura’s face, as her new husband admired the bosom of a passerby, she was at the tail end of her honeymoon phase. Katherine stepped back even further into the shadows and adjusted her mask and hair, the last thing she wanted was for Laura to recognize her.

After she had fled from the estate, she caught wind that the remainder of the Rochester Estate was auctioned off and that she was a wanted woman. Katherine was always careful and had not yet been caught. She had accepted a few go a rounds the dance floor by gentlemen who happened to notice her, but she never stuck around long enough to find out if she had been identified. Now Katherine had sufficiently stuffed her belly and stashed a good portion of food into her purse. She just needed to get out and she would be safe once again.

“
Could you at least wait until my back is turned” Katherine heard Laura hiss at her husband as they passed by. All she received in response was a disrespectful chuckle and a roll of the eyes.

Katherine bowed her head and stepped out of the shadows, making her way to the door.

“
Leaving so soon?” She heard from behind her.

The voice was low and uttered in a seductive drawl. Goose bumps licked across her skin and her heartbeat kicked up to a noisy clanging in her ears. Deciding that turning around to respond to the gentlemen who owned the velvet voice would be more dangerous than pretending that she did not hear him, she opted to continue and make her escape.

Picking up her pace – and her skirts – she neared the door and breathed out a breath of relief when the cool night air filled her lungs.

Once outside, she dared not look back. Keeping her head down and sticking to the shadows, she made her way back home, which would take her close to an hour of walking in the dark. Katherine had accustomed herself to the dark and rarely got frightened anymore. Once she reached the forest and her familiar pathway, she took off her mask and her shoes, breathing in her first real breath of air since the sun had set that night.

Suzanne Robinson by The Treasure
Witness by Beverly Barton
The Understatement of the Year by Sarina Bowen
Sign Of The Cross by Kuzneski, Chris
Bringing Home a Bachelor by Karen Kendall
Find My Baby by Mitzi Pool Bridges
Maeve's Symphony by Marianne Evans
Untamable Rogue (Formerly: A Christmas Baby) by Blair, Annette
Revenge by Fiona McIntosh
Veil of the Dragon (Prophecy of the Evarun) by Tom Barczak
Our partner