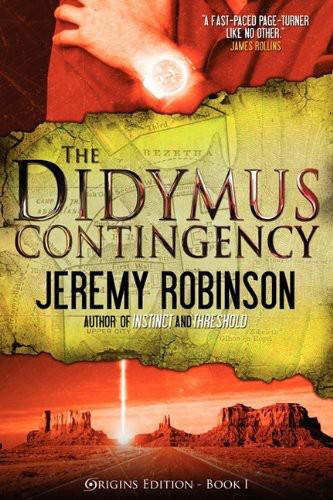 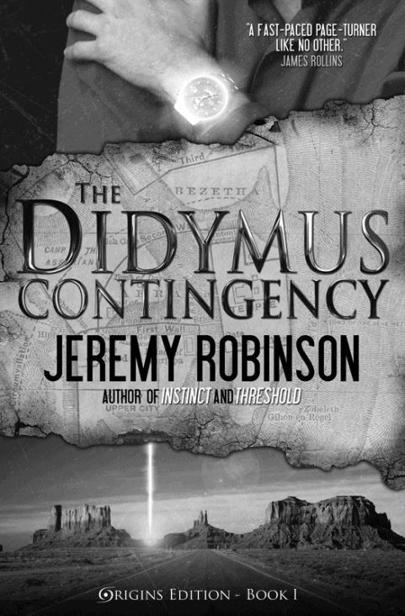 My career as an author began in a very different way from most authors. I didn’t submit my books to agents or publishers; I self-published them under the umbrella of a small press I created, Breakneck Books. With each book release, I got feedback from readers, both good and bad, and used the critiques to improve my writing. So while most authors take their licks in private in the form of off-the-record advice from industry pros, I was flogged in the public square for all to see. My growth as an author has been a very public affair.

But it worked. Not only did my writing improve with each book, but so did my sales. And by the third book release, ANTARKTOS RISING, I had captured the attention of Scott Miller, my superb agent at Trident Media Group, and Peter Wolverton, editor supreme at Thomas Dunne Books, an imprint of St. Martin’s Press, who has signed me on for five novels—PULSE, INSTINCT, THRESHOLD, SECONDWORLD and ISLAND 731, the first three of which are now (4-27-2011) in print.

THE DIDYMUS CONTINGENCY was my first novel. I wrote it after several years of writing screenplays, which is evident in the very visual style of the writing. Though I have grown a lot as an author since completing this book in 2001, it continues to be the favorite of many readers and one of my bestselling books. The book was nearly made into a movie and received far more praise than I was expecting, including an endorsement from my favorite author.

After finishing THE DIDYMUS CONTINGENCY, I sent it to James Rollins, master of the action-adventure novel. Rollins ended up really enjoying the book and provided this blurb: “A unique and bold thriller. It is a fast-paced page-turner like no other. Not to be missed!" I asked his advice and he agreed with my fear that the book was too Christian for mainstream publishers and too mainstream for Christian publishers. He suggested self-publishing the book. I hadn’t considered that option before and followed Jim’s advice. I sold 6000 copies in a year at $18 a pop and laid the groundwork for Breakneck Books, my future novels and my current success.

Because the story portrays the events surrounding the life of Jesus—as detailed in the Bible—as being accurate, it gets a good number of angry reviews and perhaps turns people away from my 100% mainstream fiction, but I owe this story my career. If I could go back in time, I wouldn’t change a thing…though this Origins Edition has been expanded, revised and, thankfully, re-edited.

I hope you enjoy this first chapter of the five books that comprise the origins of my career. Let the flogging continue!

To experience my growth as an author, check out the Origins books in chronological order:

The Zombie's Way (humor under the pen name Ike Onsoomyu)

Don't miss the exclusive sample chapters of Robinson's ANTARKTOS RISING and THE LAST HUNTER – DESCENT (Book I of the Antarktos Saga) found at the end of this book.

The Fate of Thomas

Sample of THE LAST HUNTER

This is a work of fiction. Names, characters, places and incidents are products of the author’s imagination (excluding Biblical characters and stories) or are used fictitiously and should not be construed as real. Any resemblance to actual events, locales, organizations or persons, living or dead, is entirely coincidental.

No part of this book may be used or reproduced in any manner whatsoever without written permission, except in the case of brief quotations embodied in critical articles and reviews. For information address Jeremy Robinson at [email protected]

Visit Jeremy Robinson on the World Wide Web at:

For Hilaree and Aquila,

Special thanks are required for several people regarding this project, which was originally conceived of in 2000, when it was written as a screenplay.

For superb editing of this Origins Edition, I must thank Kane Gilmour, who has now improved the quality of many of my books, both new and old.

Pastor Jon Karn, your wisdom and knowledge helped in the transformation of this story from screenplay to novel. You provided the resources and counsel I needed so desperately.

Stan (AOE) and Liz Tremblay, Jason and Katie Brodeur, Heather Fournier, Sarah Valeri and Kathy Crisp, your encouragement, prayers and friendship are always needed and welcome. I wouldn’t have come this far without you all.

I am extraordinarily thankful to authors James Rollins and Rick Hautala, who have provided enormous support and encouragement, supplying blurbs, contacts and advice that have proved to be vital, both in the publishing of this novel, and in the preparation of two not yet published novels.

I would also like to thank the entire Robinson family, Donna (Mom), Matthew, Sandi, Joshua and Ariana, as well as the rest of the Brodeur family, Cathie, Aaron and Stasia, and the Vincent families (who are too numerous to list) for their unceasing support, a credit which also goes to Tom Mungovan, co-author of
The Screenplay Workbook
and co-conspirator on a number of other projects.

Lastly, Hilaree, my wife and editor; you have sacrificed so much over the years so that I could write. I think I might cease to exist without you. I love you. Aquila, my daughter: you provide a fresh supply of joy on a daily basis. You are my inspiration.

Tom Greenbaum was captivated. Herds of blue wildebeest and zebra scattered in all directions as Mpundu, the dirty, mild tempered pilot of the small Cessna rental, took Tom down for a closer look at the flora and fauna of the Zambian plains. It would have been easy for most people to lose track of time, staring at the creatures, whose lives and deaths played out on the brown tinged grass below. But Tom wasn’t most people. As a quantum physicist with an IQ of 167, the calculations needed to time a quick jaunt over the African plains were as easy as clipping fingernails.

Tom had planned this distraction well. His international flight from Israel to Zambia’s capitol, Lusaka, touched down at ten fifty three—ten minutes early. Megan expected his arrival at four o’clock and the flight to her mission took two hours. Tom scheduled his flight with Mpundu for twelve, giving himself an extra two hours time in the air. He was glad to be seeing his wife again, but experiencing this wild, untouched world from a bird’s eye view was too much to pass up. Besides, she would never know.

Hours flew past and they were soon cruising over a lush, green canopy of jungle trees, waterfalls and rivers. The peaceful surroundings and white hum of the Cessna’s engine propelled Tom to sleep, much to the relief of Mpundu, who had grown tired of Tom’s wonderment. Not until they were making their final approach did Mpundu break the silence.

Tom sat up and wiped the drool from his cheek. Embarrassed that he’d slept, he quickly ran a hand through his wavy black hair, making sure it was free of the bed-head that frequently plagued him.

“Mirror is there,” the pilot said, pointing to a mirror taped above the windshield. Smiling, he added, “But no one out here will care what you look like.”

Tom ignored the man as he looked at himself in the mirror. His brown eyes looked tired but he’d managed to shave, which helped highlight his strong, square jaw.
Just the way she likes it
, he thought. As he squinted against the lowering sun he asked, “What time is it?”

“Three forty-five. Tell me, why do you come to Zambia? You have seen the animals, but where you are going now has no animals.”

“Visiting my wife,” Tom explained, his voice softening with the thought of her face and smile. “She’s been here two weeks, but she’ll be staying another two after I leave.”

Mpundu’s face became visibly confused. “You say your wife? Here in Zambia for two weeks without her husband?”

“And you let her come here?”

“I would have stopped her if I could,” added Tom, “Trust me. Since she found religion, it’s been impossible for me to get through to her. I swear the whole lot of them has a death wish.”

Mpundu’s smile faded. “This is the worst place to come with a death wish.”