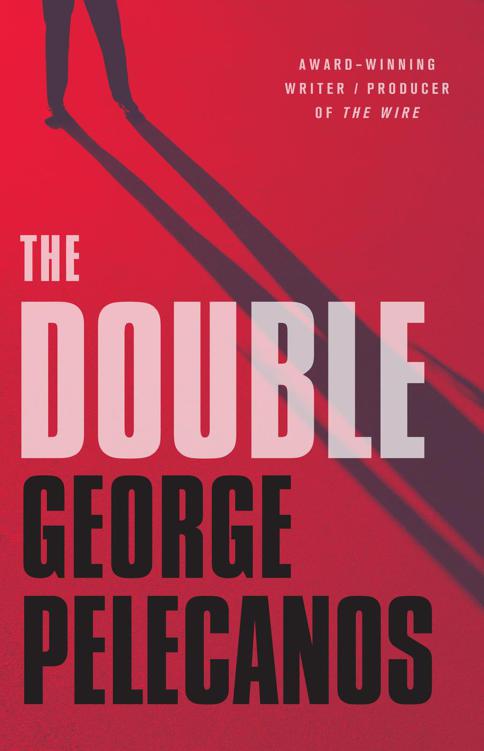 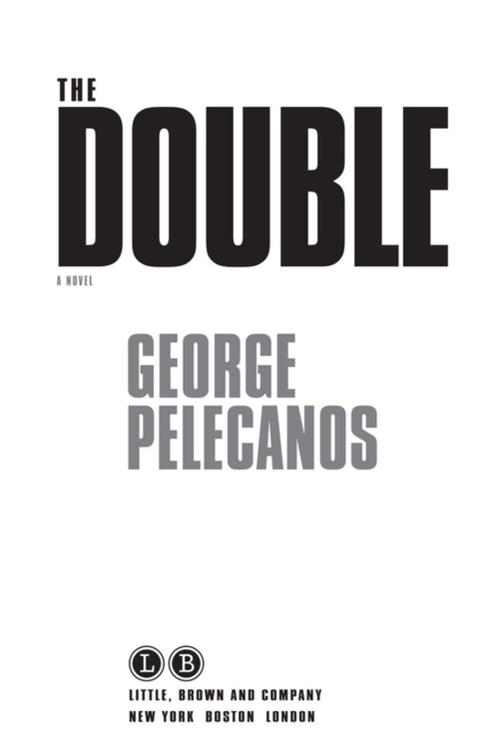 —“Whiskey in the Jar” (traditional)

Spero Lucas, seated in a chair before the desk, was dressed in slim-cut Dickies work pants, a plain white T-shirt, and Nike boots. Lucas, Petersen’s investigator, took in the criminal attorney’s outfit with curiosity and amusement.

“What is it?” said Petersen.

“Your getup,” said Lucas. “There’s somethin about it.”

“Think of your father. It’ll come to you.” Petersen looked down at the contents of a manila file that was open on his desk. Beside it sat other files heaped inside a reinforced hanging folder. The package was thick as a phone book. “Let’s get back to this.”

They were discussing the case of Calvin Bates, a Petersen client. Bates had been charged with first  degree murder in the death of his mistress, Edwina Christian.

“Where was the body found?” said Lucas. He opened the pocket-sized Moleskine notebook he carried and readied his pen.

“I’ll give you this short file when we’re done.”

“You know I like to take notes. The details help me work it out in my head.”

“Edwina’s body was discovered in Southern Maryland. A wooded spot in Charles County, off the Indian Head Highway. Are you familiar with that area?”

“I put my kayak in down there from time to time.”

“Edwina had been missing for a week. Once the police actively began to look into her disappearance, Edwina’s mother pointed them in the direction of her lover. Bates was a multiple offender who’d been having an off-and-on extramarital relationship with Edwina for years.”

“Both of them were married?”

“Bates was married. Edwina was single.”

“Bates led them to her in a roundabout way. He was in the High Intensity Supervision Program, run by Pre-trial Services.”

“HISP. I’m familiar with it. Bates was already up on charges?”

“Drug charges. Nothing violent, but he’d been violated, and he was looking at return time.”

“So he was wearing a GPS bracelet.”

“On his ankle. The device records longitude and latitude coordinates every ten seconds and uploads them each minute to a database run by a private company under contract with HISP.”

“
Touch of Evil
is one of my favorite movies.”

“Spero, sometimes you work too hard at being an aw-shucks kind of guy.”

“It serves me well. So, the company was called STOP.”

“You ex-military do love your acronyms.”

“And the law went to STOP to collect the data on Bates’s whereabouts.”

“Correct. The data was plotted onto a satellite-based map, progressed in real time in a video format. The results are accurate to within fifty feet. If the bracelet wearer is in a vehicle, its movement can be tracked as well.”

“Let me guess,” said Lucas. “The autopsy on Edwina Christian determined a general time of death. The coordinates on Bates put him down in Southern Maryland, where Edwina’s body was found, at that same time. Right?”

“It gets more damning. Bates had reported his Jeep as being stolen around the time of Edwina’s disappearance.”

“Model and year of the Jeep?”

“Two thousand Cherokee. Same as yours.”

Lucas drove a 2001, but there wasn’t enough difference in the model years to mention. It was the boxy Jeep with the I-6 engine, still seen in great numbers on highways, beaches, and city streets, though the car had not been produced in eleven years.

“The Jeep was found in D.C.,” said Petersen. “It had been doused in an accelerant and lit on fire. The Mobile Crime Lab guys had little to work with. No shell casings were found. No prints, no hair follicles. They did find brush and debris lodged in the undercarriage, which suggested that the truck had been recently driven off-road.”

“As they’re engineered to do. How’d the police find Edwina’s body?”

“The GPS coordinates led them to a farm alongside acreage that was heavily forested. They observed tire tracks on a dirt road leading into the woods. The imprints matched the tread patterns on the tires of the burned Jeep.”

“Technology got them to the area. Nature led them to the body. The detectives saw buzzards circling over the treetops. They eyeballed the general location of the buzzards and walked into the woods. Edwina had been shot once behind the ear at close range, a small-caliber slug in her brainpan. She’d been picked over by the wildlife pretty thoroughly.”

In the file, Petersen found several photographs, original size and blown up, and pushed them across the desk to Lucas. The photos were of the tire tracks found in Charles County. “Notice anything?” said Petersen. When Lucas did not reply, Petersen said, “The tires are kinda fat for that model Jeep, aren’t they?”

“Doesn’t mean anything. I have eighteens on mine. But I’ve seen twenty-twos mounted on those lifted Cherokees as well.” Lucas stared at one of the photographs. There was something there, but the reveal was yet to come. “Can I walk with these?”

“I made this file for you. I’ve got the State’s discovery material as well if you want to have a look at it here in the office. Three hundred and fifty pages’ worth.”

“I was gonna grab some lunch.”

“Stay here and read some of the material. I’m going over to Carmine’s on Seventh. I’ll bring you something back.”

“Don’t sleep on squid,” said Lucas. “It sounds like they’ve got your boy Bates dead to rights.”

“Not yet,” said Petersen. “But I’m playing an away game. The trial’s in La Plata. I’ve never worked in that courtroom, and I don’t know any of the black robes down there. I need your help. Anything you can give me.”

“You think Bates murdered her?”

“That’s irrelevant to me.”

“What would be his motive?”

“Edwina’s mother claimed that Edwina was trying to break up with him. That she decided she was done running around with a married man. Possible scenario? Bates couldn’t deal with the breakup. If she didn’t want to be with him, she wouldn’t be with anyone else. Something like that.”

Lucas stood. His back was beginning to feel the discomfort of sitting in one of the hard chairs on the uneven planked hardwood floors of Petersen’s office. The attorney refused to modernize the rooms of the nineteenth-century row house, set on a corner of 5th and D, near the federal courts. He said he preferred to keep its “integrity” intact.

“
Between the Buttons,
” said Lucas, as it came to him, looking at Petersen’s shirt and tie. At Petersen’s suggestion, he’d been thinking of his late father, Van Lucas, who had owned an extensive Stones vinyl collection, from their first eponymous release through 1981’s
Tattoo You,
which many, Lucas’s father included, believed to be the last Rolling Stones record that mattered.

“Very good,” said Petersen. “Charlie Watts is wearing an outfit like this in the cover photo. Of course, he’s also wearing a double-breasted overcoat in the shot, but it’s a bit hot for that today.”

“Just having fun. It’s a very cool cover, and an underrated album, especially the UK version. ‘Backstreet Girl’ is one of the most beautiful songs the lads ever cut. The Beatles never recorded a song so honest or so real.”

Lucas had no skin in the Beatles versus Stones game, and offered no argument. In musical matters, particularly classic rock, he deferred to Petersen, who played no instrument but was a bona fide music freak. A few months back he had taken his annual trip to Jazz Fest, where he typically took in both weekends of the event and crawled back with sunburn, a headache, and ten extra pounds.

“Well, you look real spiffy,” said Lucas. “Like a hairstylist on Carnaby Street. Or something.”

“And you? Where did you buy that T-shirt? It’s not Fruit of the Loom.”

“And I’m guessing it’s a medium, not a large. You’re wearing it a size too small.”

“Your look is just as studied as mine, in its own way.”

“Don’t include me in your club. I woke up this morning and threw this on.”

At an inch under six feet, Lucas was not particularly tall, and at 175, his summer weight, he was not imposing. Nor was he a strutting peacock. His hair was black, kept short by a Nigerian barber at Afrikutz on Georgia Avenue, and he wore no jewelry, outside of his crucifix and
mati.
He was not stunningly handsome, certainly not in the manner of his brother Leo, who was one year older and looked like a young Denzel. But he had something. When he walked down the street or into a bar, women noticed him. Some of them got damp. He had recently turned  thirty-one, and he was as lean, cut, and fit as the day he walked out of boot.

“Which reminds me,” said Petersen. “While I’m out getting you lunch, no fraternizing with my interns.”

“Have you seen Constance lately?”

“I had planned on promoting her here.”

“Guess she had other plans.”

“Whatever happened between the two of you, she didn’t want to cross paths with you anymore. That’s why she left this office. When you have an opportunity to be with a quality young lady like Constance…A woman as choice as her doesn’t fall into your hands every day, Spero.”

He knew that she was special. But he had been to bed with another woman while he’d been with her. He hadn’t promised Constance, directly or implicitly, that he would be faithful. He was a young man, making up for lost time. He was sorry that it hadn’t worked out between them, but he had little remorse.

Petersen looked at Lucas, a marine veteran of Iraq who had fought in Fallujah, where the fiercest house-to-house combat of the war, perhaps any war, had occurred. A man who’d left his youth in the Middle East and come back looking for a replication of what he had experienced there every day: a sense of purpose and heightened sensation. Petersen sensed that there were night-black shadows beneath the surface of his investigator’s cool facade. He was fond of Lucas, at times close to fatherly, but in personal matters, out of respect, Petersen didn’t push him.