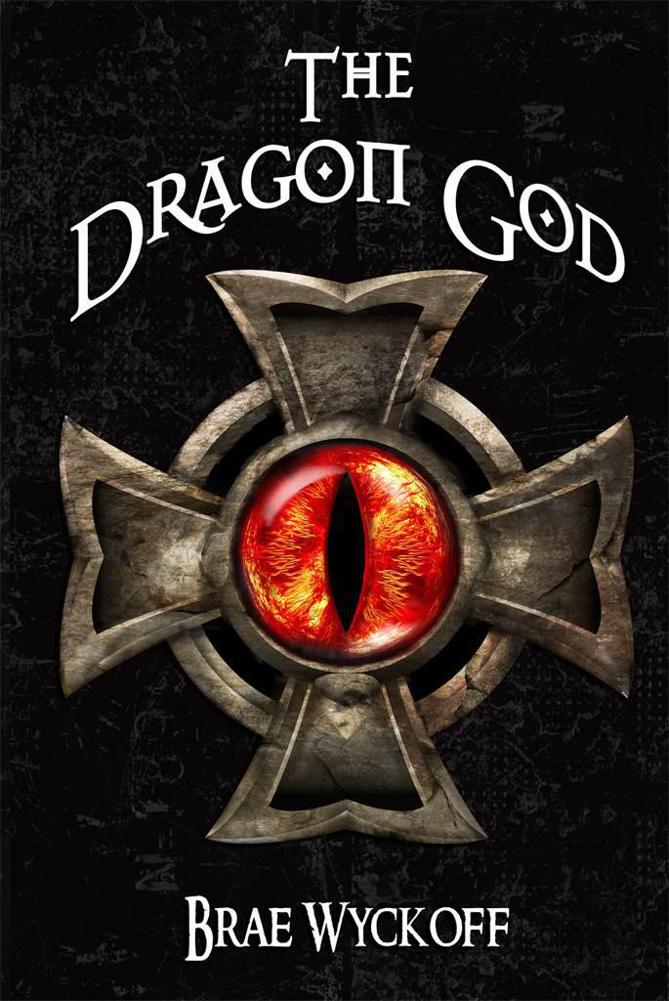 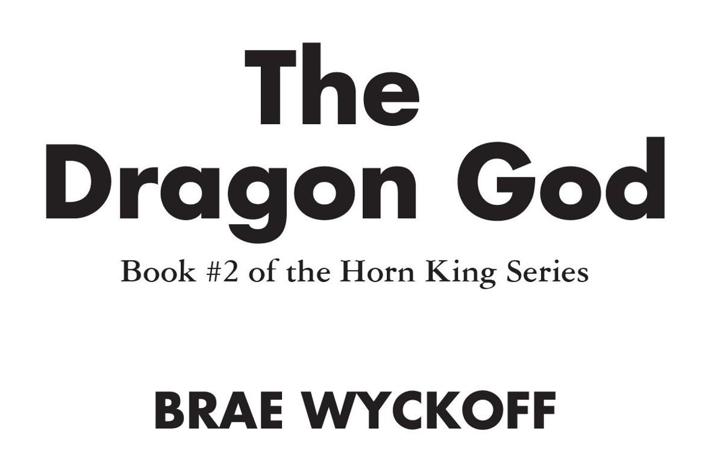 The second book in the Horn King series.

All characters in this book are fictitious. Any resemblance to actual persons, living or dead is purely coincidental.

All Dragon God characters and their distinctive likeness are property of Brae Wyckoff (author).

All rights reserved. This book is protected under the copyright laws of the United States of America. Any reproduction or unauthorized use of the material or artwork contained herein is prohibited without the express written permission of Brae Wyckoff.

No part of this publication may be reproduced or transmitted in any form or by any means, electronic or mechanical, without permission in writing from the author.

Request for permission to make copies of any part of this work should be directed to the website,
www.braewyckoff.com

Chapter 6: A Pinch of Luck

Chapter 23: The Chamber of Cleansing

Chapter 28: Where, O Death, Is Your Victory?

Chapter 29: The Past Reconciled

Chapter 33: The Smell of Lilac

My wife, Jill Wyckoff, is amazing! Thank you for your support, your encouragement, and loving me through this entire process. You are such a gift to me…

Thank you Michelle-Belle for reading one chapter at a time and growling at me, not in disdain, but in insistence, encouraging me to have more chapters written. Special shout out to Michelle creating the map of Ruauck-El and the Chamber of Cleansing!

I would like to give a huge thank you to the Rancho Bernardo Writer’s Group for their amazing critique of my book. I can’t say enough about you all, but three of you stood out as the greatest influence of my work…Peter Berkos (Academy Award Winner and Author), MJ Roe (Author), and Terry Ambrose (Author).

Thank you to my Dungeons and Dragons family. We have had some great adventures. Thank you Eric for inspiring the wickedly fun Dal-Draydian.

Thank you to Tom Modifica Jr. for creating a wonderful character—Trillius Triplehand.

And this book wouldn’t be as good as it is without my wonderful editor, Krisann Gentry!

Bridazak Baiulus
– An orphaned Halfling (AKA Ordakian or Dak, for short) who was the Carrier of the Orb of Truth and the leader of his friends, Spilf, Dulgin, and Abawken.

Spilfer Teehle
– Spilf is also an orphaned Ordakian that Bridazak and Dulgin found on the streets of Baron’s Hall and have travelled with for years. He is in search of his family.

Dulgin Hammergold
– This red-bearded surly dwarf is stubborn and always looking for a fight, but deep down he has a heart of gold and will do anything for his friends. He favors an axe that was gifted to him by his father.

Abawken Shellahk
– He comes from the Province of Zoar in the East. Abawken was led to find Bridazak and protect him. He is a human fighter that wields a magical scimitar called the Sword of the Elements.

Raina Sheeldeen
– Raina is an elf mystic that was lost for centuries to a curse called The Burning Forest. She is a powerful wizard that fights alongside a Dwarven King named El’Korr.

El’Korr Hammergold
– El’Korr is the older brother of Dulgin and was also lost for centuries within The Burning Forest curse. He is now the King of the remnant of dwarves fighting for freedom against the Horn Kings.

Rondee the Wild
– Rondee is a Wild Dwarf of the Smasher Clan and is the bodyguard of El’Korr. Wild Dwarves release wild magic that is not always beneficial to themselves and others around them.

Xandahar Sheldeen
– Xan is an elven fighter cleric that has lived over 700 years. He is a great and powerful healer. Raina is his sister.

Jack
– A rescued teenage human boy trying to find his way in the world.

King Manasseh
– A evil human who lived over three centuries and was the ruler of the Northern Kingdom. He was known as the North Horn King.

The Dark Lord
– This deity is the ruler of Kerrith Ravine, a doorway to the underworld.

Reegs
– Shadow creatures that are demonic spies for the Dark Lord. Reegs are to report their findings to the Dark Lord and are spread throughout Ruauck-El. 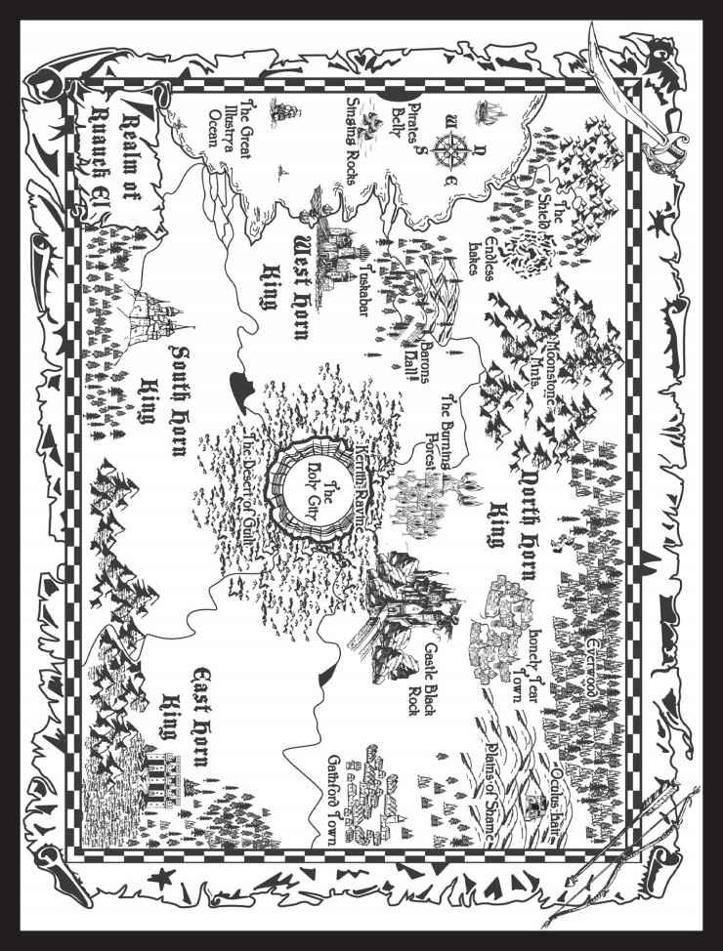 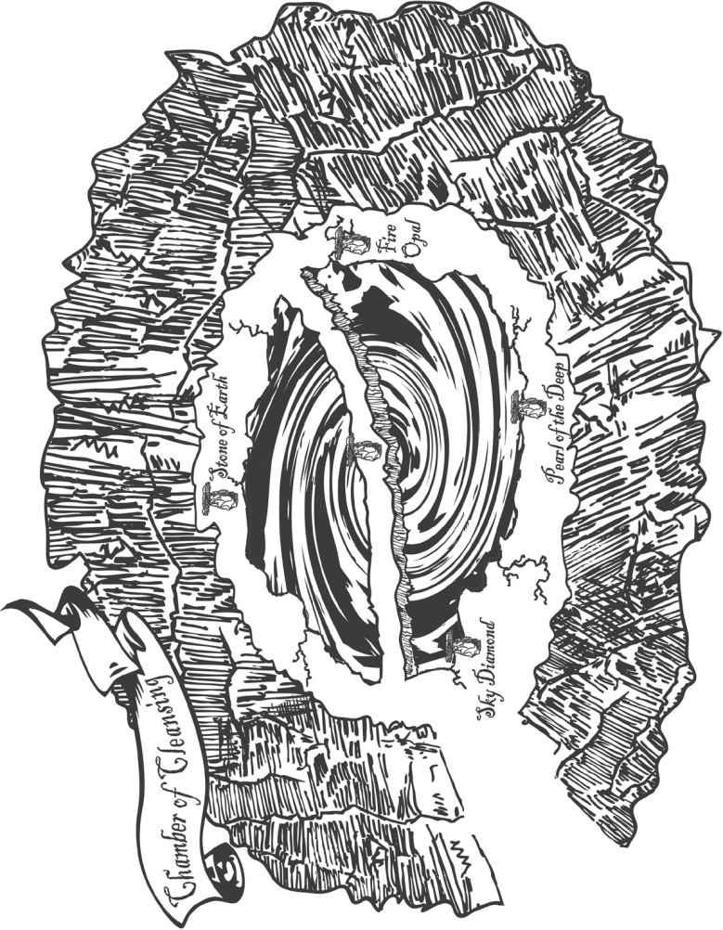 The stout dwarf stood at the ridge, overlooking the valley. Smoke billowed into the overcast sky from several locations in the distance. His dark eyes focused under the brim of his thick eyebrows. A shield rested against a rock within reach, the leather straps on the inside were worn and stained with blood. His attention from the scene far away was diverted when the clanking of armored footsteps were heard from behind.

Without turning, the dwarf spoke, his voice a deep, husky tone, “What did you find, Shem?”

“Still only rumors, my liege. King Manasseh has fallen, by all accounts.”

“How is this possible? The most powerful Horn King suddenly falls and no one knows why?”

“No confirmation yet, but some fleeing the area to the south have spoken of dwarves holding up within the Moonstone Mountains and calling anyone and everyone to band with them.”

“Moonstone Mountains? There are no dwarves in that area. We can’t move on rumors alone, Shem. Find someone who has a first hand account.”

“It might not be anything of importance but one of our patrols picked up a human cook along the north ridge.”

“A cook? Do you long for human prepared food, Shem?”

“Of course not, Bailo. I have been told he was Manasseh’s personal chef at a hidden castle close to the border of Kerrith Ravine.”

Shem nervously spoke, “I know that it is not what you were expecting, so I won’t bother—”

“No,” Bailo interrupted. “Bring me this human cook. I wish to speak to him directly.” 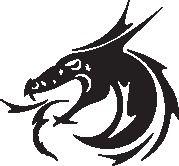 An unshaven human, escorted by four warrior dwarves led by Shem, stood before the imposing Bailo, whose two prominent scars—one on each side of his neck—melded into his wrinkled skin. His dark brown eyes bore into the scrawny human who wore grey breeches and a dirtied white tunic.

Bailo asked, “What is your name, Human?”

The man answered, in a raspy voice, “I’m called Valcod.”

“And what is your profession, Valcod?”

“I’m the personal chef to King Manasseh. At least I was.”

“Tell me what happened, Valcod.” Bailo looked at each of his men and said, “No harm will come to you.”

The human peered off into the valley below, the black smoke rising at several towns. “You don’t know?”