The frightened but determined boy, bent on adventure, did as instructed. The clear diamond abruptly illuminated into a bright light and then slowly faded. Jack investigated his ring, but before he could touch it, a blast of energy shot out at each of the stone lids, forcing Jack to fall to the ground to dodge the beams. He watched from his sitting position as the rays crumbled the covers, revealing the corpses within.

Rotted flesh dangled from their sunken faces, arms crossed over their chests, and a fine dust covered them from head to toe. Their eyes shot open, black as night, and the crack of joints and bone echoed as they took a step out of their graves. Tattered clothing hung from their heightened frames.

Jack scrambled to his feet and clung to the pedestal, trying to distance himself as much as possible from the beings. His shaky voice asked, “Who are you?”

In unison they spoke aloud, their voice, haunting and hypnotic, “We are the Twelve.” They stood motionless and resolute, arms still crossed over their chests.

“Not the ring, but your soul. We walked your realm two-thousand years ago, until we were not needed any longer and here we have harbored ourselves, entombed for all eternity. New evils have surfaced. Darkened
hearts have invaded the land once again, but entrapped by our own demise, we are unable to stand against the threats.”

“But what can I do? I don’t even know how to fight with a sword yet.”

“For what we offer, you will not need a blade.”

“Your strength is beyond measure, Jack. We sensed it when you arrived at this place. We used the ring in your possession as a conduit to contact you. Your soul is the strongest we have felt, unlike any before.”

“What is it that you want from me?”

“You have been touched by the hand of Adonai and thus your spirit rests in his hands, never to be taken.”

“Adonai ha’adonim—the Lord of Lords, God Almighty, Ruler and Creator of all.”

“Yes, but it was too late for us. We condemned ourselves to being forever separated from him.”

“But why? What did you do? Why are you here instead of—,” he paused.

“It matters not, but what does matter is the choice set before you. Remain the child, learning your way until united with God once again. Or help us.”

“You can save us, Jack. We have longed to be in the arms of Adonai, but our souls are no longer ours to give to him.”

“Who has your soul?”

“We made a deal with darkness. At the time, we were human, living a finite timeline, but we longed to live forever to battle the evil of the land. We were paladins, determined to vanquish all impurities from the realm. We have lived with the regret of making that deal ever since. When we sensed you, we decided to make contact and to give you a choice. Will you help us, Jack?”

“There is an ancient artifact, called the Mirror of Lost Souls. You will need to find it and bring it back to us here.”

Jack laughed, “I don’t know about these things, and I’m too young and inexperienced.”

“We will bestow upon you powers from each of us, but what we give will alter you greatly from what you now know.”

“Powers? What kind of powers?”

“Strength, knowledge, wisdom, speed, endurance, and more—but Jack, do not be enticed only by these gifts. Your transformation will be severe and you won’t be able to go back to being a child.”

“Yes, twelve years added to your life. It saddens us to burden you with the loss of childhood and we will not be angered if you choose to ignore our plea.”

Jack paused, thinking and pondering his life thus far. He didn’t have his family any longer, Bridazak was gone, and he longed for something more to help those in need. He felt this to be his calling, his time to make something happen. 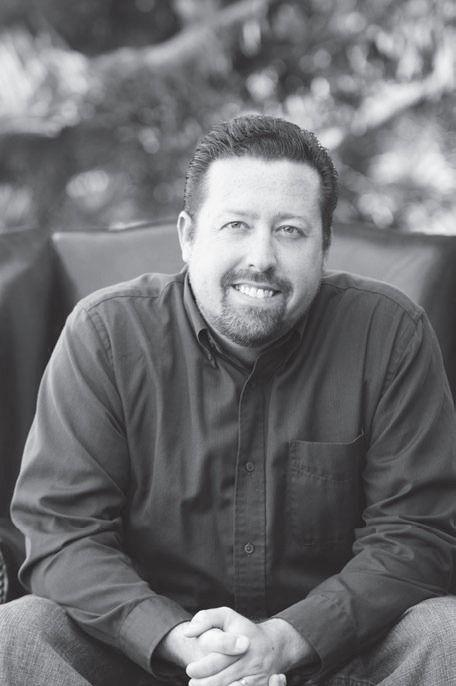 Brae Wyckoff is an award winning and internationally acclaimed author, born and raised in San Diego, CA. He has been married to his beautiful wife, Jill, for over 20 years, and they have three children. He has a beautiful grandson named Avery. Brae has been an avid RPG gamer since 1985. His passion for mysterious realms and the supernatural inspired him to write The Orb of Truth, the first in a series of fantasy action adventures.

In addition to writing the Horn King Series, Brae is the host of Broadcast Muse blog talk radio program, featuring interviews with authors, artists, and world changers. He is also the CEO of LR Publishing, a one-stop publishing service provider geared specifically for the growing genre of Destiny Action Adventure Fantasy, which brings life, purpose, and ultimately a message of hope.