Dal-Draydian screeched, retracting from the blast. The white dragon stone suddenly shattered apart, a strange sound of hissing rain permeated the airwaves, and the white head phased from the main body. The Chamber of Cleansing shifted abruptly from the explosion and then settled.

Raina instantly took notice of what had just transpired and yelled earnestly to the others, “Focus your intent on destroying the stones, hurry, before it is too late!” 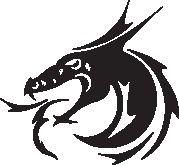 Manasseh crept toward Bridazak on the narrow walkway, but the ordakian kept out of reach of his sword and fired an arrow. It slammed into Manasseh’s left shoulder. He quickly let loose another, but this one was swept aside by the former king.

The Dragon God loomed above them, its massive, multi-colored, scaled underbelly hovering ten feet in the air. A whirlpool of grey shadows swirled rapidly below in the dark void forming an eye, that stared at him, sending a cold chill through his body.

Bridazak’s back pushed up against the central pedestal, entrapping him and halting his escape. Manasseh laughed as he loomed over him and raised his sword, “Time to die, Halfling.”

Bridazak drew another arrow from his quiver, quickly notched it, and let it fly. It struck Manasseh in the chest, causing the human to stagger backwards. He quickly regained his stance and brought his blade down toward the now helpless dak. The roar of the dragon above, coupled with the walkway swaying suddenly, forced Manasseh to shift his attack to maintain his steady position. His arms swung out to maintain his balance.

Bridazak seized the opportunity, and grappled the human’s legs, causing him to topple off the edge, but the former king, through reflex action, grabbed Bridazak’s bow and held on. Bridazak wrapped his legs and arms around the one-foot walkway, still holding his bow, and Manasseh. He was about to let go of the Seeker and end the human’s life, when the voice of God penetrated his mind,
“Do not kill him, Bridazak. Show him mercy. Reveal the truth.” 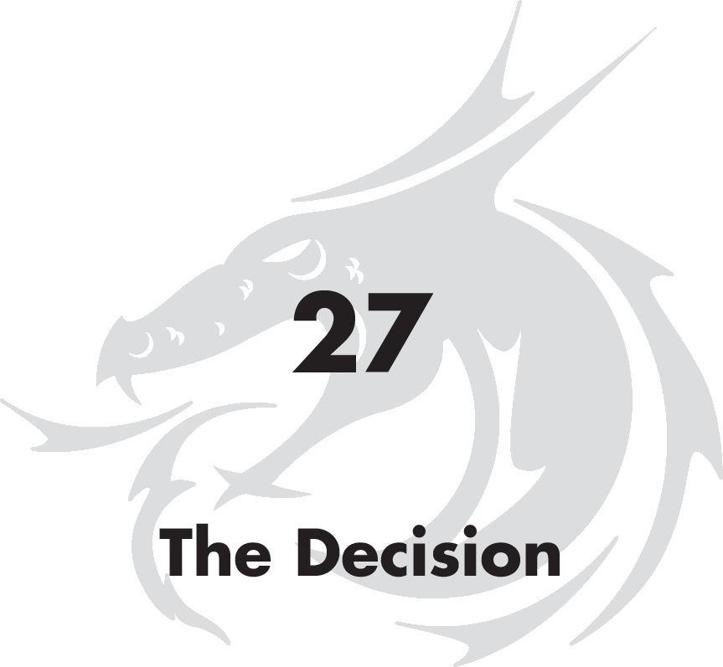 R
aina had been in several wizard duels in her lifetime, and this was not one to take lightly. Keeping her keen senses on the alert, she waited for Veric to cast his next spell. Her next move was risky, but would be worth it if she could execute it perfectly.

The evil mage glared at her and snarled, “Where were we, my dear Raina?”

She taunted, “I am still not impressed, Veric. Your skill in the art is lacking.”

Growling, through gritted teeth, he pointed his staff at her. Immediately, a yellowish cloud reeking with the stench of sulfuric acid engulfed the elf.

In a flash, Raina transported herself and stood right next to Veric, thusly avoiding his spell.

Surprised, Veric attempted to recoil, but Raina magically formed her hands into elvish daggers and slashed his face with supernatural speed that manifested into several clones of herself weaving in and out of her body.

Her razor-sharp grafted weapons split his skin across his right cheek like a plowed field, splaying blood against the wall, sliced his lips, and gouged out an eye. Another slash lopped off an ear and opened crimson rows down the left side of his face, now drenched in blood.

Veric howled in agony, but Raina did not let up. She continued her quick swipes; shredding his robe and digging the flesh from his body.

Fighting through the pain, Veric shouted toward the rock creatures and commanded, “Kill the Halfling!”

Raina stopped her attack on Veric, turned and saw that the two remaining earth beasts, battling against the dwarves, had suddenly focused their attention on Spilf.

One of the elementals blocked the dwarves as the other swiftly moved to the fragile ordakian, who focused on the Stone of Earth post. El’Korr smashed the leg of the one in front of him, toppling the creature, while Rondee followed with a head crushing blow with his massive maul, but they could not get to Spilf in time. The second monster swatted the dak, launching Spilf through the air hard against the back wall where he fell to the ground and lay motionless. The dwarves quickly intercepted the last one before it moved to finish off Spilf, when an ear-splitting roar from the multi-headed dragon stopped them in their tracks and they turned to face the creature.

The Dragon God expanded in size once again, even without the white dragon present, it now took up the entire central opening of the chamber. The blue head zipped in quickly, like a snake, before Raina and Veric. “I will have you watch me destroy this entire realm, Elf,” it hissed.

Dal-Draydian spun around to face him.

Veric stopped, with lip quivering slightly, his one good-eye looked away.

A mental link was established and the dragon spoke,
“I need you to kill the other element carriers so I can be completely free. They are chains around me still.”

Veric nodded, and then swung his staff at the distracted Raina. It connected and the elf twirled in the air and fell to the ground, with a grunt.

Focusing on a new spell, Veric raised his arms high holding his jade staff tightly and shouted, “Thekno-tu-kethnok- vee-tu-themoku!” Immediately, a forceful wind filled the room building in ferocity with each passing second.

Meanwhile, El’Korr and Rondee dodged the earthen club attacks, tumbled and rolled past the creature, and then went to work counter striking it with their bludgeoned weaponry.

While the dwarves fought the last stone monster, Raina stood, ran to Spilf, and turned him over. The ordakian’s breathing was labored, but he
was alive. His eyes fluttered open and he asked in a gravelly voice, “Did we win?”

“Not yet,” Raina responded. “I need to get you back to the element.” She lifted him to his feet and guided him to the vacant pedestal, fighting against the building wind. Spilf groaned and held his side as an intense sharp pain hit him with each step. He sensed a wetness around his torso and discovered a rib poking through the blood-soaked clothing.

The Dragon God hovered before them in the center of the wind tunnel created by Veric, which continued to increase in intensity.

Six muscle-laden legs with razor sharp claws formed. Its scintillating scales glistened as its power increased. An immense tree sized tail with spikes along the spine trailed to the tapered end of the barbed spear-like appendage. It writhed about menacingly, like an angry snake prepared to strike.

The red dragon head pointed upwards as it bellowed to the ceiling and released a torrent of fiery red and yellow flames from its maw, which swirled and spread along the contour of the rounded apex and was picked up by the cyclonic winds. The cool air quickly superheated, became a whipping blaze, and small sparks jumped onto every flammable thing it touched.

Raina, El’Korr, and Rondee were unaffected by the fire, but Dulgin, Xan, Abawken, and Spilf, were vulnerable to the burning inferno that scorched their skin as it spun through the room. Xan cast a fire resistance spell upon himself to help shield the brunt of the energy and Abawken summoned a fire elemental to block and repel the torrential storm around him. They fought against the hellish heat, all the while bolstering their resolve by yelling in anger. Raina, in the meantime, had almost gotten Spilf back to the Earth Stone. The ordakian needed protection from the flames more than any of the others, and she helped shield him as they moved.

Veric continued to call forth his summoned wind, which voraciously built in speed. The wild air and licking flames danced around him and Daysho.

The invisible assassin, his blade now in hand, stealthily positioned himself directly behind the bloodied wizard, ready to sever Veric’s head. Everything was perfectly timed to take out the mage and make his exit. Daysho thought,
“The mystery of Veric’s death will be considered a small matter within the scope of this situation.” 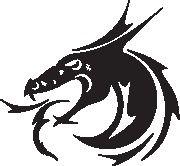 Bridazak tried to understand why God did not want him to kill Manasseh. His mind formed the words,
“How am I supposed to show him mercy, Lord?”
No answer came forth. He focused his concern on Manasseh whose grip was weakening, “Hold on Manasseh, hold on.”

Manasseh’s evil glint changed to defeat, “You, the lowliest of the races in the realm, have bested me twice. Release me and be done with it.”

“My destiny awaits me in the underworld.”

Bridazak grimaced as he strained to lift the heavy human, but he could not budge him. He yelled to the Lord, “If you want me to save him, give me the strength!” His face turned red as he tried again, but to no avail. Breathing heavily, he looked at Manasseh, who seemed to be studying the Halfling.

The human said, “You are pathetic and weak. Even now you try to save me. Why?”

“I don’t know,” Bridazak strained, “but God wants you alive.”

The human snarled, “Your god wants to torture me. He will need to get in line.”

“God wants to forgive you.”

Manasseh, hanging on the nub of the bow, slipped slightly more. He looked down into the pitch-darkness of the vortex’s eye and then back at the Halfling. “Forgiveness will accomplish nothing. Clearly it is too late.”

Bridazak was without words, unsure of things happening around him and confused about the doubt that crept into his heart and mind.

Manasseh responded, “Your hesitation is my answer.”

With that, the once mighty Horn King let go his grip of the bow and plummeted through the black veil. Bridazak’s stomach instantly lurched in nausea as he extended his hand out, even though he knew the fallen King was gone. His dirt smudged cheek rested against the edge of the walkway, confused about what had transpired in mere seconds. Then the grey swirling mist below him suddenly formed into the face of the Dark Lord; the ruler of the realm of Kerrith Ravine. The massive image advanced toward him; its jagged smokey teeth extended out as it opened its jaw. Empty eye
sockets, a boney-nose, and horns had brought Bridazak the chill he had felt while encountering the fiend within Manasseh’s dungeon weeks earlier. A hollow and sinister voice penetrated his mind,
“Your soul escaped me, but Manasseh’s is mine.”

Bridazak clutched tightly to the rock walkway and cried, “I will trade you my soul for his.”

“Impossible, Halfling. Your name is written in the Book of Life. No one, not even your God, can change that. I will show Manasseh pain and suffering he rightfully deserves as does all mankind.”

Bridazak looked at Abawken. The human was focusing his attention on the stone and battling the firestorm. He then turned toward to his longtime friend, Spilf, who Raina was helping to the pedestal while shielding him from the flames. He could not see Dulgin, who was behind him on the other side. The last person he gazed on was the elf, Xan. Xandahar, gripping his podium with scorched arms and face, had carefully watched Bridazak’s struggle with the vile Manasseh. He had already made up his mind to ready a healing spell to help his friend, even if it meant risking his own life or the further progression of the Dragon God’s summoning.

Bridazak locked eyes with Xan, nodded at him, and mouthed the words he could only hope the elf understood. He rolled off the edge of the walkway and plummeted into the formed mouth of darkness, vanishing into the realm beyond.