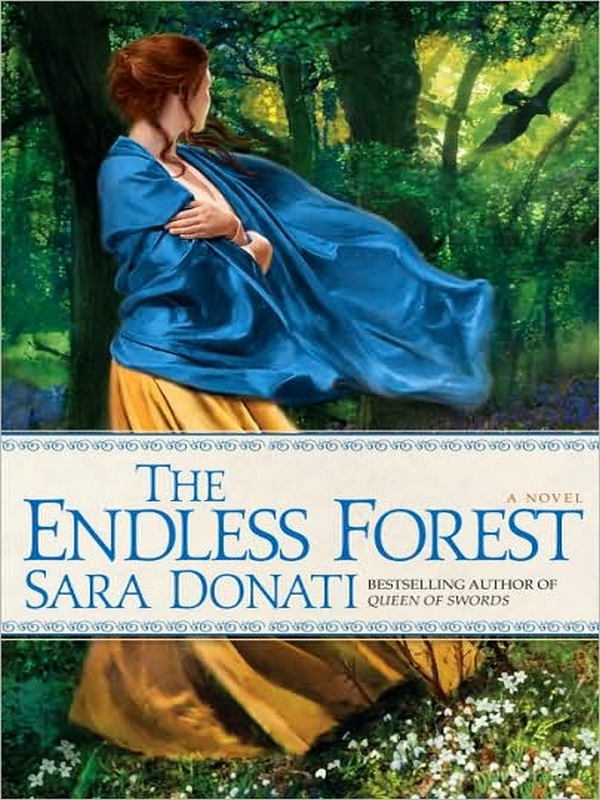 Dawn on a Distant Shore

Lake in the Clouds

Fire Along the Sky

This is dedicated to the ones I love: Bill and Elisabeth
.
And to
you too. I’ve enjoyed your company on
this long journey from 1792 to 1824
.
I hope to see you again soon
.

Lorena Webb and Harper Washington, two of the Fochts’ servants

A Word with Curiosity

W
ell now, look who’s finally come round to call. Just yesterday I was wondering to Hannah if maybe you lost your way. But here you are, jumped right out my mind to stand in front of me.

It’s been a long time. Early summer in the year ’15, when Hannah and Jennet and everybody come back from New Orleans, you was here then as I recall. And wan’t that a fine day? The Lord our God be praised. We have had a run of good luck that started right there, yes we have.

Did you go away again before Hawkeye come home? Ahuh, I thought me so. Now that’s a shame. Was he a sight, walking up the road on a fine October afternoon? Like he was just coming in from checking his trap lines. Oh, and the stories. The things he saw in the West, my. Oh, yes, he was the same Hawkeye as ever was. Cleareyed, like a boy of twenty in his mind at least. He died just after the new year, went to sleep and never woke up. Hawkeye never did like a fuss.

Scoot a little closer, I can hear your teeth chattering. The spring has
got a chill of its own, don’t it? But we got us a good fire. Ain’t nothing like apple wood with a couple seasons on it. Sweet-smelling, but it got a backbone.

I bet you surprised to see me. You was thinking I’d be down to the graveyard next to my Galileo, the good Lord rest his soul. Most are, at my age. You know how old I am? Now’s a purely dumb question. Of course you do. I will confess, I am proud of myself for getting this far. Come November I will be ninety full years on this earth, and I got ever tooth God gave me, haven’t lost a one. I am up at first light, and I mostly tend my own garden. I can still catch a baby when needs must. Caught my fifth great-grandchild last summer, a sturdy little boy called Almanzo after his granddaddy. How many women can say as much? When I am feeling poorly, don’t I got a doctor right here in the house?

These years have been good to our Hannah, my Lord yes. And high time too. Her and Ben just as sweet on each other as they ever was. Hmmm? Well a course they got children. Two healthy young people keeping house together, man and wife, children will come along.

You don’t think I’ma tell you everything right off, do you? Some things you got to go find out your own self. Ain’t that why you come?

Elizabeth and Nathaniel right there where you saw them last, just up this road a ways, the place that folks used to call the Judge’s. Now mostly you hear it called Uphill House, and this place folks call Downhill House. Because folks just can’t keep straight who belongs where.

You’ll see, Paradise has changed a lot and mostly for the good, the Lord in heaven be praised. This place is filled to busting with new faces, Quaker almost ever one. Good folks, hardworking and fair-minded for the most part, though they like to keep to themselves. They know the land too. We got barley and wheat and corn and flax, so much that come harvest time, they got to tote it all out to Johnstown and sell it there.

I expect you’ll get a shock when you see all the new houses and such Ethan decided we couldn’t do without. When Leo and me got here in ’61 there was maybe six cabins all together down by Half-Moon Lake, most just one room. Now we got an inn and a tavern and real houses like you see in Albany and Johnstown, all neat and proper. Some even got those little white fences around the garden couldn’t keep a rabbit out.

These last few years have been prosperous for just about ever-body. Good weather and bountiful harvests, the good Lord be praised.

You got a question sitting on your tongue like a stray hair. Let me
guess, you are trying to think how to ask about Daniel. I should have told you right off—it’s a long time you been waiting and wondering is he alive or dead. My, if you could see your face.

Daniel ain’t dead, far from it. But I cain’t say he healed, neither. Those first few years was hard but little by little he come back to himself. I myself think it was teaching school got him through. These days seem like the pain mostly leave him be, but it is hard to know. He don’t like to talk about it. Yes, he is still a bachelor, and maybe you are thinking he’ll stay that way. What young woman wants a one-armed schoolteacher lives way out on the frontier? But I’ll tell you true, the day he finds hisself a bride—and that day is coming—there will be weeping and a-wailing you can hear all the way to Johnstown and beyond. He could have his pick right here in Paradise, but he’s waiting for something. Or somebody.

Now I said enough. You will just have to go find out for yourself about everybody else, Jennet and Luke and Lily and her Simon, the folks up at Lake in the Clouds, all those people you wanting to know about. There’s enough going on to keep you busy for a good long time.

Don’t you worry, you can come back here and set with me whenever you got questions. I ain’t going nowhere for a while yet. Galileo fuss at me now and then in my dreams, wanting to know why am I taking so long to cross over?

I say, you Galileo, be patient! Don’t be fussing at me when I still got work to do. I got some stories to tell. Stories I kept to myself, maybe too long. I was always thinking, not yet, not now, and while I was hesitating time run off on me.

Mayhap I was waiting for you to tell what I know. We’ll find out, soon enough.

This letter is overdue, I know. I hope you forgive me when you learn that I have held it back in order to share good news. Yesterday your sister Hannah was delivered of a healthy son. Both mother and child are in good health and spirits.

Your nephews Henry and John are beside themselves with joy, but the girls were disappointed. When Ben brought them in to see Hannah and meet their new brother, Amelie patted her mother on the shoulder in a consoling manner. Eliza told her to never mind, the next one was sure to be a girl.

It was all Curiosity and I could do not to laugh aloud.

It is my impression that Hannah is finished with childbearing.
She said to me not so long ago that five healthy children are more than enough, though she believes Ben would cheerfully continue until they were overrun like the old woman who lived in a shoe.

You are wondering what name they have given to this newest Savard, but I have promised Birdie that she could be the one to tell.

There is quite a bit of news that will interest you. Now that Blue-Jay is remarried and settled at Lake in the Clouds we were all hoping for a peaceful autumn, but Gabriel has declared his intention to marry Annie straight away.

I must admit that I am concerned. Annie was to go to Albany to study at Mrs. Burrough’s School next month. It is my sincere belief that she deserves that opportunity, but it must be her decision. My concern right now is making it clear to Gabriel that he must be guided by her in this. And they are so very young.

Daniel is in good health and seems to have less difficulty with his arm of late, but then it is hard to know exactly. You know your twin, and will not be surprised to hear that he cloaks his feelings much of the time, and we see less of him than we would like. If it were not for his responsibilities as a teacher I suspect he would follow Robbie MacLachlan’s example and be content to live alone, far from any settlement. But he is the teacher, and a good one. Birdie finds him very strict in the classroom, but she does not claim that he is unfair.

In the village we Bonners continue as the main topic of conversation. Blue-Jay’s marriage and now the promise of Gabriel’s is of unending interest. Missy Parker—pardon me, I mean Missy O’Brien as of this winter past. I said the other day that I can never remember that she married Baldy O’Brien, and Curiosity laughed, and said that Missy must want to forget that herself.

So Missy came into the trading post while I was looking at fabric, and she told Mrs. Mayfair that the Bonners were reaping their reward for keeping such close quarters with Indians. Gabriel would be giving Mrs. Elizabeth Middleton Bonner red-skinned grandchildren and just how would she like that?
Then she turned around and saw me standing there and she hopped in place, like a very plump rabbit.

I plan to have a discussion with Mrs. O’Brien. It is unacceptable for her to speak so, when any one of Hannah’s children—my grandchildren—might be close enough to hear.

Other friends are mostly well. Martha is still in Manhattan and it seems unlikely that she will ever come back here to stay. Apparently there is now a young man who calls on her. Young Callie has had more than her share of trouble. This past season she lost almost her whole crop, for the second year in a row. The season was wet, and apples are prone to rot. With Levi’s help she presses just enough applejack to survive from one harvest to the next.

Now I will pass this letter over to Birdie. Your father and I, your sisters and brothers, we all send you and Simon our love and affection.

The Mark of a Murderer by Susanna Gregory
Away by Allyson Young
His Good Girl by Dinah McLeod
Love’s Journey Home by Kelly Irvin
One April Fool by Amity Maree
The Day of the Iguana by Henry Winkler
Werewolves & Wisteria by A. L. Tyler
The Wrong Side of Right by Thorne, Jenn Marie
The Lure of the Moonflower by Lauren Willig
Free Gift With Purchase by Jackie Pilossoph
Our partner