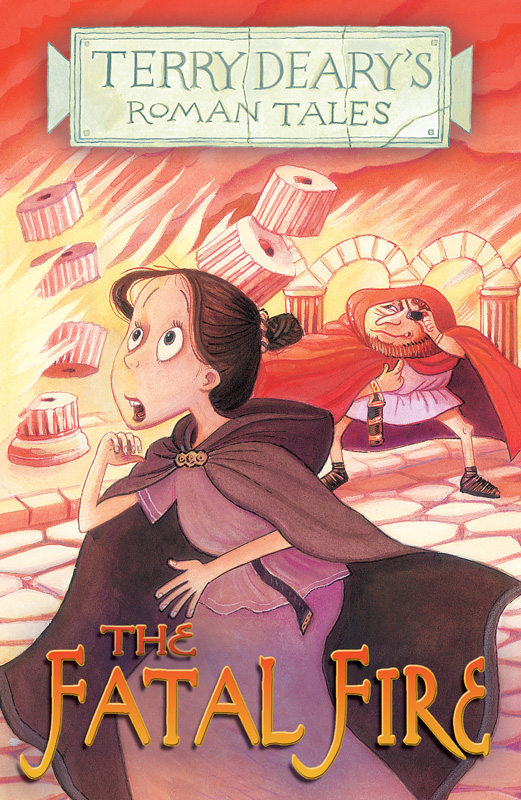 The rights of Terry Deary and Helen Flook to be identified as the author and illustrator of this work have been asserted by them in accordance with the Copyrights, Designs and Patents Act 1988.

A CIP catalogue for this book is available from the British Library.

All rights reserved. No part of this publication may be reproduced in any form or by any means â graphic, electronic or mechanical, including photocopying, recording, taping or information storage and retrieval systems â without the prior permission in writing of the publishers.

This book is produced using paper that is made from wood grown in managed, sustainable forests. It is natural, renewable and recyclable. The logging and manufacturing processes conform to the environmental regulations of the country of origin.

Printed and bound in Great Britain by Cox & Wyman Ltd.

“Rome is a dangerous place, Mary,” the old man whispered. He pulled a hood over his head to hide his face. “Death is all around us.” 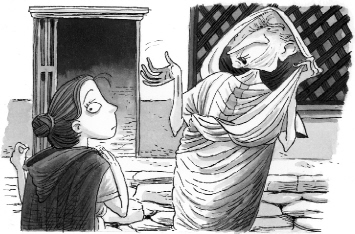 Mary looked about the street. She could see lots of peopleâ¦ but not this strange thing called Death.

“Where, master Tullus?” she asked. 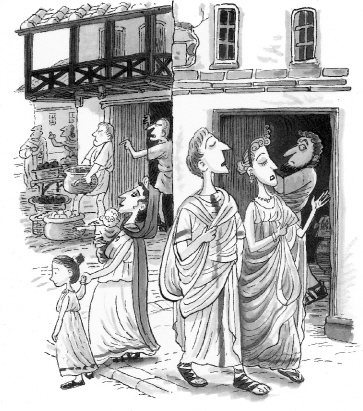 The shops in the street were closed. Today was the day of the chariot races. The shopkeepers knew that the crowds would pack the streets. And where there were crowds, there were thieves.

In all the shoving and shouting, the dust and the din, thieves would rob the shops and disappear quickly in the crush of the crowds. 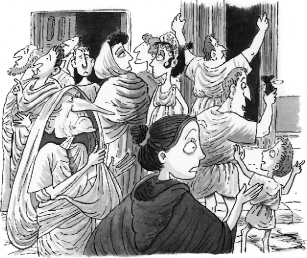 Master Tullus pulled the girl into a shop doorway. He leaned forward. “See that man with one eye standing on the corner?” he asked. 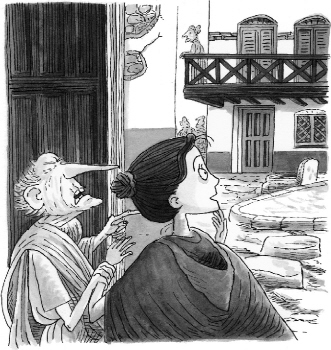 The girl could see the man with a dark beard and a patch over one eye. In the rushing rabble, he was the one standing still on the corner. His one eye flickered round, watching the scene.

“He's a thief,” the old man went on. “He's waiting for a rich man to pass by. If the rich man is drunk then the one-eyed villain will follow him. When the crowd packs into the arena, he will push up against the rich man. He'll slip a hand into his toga and pinch his purse!”

“Shall we stop him?” 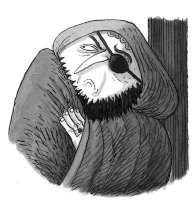 “He carries a knife. He'll cut your throat if you try. Would you like that?”

“No, master Tullus,” the girl sighed. “How do you know this?”

“I've seen him hanging around the baths. When the men get undressed, he tries to creep into the changing room and search for their purses. Sometimes the slaves on guard get careless.” 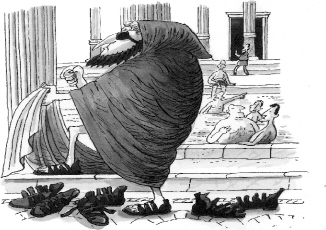 “And he's not the worst. See those gangs?” her master asked. 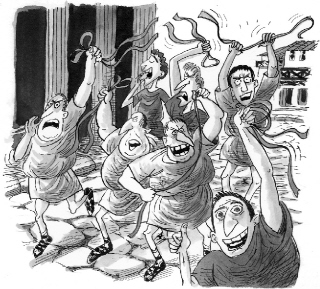 “The ones carrying ribbons?” Mary had seen them, with their red or white, green or blue ribbons, charging down the street, bawling and battering people out of their way.

“The colours are the chariot team they support. They get very excitedâ¦ some say they don't sleep the night before the races, and they drink a lot and can turn very nasty. The reds hate the whites and the blues hate the reds.
Everyone
hates the greens.” 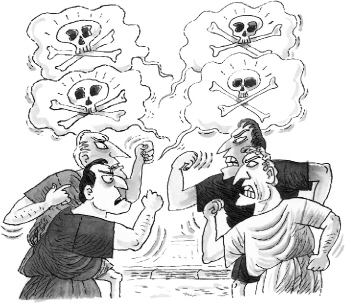 Lying in Wait (9780061747168) by Jance, Judith A.
The House of Pain by Tara Crescent
American Curls by Nancy Springer
Zollocco: A Novel of Another Universe by Cynthia Joyce Clay
Some Kind of Wonderful by J. Minter
The Space Between Heartbeats by Melissa Pearl
Lady Olivia To The Rescue by Julia Parks
Sailors on the Inward Sea by Lawrence Thornton
B006NZAQXW EBOK by Desai, Kiran
Deep Shadow by Randy Wayne White
Our partner