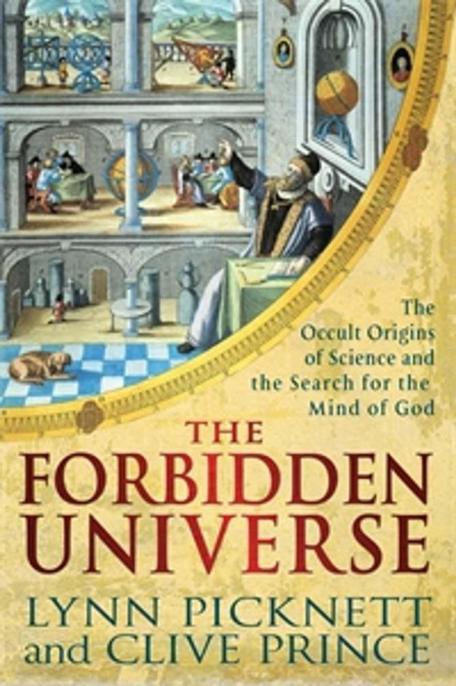 Unless you make yourself equal to God, you cannot understand God; like is understood by like. Make yourself grow to immeasurable immensity, outstrip all body, outstrip all time, become eternity and you will understand God. Having conceived that nothing is impossible to you, consider yourself immortal and able to understand everything, all art, all learning, the temper of every living thing. Go higher than every height and lower than every depth. Collect in yourself all the sensations of what has been made, of fire and water, dry and wet; be everywhere at once, in land, in the sea, in heaven; be not yet born, be in the womb, be young, old, dead, beyond death. And when you have understood all these at once – times, places, things, qualities, quantities – then you can understand God.

Part 1: The Occult Roots of Science

1 Copernicus and the Second God

3 Galileo and the City of the Sun

6 Isaac Newton and the Invisible Brotherhood

Part 2: The Search for the Mind of God

In September 2010 the London
Times
carried the banner headline ‘Hawking: God did not create Universe’,
conveying
a sense of finality, as if one man – no matter how distinguished – had finally answered arguably the greatest question of all time. In fact, to us the most remarkable thing about this was that Britain’s leading broadsheet thought this topic worthy of their front page. Although it was publishing extracts from his latest book,
The Grand Design
, the
readiness
with which
The Times
accorded Hawking not only the headline, but also a lengthy article and most of the
accompanying
magazine, shows just how big the debate between religion and science has become.

An even more strident anti-God voice is, of course, that of Richard Dawkins, the British evolutionist and crusading atheist, whose
The God Delusion
(2006) polarized the
controversy
and gave rise to a flurry of books either attacking him or turning him into a demi-god in his own right. This even led to the bizarre sight of London’s big red buses carrying posters that declared, ‘There’s probably no God. Now stop worrying and enjoy your life’, followed swiftly by the other side’s call to arms, ‘There definitely is a God. So join the Christian Party and enjoy your life’. Seeing these buses sail past in the capital of arguably the most secular country in the West was indeed a curious sight. The
controversy has become so cool that it has even found its way into the routines of the edgier comics such as Eddie Izzard and Ricky Gervais, both of whom are vociferously and colourfully atheist.

The debate is by no means simply confined to personal belief or philosophical interest. Religion is now also a hot topic for politicians and social workers, as the gulf widens between the secular and religious mindsets. It seems that virtually every day the media carries some manifestation of this tension, from the French ban on the wearing of the Muslim
burqa
to the fundamentalism that fuels the War on Terror.

When the argument about the existence of God is framed, as it usually is, in terms of dogmatic organized religion, the Dawkins’ school seems to be well ahead. When he is arguing with a Christian fundamentalist or a fervent Catholic it is hard not to agree with him. But when he extends his reasoning to anything that touches on the mystical, magical or transcendental, that is where we part company.

There are several major problems with the position advocated by Dawkins and his even more vociferous fellow atheist Christopher Hitchens, author of
God is Not Great
(2007). The first is that, taking advocacy of rationalism and science to its logical conclusion runs the risk of scientism – science as an ideology instead of an objective method for evaluating and improving the natural world. This would create a society in which every aspect of life – not just technology, medicine and so on – is assessed and governed by science. However, as very few people have either the time or the inclination to keep up to date with cutting-edge science, they would have to take the
pronouncements
of scientists on trust – or faith. Which is exactly how priests rose to power, by claiming an exclusive insight into God’s laws beyond the reach of ordinary folk.
We would be back where we started; scientists would be the new priesthood, and scientism would have become the new religion.

More importantly, it seems to us that a sweeping dismissal of anything remotely spiritual or mystical actually ignores a major part of what it is to be human. The Dawkins/Hitchens school fails to distinguish between, on the one hand, the religious
impulse
that is innate to human beings and, on the other, the systems of authority and control that the organized religions have become.

The debate is almost always portrayed with just two alternatives, scientific atheism and organized, dogmatic religion. But something is missing: the profound sense of the ‘Other’, or the transcendental – what may be termed the mystical, or even magical – that underpins, but is not the same as, religious sensibilities. And, as this book hopes to demonstrate, this is by no means incompatible with a truly scientific worldview.

There has never been a culture – from rainforest tribes to the greatest civilizations such as Rome, ancient Egypt or even the modern West – which did not begin with an understanding of the world based on a belief that it is both purposeful and meaningful, arising from a supernatural ordering of things. It, and everything in it, are here for a reason. This way of looking at the world around us is not learned, but instinctive; it comes naturally to the individual. And this yearning for the transcendental is not rooted in organized religions; they and their priesthoods might exploit this innate impulse, but they did not create it.

Ours is the first civilization where a significant number of people have attempted to break away from such a worldview. But, as Richard Dawkins laments, it is a slow and difficult struggle, precisely because such thinking is second nature to our species. It is so universal, so taken for granted, that it seems to be hardwired into us.

Indeed, while we were writing this book, new evidence emerged, in the work of developmental psychologist Professor Bruce Hood of Bristol University, who concluded at the 2009 meeting of the British Science Association that ‘superstition is hardwired’, being there from the beginning:

Our research shows children have a natural, intuitive way of reasoning that leads them to all kinds of supernatural beliefs about how the world works. As they grow up they overlay these beliefs with more rational approaches but the tendency to illogical supernatural beliefs remains as religion.
1

Hood demonstrated just how hard that wiring is. For example, his study of a group of staunch atheists revealed that even they found the idea of receiving an organ
transplant
from a murderer utterly abhorrent – a completely irrational reaction. Another researcher, American
anthropologist
Pascal Boyer, concludes:

Religious thinking seems to be the path of least resistance for our cognitive systems. By contrast,
disbelief
is generally the work of deliberate, effortful work against our natural cognitive dispositions.
2

Hood and Boyer are not talking about deeply mystical and religious feelings but something much more common. Yet, while recognizing how fundamental magical thinking is to human beings, they fail to explain the big question of
why
this should be so.

Similarly, the Dawkins school pays little attention to this mysterious human propensity for a belief in the
supernatural
and the magical. As it is the very antithesis of scientific, rational thought they don’t even give it a nod. But this is dodging a major question. Even if it
is
all just
superstition, surely investigating such a basic instinct with an open – a truly scientific – mind would reveal something important about humanity? If, as Dawkins insists, God is a delusion, why should we be
programmed
to be quite so delusional?

As a specialist in the genetic basis of human and animal behaviour, Dawkins has attempted to explain the ubiquity of religion as a by-product of a useful evolutionary trait, suggesting that human beings have evolved an instinct to obey the commands of elders because, as children, we need to do so to remain safe in a dangerous world. We are programmed to believe what we are told by those we look up to in authority. However, as this instinct remains into adulthood we stay susceptible to the pronouncements of authority, and so priests effectively become our surrogate parents, our holy fathers.
3

Although this makes some sense, it disingenuously addresses only one aspect of religion: why human societies almost always develop religious institutions and
priesthoods
– the
exploitation
of magical thinking, not the reason it exists in the first place. Dawkins’ scenario would work equally well without religion – if people are programmed to accept authority, then kings and dictators would do just as well, without an appeal to a higher but invisible being.

Science has yet to provide an answer to the basic question of why humans are hardwired to believe. And it is an exquisite irony that one of the products of this magical mindset was science itself. It is, as we will see, what motivated all of the great pioneers of the scientific revolution.

As readers of our previous books will realize, anything that is forbidden has an instant appeal to us. So the discovery that there is a forbidden science was just too tantalizing to ignore. Its focus is an ancient mystical and cosmological system that has always clamoured for our
attention, from our first research into Leonardo da Vinci and the Turin Shroud, and our discoveries about the heresy that upholds John the Baptist as the true Christ, which we explore in
The Templar Revelation
(1997) and
The Masks of Christ
(2008). Lynn’s
Secret History of Lucifer
(2006), which explores forbidden paths to both mystical and scientific enlightenment, also lit the way to this book.

As we hope to demonstrate, the greatest inspiration of luminaries such as Copernicus and Isaac Newton was almost lost over the centuries. Although the usual
explanation
for this decline is that scientists simply became too mechanistic – Dawkins would say too sophisticated and intelligent – to think in transcendental terms, we argue that this is not the case, and that there was another reason entirely … In fact, this venerable philosophy has much to reveal not only about the origins of science but, we contend, is also increasingly relevant for today’s scientists.