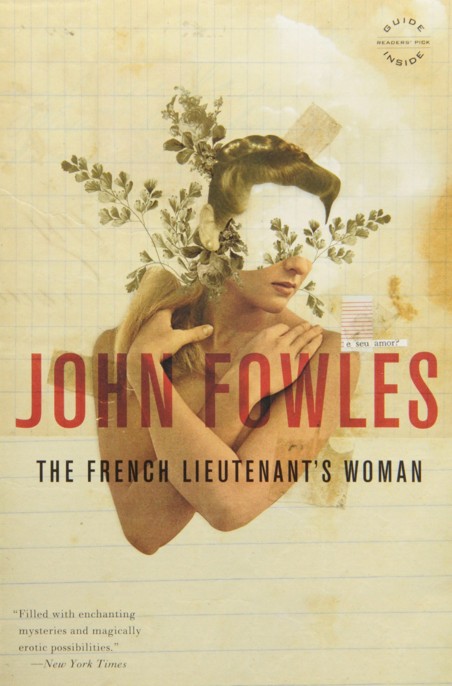 Every
emancipation is a restoration of the human
world
and of human relationships to man himself.
M
arx,
Zur Judenfrage (1844)

ACKNOWLEDGMENTS
I should like to thank
the following for permission to quote: the Hardy Estate and Macmillan
& Co. Ltd. for extracts from The Collected Poems of Thomas Hardy;
the Oxford University Press for quotations from G. M. Young's
Victorian Essays and Portrait of an Age; Mr. Martin Gardner and the
Penguin Press for a slightly compressed quotation from The
Ambidextrous Universe; and finally Mr. E. Royston Pike and Allen &
Unwin Ltd., not only for permission to quote directly but also for
three contemporary extracts and countless minor details I have
"stolen" from his Human Documents of the Victorian Golden
Age (published in the United States by Frederick A. Praeger, Inc.,
under the title Golden Times: Human Documents of the Victorian Age).
I recommend this brilliant anthology most warmly to any reader who
would like to know more of the reality behind my fiction.
--
J. F.

Solely
out there
Did her gaze rest,
Never
elsewhere
Seemed charm to be.
--Hardy, "The
Riddle"

An easterly is the most
disagreeable wind in Lyme Bay-- Lyme Bay being that largest bite from
the underside of England's outstretched southwestern leg--and a
person of curiosity could at once have deduced several strong
probabilities about the pair who began to walk down the quay at Lyme
Regis, the small but ancient eponym of the inbite, one incisively
sharp and blustery morning in the late March of 1867.

The Cobb has invited
what familiarity breeds for at least seven hundred years, and the
real Lymers will never see much more to it than a long claw of old
gray wall that flexes itself against the sea. In fact, since it lies
well apart
from the main town, a tiny Piraeus to a microscopic Athens, they seem
almost to turn their backs on it. Certainly it has cost them enough
in repairs through the centuries to justify a certain resentment. But
to a less tax-paying, or more discriminating, eye it is quite simply
the most beautiful sea rampart on the south coast of England. And not
only because it is, as the guidebooks say, redolent of seven hundred
years of English history, because ships sailed to meet the Armada
from it, because Monmouth landed beside it ... but finally because it
is a superb fragment of folk art. Primitive yet complex, elephantine
but delicate; as full of subtle curves and volumes as a Henry Moore
or a Michelangelo; and pure, clean, salt, a paragon of mass. I
exaggerate? Perhaps, but I can be put to the test, for the Cobb has
changed very little since the year of which I write; though the town
of Lyme has, and the test is not fair if you look back towards land.

However, if you had
turned northward and landward in 1867, as the man that day did, your
prospect would have been harmonious. A picturesque congeries of some
dozen or so houses and a small boatyard--in which, arklike on its
stocks, sat the thorax of a lugger-- huddled at where the Cobb runs
back to land. Half a mile to the east lay, across sloping meadows,
the thatched and slated roofs of Lyme itself; a town that had its
heyday in the Middle Ages and has been declining ever since. To the
west somber gray cliffs, known locally as Ware Cleeves, rose steeply
from the shingled beach where Monmouth entered upon his idiocy. Above
them and beyond, stepped massively inland, climbed further cliffs
masked by dense woods. It is in this aspect that the Cobb seems most
a last bulwark--against all that wild eroding coast to the west.
There too I can be put to proof. No house lay visibly then or, beyond
a brief misery of beach
huts, lies today in that direction.

The local spy--and there
was one--might thus have deduced that these two were strangers,
people of some taste, and not to be denied their enjoyment of the
Cobb by a mere harsh wind. On the other hand he might, focusing his
telescope more closely, have suspected that a mutual solitude
interested them rather more than maritime architecture; and he would
most certainly have remarked that they were people of a very superior
taste as regards their outward appearance.

The young lady was
dressed in the height of fashion, for another wind was blowing in
1867: the beginning of a revolt against the crinoline and the large
bonnet. The eye in the telescope might have glimpsed a magenta skirt
of an almost daring narrowness--and shortness, since two white ankles
could be seen beneath the rich green coat and above the black boots
that delicately trod the revetment; and perched over the netted
chignon, one of the impertinent little flat "pork-pie" hats
with a delicate tuft of egret plumes at the side--a millinery style
that the resident ladies of Lyme would not dare to wear for at least
another year; while the taller man, impeccably in a light gray, with
his top hat held in his free hand, had severely reduced his
dundrearies, which the arbiters of the best English male fashion had
declared a shade vulgar--that is, risible to the foreigner--a year or
two previously. The colors of the young lady's clothes would strike
us today as distinctly strident; but the world was then in the first
fine throes of the discovery of aniline dyes. And what the feminine,
by way of compensation for so much else in her expected behavior,
demanded of a color was brilliance, not discretion.

But where the
telescopist would have been at sea himself was with the other figure
on that somber, curving mole. It stood right at the seawardmost end,
apparently leaning against an old cannon barrel upended as a bollard.
Its clothes were black. The wind moved them, but the figure stood
motionless, staring, staring out to sea, more like a living memorial
to the drowned, a figure from myth, than any proper fragment of the
petty provincial day.

In that year
(1851) there were some 8,155,000 females of the age of ten upwards in
the British population, as compared with 7,600,000 males. Already it
will be clear that if the accepted destiny of the Victorian girl was
to become a wife and mother, it was unlikely that there would be
enough men to go round.
--
E.
Royston Pike, Human Documents of the Victorian Golden Age

"
My
dear Tina, we have paid our homage to Neptune. He will forgive us if
we now turn our backs on
him."

"
What
does that signify, pray?"

"
I
should have thought you might have wished to prolong an opportunity
to hold my arm without impropriety."

And so the man, with a
dry look of despair, as if it might be his last, towards land, turned
again, and the couple continued down the Cobb.

"
And
I wish to hear what passed between you and Papa last Thursday."

"
Your
aunt has already extracted every detail of that pleasant evening from
me."

The girl stopped, and
looked him in the eyes.

"
Charles!
Now Charles, you may be as dry a stick as you like with everyone
else. But you must not be sticky with me."

"
Then
how, dear girl, are we ever to be glued together in holy matrimony?"

"
And
you will keep your low humor for your club." She primly made him
walk on. "I have had a letter."

"
I
know that something happened ... over the port."

They walked on a few
paces before he answered; for a moment Charles seemed inclined to be
serious, but then changed his mind.

"
I
confess your worthy father and I had a small philosophical
disagreement."

"
That
is very wicked of you."

"
And
what was the subject of your conversation?"

"
Your
father ventured the opinion that Mr. Darwin should be exhibited in a
cage in the zoological gardens. In the monkey house. I tried to
explain some of the scientific arguments behind the Darwinian
position. I was unsuccessful.
Et
voila tout
."

"
How
could you--when you know Papa's views!"

"
I
was most respectful."

"
Which
means you were most hateful."

"
He
did say that he would not let his daughter marry a man who considered
his grandfather to be an ape.

But I think on
reflection he will recall that in my case it was a titled ape."

She looked at him then
as they walked, and moved her head in a curious sliding sideways turn
away; a characteristic gesture when she wanted to show concern--in
this case, over what had been really the greatest obstacle in her
view to their having become betrothed. Her father was a very rich
man; but her grandfather had been a draper, and Charles's had been a
baronet. He smiled and pressed the gloved hand that was hooked
lightly to his left arm.

"
Dearest,
we have settled that between us. It is perfectly proper that you
should be afraid of your father.

But I am not marrying
him. And you forget that I'm a scientist. I have written a monograph,
so I must be.

And if you smile like
that, I shall devote all my time to the fossils and none to you."

"
I
am not disposed to be jealous of the fossils." She left an
artful pause. "Since you've been walking on them now for at
least a minute--and haven't even deigned to remark them."

He glanced sharply down,
and as abruptly kneeled. Portions of the Cobb are paved with
fossil-bearing stone.

"
By
Jove, look at this.
Certhidium
portlandicum
.
This stone must come from the oolite at Portland."

"
In
whose quarries I shall condemn you to work in perpetuity--if you
don't get to your feet at once."

He obeyed her with a
smile.

Stone Blade by James Cox
Traitor's Kiss by Pauline Francis
Secret of the Legion by Marshall S. Thomas
Londongrad by Reggie Nadelson
THE FOURTH WATCH by Edwin Attella
Details at Ten by Garland, Ardella
The Spook's Blood (Wardstone Chronicles) by Delaney, Joseph
Rogue for a Night by Jenna Petersen
Now I Know by Aidan Chambers
The Black Hour by Lori Rader-Day
Our partner