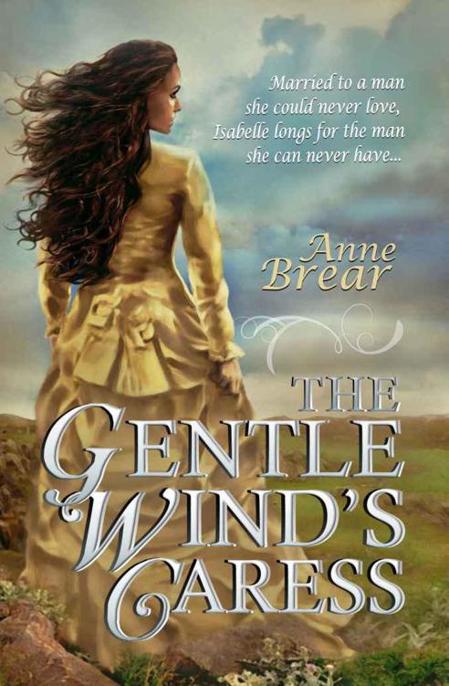 The right of Anne Brear to be identified as author of this work has been asserted by her in accordance with the Copyright, Designs and Patents Act 1988.

All rights reserved. No part of this publication may be reproduced, stored in a retrieval system, or transmitted, in any form or by an means, without the prior permission in writing of Knox Robinson Publishing, or as expressly permitted by law, or under terms agreed with the appropriate reprographics rights organization. Enquiries concerning the reproduction outside the scope of the above should be sent to the Rights Department, Knox Robinson Publishing, at the London address above.

You must not circulate this book in any other binding or cover and you must impose the same condition on any acquirer.

Manufactured in the United States of America, Australia and the United Kingdom.

No man of a woman born,

Coward or brave, can shun his destiny.

The House of Women

To Take Her Pride

Isabelle stood dry-eyed at her sister’s grave. Morning rain trickled down her collar and sent icy shivers along her skin. A blanket of dirty grey clouds lay low as though pressing her misery deeper onto her shoulders. The muffled bustle of Halifax came from behind them, reminding them that life continued no matter what.

For a fleeting moment, Isabelle panicked. Alone. She and Hughie were all alone. The world suddenly seemed too large, too frightening without Sally’s calm presence. Sally was the soothing voice to Isabelle’s flights of fancy. Her madcap schemes and grand plans for leaving Halifax always made Sally smile tenderly and nod, but her elder sister knew, in her sweet and quiet way, that their lives were already mapped out for them. Isabelle Gibson couldn’t change that. Dreams for a better life kept the workhouse inmates alive, Sally had known that and wouldn’t dispel Isabelle’s imaginings, for it was all they had.

A cold hand inched into her own and she looked at her brother Hughie with his cropped dark hair and the sad grey eyes of their mother’s.

‘Poor Sally,’ he said with a sniff, using his sleeve to wipe away the moisture from his nose. ‘At least she’s with mother now and grandfather. They will watch over us together.’

Isabelle couldn’t speak. Her emotions at her sister’s death only surfaced as anger. Anger at losing yet another member of her family. Sally, like their delicate mother, had been too gentle, too good for this harsh life. After their grandfather’s death there had been no one to look after them, no one to save them from entering the private workhouse. For her mother, a proud woman, the situation humiliated her and, in the end, ultimately killed her.

A stooped old man stepped forward. ‘Er, I need ter fill it in, lass. So, yer’d best be heading off now.’

Wrenched out her thoughts, she looked at the gravedigger as though she had never seen one before and then nodded once and turned away. Grabbing Hughie’s hand tighter, she dragged him behind her as she twisted this way and that around the numerous grave markers.

They crossed the lane and entered the back gate of the workhouse grounds, which was barren of all colour. No trees or plants softened the sharp lines or grey drabness of the stone buildings. The only greenery was the rows of late summer vegetables. The rest of the yard didn’t even have the luxury of cobbles but was simply dirt – dusty in the dry weather and thick mud in the rain.

After stepping through the doorway into the side entrance of the main building, Isabelle stopped and shook the rain from her cape. ‘We aren’t staying here any longer, that I do know.’

‘Maybe our father will come and get us?’

‘Don’t talk daft.’ She frowned. ‘He’s been gone eight years and I doubt he’ll be back now. Why do you always think of him? You hardly remember him!’

Hughie shrugged and looked down at his boots.

She gripped her cold hands together annoyed, as always, that Hughie continued to hold the image of their father as some hero who would come and sweep them away to a wonderful life of riches and pleasures.

Sighing, she paced the narrow, dim hallway, hardly aware of the multitude of noises that penetrated out from other rooms above her head. ‘We need to be able to look after ourselves and not be split up. Now Sally has gone the old crow might do it. Yesterday, the dragon mentioned sending you down the pit. And me,’ she snorted in disgust and a little fear, ‘well I can only imagine where she’d like to send me.’

‘Matron’ll put you into service.’ Hughie nodded like a wise old man.

‘Oh no, she won’t.’ Isabelle slowed her pace. ‘I’ll not swap one form of servitude for another unless it’s to my benefit. I promised Mother.’ She pressed her temples and squeezed her eyes tight to concentrate. The sound of movement further along made her glance up. Neville Peacock leered at her from a doorway. Revulsion made Isabelle shiver far more than the cold did.

Peacock sauntered towards them, hands in his trouser pockets. ‘So, your dear Sally is six foot under now?’

Isabelle clenched her fists fighting the urge to scratch his eyes out. ‘One good thing is that she’s out of your clutches! As soon will I!’

His evil laughter echoed around the shadowed hallway. ‘And here I was thinking you enjoyed my advances.’

Isabelle straightened and fixed him with a look of contempt. A tuft of beard grew from his chin and that, with his long sallow face reminded her of a lean, dangerous wolf, always on the prowl. ‘I would rather swim in the midden than let you touch me.’

His face tightened. ‘You enjoy having my attention.’

‘I put up with it before to keep you away from my sister!’

His nostrils flared and a flush crept up his neck. He stared at her breasts before dragging his gaze up to her face. ‘I will have you, Miss Gibson, and you will take pleasure in it.’

‘Leave my sister alone!’ Hughie stepped up beside her.

Neville raised his fist, but Isabelle thrust herself between them. ‘Don’t you dare touch him.’

He moved back and lowered his hand, chuckling. ‘I’ll not waste my time. He’s but a minnow in a very large river.’

Isabelle tossed her head and narrowed her eyes. ‘And you are nothing but a slimy eel.’

Mrs Toombs, a patron of the workhouse, scurried by at the end of the corridor, but halted on seeing Isabelle. ‘Why, dear, I just heard the news. Poor Sally. You must feel wretched? Mrs Peacock already misses Sally’s quiet presence, I’m sure.’ She ruffled Hughie’s damp hair. ‘Never mind, at least Sally has gone to a better place now.’

Neville Peacock slunk away into the shadows and disappeared from sight.

Isabelle sighed and pushed his nauseating image from her mind. She smiled at the plump, elderly woman. ‘Thank you, Mrs Toombs. Yes, Sally will be greatly missed.’

‘I thought I might marry, Mrs Toombs, should I find someone willing to take both myself and Hughie.’

‘Excellent idea, my dear. Everyone should be married and for a young bright girl like you it would the perfect solution.’

Isabelle nodded. ‘That was my thoughts exactly, Mrs Toombs.’

The older woman adjusted the basket hooked over her arm. Her navy blue taffeta skirts rustled with every movement. ‘Well, I must be going. My husband will not wait much longer for me, but he is generous in allowing me to bring my small donations to Mrs Peacock’s establishment.’

As the patron hurried back along the corridor, Isabelle chewed her bottom lip in thought.

‘She is nice,’ Hughie spoke, breaking into her thoughts.

‘Because she is married. A respectable married woman gains the high opinion from the community. Once you are married you are free, only answerable to your husband, and if you can bend him to suit your needs, well, there is no limit in what you can do.’ She nodded. ‘Being married is the best thing a woman can do. You just have to make sure you marry the right person and not a drifter like our father!’

Hughie shuffled on the spot, his expression bored.

‘I need to speak with Mrs Peacock.’ She squeezed his hand and let go. ‘Go back to your chores. We’ll meet after the noon bell behind the garden shed in the west corner.’

‘Can’t we go into the glasshouse? It’s warmer in there.’

‘No. There’s always people about.’

Once he had left her, she straightened her shoulders, placed her hat back on at a slight angle and took a deep breath. Marriage. The word burned in her soul. If she could marry she could keep Hughie with her and they’d be free from the workhouse, away from Matron’s demanding rule and away from the slime, Neville Peacock.

Lifting her brown skirt, she ran down the corridor, turned left and marched along a wider hallway that had numerous doors on both sides. At the end of the hall, she turned right and paused in front of a black painted door, which bore a brass plaque with the words
Mrs Peacock, Matron
.

Isabelle automatically tidied her hair, knowing the Matron’s fastidious nature in all things. Smoothing her drab skirt, she prayed silently that the woman would not make her angry, which was often the case whenever their paths crossed. Isabelle stiffened her spine and raised her hand to knock.
I am a vicar’s granddaughter, not some scum off the street.
With this in mind she rapped sharply on the door.

Within seconds it opened and Mr Beale, the matron’s right-hand man glared at her behind thick, steel-rimmed lenses. ‘How dare you knock on this door!’

‘Excuse me, Mr Beale, but I wish to speak to Mrs Peacock.’

‘I shall not waste her time, I promise you.’ Isabelle pushed open the door and stepped inside, making the little man stumble back and gape at her.

Mrs Peacock, a large woman always dressed in black, flung down her pen and glared. ‘What is the meaning of this?’

‘I ask for your forgiveness, Matron, but I have urgent needs that I must discuss with you.’

‘Urgent needs?’ The matron snorted, full of loathing. ‘Don’t talk nonsense, leave me at once.’

‘I wish to prepare for my future.’

Mrs Peacock laughed a shrill noise that grated on Isabelle’s ears. ‘Your future? You have no future now Sally has gone! She was the one thing you had worthy and it is your fault she died.’

‘Yes, and how did she catch it?’ Matron stood and placed her hands flat on the desk. ‘She chased after you into the rain. You and your impertinent ways led her to her death. If you hadn’t run off that day, she would still be here!’

‘And why did I run?’ Emotion boiled inside Isabelle’s chest at the matron’s unjust accusation. ‘I ran because your filthy son wanted to lift my skirts and you didn’t care.’ She tossed her head. ‘As if I would willingly let him touch me!’

ICEHOTEL by Allen, Hanna
Forever and Forever (Historical Proper Romance) by Josi S. Kilpack
The Clairvoyant Countess by Dorothy Gilman
Remember Ben Clayton by Stephen Harrigan
Baby Blues and Wedding Shoes by Amanda Martin
The Sunny Side by A.A. Milne
A Heart of Ice (Araneae Nation) by Hailey Edwards
Nemesis by Bill Pronzini
In the Air Tonight by Stephanie Tyler
A Mad and Wonderful Thing by Mark Mulholland
Our partner