Read The Giants and the Joneses Online

The Giants and the Joneses 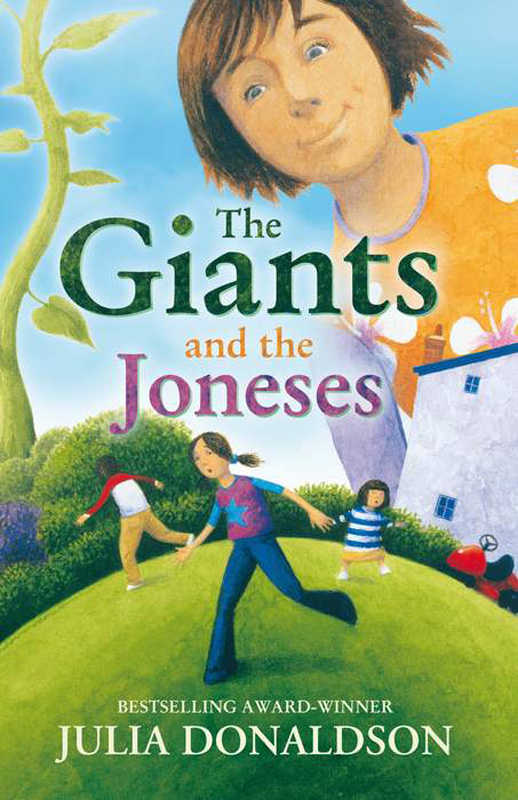 The Giants and the Joneses
JULIA DONALDSON

The Giants and the Joneses

For Angharad and Rhiannon 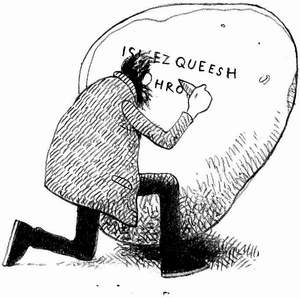 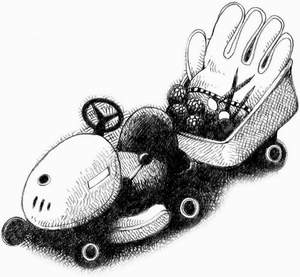 7 The mountain of cliffs

11 The return of Zab

12 The staircase and the slide

20 The monster on the bed

24 The bridge of doom 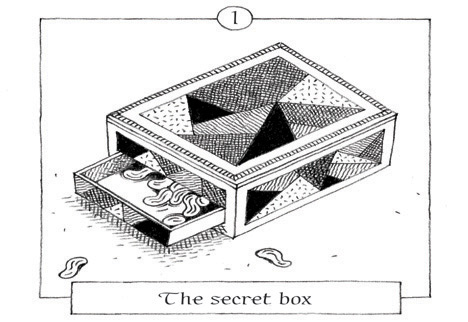 The girl giant, Jumbeelia, was sitting up in bed and holding out a book to her mother. ‘Beesh, beesh,
beesh
, Mij!’ she pleaded again.

Mij, Jumbeelia’s mother, sighed. Without even looking at the book, she knew that the picture on the front was of a tiny little man standing on a leaf. When
would Jumbeelia, who was nearly nine and perfectly capable of reading to herself, grow out of these babyish bedtime stories about the iggly plops?

Everyone knew that the iggly plops didn’t really exist. Just as well, since they were such nasty little things in all the stories about them. Jumbeelia’s big brother had stopped believing in them long before he was this age.

Jumbeelia’s mother took a different book from the shelf. It had a picture of some nice normal giant children running about in school uniform.

But Jumbeelia looked so disappointed that Mij gave in. Yet again she told the ridiculous tale of the iggly plop who climbed up a bimplestonk and arrived in the land of Groil.

He was a very wicked iggly plop: he stole a hen and a harp and a lot of money. The poor giant who had been burgled chased after him but he wasn’t fast enough; when he was halfway down the bimplestonk the iggly plop chopped it down and the giant fell to his death.

It was a horrible story, Mij thought. What was especially awful was the fact that the nasty iggly plop
got away with his crimes instead of being punished. But Jumbeelia didn’t seem to mind that. If anything she was on the iggly plop’s side, and when her mother finished the story she wanted it all over again. ‘Tweeko! Tweeko!’ she cried.

Her mother refused, so Jumbeelia contented herself with asking questions about the iggly plops. Were they very
very
iggly? Would they reach up to her knee or were they as iggly as her iggly finger? Did they have iggly houses and trees and animals and beds and cups and spoons? And what did they eat, apart from bimples? They must eat bimples, because they climbed up bimplestonks.

But Mij wasn’t much help. They
didn’t
eat bimples and they
didn’t
climb up bimplestonks, she said. How could they, when they didn’t exist?

She kissed her daughter goodnight and switched out the bedside light.

As soon as the footsteps had died away, Jumbeelia switched the light back on. She got out of bed and weaved her way across her bedroom. She didn’t walk in a straight line because her bedroom floor was covered in all her collections. There was a tin of coins, a bag of shells and a basket of fir cones. There was a heap of buttons, a hill of egg boxes and a mountain of cushions. But Jumbeelia didn’t want to play with any of these things. She weaved her way round them all to the corner of the room and rummaged inside a big chest.

Was it still in here? Yes!

Jumbeelia took an old box out of the chest. It was made of different shapes of coloured wood. She shook it, and smiled when she heard the lovely dull rattling sound.

Turning the box over, she found the special shape she was looking for. It was a red diamond. She pressed it hard with her thumb, and the hidden drawer in the box sprang open.

Jumbeelia’s smile grew and she put the box down on the floor. Squatting, she scooped up a handful of the lovely, wrinkly, squirly-patterned things inside.

‘Bimples!’ she murmured as she poured them from one hand to the other and back again.

And then an idea struck her – a wonderful, marvellous idea. 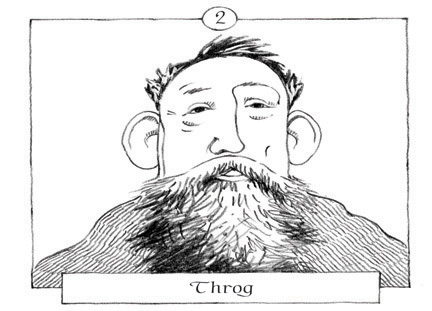 A
LTHOUGH
J
UMBEELIA’S MOTHER
was always telling her that no grown-up giants believed in the iggly plops, this wasn’t quite true. There was one very old giant who
did
believe in them, but no one took him seriously because he talked to himself all the time. He talked in rhyme about iggly plops and bimplestonks, and as he talked he walked – not just anywhere but round and round the very edge of Groil, the other side of the wall, where the land stopped and the clouds
began. In his hand he carried a can full of extremely powerful weedkiller.

The old giant’s name was Throg, which meant warning in giant language, and his rhymes
were
a warning to anyone who would listen – a warning that one day a new bimplestonk would spring up and that the wicked cunning iggly plops would climb up it and invade Groil.

Hardly anyone
did
listen to the old giant because most of the other giants preferred to stay away from the edge of Groil, fearing that they might fall off. But now and again one of Throg’s rhymes would drift to them on the wind. Then they would shake their heads, smile, and call him a poor old man – ‘Roopy floopy plop’.

Jumbeelia’s father was a policeman. He had told her that Throg was forever calling at the police station and asking them to organise proper police patrols of the edgeland. But none of the police took this idea seriously. ‘Roopy floopy plop,’ they would say, just like all the other grown-up giants.

Jumbeelia had never been to the edgeland; she wasn’t allowed the other side of the wall. But she had heard old Throg’s rhymes, and now and then she caught sight of him taking a nap or eating sandwiches in a field. She would have liked to talk to him – to ask him what he knew about iggly plops and bimplestonks – but she didn’t dare. She couldn’t help feeling a little scared of him. 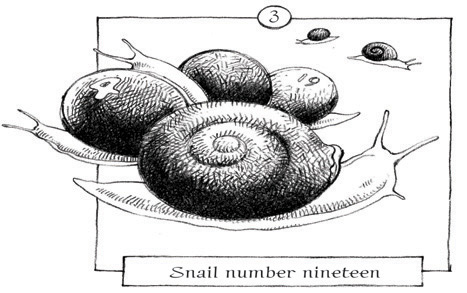 D
OWN IN THE
land of the iggly plops, an eleven-year-old human boy called Stephen Jones lay sprawled on a garden path, surrounded by marbles.

‘You stupid stick insect!’ he yelled.

Stephen’s sister Colette turned round from the flower bed where she had just picked a snail off a leaf. ‘It’s not a stick insect. It’s a snail,’ she said. ‘I mean
you
, you brainless bluebottle!’ Stephen scrambled to his feet and hurled a handful of
marbles into a bush.

‘I know it’s your stupid marble collection,’ said Stephen. ‘I’ve just trodden on one, haven’t I? Now
I’m
going to have a collection – a collection of bruises.’

Stephen put on the silly high-pitched voice he used to imitate Colette. ‘Lovely and shiny and swirly!’ he screeched.

‘Just because you can’t appreciate anything that hasn’t got an engine,’ said Colette. She put the snail into the cardboard box at her feet and turned her back on Stephen. Another snail was sitting on a leaf, waving its horns around. Snail number nineteen, it was. ‘In you go,’ she said.

The other eighteen snails were sliding around in a slow bewildered way. They weren’t taking much notice of the selection of leaves Colette had put in for them. Snail number four had climbed up the wall of the box and was nearly at the top.

‘I’ll have to make you a lid,’ Colette told them.
‘With holes in, so you can breathe.’

A bit of cardboard from her junk collection should do the trick. Colette took the box inside the house.

‘Stupid centipede!’ Stephen called after her, but half-heartedly. He had recovered from his fall and was now sitting on the seat of the lawn mower, fiddling with the controls. The lawn mower was brand new. It was gleaming and enormous. It even had a trailer. For Stephen it had been love at first sight.

As soon as she stepped into the house Colette heard Dad’s voice.

‘The basin is full of stamps!’ he shouted.

She put the snail box on the kitchen table and ran up the first flight of stairs. Dad was standing in the bathroom doorway looking fed up.

‘I’m sorry,’ said Colette. ‘I’m just soaking them off their envelopes. Can’t you wash your hands in the kitchen?’

As Dad opened his mouth to reply a feather fell on his nose.

‘Bird flying!’ came another voice, from above them. Colette looked up. Her little sister Poppy was lying on her tummy on the top landing, throwing feathers down
between the railings of the banisters.

‘Stop! That’s my feather collection! You’re such a pest, Poppy!’ Colette ran on up, her footsteps loud and furious.

But even louder and more furious was the voice which now rang up the stairs.

Colette grabbed Poppy’s fistful of feathers and slunk back downstairs, past Dad who was still muttering about stamps. She opened the kitchen door.

‘
Look
at them! They’re everywhere!’ Mum pointed at the table. The snails were slithering around among the crumbs from teatime, leaving slimy trails behind them. One had reached the rim of a jar of honey and an even more adventurous one (number four again) was climbing up the spout of the teapot.

‘I’m sorry,’ said Colette yet again. She put the feathers down and started to pick up the snails and put them back in the box. ‘I was going to make them a lid but …’

But Mum didn’t want to hear any buts. ‘This is one collection too many,’ she said. ‘Put them back outside.
Now
.’

‘Birds!’ said Poppy, coming into the kitchen and spotting the feathers on the table. But Colette’s big box was even more interesting. Poppy trailed after sister and box, out into the garden.

‘Don’t start collecting anything else out there, whatever you do!’ Mum called after them.

The Redneck Detective Agency (The Redneck Detective Agency Mystery Series Book 1) by Phillip Quinn Morris
Saffron Nights by Everly, Liz
Weird Girl and What's His Name by Meagan Brothers
View From a Kite by Maureen Hull
The Sanction by Reeyce Smythe Wilder
A Pair of Second Chances (Ben Jensen Series Book 1) by Brian Gore
Girl on the Other Side by Deborah Kerbel
Bad Hair 8 - Day Perish By Pedicure by Nancy J. Cohen
Dead Time by Anne Cassidy
The Golden Calf by Helene Tursten
Our partner