Read The Girl Who Came Back Online

The Girl Who Came Back 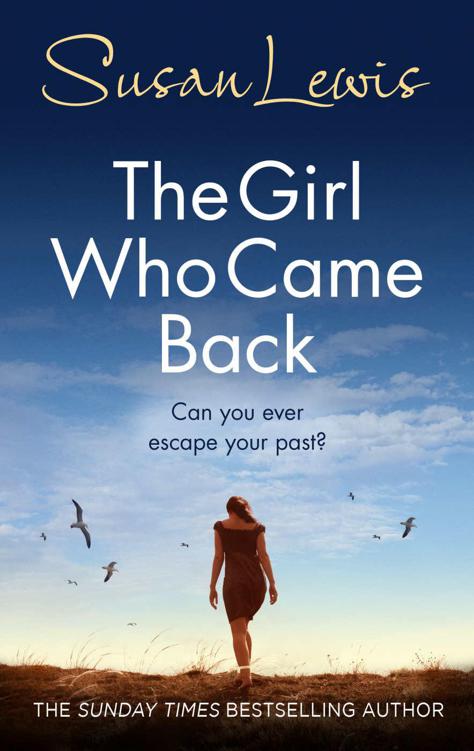 When Jules Bright hears a knock on the door, the last person she expects to find is a detective bringing her the news she’s feared for the last three years.

Amelia Quentin is being released from prison.

Jules’s life is very different now to the one she’d known before Amelia shattered it completely. Knowing the girl is coming back she needs to decide what to do. Friends and family gather round, fearing for Jules’s safety. They know that justice was never served; every one of them wants to make the Quentin girl pay.

The question is, what will Jules do; and which of them – her or Amelia – has the most to fear?

Susan Lewis
is the bestselling author of thirty-five novels. She is also the author of
Just One More Day
and
One Day at a Time
, the moving memoirs of her childhood in Bristol. She lives in Gloucestershire.

To find out more about Susan Lewis, visit her website
www.susanlewis.com
, or join in on
www.facebook.com/SusanLewisBooks
.

Susan is a supporter of the breast cancer charity Breast Cancer Care:
www.breastcancercare.org.uk
and of the childhood bereavement charity Winston’s Wish:
www.winstonswish.org.uk
.

Dance While You Can

The Truth About You

Too Close to Home

No Place to Hide

Books that run in sequence

No Child of Mine

One Day at a Time 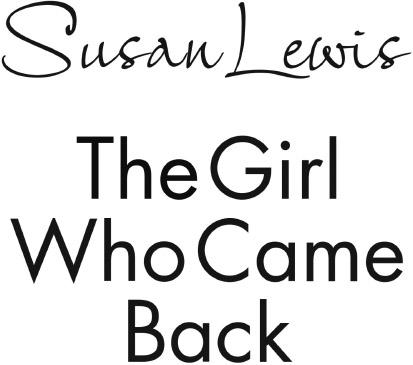 To James, again and forever

It wasn’t right to feel this way.

Not about her own daughter.

The child was only nine, for God’s sake. She was an innocent, a tender young soul still trying to find her way in the world. Except that wasn’t how she seemed, innocent and tender, or how she behaved.

She wasn’t like other children. She didn’t run or skip or play childish games. She didn’t sing or tease or sleep like an angel.

She didn’t look at people, she stared; she didn’t laugh, or when she did the sound was false, jarring, sadly humourless. Olivia had never heard girlish giggles erupting from bubbles of happiness or excitement inside Amelia. Little seemed to amuse her, or even please her, although she was often fascinated by things: insects, small animals, dolls; tools, gadgets, other children’s toys. She always wanted what wasn’t hers, which perhaps didn’t make her so very different from other children; Olivia had come across plenty of kids like that.

Amelia didn’t speak very much either, at least not to her mother.

She chatted away with her father when he made time for her.

She was the apple of his eye, when he remembered she was there.

As far as he was concerned, nothing was too much for his girl, provided it didn’t get in the way of his other commitments.

Olivia felt sure that Amelia was the only human being her husband had ever come close to loving, although she’d thought he loved her once.

That seemed a very long time ago.

She wondered how she’d ended up in this marriage, how she’d allowed herself to become the victim of such an egotistical man with such a dismissive air towards those he considered of little use.

Olivia was never entirely sure how useful she was to him.

In a material sense she wanted for nothing. They lived in a large, imposing house a stone’s throw from Chelsea Bridge. She had her own suite of rooms, a fancy car, a generous allowance and all the freedoms she could wish for.

She also had a daughter who was healthy and intelligent, meticulously clean and tidy, but never seemed joyful or carefree. Amelia was sullen and sly.

Olivia had never voiced her feelings about Amelia to anyone, least of all to her husband, Anton. Of course he would say the problem, if there was one and he probably wouldn’t admit that there was, lay entirely with her. She was Amelia’s mother, therefore she was the person Amelia spent the most time with (when she wasn’t away at school), so it stood to reason that she was the biggest influence on Amelia’s life.

Amelia was on her third school now, fifth if Olivia counted the two kindergartens she’d attended.

Amelia couldn’t settle. Other children didn’t warm to her, or were afraid of her, or ruthlessly tormented her. Olivia felt sorry for her when she was bullied and tried to soothe her, but Amelia hated being babied.

What was to become of her?

Would she change as she got older, and start to understand that she needed to be more like others if she wanted to be accepted by them? It was pointless trying to have the conversation with her; she simply got up and walked away. Or she’d tell her mother to shut up, or to leave her alone, she was busy.

Anton’s parents were bewildered by the girl, although most things bewildered them these days.

As for Olivia’s parents, they’d separated many years ago and she hadn’t seen either of them in a very long while. She didn’t even know where they were living now, though she guessed she could find out easily enough if she tried.

She’d felt so painfully alone since marrying Anton, which wasn’t how she’d felt when she was still single. She’d had lots of friends then, a career as a legal secretary, a great social life and she’d always been up for something new. Anton had been like that too, dashing and daring, successful, romantic and always attentive.

So what had changed him?

Maybe his irresistible charm had been an act that he’d simply dropped once he’d made her his wife, seeing no need to go on pleasing her as he had when they first met.

She had no idea if he ever had affairs, but she hoped he did, they would provide her with a solid excuse to leave when the time was right.

Not while Amelia was still so young.

So you see, I’m not such a bad person. I really do care about my daughter, I want what’s best for her, I’ll never turn my back on her, I’m determined to find a way through to her heart.

In the meantime Anton could ridicule and humiliate, neglect and even beat her, but only until Amelia was able to make her own way in the world. That was when Olivia would go and never come back.

Looking around for Amelia now, she found her staring at her from an upper deck of their cruiser. The breeze was ruffling her mousy hair; the sun was burning her freckled cheeks.

‘Have you used sunblock?’ she called out.

Amelia held up a tube, presumably to show that she had.

‘Are you going to swim?’ Olivia asked.

Olivia’s heart twisted around her conscience. ‘You know I can’t.’

‘Yes, it is.’ Olivia didn’t admit that she was afraid of the water; if she did Amelia would ask why and Olivia could never find a good enough answer to that. Or not one that would satisfy Amelia.

‘Inside, sleeping. Or working.’

Amelia turned away and a few minutes later she was on the deck beside her mother. ‘I want you to swim,’ she told her bluntly.

‘One of these days I’ll learn,’ Olivia promised.

‘It doesn’t happen just like that. I need someone to teach me.’

‘OK, but not here. We’re too far from the shore and I’ll need to be able to touch the bottom in case I panic.’ She smiled, hoping that Amelia might too, but she didn’t.

‘Are you afraid of drowning?’ Amelia asked.

‘Of course. It would be a horrible way to die.’

Amelia seemed to think about that, then suddenly pulling back her arms she gave her mother an almighty shove, sending her over the rail into the sea.

Olivia was too startled to scream. Her hands and legs flailed desperately in the water. ‘Amelia,’ she tried to gulp. ‘Throw … throw me … the lifebelt.’

Amelia only watched her.

Amelia turned away and went to sit at the table where she’d left the book she was reading.

Fifteen or so minutes later her father appeared from below.

‘Hello sweetie,’ he yawned, ruffling her hair. ‘Are you OK?’

He looked around, taking in the fresh sea air, calm waters and distant shore. ‘Where’s your mother?’ he asked.

Amelia shrugged and carried on reading.

Jules Bright didn’t answer. These days she wasn’t used to unexpected visitors ringing the doorbell; if they did it was usually someone to read one of the meters, or young hopefuls collecting for a worthy cause. She was always polite to the former and gave generously to the latter, but friendly though she was, she never invited anyone in if she could help it. In truth, she didn’t think anyone wanted to come, not because they were scared of her, or any nonsense like that, she was sure they just didn’t want to get caught in conversation with her. No one ever knew what to say. She had to admit that she didn’t either.