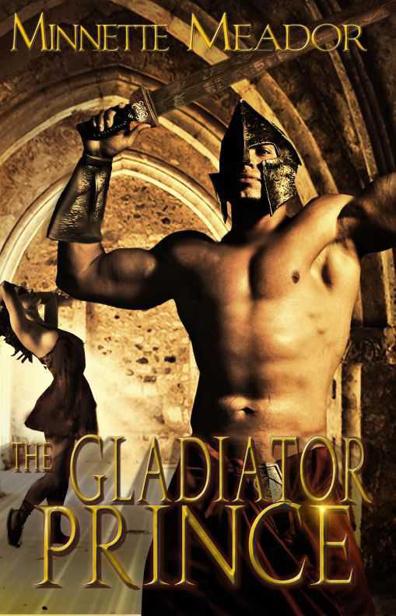 To Lisa, Delilah and Kristina
To my good friend Samantha
With my thanks

Auctorati
— volunteer gladiator
Balteus
— leather belt with hanging strips of leather, which were sometimes studded, used to protect a gladiator or Roman soldier’s privates during battle
Belatucadros
— Celtic god worshipped by the Britons in ancient times. Equivalent to the Roman god Mars.
Boudiga (Boadicea, Bodica)
— Celtic Queen who gathered and organized the largest Britannia Celtic uprising against the Romans after the invasion. The Roman Legion slaughtered her warriors somewhere in the West Midlands. The Romans decimated her tribe and the tribes of those who fought with her afterwards.
Bona Dea
— Goddess of chastity, fertility and healing. Also known as
Feminea Dea
or the Women’s Goddess, her cult was led by the Vestal Virgins
Brettaniai Albion
—
Great Britain
Camulodunum
— The Roman name for today's Colchester, Essex, England.
Canella
— cinnamon
Carus abbas
— beloved father
Circus Maximus
— oblong amphitheater famous for its chariot races and gladiatorial games
Corked Sandals
— To get the best traction on the field and in the arena, gladiators and soldiers had hundreds of small screws, called corks, screwed down into the leather souls, making the bottoms of the sandals sharp where the screws protruded.
Corieltauvi
—
ancient Celtic tribe located in the East Midlands
Cubiculum
— bedroom
Decumo-mnsris
— December
Delicatae
— unique type of prostitute, kept by highly ranked men or running their own houses where senators and even emperors visited. Some were mistresses to wealthy, powerful men. Disregarding the legally required attire of the common prostitutes, it is said the
Delicatae
were only distinguished from virtuous woman by the superiority of their gowns. Very little is known about these woman except for small entries in scattered Greek and Roman works.
Doctores
— gladiator in charge of training
Doctores Secutorum
— A
doctores
who trained
secutores
(gladiators who fought with helmet, shield and sword) and the
tiros
(beginners)
Familia Gladiatorium
—group of gladiators belonging to a single man or entity. They fight and live together, some for many years.
Garum
— fermented fish sauce
Gladiatrix
—
female gladiator.
Gladius
— (plural:
gladii
) short thick sword used by both gladiators and Roman soldiers
Hortus
— Latin term, meaning literally “enclosed garden”
Impudens es leno
— You shameless pimp
Intentio
— attention
Iter III
—
main Roman road going from the east to the west coast of Britannia, modern day Watling Street.
Legate
— General of a legion
Londinium
— city built on the eastern shore of Britannia as a resort for retiring military, modern day London
Ludus
— gladiatorial training and housing compound
Lanista
— owner and/or government official of a
gladiatorial familia
Manduessedum
— today’s Mancetter, located in the county of Warwickshire in central Britain
Manica
—
armguards used by gladiators and soldiers
Merda
— (slang, vulgar) dung, excrement
Myr
— Egyptian word for love
Ocrea
— greaves that wrapped around the gladiator’s legs.
Per barba of Zeus filiolus vomica vos
— By the beard of Zeus the gods curse you
Pila
— Roman spear
Praetorian Prefect
— Commander of the elite Praetorian Guard; Counsel to the Emperor
Primus Palus
— highest rank of gladiator
Puttees
— cloth or leather strip wrapped around the leg from ankle to knee, Roman soldiers wore around their legs in cold climates, such as Britannia.
Retiarius
— net and trident fighter
Rudi
— wooden training sword
Rutupiae
— main harbor of eastern Britannia where merchant and military ships alike landed year round
Silphion
— herb used in cooking and to treat common illness such as fever, sore throat and indigestion
Synthesis
— casual dressing gown used for dinners or lounging
Taranis
—
Celtic god of thunder
Trinovantes
—
One of two tribes who rose up against the Romans during the
Boudiga
revolts. The Romans destroyed both the Iceni and the
Trinovantes
in the aftermath of the Celtic defeat.
Thracian
— gladiator who resembled a warrior from Thrace in Greece. He wielded a curved short sword, the
sica
, and a small round shield, the parma.
Verulamium
— modern day St. Albans in Hertfordshire

…when the prince beheld the blood of his kinsmen gushing onto the field of battle, the warrior Queen’s golden chariot toppled among a mound of Iceni dead and the advancing hordes of barbarian Romans, in his heart he wept. A surge of hate filled him, blackening his soul and deranging his senses. He would rather die upon the Roman
gladius
fighting with his last breath than surrender as a slave!

However, such is the hubris of the gods; for before Thane could throw his mortality against the victory of the usurpers, a child’s voice, no more than a whisper, deafened his ears to all other sound, a child’s hand quelled the madness in his head, a child’s tears fell dry upon his mad heart and stilled it. He gazed upon the illusions standing small and pure at his feet, passion froze in the searing screams of war, and the fire in his mind burned into sodden ash.

Princess Anwen and her sister Mabyn called out to the warrior, “Father, do not leave us for the Romans to devour!”

It is said, even in the midst of the battle roar around him, Thane threw back his head and laughed with such great power that those who heard it, whether friend or foe, halted in their places, stunned by its glee.

In one swift plunge, the Prince buried his sword to the hilt in the blood soaked Britannia mud, hoisted his two small daughters upon his mighty shoulders and took them away, leaving the din behind him, swearing retribution for all his enemies’ crimes against his people. The Romans had won the day.

…the wolf, they called him, for no hunter’s skill could track him, nor mongrel catch scent of his passing, yet the Roman general did not weary of the chase. Days followed hours and weeks followed days. The relentless hunt traversed forest and bog, river and rocky hill and gorse filled trenches. The gods guided the prince and his brood turning them ever east toward their own land.

On the night of the moon’s mid-cycle, at the apex of the dying season, word reached Prince Thane’s enervated ears, decrying the horrors that awaited his return to the shores of his home. For its distant hill forts had been razed to the ground, its forests burnt, its earth drained and salted so that no living thing could grow there, so great was the Roman general’s wrath against the
Trinovantes
. Thane’s family had been slaughtered, every babe, every child, every man and woman. There were neither kith nor kin to greet the warrior should he return home.

Upon hearing these tidings, he became inconsolable and sank into a deep despair. It is said that so great was his sorrow he tore out his hair, crying, “Damnation to the seeds of Rome, destroyers of the innocent. May the gods spit thee into the mouth of
Belatucadros
where ye will burn in his immortal fire!” His lament rose upon a strange wind of magic, echoing through all the remaining lands of the Brettaniai Albion. The young daughters, fearing his madness, piled mounds of duff and rain-soaked moss from the forest floor upon their father’s head to keep his cries from betraying them to the devils that passed in the night.

When he returned to his senses, he took his young children to the land of the
Corieltauvi
where the Guardian Queen ruled with her Roman King. It was said they harbored what few of the Iceni and
Trinovantes
remained and hid them with enchantment and old magic from the blood thirsty general and his soldier dogs.

When Thane crossed the border of that land, the Romans surrounded and descended upon them out of reach of their rescuers.

In that hour, the gods, even
Belatucadros
himself, visited themselves upon Thane, filling his arms with the strength of the sun and his mind with the madness of
Taranis
; lightning spewed forth in great strikes from his hands. In the turmoil of the fight, Queen Delia and her husband secreted the girls into
Corieltauvi
and there hid them for many long seasons.

Alas, when the maids were safe, the gods of the forests forsook Thane in his greatest hour as test of his conviction. Unarmed and surrounded, he fell to the might of the Romans though it took a full complement to bring him to his knees. They bound his arms with hammered iron, for no rope would hold him, and placed upon his head a band of bronze to cool his madness. By midnight, the silver red dogs had wrapped him in chains so that he could kill no more. Many of their number lay bleeding into the dirt at his feet.

By the next day he was thrown upon a boat… by the next month he was forced to bend a knee to the heathen Emperor Nero and there condemned to the arena to fight until he died.

Against his will, Prince Thane brawled for Rome to entertain her whores and arrogant thieves, killing many brave and true men in the name of Caesar, and training even more, biding his time for the day of his revenge.