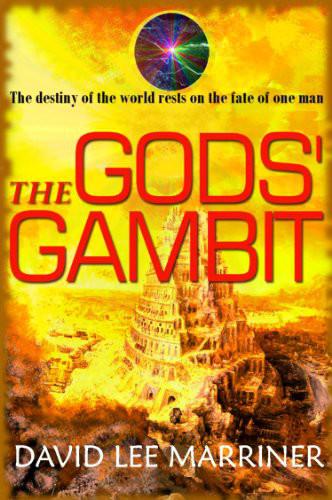 All rights reserved. This e-book is licensed for personal
enjoyment only. This e-book may not be reproduced, resold, or given away without
the author’s prior consent. If you would like to share this e-book with another
person, please purchase an additional copy for each recipient.

This is a work of fiction. All characters, names, incidents,
organisations, businesses and places presented in the book are either product
of author’s imagination or are used entirely fictitiously.

My
profound thanks and appreciation to Amanda Burfoot, Richard Sheehan, and Jo
Egre for their invaluable editorial assistance.

The commander of the dozen armed men lurking at the edge of
the forest checked the phosphorescent dial of his watch and spoke in English
with a hint of a Slavic accent, “Ready! It’s time.” Peering through his night
vision field glasses, he scanned the landscape in front of him concentrating
his attention primarily on the only man-made thing in sight – a Hindu monastery
perched on a crag atop a nearby hill. A few moments later, he put down his
field glasses and walked out from the blackness of the forest. “Onward!” the
commander barked, and the team broke into a run towards the hill. After
climbing up to the top, the armed men moved in the direction of the stone-built
monastery. The ghostly light of the full moon made its medieval architecture
and the backdrop of saw-toothed rocky formations look as if from another world.
Its main entrance consisted of a tall, two-door gate framed by a stone arch, on
which a several-metre-high pyramid rested. Massive colonnaded cloisters with a
multitude of statues of Hindu gods, demons, and other mythological creatures
set between the columns surrounded the main building. The stealthy attackers
marched past two half-sized sculptures of elephants and an obelisk of the same
height positioned in front of the entrance and stormed through the unlatched
gate. It appeared as though they were already acquainted with the inner layout
of the monastery, because some of them immediately fixed their torches on a
door in the opposite wall and ran straight towards it. Upon breaking through,
they found themselves in a dormitory confronting several drowsy young monks and
an aged long-haired yogi. The attackers seized and tied up the bewildered men,
leaving them moaning and writhing on the floor. At the same time, other members
of the assault team spread out to secure the spacious obscure narthex.

Standing at the gate, the commander observed the scene,
while talking briefly into his two-way radio. When the conversation was over,
he addressed a man with a pockmarked face who stood closest to him. “Second, I
want every room checked. Hurry up. The chief is on his way!”

“Aye,” Second responded. He and the men guarding the narthex
reshuffled quickly and went further into the monastery.

The commander dropped his gaze towards the bottom of the
hill from where the muted roar of engines floated up. Four jeeps and a truck
covered with canvas, with headlights full-on, had just crawled out of the
forest from the same place he and his men had been hiding such a short while
ago. The vehicles pulled up at the foot of the hill and four men carrying lit
oil lamps jumped out of one of the jeeps and started climbing.

The commander waited until all four had reached the top and
then headed to meet them. The chief - an extremely tall, slim man dressed
entirely in black - walked ahead.  A raggedly-dressed Hindu and two
heavily armed guards followed him.

The commander nodded reverentially to the chief. “Sir, we’ve
taken control of the monastery. No trouble at all,” he reported walking
alongside him.

The chief was breathing deeply, as if inhaling some kind of
scent. “It is here. I can sense it,” he said.

As the group reached the gate, the chief addressed the
commander, “You come in with me now."

The commander hesitated for a second. “Sir, allow me to take
care of the prisoners.”

The chief threw a sharp glance at him. “Are you bored?”

“I just detest them. Generations of these miserable monks
have kept it hidden… That mere thought makes me sick.”

“For what it’s worth, these people are totally unaware of
what they’ve been guarding. To them it’s simply a relic they have inherited
from their ancestors,” the chief explained.

“Wait until our Hindu friend here delivers on his
promise. Once we find it, the monks are all yours,” said the chief.

Both men entered the narthex now lit with oil lamps that had
been hung on the walls and columns by their men. Behind them walked the two
guards who were closely escorting the Hindu.  When they were passing by
the imprisoned monks at the entrance of the dormitory, the old yogi rose to his
knees and shouted something incomprehensible in a Hindi dialect. His face was
contorted with anger and disgust. It appeared as if his words were aimed at the
Hindu, who visibly cringed as though the yogi had hit him, but continued pacing
in silence. Prompted by the sudden outburst, one of the men guarding the monks
jumped on the yogi and delivered a blow to the side of his head with the butt
of his machine gun. The yogi fell back on the floor lying silent amongst the
monks.

“Judging by that old man’s reaction we are definitely on the
right track,” commented the commander. He patted the Hindu on the back. “Well
done.”

The group approached an altar at the bottom of the narthex,
on which stood a wooden, colourfully painted statue of the dancing divinity
Nataraja. Before it, the chief suddenly stopped and turned around. He poked the
Hindu in the chest with his long bony forefinger. “Open the passage!”

The Hindu lifted his dull eyes to look into those of
the chief. “Sir, give me a quick shot, please,” he begged.

“Stick to your part of the deal and I’ll reward you. Open
the passage,” the chief replied with an ice-cold tone.

The Hindu laid down his oil lamp and moved close to a huge
bas-relief chiselled out of the wall. He grasped an ornament depicting the sun
and, with some effort, managed to swivel it around for about half a revolution.
After waiting for a few seconds, he proceeded to press several relief
fragments. A deep rumbling sound came from beneath the floor, and a crack
opened in the wall behind the altar.

Looking at the aperture, the Hindu suddenly began to cry.
The chief stepped forward holding a small syringe in his outstretched hand. On
seeing this, the Hindu quickly wiped his tears and grabbed the syringe. Holding
it between his teeth, he rolled up his left sleeve, revealing a forearm
scattered with the perforated veins of an obdurate drug addict. At twice the
speed he moved, the chief reached inside his jacket and pulled out a gun with a
silencer. He pressed the barrel of the gun directly against the Hindu’s
temporal bone and pulled the trigger. Blood, bits of brain, and bone splattered
onto the wall, and the lifeless body of the Hindu collapsed to the ground. The
chief abruptly put the pistol back. “You walk ahead,” he ordered the guards.

The four moved through the dark aperture behind the altar.
After the first main turn, the tunnel broadened to reveal double doors.
Prompted by a gesture from the chief, the guards opened both doors, slamming
them hard against the surrounding stone doorframe. The sound of the collision
echoed in the tunnel like thunder. On the other side of the doors, in the
middle of a wide room, there was a folding wooden screen splitting the space
neatly in two.

“Stay where you are!” called out the chief.

He walked to the right-hand end of the screen, folded its
last section and stepped behind it. In the same instant, multicoloured light
played on the ceiling. It seemed as if some sort of crystal structure reflected
the rays of the oil lamp he carried because the light formed various
geometrical shapes. They were moving and changing like a kaleidoscope –
entrancing and captivating.

The light show ended instantly when the chief reappeared
from behind the screen. He lifted his oil lamp high, illuminating his face. He
stood in silence for some moments contemplating something that had brought a
smile to his thin, pale lips. Then he said to the commander, “Now you can take
care of the monks.”

The commander’s eyes glowed in the twilight. “Our sacrifices
at last paid off.”

The chief nodded. “Yes, my friend. The countdown has started
already.”

North stood on the roof of the multi-storey building,
hugging the wall of the lift shaft superstructure. He was of muscular, medium
build, and he wore black from top to toe to blend in with the darkness. Over
his shoulders he carried a compact backpack, attached to which was a small
rifle.

On feeling a vibration from the micro transmitter fitted
snugly in his ear, North spoke in a low voice, “Perfecty?”

Immediately he heard the voice of a man. “We’re a couple of
crossings away. You go now!”

The car in which the perfecty, the leader of the group, and
three others sat was weaving its way through the unusually busy night traffic
of Sofia towards the building where North was waiting on the roof. They were
keeping tabs on a black car driven by a lone man just ahead of them. The code
names of the two women accompanying the perfecty were West and South, and the
other man with them was known as East. All of them had assumed the alternative
personas of their double lives working together as a compact team. Tonight,
they were carrying out a mission of purge, and the man in the black car was the
target.

Making sure that he remained in the darker zones, North
scuttled across the roof to the fire escape and, kneeling close to it, reached
for his modified rifle, then aimed and pulled the trigger. Out of the barrel
sprung a metal cord, on the end of which was a spider hook. He had aimed at a
point on the roof opposite, and now the cord stretched out, providing him with
a bridge from one building to another. North clamped his rifle to the fire
escape and tightened the cord using the rifle’s reversing mechanism. Out of his
backpack, he retrieved a roller clamp, and after attaching it to the cord he
glided across the void to the opposite building.