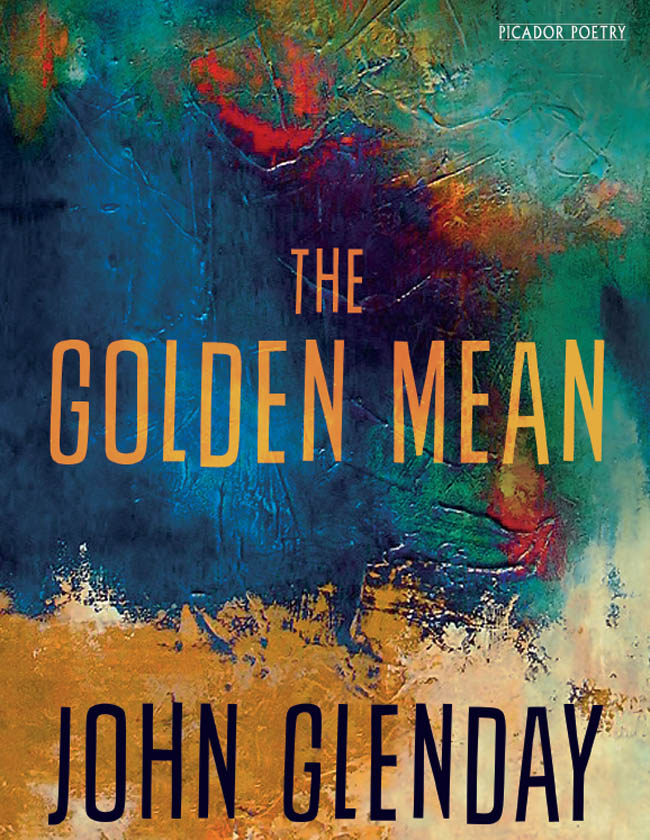 For Garry, Daniel, Didi, Jack, Matthias
and again, and always, for Erika
.

A Pint of Light

Self Portrait in a Dirty Window

Song for a Swift

The Flight into Egypt

Study for the Hands of an Apostle

The Grain of Truth

Only a leaf for a sail

The Moon is Shrinking

If you must carry fire, carry it in

polished by hands that once loved it.

The lining may be scorched and blackened

but only you must ever know this.

That easy hush you sometimes hear at night

as the darkness stirs in you, is not

the accustomed ache of blood, but a flame

shivering against the wind â

a meagre flame seeded long before you were born

which you have always known must be kept

burning forever, and offered to no one.

Let's head for a place, neighbouring and impossible,

that city neither of us has ever found;

it swithers somewhere between elsewhere

and here, anchored to the leeward dusk

Look how it flourishes in decline â

no buttresses, no walls, no astragals,

only those luminous avenues of weather

all furnished in the traceries of wind and rain.

A Pint of Light

When I overheard my father say

it was his favourite drink, I closed my eyes

and imagined his body filled with a helpless light.

Years later, I watched him pour out

that image go: he's trailing home from the pub

singing against the dark, and each step

he steps, each breath he breathes, each note he sings

Self Portrait in a Dirty Window

Don't grumble if this window grants

you only what you see in it.

If you must have light, step out into the world.

If you need shadow, step out into the light.

For once, there is no weight in detail. Who cares

if that's an oily handprint, a belaboured

field or far-off hills? The dirt stain of uncertainty

is all that matters. It fills the room

with neither light nor dark, but the promise

of meaning, which, in itself, means nothing

though it's what you came here for.

Picked flowers on a rug are dangerous

beyond reason. Their mouths hang

empty of pollen or scent. Such a clamour

of petals, each cut throat challenges

the room, renders it uninhabitable.

A shout, a condemnation, a curse, a denial.

What use is Spring to us now? What purpose

a room charged with such desperate light?

Even as we abandon it, their small voices

for GH and RS

Each dusk is the final dusk. Late mists

forget themselves above the lake.

A crowd of hemlock, shoulder-close and motherly

whispers as its own reflection drowns.

Somewhere not here, a loon calls

out the word for darkness twice,

then turns into the silence and its song.

I kneel where the water frays, and from my hands

build the cracked prayer of a cup.

Let me drink once more; just a little â

one mouthful, one sip would be enough.

Just this time let my hands not leak.

Let them be brimming when I raise them

This burn runs dark and sweet

as the lining of the soul.

and you will always be thirsty.

So. First night of the filling moon

I took me to that spoiled oak, skewed

on its fold of hill above my father's farm.

and under my tongue an old King's penny

from a trawl of cloud, swam on. Then hammered

the penny to its rim in the faulted grain

and wished down the worst on him by three times

wishing it:
âTree, by your own dead hand,'
says I,

âwither that blown onion in him no one calls a heart.'

All the path home the stink of night

in the yarrow and dwarf butterbur. Shriek

of the hen-owl restless in her nothing.

Days passed; something he couldn't rage against

whittled him to a skelf, laid him out hushed

and bloodless; grew him his stone.

All this in the month that wears my name. Meanwhile

I followed ploughshare's hunger through his fields.

of the half-blind angel

fell in love with herself

in a frozen pool?

âTell me;'
she whispers,

âtell me your name
,

or skein of hair than man
.

âLove is the self dissolved
.

Lift up to your face

the mirror of my face

and you'll see nothing.'

for DK and SB

If I were given the choice,

I would become that bird Noah

first sent out to gauge the Flood.

But I would never come back.

I would never come back because

and the two of us, casting ourselves

and its answer over depths and shallows

and never rest until the last waves

had unfurled, beating our wings

against the absence of the world.

Song for a Swift

Big as a dead man's foot, but closer

to tripes or dough than meat.

Just to be sure, they folded her around herself

head-down in formalin. Her one brief sea.

Note that fluke-stump nicked by her mother's

Day after day, she grows the milk bloom of a thing

beyond insult and closed against our looking.

Their ten-a-penny cunts bob in formalin;

I imagine them weary of being mouthed,

pickled on tedium, flaccid and tired.

They reek of estuary dirt; a tang

of sediment and brackish wine.

Lord, let their valves be opened to me;

let all things preserved be consumed

all but that single grain of sand

gritting between the teeth; flinty, neglected,

enduring as regret, reminding me of you.

If you ever decide you want to find God

look for him in a ploughed field, not high

overhead, in the drift of the distant weather.

And if you ask me how you should pray

to a buried God, I would say press

your lips into the earth, weight your voice

with the silence of earth and root and seed

and pray that all your prayers may be stones.

The Flight into Egypt

Like so much of the Bible, it's predictably domestic:

just a family on its way somewhere, skirting

a thread of towns. Everything is rumours of blue,

because they are in history. No one has courage

enough to look ahead. Joseph glowers

at the chafing calf-boots he bartered for in Bethlehem.

around the swaddle. Even their guardian angel

has turned to look back â his know-all smile

diminishing and the almost-new-born who stares

complacently over our right shoulders into today.

Only the old donkey gazes towards Egypt; head down,

ears back, grudging a burden that is worth so little

and a pointless journey he knows has barely begun.

Study for the Hands of an Apostle

This loophole where the light lets in,

and my own breath leaks through my hands,

has damned my words to words or less.

That shim of air is God, of course,

who made us all, and all but whole

then set the wind against the world.

or a tin flag hoisted against the gloom,

or a lime-white flame lit in the heart

of nowhere, the coalfish waits.

He's watching for us. How I wish he had

been named for the perfect

darkness gathered in his eye â

that bead of obsidian set in mother-of-pearl

so perfect it could hold the world.

in the founds of the sea.

All that awful mess still lies ahead of him of course:

the silly posturing and bombast, those terrifying

stylish uniforms, the sticky end. For the time being

he's sitting by his mother now her illness has finished

its work. The sickroom carpet ankle-deep in his mediocre

sketches of her, endlessly rehearsing every incidence

of light â all those angles and shadows suffering worked

into her, as if somehow one loss might be lost in many

versions of itself. The traffic dims to a respectful hush.

Echoes skitter in the stairwell, then the impatience of a single

knock. Yes. The time has come to put the pencil down.

From this day forward, the only pages will be blank pages.