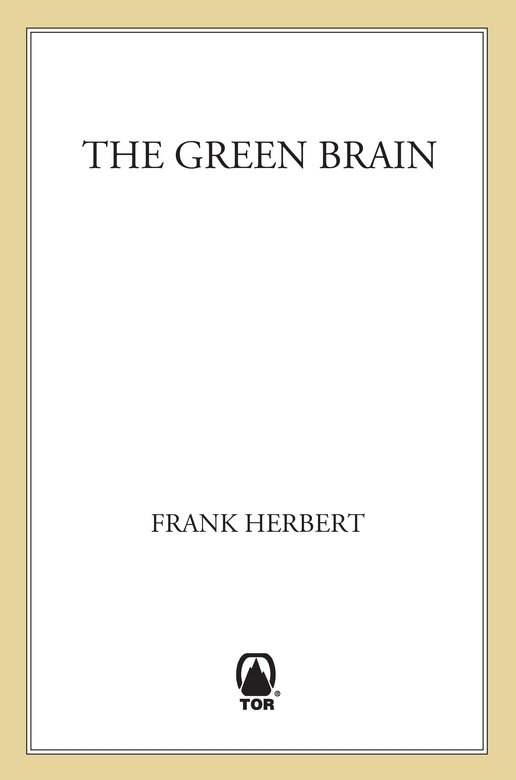 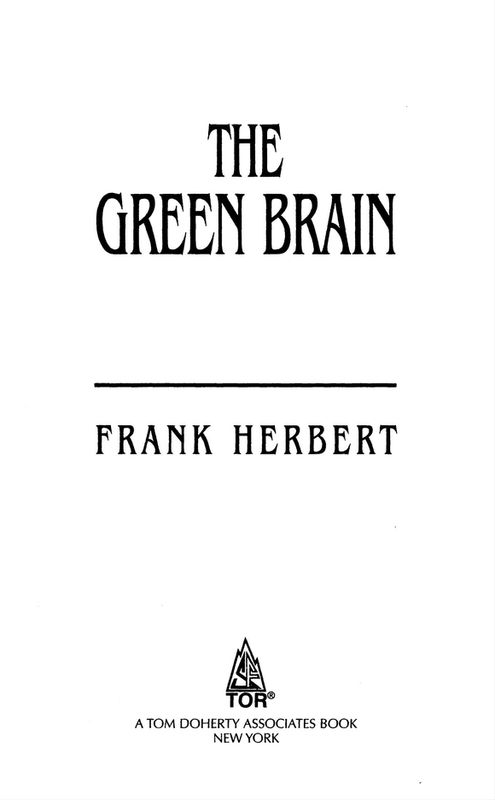 , almost dropped the pig.
“Careful!” the man shouted.
The man's companion said, “Damn drunks.”
The pig set up a squirming, squealing distraction.
In this moment, he slipped past the men onto the dirt track, shuffled toward the river. He could see water down there now boiling with aeration from the barrier filters, the foam of sonic disruption on its surface.
Behind him, one of the pig carriers said, “I don't think he was drunk, Carlos. His skin felt dry and hot. Maybe he was sick.”
He heard and understood, tried to increase his speed. The lost segment of skin simulation had slipped halfway down his leg. A disruptive loosening of shoulder and back muscles threatened his balance.
The track turned around an embankment of raw dirt dark brown with dampness and dipped into a tunnel through ferns and bushes. The men with the pig no longer could see him, he knew. He grabbed at his trousers where the leg surface was slipping, scurried through the green tunnel.
Where the tunnel ended he caught sight of his first mutated bee. It was dead, having entered this barrier vibration area without any protection against that deadliness. The bee was one of the butterfly type with irridescent yellow and orange wings. It lay in the cup of a green leaf at the center of a shaft of sunlight.
He shuffled past, having recorded the bee's shape and color. His kind had considered the bees as a possible way, but there were serious drawbacks. A bee could not reason with humans. And humans had to listen to reason soon, else all life would end.
There came the sound of someone hurrying down the path behind him. Heavy footsteps pounded the earth.
Pursuit?
Why would they pursue? Have I been discovered?
A sensation akin to panic fluttered through him, lent
his parts a burst of energy. But he was reduced to slow shuffling and soon it would be only a crawling progress. Every eye he could use searched the greenery for a place of concealment.
A thin break darkened the fern wall on his left. Tiny human footprints led into itâchildren. He forced his way through the ferns there, found himself on a low narrow path along the embankment. Two toy aircars, red and blue, lay abandoned on the path. His staggering foot pressed into the dirt.
The low path led close to a wall of black dirt festooned with creepers. It turned sharply as the dirt wall turned and emerged onto the lip of a shallow cave. More toys lay in the green gloom at the cave's mouth.
He knelt, crawled over the toys into the blessed dankness, lay there waiting.
Presently, the pounding footsteps hurried past a few meters below. Voices reached up to him.

The Electrical Experience by Frank Moorhouse
Afternoon Delight by Desiree Holt
Arms of Promise by Crystal Walton
Behind the Curtain by Peter Abrahams
Los tontos mueren by Mario Puzo
The Fat Flush Cookbook by Ann Louise Gittleman
Peacekeepers by Walter Knight
Watching Over You by Sherratt, Mel
Nerd Camp by Elissa Brent Weissman
The Best You'll Ever Have by Shannon Mullen, Valerie Frankel
Our partner