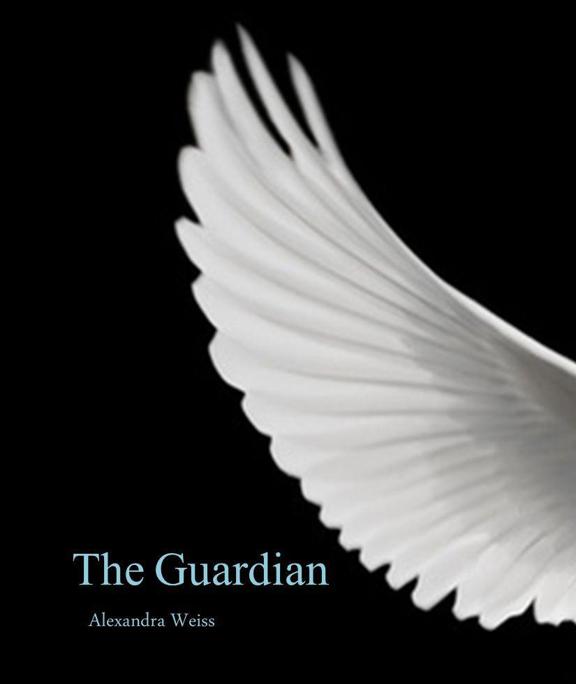 Two hooded figure
s
stood silently in the shadows. In the distance, echoes of thunder rumbled through the treetops, floating through the open window on the breeze. The temperature was quickly dropping, a warning of the approaching storm.

A whispered conversation was
taking place between the creatures in Callista Ryan’s bedroom. The girl before them slept restlessly, unaware that her fate would be decided tonight. These men, seeming to survive solely upon the breath of the night, were about to determine her future.

“It is too late, Alex. It has become impossible.”

The words were nothing but a statement of fact, spoken so briefly and quietly that they might not have existed at all. The voice curved around the smooth, eloquent murmur with an accent that was centuries old. It was the voice of a powerful being.

“We don’t know that,” was its only contradiction.

“She has not matured in the appropriate ways. For her to be anything other than human is out of the question.”

“Many children are born in similar circumstances, and live to be nothing other than human. You know this, Alexander.”

“Yes, but… I
must explain,” he said, growing frustrated. “I have seen signs, Emeric. She is not merely human.”

“
She has not the marks of our kind. There is no other explanation. My decision is final.” His whisper, when uttered by so ancient a voice, equated to the shouts of lesser men. The breeze grew strong for a moment, hushing the men, cautioning them. In a softer speech, the first continued, “I have heard enough. This girl is no more than human. I don’t believe she poses a threat any longer. We may leave her in peace.”

“She needs protection,” Alex insisted. “We cannot leave her alone.”

“She is no longer our responsibility.”

“It would be abandonment.”

“Of a charge not belonging to us,” reasoned his superior.

“She’s never known life without our protection. It is murder to leave her now.”

“She is none of our concern,” was the answer, spoken with finality. Alex knew that his case was lost.

“If you will not allow her to be guarded, then I will watch her myself,” he said in a low, even voice.

“What you choose to do is your own business. But I warn you, Alexander, if you leave the people now, they will view you as a traitor. It is a volatile time, and returning to our kind after such betrayal would not be without great difficulty.”

“I would be able to return with a clear conscience.”

“Yes,” the other man said thoughtfully. “And with something else, I daresay.”

The sound of teeth grinding together was faint, but perceptible in the quiet room. “Let us not have this argument now.”

“Your connection to this one has always amazed me,” he persisted as though uninterrupted. “Tell me, what is it about this creature which has the power to captivate you so fully?”

“There is nothing. As I said, a clear conscience would be my only motivation.”

“Oh, but there is more to the tale. For years now, this human has been able to evoke a strange sort of ferocity from you. I’ve always wondered why.”

“There is no reason to be found in the tides of fantasy,” was Alex’s strained reply. “You’ve been imagining things, Emeric, and I cannot hope to supply you with logic for your fairy tales.”

“I would understand if you pitied the girl,” his companion reasoned, “and yet pity would not warrant such defensiveness.”

“The only thing which comes to mind to call for this secretiveness, I think, is a more animalistic attraction. You watch her as a jealous father guards his offspring.”

“This discussion is finished,” Alex warned.

“It cannot be
human
attraction—“

Callie was in the car.

Her father was in the driver’s seat, her mother beside him. An old Shirelles song was playing on the radio, and her mother sang along to it carelessly, enjoying the summer day. They were on the highway, on the way home, and all of the windows were open. Wind soared in and out of the car, cooling the family down from the hundred degree heat, and the dark brown strands of her hair danced in circles around her shoulders.

Callie remembered being happy here. They’d just left Maggie at college. It had been a depressing weekend, moving Maggie into the dorms across the state, hanging family photos on the walls, and then finally waving goodbye as they pulled away. Callie couldn’t imagine what life would be like without her older sister in the house. Her stomach had been twining in knots for months with anxiety.

But now, even with that momentous event barely behind them, she found that she was inexplicably at peace. Maybe it was the way her father’s knotted, suntanned hands relaxed, one on the steering wheel and one on the window sill, as they always did when life was going well. Maybe it was the fact her mother had stopped crying a few exits back, and now seemed to enjoy the sunshine on her face. Maybe it was the adrenaline of saying goodbye wearing off, and Callie was simply crashing against a latent exhaustion. No matter what the reason, Callie tipped her head back against the seat, her whole body unwinding from its tense coil, and was about to close her eyes....

And that was the moment that she saw the eighteen wheeler rise over the hill, skidding across the grassy divide into oncoming traffic.

Only there was no traffic. They were the only ones on that strip of California pavement. Her father spun the wheel to the right, three fast, jerky circles.

Her mother sat up straight and
clutched at the dashboard in front of her, gasping with her last intake of air.

Callie froze
as the world began to twist in slow motion. The patch of highway spun out from where it was centered in the front windshield, replaced by a sliding collage of evergreens.

H
er father instinctively reached his right arm across her mother’s stomach to shield her from the imminent impact.

In the next breath, the car was airborne, and Callie’s stomach lost its ground, and she had to flounder for breath.

And then, feathers. Always feathers....

The room was deathly silent. At first, she didn’t see anyone. The room was drowning in darkness, so that nothing carried a definite outline. Maybe the voice had been a part of her dream, her subconscious protesting those awful images.

But that was impossible. She’d had that dream every night for the past four years.
She had been in that car, on that road, a thousand times since that day. And never before had she been awoken by anything other than a hollow, sick feeling in the pit of her stomach.

There was sudden movement in the shadows. She couldn’t be sure that she had actually
seen
anything; rather, she’d heard a rustle of clothing, the dregs of a stifled breath. And then the room felt too still. Someone was hiding in the darkness.

Her heartbeat quickened. She sank further beneath the covers, hoping that whoever it was would leave, or be nothing more than a lingering figment of sleep. She lay there silently, unable to move, waiting for something to happen, praying that nothing would.

And nothing did. She heard no more motion, and slowly the fear of being watched began to drain out of her. She sighed. This had happened before.

After the accident, a therapist told Callie that it was common for survivors of such tragedy to experience post-traumatic stress. The woman had told her that the reasons which caused Callie to lie awake at night, feeling as though she were being watched by someone, so afraid that she was unable to do anything but hide beneath her sheets and hold her breath, were related to that stress. That feeling had never really gone away. Rather, Callie had learned to ignore it in time, almost to the point that she couldn’t even feel the eyes on her anymore. But tonight the feeling was strong again.

Her vision was beginning to adjust now. She hesitantly sat up, placing her feet on the cool hardwood floor. The house was quiet, which meant that Maggie was already in bed. Callie looked at her bedside clock. It was just after three. She knew that she wouldn’t be able to fall asleep again without walking off her demons, and so she resolved to do what she did nearly every night after waking from the nightmare: trod to the kitchen, pour herself a glass of water, and then crawl back beneath her sheets and stare at the ceiling for a while until the ghosts claimed her once again.

The problem was, she couldn’t bring herself to stand up, to get out of bed and risk confrontation with that being lingering in the shadows. She closed her eyes and drew a deep breath, reminding herself of what the therapist had said. There was no one there, the paranoia she felt was because of the stress.

“Don’t be an idiot,” she whispered to herself. And with that, she was able to hoist herself onto her feet and clutch at the furniture in her room, which was nearly invisible under the cover of night but etched clearly into her memory.

As soon as the girl had left the room, Emeric released a sharp breath. “You very nearly exposed us, Alexander,” he said, his tone calm yet menacing.

Alex did not reply. Anger overwhelmed him, an anger born of fear and bitterness. This was not the way things were supposed to go. Seventeen years ago, not one amongst his people would have predicted this outcome. She was
supposed
to be one of them. Her humanity would have been considered impossible.

“You may do what you choose,” Emeric said without passion. “I, however, have seen enough. She is human, and I hereby renounce any responsibility for her.”

Alex nodded sharply. This would not make much of a difference, anyway. Alex had been Callista’s protector since she was an infant. Now, he would continue his duties without permission.

“I take it that your decision is made,” Emeric said.

“You will not return to the home of your people?” This question was asked with an undertone of incredulity.

“You do realize what this means. You will be an outcast amongst your brothers and sisters.”

“My brothers and sisters have means of protecting themselves,” Alex answered, his jaw firmly clenched.

“Why do you do this, Alex? She will not survive the next century. What you sacrifice, millennia of loyalty and kinship, you do in the name of mere decades?”

“Time is not the only jury in this matter, Emeric,” Alex said.

“Do you care so little for your family, for your own kind?”

“Of course I care for them,” Alex retorted. “But they have each other. Who does she have?”

“She is not in danger, Alex,” Emeric said. “Her mortality protects her from battle. They will not seek her out.”

“You cannot be so naïve, my friend,” Alex said. “She is the only of her kind, born to be more than human yet destined to die a mortal death. You believe that they will not realize her uniqueness, that they will not hold it against her? She was intended to be one of us, Emeric, and we are their only enemy. Of course they will seek her out. They would sooner have her head than risk her becoming a rival.”