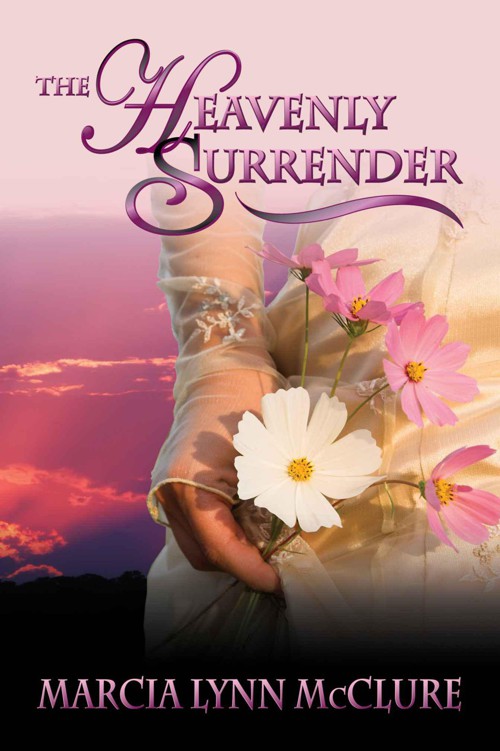 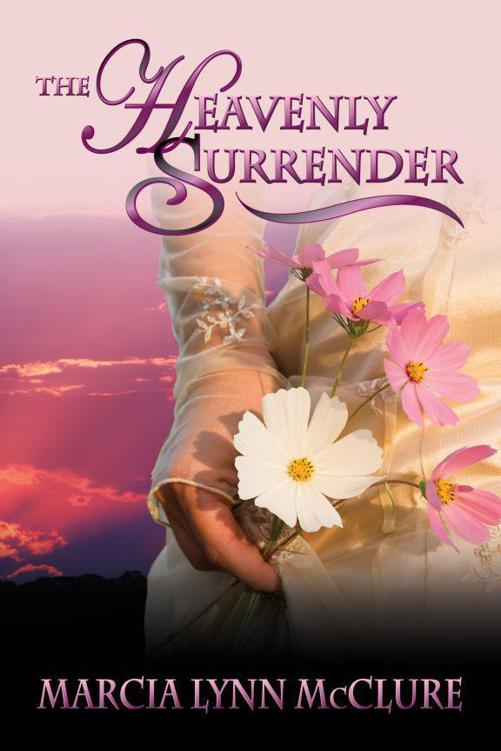 All rights reserved. Except as permitted under the U.S. Copyright Act of 1976, the contents of this book may not be reproduced, transmitted, or distributed in any part or by any means without the prior written consent of the author and/or publisher.

All character names and personalities in this work of fiction are entirely fictional,

created solely in the imagination of the author.

Any resemblance to any person living or dead is coincidental.

To My Faithful Friends…

Who have read loyally and enjoyed thoroughly…

Because after all…this is still your book!

“Ya’re loose in the head, Brevan McLean! Loose, I tell ya,” Brenna scolded her brother.

Brevan looked down at his younger sister standing next to the wagon. She glared up at him—furiously.

“It’s me own business, it is, Brenna. And none of it yars,” he reminded.

“Ha!” she exclaimed. “None of me business, is it? Well, let me tell ya a thing or two,” she began, pointing a dainty index finger at the man—wagging it with chiding. It was an Irish accent that deepened noticeably as Brenna’s emotions heightened—still, her dark hair and blue eyes somewhat belied her ancestry. “I’ll not be havin’ it! Do ya hear me? I’ll not be havin’ ya runnin’ off and marryin’ some old, wrinkled-up raisin of a woman!”

“And what makes ya be so certain she be old and wrinkled up?” Brevan asked.

He was amused at his sister’s near hysteria. Brevan McLean’s even darker hair and even bluer eyes were more deceiving yet. It seemed the people in the North American West perceived Irishmen to be always green eyed, red haired, and quick tempered. Thick accent and quick temperament were the only obvious physical attributes possessed by the McLeans—who were in fact native Irishmen now settled in the eastern Colorado territory.

“Why else would she be havin’ to answer advertisements to find a husband then? Hmm? Tell me that? She’s either wrinkled up and old…or larger than any ship you and I ever set our eyes upon! I tell ya, Brevan…ya’re mad! Don’t do it.” Brenna sighed. She knew that no amount of scolding could convince her brother to abandon his current course.

“Now, Brenna,” Brevan began. “Ya’ve got the steam a blowin’ from yar ears like a lunatic woman. I’ve explained this to ya ’til me throat is raw from explainin’—you and our little brat of a brother, Brian, have married and begun to settle onto yar own lands. That be well and fine, and I’m happy for the both of ya, I am…but Father left me this land, he did…these orchards, the fields. I’ll not let him down by losin’ them or lessenin’ their worth…and I cannot do it alone. I’m man enough to admit it, I am. And it’s time I settled as well. Ya know that I’ve not the patience, nor the time, to waste on courtin’ some silly young lass who’ll be worthless when it comes to hard work.” He raised a hand to silence his sister—her mouth falling open with the intent of arguing again. “This Genieva Bankmans sounds to be a hard-workin’, serious-minded woman. Ya’ve read the letters she’s written to me, haven’t ya now?” Brenna dropped a guilty gaze to the ground for a moment but looked up quickly when Brevan chuckled before continuing. “It’s me own decision…none but mine. I’ve set me mind to this, Brenna.” Taking the lines of his team in hand, he added, “I’m off now to pick up me new wife at the train station. I’m sure ya’ll be here to meet her...a starin’ and a gawkin’ like ya just seen one of the little people dancin’ a jig on yar knee.” Brevan snapped the leather at the backs of the team of horses, and the wagon lurched forward.

“Ya’re lost in the mind, Brevan McLean! And ya’re too daft to know it!” Brenna cried after him. Turning on her heels, she stormed off in the direction of the farm and orchard owned by her new husband and bordering Brevan’s lands to the west. “Father and Mother are sure as rollin’ over in their coffins at seein’ this,” she muttered, shaking her head with severe disapproval.

Undaunted by his sister’s nagging, the uncommonly handsome Brevan McLean drove toward town with renewed determination—toward town and whatever the train steaming from the east would leave there.

“I know me own needs,” he grumbled to himself. Taking the paper from his shirt pocket, he once more read the most recent letter he’d received from the as yet unseen Miss Genieva Bankmans. Again he noted the neat and immaculately straight-lined penmanship as he read:

I feel, as you do, that this arrangement will be beneficial and satisfactory for both of us. I agree that we, having committed to follow through with the previously corresponded terms, will legally marry upon my arrival next week. I expect nothing from you, save a place of residence, the required necessities of living, hard work to keep my mind and physical being occupied, and respect. I, in turn, will assist you in whatever is required to sustain and maintain your land and crops, while providing meals, doing mending, and fulfilling other non-intimate duties commonly performed by a man’s legal wife.

I will arrive in Blue Springs on the 10:00 a.m. train, April 3rd. And finally, to answer your rather unexpected question, I am in no manner averse to immigrants, and I hope you will show the same attitude toward me, being that I am from the eastern United States.

Nodding, Brevan returned the paper to his shirt pocket. “Hard-workin’ woman with a sound brain in her head,” he mumbled. Let Brenna nag him ’til her throat was bloody—he knew what he wanted and needed out of life. This Genieva Bankmans would do just fine.

Genieva Bankmans retrieved a small hand mirror from her purse and studied her reflection. Her hands shook unsteadily as she tucked a stray strand of hair back, fixing it with a loosened pin. Replacing her hat, she wrinkled her nose and stuck out her tongue—entirely disappointed at her appearance. Rubbing fiercely at the light freckles sprinkled across her nose and cheeks, she sighed, inwardly admitting no amount of prayer or wishing would make the unsightly pigments disappear. True, the natural rose-pink of youth colored her cheeks and lips perfectly. And her ever-changing hazel eyes—being green this day—were shaded by long lashes several hues darker than her rather plainly tinted brown hair. Returning the mirror to her purse, she inhaled deeply and straightened her shoulders and posture—attempting to appear a bit taller. Still, she knew her petite size provoked no menacing presence.

“
He’ll throw me right back on this train if I appear to be a weakling,” she muttered to herself as the train slowed to a stop before the station. After disembarking, Genieva cleared her throat, stiffened her posture once more, and marched forward toward the station house. Apparently this Brevan McLean intended to meet her within—for not a soul was present on the station’s outer porch.

Brevan McLean stood strong and intimidating in one corner of the train station. He watched as the train slowed to a halt and the passengers began to exit the coaches. One by one the passengers filed into the station. For a moment, his attention was captured by a small young woman stepping into the building. A spontaneous, amused grin spread across his handsome face. He was immediately impressed by what could only be dubbed
cuteness
. This girl—and she could hardly be more than a girl—was not an overwhelming beauty. This girl possessed a much more rare and appealing appearance in fact—that of being profoundly
cute
. The sparse freckles scattered across her nose broadened the smile on Brevan’s face as he looked past her and out at the remaining disembarking passengers. He ignored the twinge of regret pricking at his heart—caused by the realization that he could never allow such a sweet-looking lass to turn his head again. In an hour’s time he would be a married man.

“Excuse me,” Genieva began, clearing her throat as she approached the ticket master’s counter. “I’m…I’m looking for a man…” she began.

“There’s a lot of women ’round these here parts a lookin’ for men, my girl,” the ticket master teased.

“I’m sure that’s true, sir…far less than men looking for women, however,” she rallied. Genieva was determined not to let the stranger in the ticket window unsettle her any further than she had already managed to unsettle herself. The unnervingly attractive man standing in one corner to her left, however, looked over at her. He grinned a deliciously alluring grin, and Genieva inwardly thanked the heavens that this man was not Brevan McLean. She’d noticed the man the moment she’d entered the station, and the way he had knowingly glanced at her with those stunning blue eyes as she had passed him had nearly caused her to trip over her own feet because of his profoundly handsome stature and face. In truth, he was entirely too handsome. Men like him were no doubt an unendurable handful.

“
I’m looking for a particular man,” she continued. “His name is Brevan McLean. I’m to meet him here today and I’m not at all sure which…” Genieva was interrupted—gasped as she felt someone firmly take hold of her arm. Looking up, she saw she was held in the nearly painful grip of none other than the unnervingly attractive man who had been standing in the corner.

He glared down at her—though he spoke to the ticket master. “One ticket, Hubert. Back to Illinois, it is,” the towering man growled.

“I beg your pardon, sir?” Genieva asserted in return, wrenching her arm free of his hold. “And just who are you to be telling me…?” Her eyes widened in comprehension. This man? This was the man who had found it necessary to advertise for a wife? This could not possibly be the man she was to meet.

“How dare you?” Genieva exclaimed. “How dare you accuse me of such a thing when it is completely unfounded?”

“Ya came here to marry me, did ya not?” the massive male growled.

The ticket master’s eyes widened as the conversation between the man and woman continued.

“
I did not know ya were a wee runt of a thing! And ya look to have less than sixteen years upon ya! That was not part of the bargain,” Brevan McLean grumbled.

“You’re right, sir. Neither age
nor appearance was part of the bargain. And I wasn’t exactly expecting a great grouching bear either!” Genieva countered.

“And what exactly would ya be meanin’ by that, lass?” Brevan McLean roared.