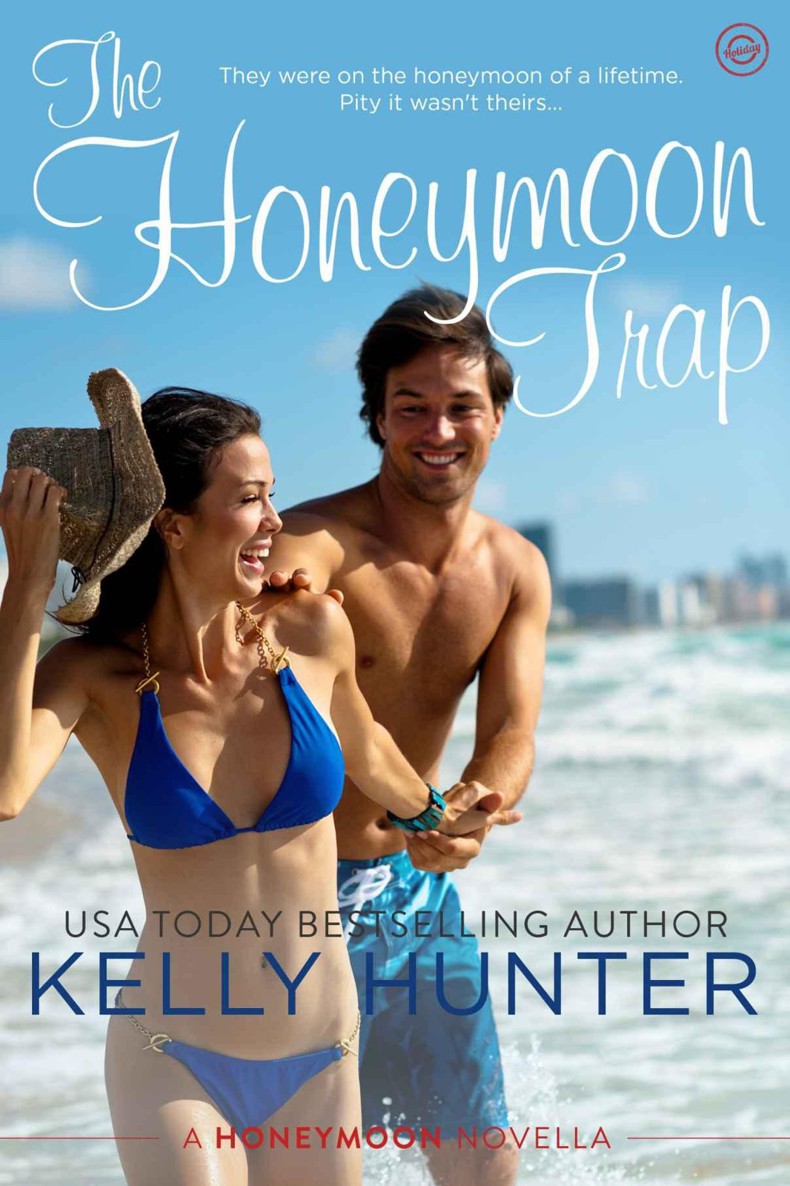 This is a work of fiction. Names, characters, places, and incidents are products of the author’s imagination or are used fictitiously. Any resemblance to actual events, locales, organizations, or persons, living or dead, is entirely coincidental

For the sisters of my heart.

Excerpt from What a Bride Wants

[A
t twenty-six, he
was the youngest of the three Jackson brothers. Two years younger than Caleb, three years younger than Cutter. Hands to the keyboard, he was definitely the geekiest. Put the three of them together in a crowded room and within minutes he’d be labelled the shyest. According to one of Cutter’s old girlfriends, he was also the sweetest of them all.

This wasn’t saying much. No one in their right mind would ever label his brothers sweet.

Right now his two older siblings were downstairs unloading ice into bins so that the beers brought in by any number of carpenters, painters, fishermen and outboard motor mechanics would stay cold. Jackson’s marina was a regular Friday after-work haunt for those connected to the waterways of Brunswick Bay. His brothers encouraged it. Eli put up with it. The fact that Eli lived above the boat shed, in what had once been an upstairs storage area, made it easy enough for him to disappear when he’d had enough of the party below – even if he was technically the party host.

Eli loved his scarred and battered bolt-hole apartment, with the bed in one corner and the kitchenette that had come straight out of a client’s luxury cruiser. He loved being close enough to the water to hear the slap-slap of waves against the boats moored at the little six-berth marina. More than anything else, he loved the serenity that descended when he was here alone.

Night watchman – that was him – and a boat builder by day. Laboring with his back and with his hands because three generations of Jacksons had done the same before him. Unlike his father and grandfather, Eli had a mechanical engineering degree in his back pocket and an ever growing reputation for designing reasonably priced fishing trawlers with the leanest operational costs around. Life was good these days, a steady ebb and flow, and that was just how he liked it.

Someone cranked up the music downstairs – probably Cutter. Eli cracked a beer and reached for his headphones. He had nothing against music in general, and eventually he’d head downstairs and socialize, if only to appease his brothers, but right now he had a date with a dulcet-voiced, smooth-talking online gamer who went by the name of Fuzzy. Every Friday, come four in the afternoon, Eli, Fuzzy and two others joined forces for a concentrated hour of online strategizing and game play. Eli wasn’t altogether sure when it had become his favorite hour of any given week, but it had. ‘Fuzzy, you there?’

‘I am, but the news is not good. It’s just you and me, healer. The rest of our forces had to bail. You want to recruit from the masses?’

Eli hated teaming up and gaming with strangers. You just couldn’t trust them. ‘Let me check what my brothers are doing. They’re probably good for about twenty minutes of play.’ His brothers had been the ones to introduce Eli to the world of online gaming in the first place, and could generally be counted on to inflict death and extreme destruction. He took off his headset, headed for the scarred, wooden stairs. ‘Hey, Caleb! We’re short two players for this afternoon’s game. Anyone want in?’

Caleb appeared at the bottom of the stairs, his hair wet but his board shorts dry. ‘What characters?’

‘An assassin and a mage.’

‘Seriously? You let a woman lead?’

‘Bad move. What else you got by way of incentive?’

‘And I’m just about to marry her for a boost.’

Caleb’s smile came wide and wicked. ‘Hey, Cutter. Eli’s getting married this afternoon and then we’re all going to go and storm Mordred’s Gate and die bloody.’

‘Eli’s getting what?’ Cutter bellowed.

Eli could hear Cutter’s laughter and didn’t wait to hear more before heading back to his computer and picking up his headset once more. ‘Yeah, they’re coming, but I should probably warn you, my brothers—

‘Can bear witness. I really need the boost. Besides, I just swapped a battle-axe for a handful of violet ribbons for my hair. I’m all dressed up. You can’t back out on me now.’

‘And then there’s me,’ Caleb cut in smoothly. ‘Speckled swordfish at your service. Have you considered yet that you might be marrying the wrong brother?’

‘I’m already on it.’ Fuzzy’s voice came through Eli’s headset, warmly amused. ‘Why do you think I’m checking your stats? Good grief, healer. Have you
seen
their stats? We’re all doomed.’

‘The trick is to get them to stop whaling on each other long enough to focus on the task at hand,’ Eli told her. ‘Then they’re golden.’

‘We should get this wedding underway. I love a good wedding. All rise.’ Cutter had suddenly developed a lisp worthy of a television cardinal. ‘Dearly Beloved. We are gathered here today to witness the blessed union of this man, and this woman, and… who’s got the rings?’

‘There’s really only
one
ring,’ Caleb intoned. ‘And I don’t think it’s available.’

‘We don’t need rings,’ Fuzzy said. ‘We don’t even need a ceremony.’

‘No ceremony?’ Cutter sounded deeply offended. ‘At all? And do yourself out of all those precious memories that are guaranteed to keep you warm when you’re old and grey? What kind of wedding is this?’

‘Healer, how old are these brothers of yours? Have they hit puberty yet?’

‘So how old are
you
?’ Fuzzy didn’t wait for his reply. ‘Good grief, I’m marrying a two-year-old.’

‘He’s twenty-six.’ This from Cutter. ‘Are we ready? Because, seriously, our boy here’s so shy with women that this could well be his only chance at heavenly matrimony. All rise—’

‘Be right back.’ Eli pushed away from the console with undue haste. He wasn’t panicking, much, he just… beer. He needed another beer, never mind the recently opened bottle sitting right there on the table. He needed pretzels and more beer. Possibly new brothers. Preferably no brothers, except that they were going to help him put a wall full of windows in this place this weekend so maybe he could disown them
after
that. He plucked a beer from the fridge and a bag of pretzels from the cupboard and took his sweet time returning to the game. He put on his headset, took a deep breath and reminded himself that it was only a game. ‘Am I married yet?’

‘Yes!’ Fuzzy sounded a little desperate. ‘It’s done. There was cake. Can we storm the gate now?’

Ten minutes later, Fuzzy let loose a yelp and a curse as her character took yet another hit from a giant lizard that just wouldn’t die. ‘Healer, get your tactically challenged ass over here and restore my health,’ she grumbled. ‘Otherwise I’m going to have to revoke your honeymoon privileges on account of I’m going to be
dead
.’

‘I would, but I’m a little busy here what with
no cover at all
.’

‘Hey, they’re your brothers.
You
try and get them to do something useful. Do they sew? Cook? Clean? Cause they can’t fight.’

‘Cutter, I need some cover.’ Eli tried to distract him.

Caleb gave him the cover he needed to get closer to Fuzzy – Zoey – and restore some of her health.

‘So, uh…’ She sounded uncharacteristically tentative all of a sudden. ‘While we’re on real names, what’s my husband’s?’

‘Jesus, Eli, how long have you been playing games with this woman? A year or more?’

‘And she doesn’t even know your name?’

‘She knows my player name,’ he muttered, but that clearly wasn’t enough. ‘So, uh, yeah. Name’s Eli. Short for Elias.’

‘It suits you,’ she said, and there was a shyness to her voice that a man could fall hard for.

Eli didn’t know what to say to that so he concentrated on the game.

‘And how old are you, Zoey?’ Caleb asked next.

‘Nineteen ninety. What are you, a club doorman?’

‘Just checking. So you want the lizard gone?’

‘If you wouldn’t mind.’ Her voice was dry, very dry. Her name was Zoey and she was twenty-four.

‘What do you do for a living, Zoey?’ Caleb again.

‘I’m a costume designer for theater groups, steampunk aficionados and people who dress up and go and live in medieval villages at weekends.’

The silence lasted a good long while after that. Eli grinned, drank a mouthful of beer and waited to hear what his brothers would say next.

Cutter led. He usually did when the going got tough. ‘How about upholstery for boats? Could you make that? And sails?’

‘You tell me what you want and get me the materials and I’ll sew it.’

‘Not if I’m dead. Gentlemen, if you don’t mind, I’ve got a giant lizard on my ass, a gate to open and I could use a little help here.’

His brothers finally got with the program and began a startlingly coordinated attack considering what had gone before. Ten seconds later the monster was dead.

‘Still not sure I’m seeing the appeal,’ she muttered as his brothers started railing on each other.

‘Hey, Zoey. You really did marry the pick of us. Want to meet him?’ This from Caleb.

‘It’s okay to ignore them,’ Eli told Zoey before she decided to flee the game, but she didn’t sound as if she wanted to flee.

‘Hey, guys.
Guys.
GUYS!’ Nothing like a bellowing female to get their attention. They hadn’t had one of
those
since their great aunt Sally had died. ‘I think the lizard brought a friend.’

‘We should probably take care of that,’ said Cutter. ‘Juice us up, healer.’

‘Spent it all on his lady wife,’ Caleb grumbled. ‘How’d our brother get so soft, anyway? Pretty sure it wasn’t anything we did.’

‘I’m damn sure of that,’ Eli grumbled, and Zoey laughed. It was a good laugh – one to wrap around a body and warm it through. It gave his brothers pause. He could almost hear them thinking.

A private message from Caleb popped up moments later. ‘You really need to meet this girl.’

Eli reached for his beer and typed a one-handed private message back to his brother. ‘Not how it works.’

‘Hey, Zoey.’ It was Cutter’s voice. ‘If you’re ever in Brunswick Bay, Northern New South Wales, on a Friday afternoon, drop into Jackson’s Boat Building. Eli can show you around.’

Cutter snorted. ‘You know you sent that to everyone, right?’

‘No! I mean—that wasn’t what I meant. You could take them up on it. If you wanted to. You know… if you were in the area and had an interest in boat yards and, uh, boats.’

There was a clattering noise from one of his brothers.