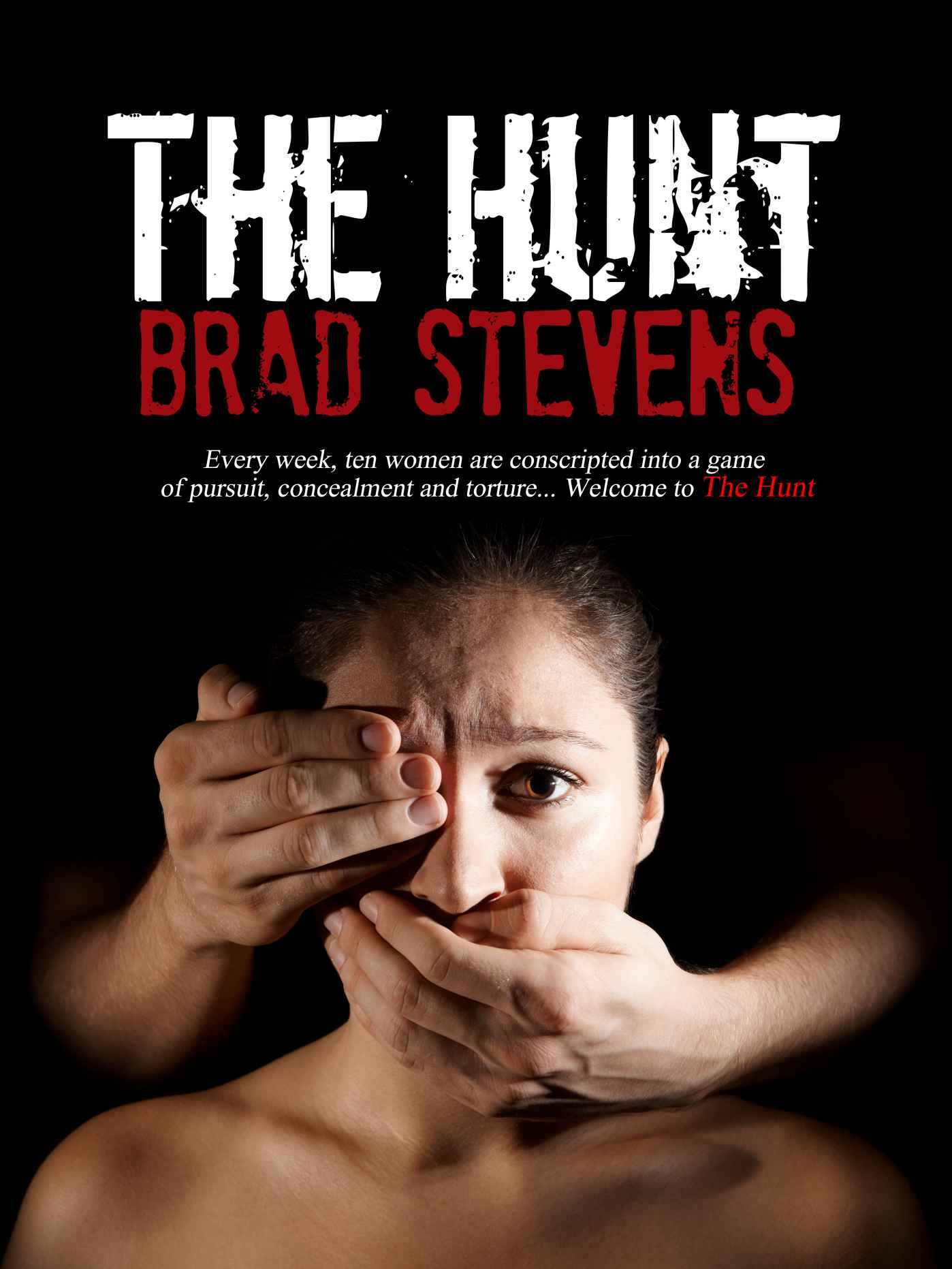 The right of Brad Stevens to be identified as the author of this work has been asserted by him/her in accordance with the Copyright, Designs and Patents Act 1988

No part of this publication may be reproduced, stored in a retrieval system, or transmitted in any form or by any means without the prior written permission of the publisher, nor be otherwise circulated in any form of binding or cover other than that in which it was published and without a similar condition being imposed on the subsequent purchaser.

In memory of J.

“Now the question is: why do the governments, the almighty and powerful, become more intolerant every day? History is the narrative of the few, making the lives of the many miserable, while using the most unacceptable excuses: difference of sex, language, religion or political ideas.” - Jafar Panahi, 2012.

Mara hadn't left the apartment in almost a fortnight. She'd been writing a new Melissa Valance novel, potentially her best yet, and saw little reason to venture outside. Food could be ordered online or by phone, while Yuke's weekly visits satisfied her desires for sex and companionship. She wouldn't have described herself as agoraphobic, but staying home gave her a sense of security. Today, however, she intended braving London's streets once again, since Catherine Darden, a respected journalist, had flown all the way from America to interview her. Mara's novels, with their independent heroine, were routinely banned by the British Board of Fiction Classification - her agent no longer even bothered submitting them - making the U.S. market particularly important. Mara had agreed to meet Catherine on the South Bank in an hour, and needed to start getting changed.

Her uniform was already laid out by the bed. She removed her T-shirt and jeans, hung them over a chair, and, with her usual reluctance, put on the white blouse, dark tights, and regulation knee-length black skirt. Black court shoes completed the mandatory outfit, and though the jacket was optional, she took it anyway as protection against the cold. Mara had been required to wear the uniform since turning eighteen, and still resented doing so seven years later. The blouse didn't bother her that much - it was basically a shirt - but every time she struggled into the skirt and tights, she experienced the unpleasant sensation of being caught in a gender-based trap.

On her way to the South Bank, she detoured through Charing Cross Road's second-hand bookshops. Mara’s living space was dominated by stacks of books, which served as protective buffers between herself and an increasingly harsh reality. New texts were rigorously censored, but those printed before the Paper Publications Act came into force remained legally available, and an embarrassment of riches could be found in the half-a-dozen specialist stores dotting this busy West End street. Browsing the paperbacks, many of them dating back to the twentieth century, Mara decided to buy a battered copy of
The Aging Boy
by Julian Claman, a name unfamiliar to her. She liked rediscovering those long-forgotten writers whose work had ended up in the cheap bins outside Any Amount of Books. Since the till was located inside, dishonest customers could easily have walked off without paying, yet Mara had never seen this happen. Thieves, it seemed, were not big readers. In any case, the owner probably wouldn't have cared, or even noticed, if these virtually worthless items had been stolen. This, it occurred to Mara, might well be the fate of her own literary output. Perhaps her affection for obscure authors resulted from a suspicion that she'd eventually become an obscure author herself.

As Mara entered BFI Southbank's
Benugo Bar, among the few places in the city where unaccompanied females were still permitted to drink, a middle-aged woman came over and shook her hand, saying, “Mara Gorki? I'm Catherine Darden from
New York Review
.”

After exchanging pleasantries, they settled down on one of the large sofas, next to which Catherine positioned the suitcase she had with her.
“I'm glad you didn't have any trouble recognising me,” said Mara. “The photo my publishers have been using is awful.”

“
No, it's perfect. You look just like that old movie star. What's her name? She was in the
Scream
films.”

“
Nobody ever told me that before!”

“
Honestly, it's a striking resemblance.”

Mara liked this woman immediately. Her manner was friendly and open, and Mara felt relaxed with her.

“How are you finding London?”

“
It's pretty strange. It reminds me of Saudi Arabia before the revolution.”

“
I can imagine. I find it stranger all the time.”

“
I knew I'd have to wear a uniform,” said Catherine, contemptuously tugging at her skirt, “but I didn't realise they wouldn't let me pass through customs until I'd bought one and changed into it.”

“
You can sell it back to the shop for half what you paid when you leave.”

“
Actually, I'm planning to take the Eurostar to Paris tomorrow, then fly home from there.”

“
I guess you can sell it inside the Eurostar terminal.”

“
My expense account will cover the cost, so maybe I'll keep it as a souvenir. Anyway, what with that and the flight being delayed, I was running late, so I came straight here instead of checking into a hotel first. That's why I'm dragging this suitcase around.”

Mara had a spur-of-the-moment idea.
“I live a few minutes away from the Eurostar. How about staying overnight at my place and going straight on from there?”

“
That would be fantastic! You're sure it's no bother?”

“
I'd love the company, and we can do the interview more easily there.”

As they left the bar, Catherine confessed to having specifically requested this assignment because she admired the Melissa Valance series. Since her readers were located in other countries, Mara rarely heard compliments about her work, and she listened contentedly as Catherine described how prominently the novels were displayed in American bookstores with well-stocked crime sections. Approaching a rank of taxis, Mara steered Catherine past the cars with 'Men Only' signs in their windows, and eventually found one that would take them where they were going.

Mara drew Catherine's attention to several locations of historical interest during the short journey, pointing out the obvious contrast between those well-maintained buildings on Caledonian Road's right-hand side, where she lived, and the crumbling council estates on its left. The taxi soon came to a halt outside Mara's apartment, and Catherine paid for the ride by pressing her thumb onto the driver's scanner. As they climbed out, Mara and Catherine noticed a couple marching down the street, arguing loudly. Mara heard the man say, “Knock it off,” and the woman reply, “You fucking knock it off.”

Having quickly lost interest in this Socratic discourse, Mara was watching the driver remove Catherine's suitcase from the taxi's boot, and didn't observe what happened next: she just heard a thud and a scream. Turning around, she saw the woman on her knees, clutching her stomach, and the man standing over her with his fist clenched. The woman's mouth was opening and closing, as if she couldn't decide whether to express anger or plead for mercy.

Oblivious to the fact that he had an audience, the man used one hand to grab hold of his partner's jacket, and the other to punch her in the face. There was a sickening crack, and Mara knew the woman's nose had been broken.

Catherine gasped and backed towards the taxi.

Finally realising he was being watched, the man looked threateningly at Mara, then at Catherine, who cried
“No, please!” and raised her arms defensively. The man shook his head in contempt and sauntered away without a backward glance as his victim climbed to her feet, blood running down the lower half of her face.

Mara was about to invite her inside, but before she had a chance to say anything, the woman shouted
“Wait!” and ran after the man. Once she caught up with him, they walked along side by side. As far as Mara could tell, neither of them said another word.

Mara felt shaken by the incide
nt, but Catherine was terrified; she leaned against the taxi, covering her mouth as if she feared the man might come back and assault her. Mara put a hand on Catherine's shoulder and said, “It's okay. He's gone. My place is over here.”

Catherine allowed herself to be led away.

Satisfied the show was over, the driver mumbled, “Bloody foreigners,” climbed into his vehicle and drove off.

Mara found this remark curious, since there was nothing about the couple to suggest they were foreign. Perhaps he was referring to Catherine. Or perhaps 'bloody foreigners' was a general term of abuse. She'd never understand London's taxi drivers!

As Mara pressed the thumbprint entry scanner outside her apartment, she noticed Catherine shaking like a leaf. Opening her front door, she guided Catherine down the hallway towards the guest bedroom, then ran into the living room and poured a glass of whiskey. When she returned, Catherine was sitting on the bed, taking a series of deep breaths.

“
I'm sorry for reacting like this,” she gasped. “I've lived in New York all my life, but I've never seen anything like that.”

Mara handed Catherine the glass and gently rubbed her back.
“That kind of thing doesn't happen very often here, but I can't say it's the first time a woman has been beaten up on my doorstep.”

“
Shouldn't we call the police?” asked Catherine, drinking the whiskey in one gulp.

“
They were probably married. There's no law against a man beating his wife. Legally, he can do pretty much anything short of killing her.”

Catherine looked horrified.
“What kind of country is this?”

“
A very fucked up one,” said Mara sadly as she walked into the hall and retrieved Catherine's suitcase. Catherine jumped up and took it out of her hands.

“
You're human. You're not used to violence. You react like a human being when confronted with it. Most of us don't. We sit back and watch as our humanity is eaten away bit by bit, holding on to whatever shreds we can.”

“
You seem to have held on to quite a bit of yours,” remarked Catherine affectionately, adding, “This is a beautiful room,” as she deposited her suitcase on the bed.

“
It used to be my parents' bedroom,” said Mara, distracted by a memory. “Anyway, would you like another whiskey, or could I make you a coffee, or something else?”

“
No, really, I'm fine now. We can start the interview whenever you're ready.”

“
Let me get changed and I'll meet you in the living room.”

As she approached her own bedroom, pausing by the front door to pick up some mail, Mara was haunted by the image of her mother's face, which she'd momentarily seen reflected in Catherine's. The resemblance was not physical, but rooted in a shared vulnerability. And Mara knew full well that such delicate sensibilities could not survive the tide of brutality sweeping the country. Had Catherine lived in England, she would surely have succumbed as completely as Mara's parents. Mara was happy to think of Catherine sleeping in their room, and even happier to think of her leaving the next day. After changing back into the clothes she'd worn earlier, she quickly checked her post. Aside from several pieces of junk, there was a literary quarterly she subscribed to, and a letter from the state religious authorities pointing out that her monthly church visit should take place within the next five days. It helpfully reminded her of the penalties for non-attendance, and expressed the wish that God would bless her.