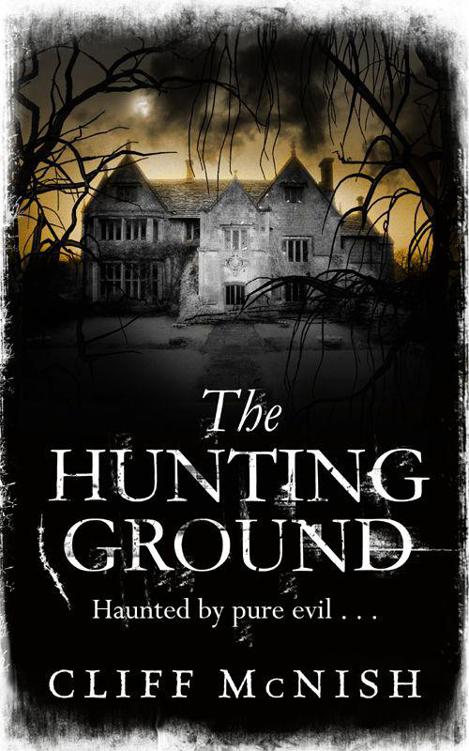 4:
THE DIARY OF THEO STARK

12:
UNTIL MY WILL MATCHES HIS

13:
A RIVER OF MOONLIGHT

14:
WITH HIS EYES WIDE OPEN

17:
THE DRIFT OF CORRIDORS

18:
THE OPPOSITE OF CALM

19:
THE LOVELY QUIET AND DARK

At first nothing woke sixteen-year-old Elliott. Asleep in bed, he failed to notice the eerie whispered rhymes. Or the sighs. Or the footsteps. Those footsteps came lightly and swiftly towards him – someone or something running incredibly fast across the floors of the old house. A presence long dead was on its return to the world of the living.

The visitor wrapped itself in its own hush. It pressed against cold walls, deeply excited. It swept its death inside shadows. It rarely came in a straight line. It came in impossible ways: soaring above lampshades, drifting between stuffed chairs. Passing over lush burgundy carpets, it never once needed to touch them. Floors are not only to be walked upon, one foot in front of another.

Gliding past portraits in the corridors, the visitor tenderly stroked them. It made time for that, kissing one or two of the less grimy paintings. Its lips, opening
and closing upon the wooden frames, were never quite still.

To start with the visitor kept well away from the new occupants of Glebe House. Only when it was certain everyone was asleep did it travel from the East Wing to the first floor of the main house. Elliott’s dad, Stephen, lay in his own room. He was turned away from the door, one of his bare arms inside the top blanket, the other flung across his pillow like an afterthought. The visitor knelt beside his face. For a while it simply stayed that way, gazing at his strong, muscular body.

Then it floated up to the third floor.

Elliott’s fourteen-year-old brother, Ben, had his bedroom there. The visitor lurked just inside Ben’s door, observing his chest rise and fall. It watched until the moon rose like a pale creamy promise in the window. Then it was drawn towards the partially-open bedroom opposite.

Elliott was inside, asleep on his back.

The visitor wafted smoothly up to his face. Its movements lightly stirred the air, sending up small puffs of dust. In gentle waves the dust settled on Elliott’s black eyelashes, dotting the upturned tips grey. The visitor’s mouth was an even deeper grey. Grey face, grey mouth. Lips pursed in the moonlight. Lips that never
stopped murmuring. Tiny whispers. A rhyme that sparked the air, over and over.

The visitor hovered over Elliott. It noted his strong chin, his slim, handsome face. He looked vaguely like someone the visitor had once known, and it had to resist an impulse to peel back his lids to check the colour of his eyes.

An hour passed. Maybe longer. It was hard to be sure. It had been a long time since time had meant anything much to the visitor.

Eventually, it left to collect something it had forgotten. When it returned, it was carrying a heavy object the size of a large baby. The visitor dragged the object’s head across the wooden planks of the hallway. Dirty hair strands caught between scalp and floor made a harsh sliding
scrishhhhh
.

And at last, hearing that extended sibilant hiss, Elliott woke.

Lifting his face off his hard, scratchy pillow, Elliott peered around. He couldn’t see anything wrong. No one was in the room. But he’d definitely heard a noise. It must have come from outside.

He sat up. He wasn’t frightened yet. He’d been through so many house relocations that unusual noises didn’t bother him. His dad was a renovator – paid to repair valuable old homes prior to resale. Every couple of years Elliott and his younger brother, Ben, were shunted off to another property, living there until Dad’s work was finished. The new home they had moved into, an enormous mansion property called Glebe House, was just bigger than normal, that was all.

Intrigued now, Elliott sat up, wiping the tiredness out of his eyes. He’d learned to sleep peacefully through more or less anything: squirrels nesting in walls, infestations of mice, squawking birds. Glebe House, built mainly in the seventeenth century, had enough
classic creaks and sighs to cause a little kid to wet the bed. Elliott and Ben always enjoyed tracking down those kinds of sounds in a new home. Especially the nighttime ones. They were good at it.

There it was again. And wasn’t it closer to his room this time?

Twisting his head to and fro in the darkness, Elliott listened hard. Since arriving a couple of days ago, he and Ben had barely checked out a quarter of Glebe House. There were no less than twenty four bedrooms in the main building alone. Saying
Take your pick
, Dad had gestured for the boys to grab whichever ones took their fancy.

Elliott chose a room across the corridor from Ben on the third floor. They usually grabbed rooms close together if they could. Their mother had suffered a complicated breakdown when Ben was still a baby, and decided to leave the family. With all the house-swapping over the years, both boys forever coping with new schools, and Dad often busy, they’d come to rely on each other’s company more than most brothers.

With alarm scattering like sparrows inside his chest, Elliott flung the sheets off his bed and stood tensely on the mattress, listening. Was an intruder in the house? The estate, empty for generations, was in the middle of
the countryside, surrounded by fields. Maybe someone had secretly made a home for themselves here …

Elliott checked the window overlooking the abandoned eastern part of the house. He was sure he’d just heard a sound from there.
Stay calm
, he told himself.
It’s probably just animals
. But the next noise he heard exploded that possibility. Because when did an animal ever approach a bedroom sounding so
excited
? That’s what Elliott heard now. Something with a mouth at the crack of his open door, panting.

‘Hey!’ Elliott yelled to scare off whatever it was. At the same time he staggered into the hallway and bellowed at the top of his voice, ‘Dad! Ben!’

A door opened from somewhere below him, and Elliott sighed with relief when he saw Dad stamping up the staircase in his dressing gown. ‘Was that you making a noise just now?’ Elliott asked him.

‘Just a sec.’ Elliott raced across the corridor to check his brother’s room. Finding Ben in his usual coma-like sleep, he nudged him awake. ‘Come on, get up,’ he told him. ‘Something’s going on.’

Hastily gathering them all together in the corridor, he told them about the sounds.

‘This had better be worth it,’ Ben warned, yawning. ‘What are we listening for? I can’t hear anything.’

They waited for over a minute, but the scrishing noises had stopped. Glebe House sounded as empty as it was meant to be.

‘I definitely heard something moving around,’ Elliott said.

‘People?’ Dad gazed at him doubtfully.

‘Not sure. It was a sort of sliding noise.’

Elliott glared at him and turned back to Dad. ‘I know how dumb it sounds, but there was something near my room. Then I heard another noise. It seemed to be coming from … I think it might have been the East Wing.’

The East Wing was Glebe House’s great mystery – the one part of the property still boarded up. Dad’s first instruction to the boys had been to keep well away from it because it was unsafe. From the evasive look now on Ben’s face, Elliott could tell that he’d ignored the order.

‘Your brother was up late exploring in there,’ Dad told Elliott, clearly annoyed. ‘At least he got his reward.’

Dad motioned, and Elliott saw a bump on the left
side of Ben’s head. The swelling wasn’t large, but it was surrounded by a nasty, discoloured bruise.

‘It’s nothing to do with the East Wing,’ Ben said quickly. ‘I did it on the way to the kitchen. I was hungry. But none of the lights work, so I missed a step, fell over, that’s all.’

Elliott had an impulse to laugh in Ben’s face, he was so obviously lying. He held back, partly because they automatically tended to back each other up, but also out of sheer surprise. If they were going to take risks like this, they mostly did it together. It wasn’t unusual for Ben to sneak into some crumbling part of a house he’d been warned about, but why hadn’t he got them both involved if he was so interested in checking out the East Wing?