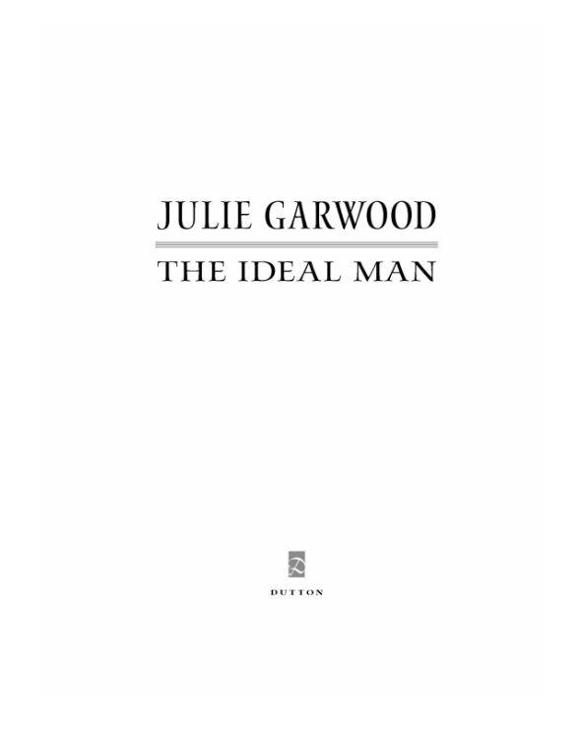 REGISTERED TRADEMARK—MARCA REGISTRADA
LIBRARY OF CONGRESS CATALOGING-IN-PUBLICATION DATA
Garwood, Julie.
The ideal man / Julie Garwood.
p. cm.
ISBN : 978-1-101-53552-3
1. Government investigators—Fiction. 2. Women physicians—Fiction. 3. Witnesses—Fiction. 4. Kidnapping—Fiction. 5. South Carolina—Fiction. I. Title.
PS3557.A8427I34 2011b
813’.54—dc22 2011016646
PUBLISHER’S NOTE
This book is a work of fiction. Names, characters, places, and incidents either are the product of the author’s imagination or are used fictitiously, and any resemblance to actual persons, living or dead, business establishments, events, or locales is entirely coincidental.
Without limiting the rights under copyright reserved above, no part of this publication may be reproduced, stored in or introduced into a retrieval system, or transmitted, in any form, or by any means (electronic, mechanical, photocopying, recording, or otherwise), without the prior written permission of both the copyright owner and the above publisher of this book.
The scanning, uploading, and distribution of this book via the Internet or via any other means without the permission of the publisher is illegal and punishable by law. Please purchase only authorized electronic editions, and do not participate in or encourage electronic piracy of copyrighted materials. Your support of the author’s rights is appreciated.

In Her Shoes by Jennifer Weiner
Dolores by Ivy Compton-Burnett
Scar Night by Alan Campbell
The Slow Burn of Silence (A Snowy Creek Novel) by Loreth Anne White
Venice by Peter Ackroyd
Assorted Prose by John Updike
Marine for Hire by Tawna Fenske
The Suitcase Kid by Jacqueline Wilson
Awakening (A Dangerous Man, #1) by Grey, Serena
Fasting and Eating for Health by Joel Fuhrman; Neal D. Barnard
Our partner