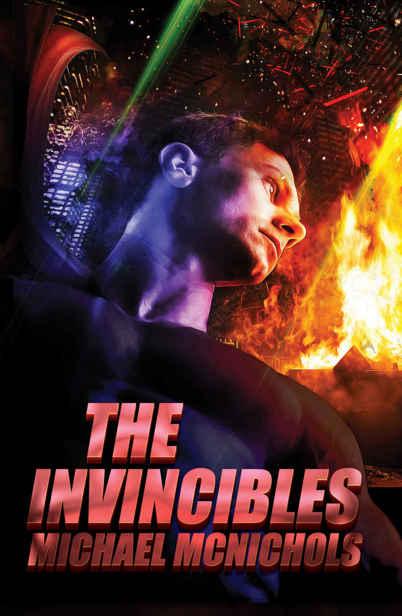 This book is a work of fiction. The characters, places, incidents, and dialogue are the product of the author’s imagination and are not to be construed as real, or if real, are used fictitiously. Any resemblance to actual events, locales, or persons, either living or dead, is purely coincidental.

All rights reserved. No part of this book may be used or reproduced in any manner whatsoever without the prior written permission of the publisher, except in the case of brief quotations embodied in critical articles and reviews.

This ebook is licensed for your personal enjoyment only. This ebook may not be re-sold or given away to other people. If you would like to share this book with another person, please purchase an additional copy for each recipient. If you are reading this book and did not purchase it, or it was not purchased for your use only, then please return to your favorite ebook retailer and purchase your own copy. Thank you for respecting the hard work of this author and the team of dedicated professionals that support them.

For more information, to inquire about rights to this or other works, or to purchase copies for special educational, business, or sales promotional uses please write to:

The golden Z logo, and the TZPP logo are trademarks of 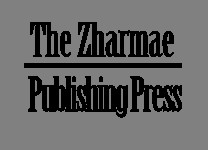 Nightshadow rode the wind down to the rooftop, gliding on the thin, bat-like wings stretched out underneath his suit’s armpits. Creeping up to the skylight, he peered into the old, abandoned movie studio. Black flames swirled across the padded, skin-tight duramax leather armor that made up his stealthy-gray wing-suit. A pale blurry-white moon emblem whirled across the chest. His ghostly gray mask resembled a demonic gargoyle’s face with jagged, pock-holed eyes. Dressed as he was, Nightshadow blended almost perfectly into the murky midnight swallowing up the city around him.

Inside the studio, a scene had been set on an old soundstage. A classic 1950’s rusty-red Cadillac cruised by a backdrop of white, bright suburban houses and dull green lawns. Dummies dressed up as teenagers in letterman’s jackets packed into the car. Burn marks smudged and deformed their blank faces. A dummy mailman with a knife in his head waved to them. Two mothers riddled with bullet holes pushed baby carriages filled with rotten, rancid-smelling meat past the car. Cheap, glow-in-the-dark plastic skeletons took up the rows and rows of seats in the audience.

After finding the latch, Nightshadow gently opened the skylight and climbed nimbly through it. Soundlessly, he dropped down to the floor. His mask’s night-vision lens automatically switched on, and he scanned the entire soundstage. Layers of dust caked the studio and choked up the air. A trail of heavy footprints led away backstage where a blood-crusted pair of child’s underwear lay. Escrima fighting sticks slipped out of Nightshadow’s forearm guards down into his hands. He twirled them around and tightened his grip.

For the past week, he’d been working non-stop, devoting all his time and energy into this investigation. He’d scoured every criminal haunt and dive he knew, roughed up all his usual contacts and their friends, and broken even more bones than usual. The police and FBI had helped some, but rules and regulations kept them from doing more. A couple of other superheroes had joined in on the hunt as well. Hyperman, Silver Seraph, and Dynamo-Man swept through the city, block by block. The Briar Bowman and Red Scoundrel hit the streets. Much to everyone’s shock, the Spider-Specter even came out of retirement to search around downtown. Only Nightshadow seemed to be getting anywhere though, knowing which of the Reaper’s old lackeys to track down and bloody to get them talking. One tip after another eventually brought him here to this studio. He chose not to call for back up.

The Death Reaper planned for everything and loved having super-beings and the authorities trip all over themselves trying to catch him. Despite all their amazing abilities and resources and good intentions, most superheroes never managed to find the Reaper or halt his schemes. The majority of the time, their bungled efforts only made things worse, though that wasn’t completely their fault. The Reaper tended to stay a step or two ahead of everyone except Nightshadow.

They’d been playing their twisted little game for seventeen long, bone-aching, heart-wearying years now. The Death Reaper went out of his way to antagonize Nightshadow, designing all his crimes to challenge and provoke him. He always made it personal, and Nightshadow saw the Reaper as a burden he alone had to bear. After all, only he understood the Reaper and only he ever stopped him, though there were always casualties, much to his shame and chagrin.

So far, Nightshadow hadn’t spotted any explosives, tripwires, or other traps around the studio. Though his suit rendered him invisible to surveillance cameras, he hadn’t sighted any of those either. Slowly, he swung the backstage door open. Inside, the hallway was trashed. Mirror glass shards gutted the walls. Old, pungent-smelling trash and clothes heaped up in and out of the dressing rooms. Crumpled papers littered the floor everywhere.

Nightshadow picked up a torn sheet of paper and saw it was a page torn from a script. He speed-read through it. The italicized stage directions described him skulking around backstage and coming upon a training bra. Sure enough, a padded little bra hung from a nail in the wall farther down the hallway, torn up and stained with dried, coppery blood.

An uneasy tingle flared up the back of Nightshadow’s neck. He hated cases when children were hurt or threatened. One way or another, they never turned out well. The fact that the Death Reaper was somehow telegraphing his movements also put him on edge.

Thinking he heard a sound, Nightshadow stalked around a corner and crouched down ready to fight. However, he found nothing but more festering trash. Farther down the hall, an old, rotting doorway plastered with stickers of shiny silver stars loomed. A battered, broken door still hung loosely from its hinges. Splashed above the frame in loud red paint, a message went, “Nightshadow, come on down!” The Death Reaper had signed it with a smiley skull face.

Nightshadow peered down into the doorway. A chalky, candelabra-lit stone stairway arched away from the crooked doorframe down into the depths below the studio. Reaching into his utility belt, he grabbed a couple of smoke and gas pellets and a flash grenade. If the kidnapped children were actually down there, this was going to make them choke, gag, and get sick. Still, it couldn’t be worse than what they’d already been through.

He threw the pellets and grenade before charging downstairs.

The flash grenade went up in a shuddering series of dazzling-hot, eye-searing explosions. The pellets sparked, crackled, and flared loud as firecrackers. Gritty black smoke and white vapory tear gas seeped about. A horrible, vomit-inducing stench whipped up.

Dozens of young, tired voices cried out, but the Death Reaper roared with high-pitched hyena laughter. Nightshadow’s mask protected him from the flash and gas, so he dove down into the midst of the chaos he’d created.

His mask’s visor registered the heat outlines of the children through the smoke and gas. Grouped together, they sat packed into a corner, the dozen of them all tied up, but out of the way, at least for now. Like a wraith, the Reaper flittered about through the smoke and gas, too quick to pin down, tapping Nightshadow on the shoulder, pinching his arm, and slapping his back. He always darted away before Nightshadow could respond. Left and right, Nightshadow turned and twisted, lashing out with his fighting sticks at shadows in the smoke, desperately trying to strike the Reaper down. His finger pressed a button, and one escrima stick fired a round of pentagram-shaped, katana-sharp ninja stars. They pounded loudly into a stone wall, just missing the Reaper as he ducked away.

Is That a Fish in Your Ear? by Bellos, David
The Moses Stone by James Becker
Secrets and Scars: A Gripping Psychological Thriller (Fatal Hearts Series Book 3) by Dori Lavelle
We Are What We Pretend to Be by Kurt Vonnegut
The Trouble with Andrew by Heather Graham
The Equalizer by Michael Sloan
Rider (Spirals of Destiny) by Bernheimer, Jim
Heat Seeker by Lora Leigh
Lime Street Blues by Maureen Lee
New Orleans Noir by Julie Smith
Our partner