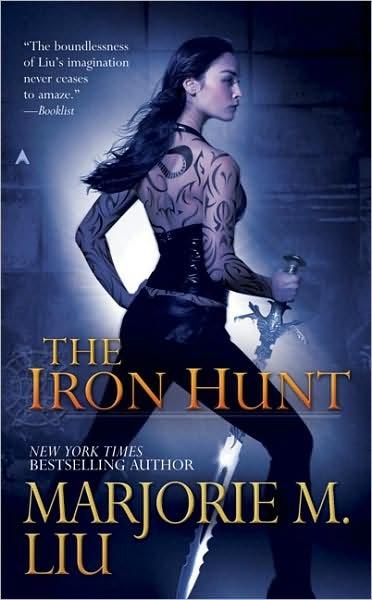 To
my mom, who taught me to play by ear,
and to my dad, who told me not to…

My
deepest thanks to my editor, Kate Seaver, whose unwavering support, insight,
and kindness made this book possible.

I
would also like to thank my copyeditors, Robert Schwager and his wife, Sara.

Oh
these deceits are strong almost as life.
Last night I dreamt I was in the labyrinth,
And woke far on. I did not know the place.

WHEN
I was eight, my mother lost me to zombies in a one-card draw. It was not her
fault. There was a blizzard. Six hours until sunset, lost on a twisting county
road. Bad map. No visibility. Black ice, winds howling down.

I
remembered. Slammed against my seat belt. Station wagon plowing into a drift,
snow riding high as my window. Metal crunching: the edge of the bumper, the
front tire, my door. Beneath us, a terrible reverberating crack.

Lodged.
Busted. Dead on our wheels. More than dead. My mother showed me spikes packed
into the snow and ice. Tiny metal stars, so sharp the points pricked my palm
when I bent to touch one. She pointed out the tires, torn into scrap, ribbons
of rubber. Told me not to worry. Called it a game.

My
mother cleared the road behind us. I watched from the car. Face pressed against
the cold window, fogging glass. She juggled stars and spikes for me, and did
not wince when the sharp points bounced off her tattooed hands. She danced in
the falling snow, eyes shining, cheeks flushed with the blood of roses, and
when I could no longer bear to sit still, I joined her and she held my wrists
and swung me in great circles until we fell down.

I
remembered her laughter. I remembered.

I
remembered that I did not want to go with her. I wanted to stay with the car. I
wanted to stay home with the wreck. Listen to the radio. Play with my dolls. My
mother would not let me. Too dangerous. Too many weirdos. I was too little to
handle the twelve-gauge stashed beneath the passenger seat, or even the pistol
in the glove compartment; and the boys were still asleep. Anything could
happen.

So we
bundled up. Slogged backward in the dull silence of snow and the endless winter
bones of the white forked trees. My mother carried me on her back. I saw:
silver clouds of my breath engulfing the tattoos on her neck; that lazy red
eye, Zee, tracking my face in his dreams. I felt the bulge of knives beneath
her black wool coat, too light and short for a blizzard, for anyone but a woman
who did not feel the cold. I heard the song she sang over the crunching beat of
her boots on the empty road. “Folsom Prison Blues.” Voice like sunshine and the
rumble of a slow train.

A
mile behind us, some local bar. Lonely way station. Out in the middle of
nowhere, just a shed, neon lights shaped like a naked woman flickering on and
off through the dirty tinted glass. Nipples winking. Pickup trucks in the
narrow, shoveled, salted lot. Scents of fried food and burned engine oil in my
nostrils.

My
mother hesitated when she saw the place, just as she had hesitated earlier when
we passed it in the car. Wavered, shoulders hitching. Both of us covered in
snow. I could not see her face, but I felt her tension. Breathed it. Looked
down and saw Zee struggling sleepily against her skin. Tattoos begging to peel.

We
entered the bar. My mother let the door slam shut behind us. I could not see:
too dark, too smoky, loud with laughter and rocky music. Warm as an oven
compared to the blizzard chill. I clung, face pressed to my mother’s neck. She
did not move. She did not speak. She stood with her back to the door, so very
still I could not feel her breathe, and all around us those voices faded dead
within a hush, and the music, the low, rolling wail of electric guitar,
snapped, stopped. Silence descended. Slow, cold, heavy as snow. Pregnant—a word
I would have used. Expectant, full, with something living and turning,
gestating
,
in that dark smoky womb.

I
peered over my mother’s shoulder, past the loose black curls of her
snow-riddled hair. She squeezed my leg. I did not listen. I could not help
myself. It was still difficult to see. Just one lamp on the bar, casting a
glow, a ring of fire that did not touch the handful of men and women scattered
like fleas in the smoky shadows. Still. Poised. Coiled. Dressed in flannel,
jeans, weighed down with thick overcoats, dull and torn. Hats pulled low. Eyes
like old wells—dark, hollow, with only a glint of reflected light at the very
bottom of their gazes. Auras black as pitch. Anchored and straining. As though
crowns of ghosts rested upon their heads.

Only
one man stood before my mother. He wore a blue suit and a striped tie that
shimmered like the steel in his shadowed eyes. Wavy blond hair. Square jaw.
Handsome, maybe. Handsome devil. Zombie.

All
of them, zombies. Human shells. Living. Breathing. Possessed.

My
mother made me slide to the floor. I clutched the hem of her coat. I tried to
be small. I knew danger. I knew threats. I knew a demon when I saw one.

My
mother raised her hand. Metal sparked between her tattooed fingers. A star from
the road. Bristling with spikes. The zombie smiled. He also raised his hand. In
his palm, a deck of cards.

“I
know enough.” Her voice was so cold. She could not be the same woman, not mine,
not my mother. Her hand tightened around the spikes, which dug into her skin
but did not puncture, no matter how hard she squeezed. I watched her hand, the
straining tendons. I heard metal groan.

“Now
or later. You know the rules.”

“You
pervert them,” said my mother. “You pervert this world.”

“We
are demon,” said the zombie simply, and stepped sideways to the battered bar,
its surface scarred and mauled by years of hard elbows and broken glass.
Ashtrays overflowed. Bottles clustered. Everything, sticky with fingerprints;
even the air, marked, cut with smoke and sweat.

My
mother watched the zombie. She watched them all and shrugged her shoulders. Her
jacket slid off slowly, falling on the floor beside me. She wore little. A
tight white tank top, a harness for her knives. Silver tattoos roped down her
arms, glinting red. Eyes. Open and staring.

No
one moved. Even the zombie in the suit went still. I watched their auras
tighten, pulsing faster, harder. My mother’s mouth curled. She took my hand.
Squeezed once. Led me to the bar where the zombie waited, leaning on a stool.
His smile was gone. He looked at her tattoos. His eyelid twitched.

My
mother tapped the bar. “Last time it was chess.”

“You
were ten,” he replied, tearing his gaze from her arms. “And that was your
mother’s game. You’re not her.”

Her
mouth tightened. “Show me the deck.”

The
zombie placed it between them and stepped back. My mother fanned the cards. Her
gaze roved, flicking once to me.

She
shuffled. So did the zombie. Three times each. The slap of the cards sounded
like gunfire. My mouth dried. My heart thundered. I clutched her leg, and her
fingers buried deep into my hair. She held me close. The zombie tapped the deck
and slid one card to the side. My mother did the same.

“Two
of diamonds,” she said. Voice hard, like she wanted to kill. The zombie remained
silent. He flipped his card and pushed it to her. My mother stared. Her hand
tightened in my hair. Her jaw flexed.

“You
run,” said the zombie softly, “and it will be worse next time. I think you
remember.”

“I
think you ask too much.”

“We
ask for so little, considering. Just one glimpse. Painless.” The zombie leaned
in. “Do
not
be your mother.”

She
shot him a cold look. He slid from the stool, and the rest of the room shifted,
shadows crawling like worms— zombies scuffling from their chairs to cross the
floor. Closing in. Eyes black. Auras writhing. My mother faced them. I did not
see her hand move, but her fingers flexed, and a knife suddenly glinted, held
loosely. No hilt. Just blade. Razor-sharp. In her other hand, that barbed star.

The
zombie loosened his tie. “You can’t kill us all. Not without injuring our
hosts. Innocents, all of them.”

My
mother said nothing. So still. Hardly breathing. Her fingers squeezed the
blade, and she turned, blocking the entire room from my view. She looked down
at me, and her gaze was hollow, impossibly grim. Her eyes, black as a demon’s
tongue, and just as cold.

“Do
not be afraid,” she whispered.

I
tried to hold her to me, but she slipped away, and zombies took her place. So
many. Shoulders broad as mountains. Packed tight. Breath hot. Stinking with
sweat and winter wool. I could not see faces for shadows, but the zombie in the
suit leaned close. Crooked his finger like a hook. I remembered cold shock.
Hammers in my heart. I had thought they wanted my mother, but it was me. They
wanted me.

“Frogs
and snails and puppy-dog tails,” murmured the zombie, his eyes glinting silver.
“Sugar and spice, everything nice.”

He
grabbed my jaw with one hand. Squeezed. Pushed down until I was forced to kneel.
I could not breathe. I felt my thoughts bleed—for sunset and the boys, my
mother. I wanted her to save me. I wanted it so badly, so hard, wished so much
to understand.

I
wanted to understand.

I
could not forget. Consumed and hunted—
I know what it is to be hunted
—feeding
those creatures my fear and pain, dispensed like so much sour candy. Demons in
their stolen human skins staring with darkling eyes, searching for weakness, a
way into my mind. Wanting to make me one of them. Zombie. Infected with a parasite.

I
fought. I must have. I remembered voices in my head. Whispers and howls. Zee
and the boys, raging in their dreams. I remembered my heart. My heart, opening
like a bloody mouth, tasting my terror—

—And
then biting it out of me. My heart, shedding the fear and tossing it away.
Letting something else slip into its place.

Something
from me. Of me. Born in the roots of me. A darkness deep and vast, forever
dead, forever cold—and in my soul a slow, shuffling resurrection, a terrible
yawning hunger, rising through blood and bone as though every cell of my body
had been born empty and frozen and now—
here
—nectar and milk and honey.

Mine
to take. Mine to steal. Mine to kill.

I
never felt so clearheaded as I did then. Never so strong. I could have killed
those zombies. I could have killed them all. Eight years old. Ready to murder.
Starving for it. Skin, pulling. Muscles stretching from my bones. All of me,
reaching with my soul. Grasping at demons.

The
zombie let go of my face. He let go, and I grabbed his hands. I held him to me,
and a gray pallor spread—like stone cracking beneath his skin, cold and
dead—and I stole him. I stole him away and felt the taste of demon in my blood,
rich and sour, like bitter, bilious honey.

As the Crow Flies by Jeffrey Archer
Decked with Folly by Kate Kingsbury
The Secret Garden by Frances Hodgson Burnett
Hades by Crystal Dawn
Suspended by Taryn Elliott
Secret Journey to Planet Serpo by Len Kasten
Forgotten Suns by Judith Tarr
Friends With Benefits by Lange, Anne
Promises by Belva Plain
A Season in Gemini, Intro by Victoria Danann
Our partner