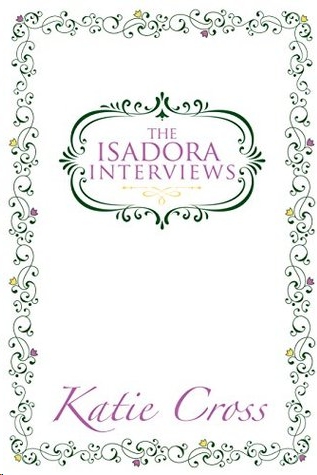 STORIES FROM THE NETWORK SERIES 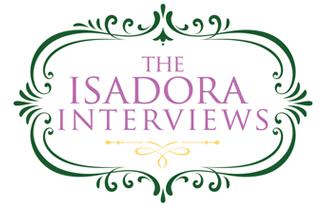 This is a work of fiction. Any names, characters, places, events, or incidents are either the product of the author’s imagination or are used fictitiously. Any similarities or resemblance to actual persons, living or dead, events, or places, is entirely coincidental.

All rights reserved.Except as permitted under the US Copyright Act of 1976, no part of this publication may be reproduced, stored in a retrieval system, or transmitted in any form or by any means, electronic, mechanical, photocopying, recording, or otherwise, without written permission of the author. For information regarding permission, send a query to the author at
[email protected]

Visit the author at
www.kcrosswriting.com
Visit the Network Series at
www.missmabels.com
or on Facebook at
www.facebook.com/missmabels

L
eda opened the door of the closet just enough for one olive green eye to peer out. The other eye, the color of straw, closed so she could focus.

Rain trickled down the windowpane of her small bedroom, and she let out a content little sigh. Hibernating in the warm house when the earth crawled with cool mist was one of her favorite things. She leaned back into the closet with the quiet
snick
of the door closing.

Straightening her spine, she worked out the kinks in her back with a deep breath. Spending two hours stooped over a book in a closet barely big enough for her to lengthen her legs was less than ideal, but at least it was private, no easy feat in a family of eight children. With a pinch of her fingers, she extinguished the candle flame and shoved the books on potionmaking away from her.

An extraordinarily difficult potion sat on her mind and had for many days, percolating in the background of her thoughts. No one had ever gotten the Forgotten Potion right, which is exactly why Leda wanted to make it. It restored lost memories. Not like a generalized memory potion, either. It could bring back a specific, imperfect memory, rooting it out from childhood if necessary.

Maybe I could use it on myself and remember the wretched day I received this curse.

Leda pushed her white-blonde hair away from her face. There was really no use reviewing the Forgotten Potion any longer. She didn’t have the time to try it, not with all the studying she had to do.

One day. One day I will try it.

By the time she extricated herself from the books and the tiny closet, her siblings’ voices had moved from their bedrooms into the dining room. Mama’s called out over them. The sound of her voice, and the meaty smell of stew in the air, meant dinner was just about to start. Dinner meant Papa would be home.

Motivated by the thought of Papa’s return, Leda quickly slipped the scroll underneath the mattress with her stubby pencil, tucking them back as far as they could go. Anything that could rip had to be well out of reach of her young siblings’ grubby hands.

The children were racing around the table with happy shrieks when Leda appeared. She grabbed a younger brother to stop him chasing the oldest boy, plopped him in his seat, and snatched a butter knife away from her smallest sister as she ran past.

Her mother brushed past her with a loving smile.

“Thank you Leda. Start slicing the bread, will you? Your father should be here any minute now.”

The candles on the table flared to life when her mother walked past, bouncing with a sudden flame. At Mama’s command, the rest of children dutifully took their seats, in which they remained, anchored by magic. Bronwyn, the second oldest girl, walked around the table setting out plates.

“Did you get some studying done?” she asked Leda.

A familiar sensation filled Leda’s mind, occupying her awareness. An image swam before her; the family was eating dinner, half the stew was gone, and the little boys were laughing. A new picture flashed by right after; Papa walked in the door, dripping rain. Before she could understand it, another one took it’s place. Dinner had finished. Bronwyn and Leda were clearing the dishes. Mama was chasing the youngest, trying to get stockings on before bed. A new image came and Papa stepped in, his head down and clothes drenched, a troubled look in his eyes. Of the two pictures, the last left the strongest feeling.

“Papa is going to be late,” Leda said as the sensation ebbed away, purposely leaving out the foreboding feeling it gave her. Mama looked up for a moment, surprised. Then the look faded from her green eyes, and she managed an unaffected smile. She wiped her red hands on her apron and nodded, but Leda couldn’t hide anything from her. Mama knew something wasn’t right.

Leda continued to saw at the bread while Bronwyn ladled out the stew. Papa was supposed to talk to his partners at work today about getting paid in advance so Leda could go away to school. The bad news certainly meant that they wouldn’t get the needed sacrans to pay. She shook away the bleak thoughts.

No. This isn’t happening. There’s no bad news tonight. Only good news.

The Foresight curse that Leda had lived with since infancy activated, raising even more glimpses of future possibilities. Most of the images were of events that could happen soon, some of them were far off possibilities, and none were guaranteed. The curse normally simmered in the background of her mind, but it had a way of coming to the surface when her emotions took over. Although occasionally convenient, it usually felt more like a living nightmare.

Right then, so many possibilities shuffled past her that she had a hard time distinguishing them all. Every event had second- and third-order effects, which occasionally flickered through the mix. Sometimes she saw further than that, to fourth-order effects. In Papa’s case, however, she couldn’t see the original cause, so the future possibilities became confusing. A building she’d never seen. Sitting at the kitchen table years from now, teaching her siblings. Wiping her mother’s face with a rag. Chatham Castle and all the resplendent flower gardens and gazebo.

Leda shook her head, breaking out of her reverie. When her eyes refocused, Mama was staring at her. Her tired eyes seemed to ask,
Is everything okay?

“Sorry, Mama. I was lost in my thoughts.”

“Leda does that all the time,” six-year-old Anthony said. His body bounced up and down as he swung his legs. He balanced a spoon on his nose and spoke with measured words. “She’s always spacing out.”

Bronwyn set his bowl in front of him, her brown bangs falling into her face.

Leda tried not to focus on her visions when she was around the little kids. They didn’t know about her curse, just Bronwyn and her parents. Dinner was relatively quiet, despite the usual bickering and banter. As usual, Bronwyn remained silent, speaking only when Mama addressed her. Leda said nothing.

Every minute that passed narrowed the possibilities. Leda saw herself at Mama and Papa’s bedroom door with Bronwyn, listening through the thick wood. Talking to Mama and Papa in front of the fire came next. Neither of them felt stronger. At this point, Papa must be deciding whether he should talk to Mama first, or include Leda and Bronwyn in the conversation right away. He hadn’t decided. Leda hoped for the second.

Once all the kids were done they shot off towards their rooms as if blighters—magic balls of energy—followed at their heels, chasing them into their pajamas. Mama stood up, and putting a hand under their chins, kissed both Leda and Bronwyn’s cheeks.

“Thank you, my girls. I don’t know what I’d do without you.”

Mama smiled one last time and placed a hand on the small of her back. Her swollen tummy was beginning to stick out in earnest now. It wouldn’t be much longer before Mama would have to cut back on work, putting the chores onto Bronwyn and Leda. A sense of dread stirred in Leda’s gut.

Taking care of her family would seriously cut into her time to study for the interview, which was coming soon. The interview was the only way to get into Miss Mabel’s School for Girls, which could be Leda’s ticket out of the tired village of Hansham, and Leda wanted it bad. She’d show them. She’d be so intelligent that the Watcher Isadora couldn’t stand to turn her away.

Of course, that would only work if her family could prove they had the money to send her away for three years, which was probably the biggest challenge of all. Papa planned to ask for an advance on his pay, but due to the depressing future possibilities Leda had just seen, she began to have doubts. Would she be able to go to Miss Mabel’s?

Everything in her future depended on this interview. If Leda didn’t go to Miss Mabel’s School for Girls, she’d be forced into a life like her mother’s. Poor. Scraping by on the dregs of leftovers just to feed her family.

Bronwyn gathered the leftover bread crusts like the steady girl that she was and peered into the cauldron that was once bubbling with stew. Papa would crumble the crusts into his soup, so she set them aside on his plate and turned her large eyes on Leda as they collected the dirty dinner plates.

“Is everything okay with Papa, Leedee?” she asked in a quiet voice. Leda scowled at the sound of her childhood nickname but could hear real anxiety in Bronwyn’s query, so she didn’t chastise her.

“Yes. I think something happened at work.”

Bronwyn paled in seconds. Her voice was raspy when she spoke. “Did Papa lose his job?”

“No.” Leda’s forehead gathered in frustration. “At least, I don’t think so. I can’t tell. I can’t see the past.”

Bronwyn took in a deep breath, resolving herself for whatever came, but the pinched look remained in her face.

Leda glanced around.
Yes,
she thought.
Let’s hope not. We can’t afford to get any poorer than we are now.
Affirming her thought, a gust of wind blew against the house, sending a light whistle through the loose window panes. Leda looked at the limp, stained drapes, the uneven table, and the old wooden bucket they washed the dishes in. A dilapidated mess, all of it.