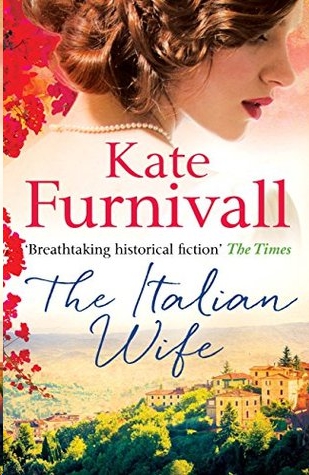 Kate Furnivall
was born in Wales and studied English at London University. She worked in publishing and then moved to TV advertising, where she met her husband.

In 2000, Kate decided to write her mother’s extraordinary story of growing up in Russia, China and India, and this became
The Russian Concubine,
which was a
New York Times
bestseller. All her books since then have had an exotic setting and Kate has travelled widely for her research. She now has two sons and lives with her husband by the sea in Devon.

Under a Blood Red Sky

The Jewel of St Petersburg

Shadows on the Nile

The Far Side of the Sun

For a special little boy

A big thank you to my inspired editors Lucy Malagoni and Catherine Burke for their insight and unfailing enthusiasm for this book, and to all the fantastic team at Little, Brown UK – especially the intrepid Thalia Proctor. Thank you all. I am also grateful to Liz Hatherell for her sharp eye on the manuscript.

I also want to say a special thank you to my wonderful agent Teresa Chris for her support and guidance at all times – I could not ask for better.

Many thanks to Marian Churchward for ploughing through my scribble and for staying calm while sharing Isabella’s hectic journey with me.

My warm gratitude to my friends at Brixham Writers for listening to my moans and feeding me tea and biscuits on demand. As always, it’s been fun.

Many thanks to Filippo Serra in Latina, one of the towns on the Agro Pontino, for showing me around the beautiful area and for being an invaluable fountain of knowledge about its fascinating history.

My thanks also to Leigh L Klotz Jr. for his generosity in sharing his knowledge of all things Graflex – his passion for the camera is infectious.

Most of all, huge and heartfelt thanks to Norman for giving me the idea of setting my story in the Pontine Marshes in the first place – and for coming to explore them with me.

But I was nineteen years old and believed I was immortal. I had no idea that life, which seemed so snug and warm in my grasp, could be snatched away at any moment, though I did nothing more than turn my head for a split second to inspect a market stall.

A gunshot rang out. The sound of it ricocheted off the ancient pink stone of the market square, making my ears ring and shoppers scatter in panic across the cobbles. It was market day and I had come to idle away an hour among the stalls, passing the time of day with neighbours and exchanging news with friends. Believing that an hour of life was something I could fritter away without thought.

I picked and prodded at the colourful piles of fruit and vegetables on offer, handling the warm leathery pomegranates as I chose the ripest one and inhaling the musty scent of the skin of deep purple aubergines. All around me stalls overflowed with the vibrant yellows and greens and rich scarlets that are the colours of life.

How could I know I was about to lose mine?

If it had happened in some stinking back alleyway in a rough district of Milan, I’d have understood. I wouldn’t have liked it, but I’d have understood. Or on one of Mussolini’s fast new
autostrade
where cars race each other as if desperate to leap into the arms of death. There it would make sense. But not here. Not on the lazy warm cobblestones of my home district. Not with my belly swollen with child and a piece of pecorino cheese salty in my mouth.

‘Take a bite, Isabella,’ Arturo Cribori called out from behind his cheese stall, waggling his black eyebrows at me suggestively.

He sliced off a tiny triangle of pecorino for me to taste. I smiled at him and laughed.

Thinking back on it now, I listen to that carefree laugh and it makes me want to cry. It was the last laugh of the person I was back then. The laugh of a girl who believed she had everything she needed to make her happy for the rest of her life – a handsome husband, a baby growing inside her, a three-room city apartment with a set of silver spoons in pride of place on the sideboard, a future that stretched ahead of her on rails as shiny as Italy’s new train tracks. It was the laugh of a person who still believed in goodness. I remember that girl dimly. I touch her lustrous raven’s wing hair and my chest aches for her.

The real reason I had come to the street market was to stroll between the rows of stalls alongside Luigi, showing off my fine husband and the
bambino
growing inside me, displaying them proudly for all to admire. I paused to taste the cheese, I remember that. I didn’t look out at the houses surrounding the square or spare a glance for the upstairs windows overlooking the stalls. Why should I?

If I had looked up, things might have been different.

I remember looking across at Luigi, seeking him out in the bustling crowd. So many people were milling around the stalls, laughing and arguing, haggling over the price of yellow peppers or the weight of a sack of potatoes, but my husband was easy to spot. He was half a head taller than anyone else and possessed the handsome features of a Roman senator, though in fact he came from generations of farming stock. ‘I’m a fine stud bull,’ he would laugh as he stroked my swollen belly.

Luigi was a powerful presence in his crisp Blackshirt militia uniform. Men stood back for him and women’s eyes followed him like fawns. Not just the young signorinas tossing their dark manes at him, but the black-clad matrons as well and the loud-mouthed peasants on the stalls, with bosoms as large and ripe as their melons. They all let their eyes linger on Luigi Berotti. I was proud of him. So proud it almost choked me at times. Stupid, I know, but that’s how it was. Even though he raised a hand to me after he’d taken a grappa too many, I saw no wrong in him.

The first shot came out of nowhere, ripping through the market, The crisp crack of it sent stallholders ducking behind their wares and a tethered dog howled. The second shot sent a wave of pigeons wheeling up from the campanile into the flat blue Italian sky.

I swung round from a salami stall in time to see Luigi’s dark head slide from view. It lurched forward as if he’d spotted a five hundred lire note lying on the ground. I screamed. It was a vile sound dragged up from deep inside me and scoured my throat raw.

A man seized my wrist. ‘Are you hurt?’

It was my father. I should have thanked him, this father showing concern for his only daughter amid the whirlwind of fear that swept through the market. But I didn’t. Wordlessly I dragged my arm free and hurled myself into the huddle of people crouching on the cobbles in front of a stall selling embroidered shawls. Their eyes were huge with panic. Heads whipped back and forth, seeking the hand with the gun. But they didn’t run. Those brave people stayed with the limp figure on the ground. Others ran and I couldn’t blame them. They had families. They had loved ones. They had lives to live. Why should they stay behind to stop my husband bleeding to death on the cobbles?

Luigi’s dark eyes were frozen open like a doll’s and gazing blindly up at the sun as if he could outstare it. In that tiny fraction of time before the second shot rang out, I saw the slack hang of his full lips that had always been so muscular in seizing mine, and I knew what it meant. I saw scarlet raindrops sparkling on the small hairs of his eyebrows. I saw his strong hand curled up like a claw. And in the centre of his big bull chest I saw a hole in his shirt. The blood barely showed against the colour of its material but it made the blackness of the shirt glisten, like the blackness on the back of a fly.

I snatched a shawl from the deserted stall. I would stop the bleeding with it. I would stop it and he would live. He must live. My Luigi. My husband. His child kicked fiercely inside me to urge me on.

I called his name to summon him back to me.

I didn’t hear the second shot. All I knew was that my sandal had left a perfect imprint in my husband’s blood on the ground. I was horrified by it. I saw it as I bent forward to kneel at his side and that was when the backache that had nagged at me all day, where the baby was pressing on a nerve, suddenly flared into a white blinding pain. I thought it was my bones cracking with grief.

Before I hit the ground, I was dead.

I woke. Nothing worked. Not my eyelids. Not my limbs. My tongue lay lifeless on the base of my mouth. I tried to cry out but the silence in my head remained absolute while pain wrapped itself around my body.

‘What in God’s name is the matter with you, nurse? You’re meant to be monitoring her airways.’

‘Yes, Dr Cantini, I’m sorry, I was just checking her…’

‘Sorry? Where will sorry get you when she’s dead and cold on the slab? Tell me that, nurse.’

The doctor’s voice was loud and curt to the point of rudeness, the voice of a man who believed in the divine right of the medical profession. I knew that tone. He’d used it on me at times. It was the tone he resorted to when trying to hide fear. Dr Cantini is my father. If my father was afraid, I knew I was in trouble.

Help me, Papa. Hold my hand.

But the words remained ice cold inside my head.

‘Isabella, can you hear me?’

My father’s voice sounded close, as if he were leaning over me. I could picture him, his moustache black and bristling, his blue eyes behind his spectacles abandoning any pretence of professional calm. His daughter was dying.

Road Ends by Mary Lawson
Roses and Rodeo (Rough and Ready) by McCray, Cheyenne
Flare by Roberts, Posy
Ruby Unscripted by Cindy Martinusen Coloma
No More Us for You by David Hernandez
Mammoth Book of Best New Horror by Stephen Jones
Dragonfire by Karleen Bradford
Nighttime Is My Time: A Novel by Mary Higgins Clark
Phantom by Thomas Tessier
Bad, Bad Things by Lolita Lopez
Our partner