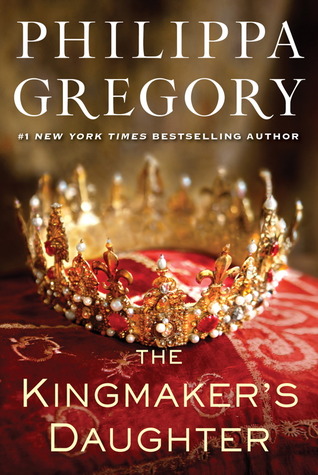 The Lady of the Rivers

The Women of the Cousins’ War:

The Duchess, the Queen and the King’s Mother

The Other Boleyn Girl

Mrs Hartley and the Growth Centre

The right of Philippa Gregory to be identified as author of this work has been asserted by her in accordance with sections 77 and 78 of the Copyright, Designs and Patents Act,
1988.

My Lady Mother goes first, a great heiress in her own right, and the wife of the greatest subject in the kingdom. Isabel follows, because she is the oldest. Then me: I come
last, I always come last. I can’t see much as we walk into the great throne room of the Tower of London, and my mother leads my sister to curtsey to the throne and steps aside. Isabel sinks
down low, as we have been taught, for a king is a king even if he is a young man put on the throne by my father. His wife will be crowned queen, whatever we may think of her. Then as I step
forwards to make my curtsey I get my first good view of the woman that we have come to court to honour.

She is breathtaking: the most beautiful woman I have ever seen in my life. At once I understand why the king stopped his army at the first sight of her, and married her within weeks. She has a
smile that grows slowly and then shines, like an angel’s smile. I have seen statues that would look stodgy beside her, I have seen painted Madonnas whose features would be coarse beside her
pale luminous loveliness. I rise up from my curtsey to stare at her as if she were an exquisite icon; I cannot look away. Under my scrutiny her face warms, she blushes, she smiles at me, and I
cannot help but beam in reply. She laughs at that, as if she finds my open adoration amusing, and then I see my mother’s furious glance and I scuttle to her side where my sister Isabel is
scowling. ‘You were staring like an idiot,’ she hisses. ‘Embarrassing us all. What would Father say?’

The king steps forwards and kisses my mother warmly on both cheeks. ‘Have you heard from my dear friend, your lord?’ he asks her.

‘Working well in your service,’ she says promptly, for Father is missing tonight’s banquet and all the celebrations, as he is meeting with the King of France himself and the
Duke of Burgundy, meeting with them as an equal, to make peace with these mighty men of Christendom now that the sleeping king has been defeated and we are the new rulers of England. My father is a
great man; he is representing this new king and all of England.

The king, the new king – our king – does a funny mock-bow to Isabel and pats my cheek. He has known us since we were little girls too small to come to such banquets and he was a boy
in our father’s keeping. Meanwhile my mother looks about her as if we were at home in Calais Castle, seeking to find fault with something the servants have done. I know that she is longing to
see anything that she can report later to my father as evidence that this most beautiful queen is unfit for her position. By the sour expression on her face I guess that she has found nothing.

Nobody likes this queen; I should not admire her. It shouldn’t matter to us that she smiles warmly at Isabel and me, that she rises from her great chair to come forwards and clasp my
mother’s hands. We are all determined not to like her. My father had a good marriage planned for this king, a great match with a princess of France. My father worked at this, prepared the
ground, drafted the marriage contract, persuaded people who hate the French that this would be a good thing for the country, would safeguard Calais, might even get Bordeaux back into our keeping,
but then Edward, the new king, the heart-stoppingly handsome and glamorous new king, our darling Edward – like a younger brother to my father and a glorious uncle to us – said as simply
as if he was ordering his dinner that he was married already and nothing could be done about it. Married already? Yes, and to Her.

He did very wrong to act without my father’s advice; everyone knows that. It is the first time he has done so in the long triumphant campaign that took the House of York from shame, when
they had to beg the forgiveness of the sleeping king and the bad queen, to victory and the throne of England. My father has been at Edward’s side, advising and guiding him, dictating his
every move. My father has always judged what is best for him. The king, even though he is king now, is a young man who owes my father everything. He would not have his throne if it were not for my
father taking up his cause, teaching him how to lead an army, fighting his battles for him. My father risked his own life, first for Edward’s father, and then for Edward himself, and then,
just when the sleeping king and the bad queen had run away, and Edward was crowned king, and everything should have been wonderful forever, he went off and secretly married Her.