The Labyrinth of Dreaming Books 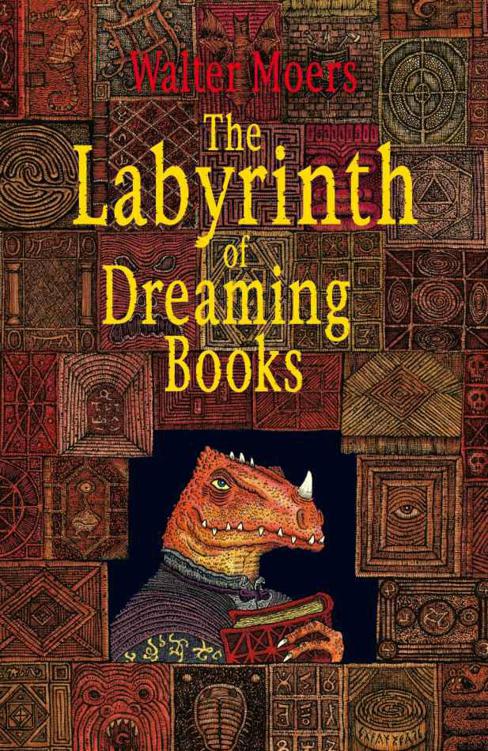 A Reunion with Kibitzer

The Theatre of Dreaming Puppets

A Dream Within a Dream

The King of the Shadows

A Biblionaut in Three Acts

The Labyrinth of Dreaming Books

Over two hundred years ago Bookholm, the City of Dreaming Books, was destroyed by a catastrophic firestorm. Optimus Yarnspinner, who witnessed this disaster, has since become Zamonia’s greatest writer and is resting on his laurels at Lindworm Castle. Spoilt by his monumental success and basking in adulation, he one day receives a disturbing message that finally reinvests his life with meaning: a cryptic missive that lures him back to Bookholm.

Rebuilt on a magnificent scale, the city is once more a vibrant literary metropolis and Mecca of the book trade teeming with book fanatics of all kinds. On the track of the mysterious letter that brought him there, Yarnspinner has scarcely set foot in the city before he falls prey to its spirit of adventure. He is reunited with old friends like Inazia Anazazi the Uggly and Ahmed ben Kibitzer the Nocturnomath, but he also encounters the city’s new marvels, which include the mysterious Biblionauts, the warring Puppetists, and the city’s latest craze, the Invisible Theatre.

Yarnspinner strays ever deeper into the Labyrinth of Dreaming Books, which seems to wield a strange power over Bookholm’s destinies. He is eventually drawn into an irresistible maelstrom of events far more sensational than any of the adventures he has previously embarked upon.

Walter Moers was born in 1957 and is a writer, cartoonist, painter and sculptor. He is the creator of the comic strips
The Little Asshole
and
Adolf
and his novels include of the cult bestseller
The 13 ½ Lives of Captain Bluebear
,
The City of Dreaming Books
and
The Alchemaster’s Apprentice
. He lives in Hamburg.

The 13½ Lives of Captain Bluebear

A Wild Ride through the Night

The City of Dreaming Books

THE DARKMAN ONCE
in olden days

The crackling flames to heaven rose

unquenchable by any hose.

until the town in ruins lay.

And yet, as year succeeded year,

HERE THE STORY
continues. It tells how I returned to Bookholm and descended for a second time into the catacombs beneath the City of Dreaming Books. It tells of old friends and new enemies, new comrades-in-arms and old adversaries. But above all, incredible as it may sound, it tells of the Shadow King.

And of books. Books of the most diverse kinds: good and bad, live and dead, dreaming and awake, worthless and precious, harmless and dangerous. Books, too, whose hidden contents cannot even be guessed at. Books which, when you read them, can spring a surprise on you at any moment – especially when you’re least expecting it.

Books like the one you are holding in your hands right now, gentle reader. For I must, alas, inform you that this is a toxic book. Its poison began to penetrate your fingertips the instant you opened it – tiny, microscopically small particles of venom compared to which the pores in your skin are as big as barn doors that permit unrestricted access to your bloodstream. Already on their way into your arteries, these harbingers of death are heading straight for your heart.

Listen to yourself! Do you hear your accelerated heartbeat? Do you feel your fingers tingling slightly? Do you detect the chill creeping slowly up the veins in your arms? The tightening of your chest? The breathlessness? No? Not yet? Be patient, it will soon begin. Very soon.

What will this poison do to you when it reaches your heart? To be blunt, it will kill you – end your life here and now. The merciless toxin will paralyse your cardiac valves and check the flow of your blood once and for all. The medical term for this is
infarction
, but I find
cardiac buffoonery
more amusing. You will, perhaps, have time to clutch your chest in a histrionic manner and utter a bewildered cry before collapsing, but that’s all. Please don’t take this personally, though. You aren’t the carefully selected victim of a conspiracy. No, your murder by poisoning fulfils no purpose; it’s just as pointless as your imminent death. There’s no motive, either. You simply picked up the wrong book. Fate, chance, bad luck – call it what you will. You’re going to die, that’s all, so resign yourself!

Yes, there’s still a chance –
if
you follow my instructions without hesitation. This poison is a very rare contact poison whose effect is lethal only if a certain amount of it is absorbed. It all depends on how long you hold the book in your hands. The dose has been so precisely calculated that it will kill you only if you
read on to the next paragraph
! So lay this book aside at once if you consider it important to go on living! You’ll experience an accelerated heartbeat for only a while. Cold sweat will break out on your brow, your slight feeling of faintness will soon subside and then you can continue your barren, miserable existence for as many hours as fate still has in store for you. Goodbye for ever!

Well, my courageous friends, we’re on our own at last, for my blood is flowing in the veins of all whose hands are still holding this book. I, Optimus Yarnspinner, your true friend and companion, bid you welcome!

Yes, it was just a bluff. This book
isn’t
poisonous, of course. If I really want to kill my readers, I bore them to death with 260,000 pages of interminable dialogue about double-entry bookkeeping, as I did in my series of novels entitled
The House of the Norselanders
. I find that a subtler method.

First, however, I must sort the chaff from the wheat. Why? Because we can’t afford to take any ballast – any milksop readers who would tremble and lay the book aside at the very mention of danger – to the place we are bound for.

You’ve already guessed it, haven’t you, my intrepid brothers and sisters in spirit? Yes, it’s true, we’re going back to Bookholm. What’s that, you say? The
City of Dreaming Books
was burnt to the ground? Yes, it was indeed. It was devastated long ago by a pitiless inferno – of that, no one is more painfully aware than I. For I was there at the time. I saw with my own eyes how Homuncolossus, the Shadow King, set fire to himself and ignited the biggest conflagration Bookholm has ever undergone. I saw him descend into the catacombs like a living torch, there to unleash a firestorm that not only burnt down the buildings on the surface but ate deep into the bowels of the city. I heard the tocsins ring and saw the
Dreaming Books
reduced to sparks that danced among the stars. That was two hundred years ago.

Bookholm has been rebuilt since then. More splendidly than before, so it’s said, and furnished with even richer antiquarian treasures. These are reputed to have come from areas of the cata combs inaccessible until the fire opened them up. The city is now a vibrant metropolis dedicated to Zamonian booklore, a magnetically attractive place of pilgrimage frequented by literati, publishers and printers, and one compared to which the old Bookholm would seem like a second-rate, second-hand bookshop compared to a national library. Nowadays, as if it were a completely different place, the inhabitants self-confidently refer to the city as ‘Greater Bookholm’. How many fanatical bibliophiles would not be tempted to see for themselves the true grandeur and splendour of the new City of Dreaming Books that has arisen from the ashes?

But I myself am motivated by something considerably more compelling than mere touristic or bibliophilic curiosity. And you, my inquisitive and dauntless friends, would like to know what that is, wouldn’t you? Rightly so, for from now on we shall be sharing everything: joys and sorrows, perils and secrets, adventures and vicissitudes. We’re an exclusive band of brothers and sisters, you and I. Very well, I’ll tell you my reason, but I’d better admit right away that what sent me off on my life’s greatest adventure was nothing particularly original: merely a mysterious letter. Yes, just like before, on my first trip to Bookholm, it was a handwritten missive that started the ball rolling.