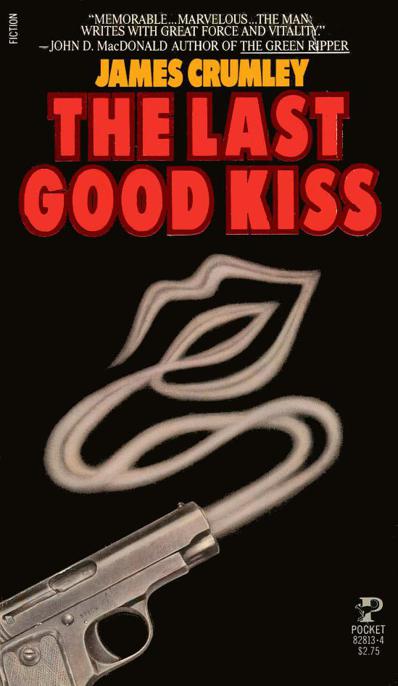 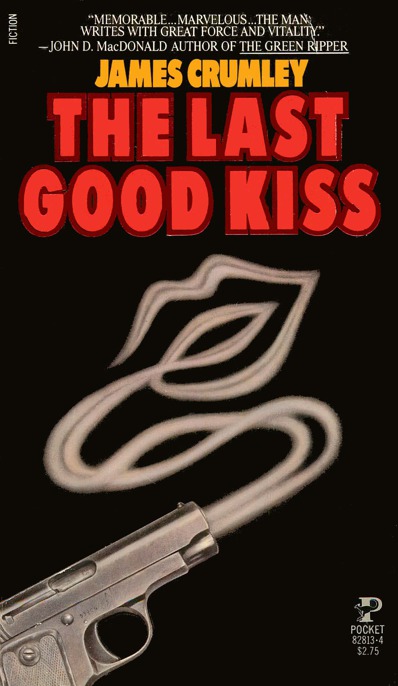 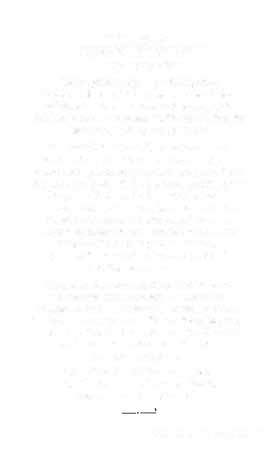 THERE WITH THE BEST!"

"H1zen !finally caught up with Abraham

Trahearne, he was drinking beer with an alcoholic

heart out of a fine spring afternoon ... "

search and began another-a search for a girl in

Sughrue has finally hit the big time, hunting down

daughter-whose path takes him careening from

Frisco's tenderloin to a Denver jail, from an

Oregon commune to an unmarked grave to the

middle of a pornographic nightmare ...

passing the time with a boozing poet and

a willing woman or two.

Ask the men who knew her, but never well

the friend who says she is ... But don't ask Sughrue

-who's putting his life on the line for87 bucks

and a passionate obsession for a girl

in a dog-eared photo.

"What Chandler did for Los Angeles

in the Thirties, James Crumley does for

the roadside West of today." 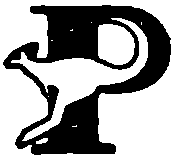 The lines from "Degrees of Gray in Philipsburg" are reprinted from The Lady in Kicking Horse Reservoir by Richard Hugo with the permission of W. W. Norton & Company, Inc. copyright© 1973 by Richard Hugo.

All rights reserved, including the right to reproduce

this book or portions thereof in any form whatsoever.

POCKET and colophon are trademarks of Simon & Schuster.

grand old detective of the heart

Say your life broke down. The last good kiss

you had was years ago. You walk these streets

laid out by the insane, past hotels

that didn't last, bars that did, the tortured try

of local drivers to accelerate their lives.

Only churches are kept up. The jail

turned 70 this year. The only prisoner

WHEN I FINALLY CAUGHT UP WITH ABRAHAM TRAhearne, he was drinking beer with an alcoholic bulldog named Fireball Roberts in a ramshackle joint just

outside of Sonoma, California, drinking the heart right

out of a fine spring afternoon.

Trahearne had been on this wandering binge for

nearly three weeks, and the big man, dressed in

rumpled khakies, looked like an old soldier after a long

campaign, sipping slow beers to wash the taste of death

out of his mouth. The dog slumped on the stool beside

him like a tired little buddy, only raising his head

occasionally for a taste of beer from a dirty ashtray set

Neither of them bothered to glance at me as I slipped

onto a stool between the bulldog and the only other two

mechanics who were discussing their lost unemployment checks, their latest DWI conviction, and the probable location of a 1957 Chevy timing chain. Their

knotty faces and nasal accents belonged to another

Fleeced by Hazel Edwards
Darkness Falling: Soldiers and Slaves by R. R. Willica
Nine Horses by Billy Collins
Helen Hath No Fury by Gillian Roberts
The Battered Heiress Blues by Van Dermark, Laurie
Dare to Love (Young Adult Romance) by Naramore, Rosemarie
Leah's Triplet Mates by Cara Adams
Carnations in January by Clare Revell
Confessions of a Scary Mommy: An Honest and Irreverent Look at Motherhood: The Good, the Bad, and the Scary by Jill Smokler
The Glorious Cause: The American Revolution, 1763-1789 by Robert Middlekauff
Our partner