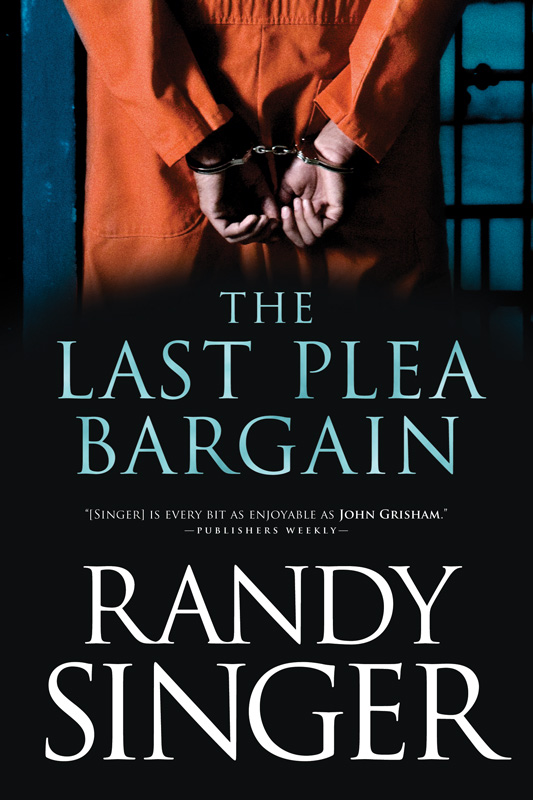 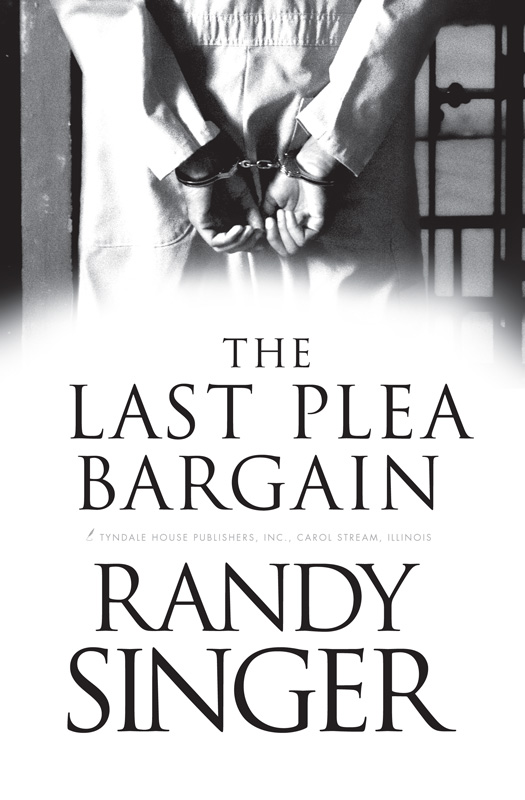 “Singer's legal knowledge is well matched by his stellar storytelling. Again, he brings us to the brink and lets us hang before skillfully pulling us back.”

“Get ready to wrestle with larger themes of truth, justice, and courage. Between the legal tension in the courtroom scenes and the emotional tension between the characters, readers will be riveted to the final few chapters.”

“Randy Singer never disappoints, [and]
False Witness
is not just your typical legal thriller. Singer expertly combines elements of suspense, action, and intrigue into an explosive combination that really delivers.”

“Randy Singer is masterful at combining the action and suspense aspects of the novel with the scenes of legal maneuvering.”

“A book that will entertain readers and make them thinkâwhat more can one ask?”

on
The Justice Game

“Singer artfully crafts a novel that is the perfect mix of faith and suspense.Â .Â .Â . [
The Justice Game
is] fast-paced from the start to the surprising conclusion.”

“At the center of the heart-pounding action are the moral dilemmas that have become Singer's stock-in-trade.Â .Â .Â . An exciting thriller.”

“Readers will be left on the edge of their seats by Singer's latest suspense-filled thriller.”

“Singer hooks readers from the opening courtroom scene of this tasty thriller, then spurs them through a fast trot across a story line that just keeps delivering.”

“[A] legal thriller that matches up easily with the best of Grisham.”

“
Directed Verdict
is a well-crafted courtroom drama with strong characters, surprising twists, and a compelling theme.”

This novel is a work of fiction. Names, characters, places, and incidents either are the product of the author's imagination or are used fictitiously. Any resemblance to actual events, locales, organizations, or persons living or dead is entirely coincidental and beyond the intent of either the author or the publisher.

whose unrelenting pursuit of justice inspired this book.

Your father was a good man.

The paramedics arrived with a speed that surprised Caleb Tate. He met them at the front door of his seventy-five-hundred-square-foot mansion, a house on a large hill in the middle of Atlanta's illustrious Buckhead area. His friends called it “the house that murder built.” Caleb Tate was, after all, one of the most notorious defense attorneys in the city of Atlantaâa reputation he had carefully nurtured his entire professional career.

He let the team in and breathlessly provided them with details as they followed him up the winding staircase, two steps at a time. The paramedics struggled to keep up, dragging their oxygen masks and defibrillators and other life-sustaining equipment. Adrenaline pumped through Caleb's body, and he felt as if this whole thing were a nightmare, a scene from a horror movie.

He rushed through the door of the bedroom and stepped aside, his body trembling as he took in the scene as if seeing it for the first time. His wife was sprawled in the middle of the floor, a scoop-neck sleepshirt twisted around her body.

He had lifted her from the bed, placed her on the carpet, and started CPR, tilting her head back and blowing in a breath. She had gurgled and vomited, the night's supper spilling down her cheek and matting her brown hair. He had cleaned her face with her sleepshirt, moved her head to the side, and used two fingers to clear out her throat. Then he'd tilted her head back again and resumed CPR, frantically pumping her chest with the heels of his hands and blowing deep breaths into her lungs. He'd counted out loud, slowing himself down. He kept checking for a pulse. He fought the urge to panic.

When his efforts proved unavailing, he had called 911. He knew it would be too late.

“You might want to step out in the hallway,” an older paramedic said. He was kneeling next to Rikki and had a calm and efficient way about him, as if he might simply be putting a splint on a broken leg.

The team hooked up the defibrillator, but the readout said, “No shock advised.” They stuck a tube down Rikki's throat, and a machine began pumping breath into her.

“You really need to wait outside.” The man was more emphatic this time. He was a big guy with receding gray hair.

But Caleb
couldn't
move. His feet were in concrete, and the room was starting to spin.

“I need to stay,” he insisted, his voice soft and distant. He could hear the sirens from other vehicles pulling into the driveway. Blue strobe lights pulsed through the windows. Police officers rushed up the stairs, and another set of paramedics arrived. Before Caleb knew what was happening, the house was swarming with rescue personnel. Somebody gently led him into the hallway, and the questions started flying. When did you find her? Has she had any health problems? What medications was she taking? How long were you gone?

Haltingly, Caleb explained that he had been at a friend's house to watch a couple of March Madness games. He had crawled into bed next to Rikki and asked her a question, jostling her when he received no answer. He had reached over and touched her again and realized that her skin was cold and she wasn't breathing. From there it was all a blurâjumping out of bed, doing CPR, calling for help.

He didn't know how long the paramedics worked on her before the older gentleman came into the hallway with a grim look. “I'm sorry,” he said. “We've done everything we can.”

Caleb felt his legs start to buckle, and he grabbed a police officer's arm. They helped him to the floor, and he placed his head between his knees to catch his breath.

“This can't be happening,” he said.

“I'm sorry,” one of the officers mumbled.

After a few moments, Caleb managed to rise slowly to his feet and regain some semblance of the composure that made him such a formidable force in the courtroom. He glanced toward the bedroom door and headed for it.

A female officer stepped in front of him. “I don't think you should go in there,” she said.

He pushed her gently aside. “It's my house.”

He stopped at the doorâthe room was littered with medical equipment. Police officers were taking pictures and milling around as if it were a crime scene. At least a half-dozen people froze and looked at him.

“I need a moment alone with my wife.”

He walked to his wife and straightened her sleepshirt, covering more of her exposed body. He pulled the comforter from the bed and laid it over her, tucking it in around her shoulders and underneath her heels. He pushed her hair out of her face and was shocked at how much she had already changed. The pallor of her skin. The lifeless stare of her eyes. Her mouth open in what seemed like an awkward grasp for a final breath. The paramedics had already removed the tubes.

He thought about the pictures the police had taken, and he knew that the pictures would be leaked and would make their rounds on the Internet. But there was nothing he could do about that now.

Rikki Tate, wife of infamous criminal-defense attorney Caleb Tate. A showgirl in life. She would also be a showgirl in death.

Caleb felt a hand on his shoulder. “I'm sorry, Mr. Tate, but we need to ask you a few more questions.”

Caleb stood and met the officer's stare. He couldn't remember the guy's name, but he had cross-examined this man at least once or twice. Now the shoe would be on the other foot.

Caleb was a realist. He knew he had enemies at every level of law enforcement in the city of Atlanta. And he also knew that as soon as the autopsy results came in, he would be their first and only suspect.

Caleb would cooperate fully. He followed the officer into the hallway and down the stairs to the dining room. He answered every question, fighting off the numbness and fatigue as the reality of the night's events began to sink in. Rikki was dead, and she was never coming back. So young. So much potential. So relentlessly determined to make something of her life. So committed to her newfound faith.

None of that would matter now. It would all be lost in the swirl of rumors surrounding the drugs they would find in her body. It was an American tragedy, plain and simple.

Sweet Torture (Fated for Love) by Quince, Ella J.
Black Widow by Nikki Turner
Sleigh Ride Together with You by JoAnn Durgin
Rumors of Peace by Ella Leffland
The Inquisitor by Peter Clement
The Monkey Wrench Gang by Edward Abbey
By Death Divided by Patricia Hall
Some Like It Lethal by Nancy Martin
ARC: The Buried Life by Carrie Patel
Mother Knew Best by Dorothy Scannell
Our partner