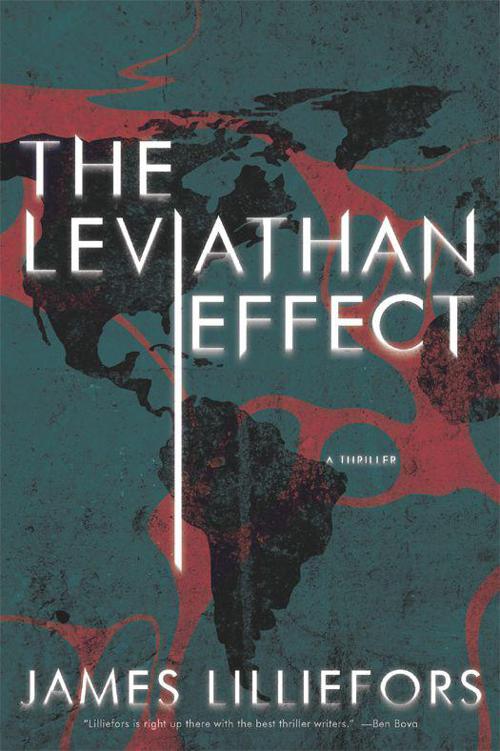 This is a work of fiction. The characters, dialogue, and incidents depicted are a product of the author’s imagination. Any resemblance to actual events or persons, living or dead, is entirely coincidental.

Dedicated to the victims of natural disasters

“Intervention in atmospheric and climatic matters will … unfold on a scale difficult to imagine at present. Such actions would be more directly and truly worldwide than recent, or presumably future, wars, or the economy at any time. All this will merge each nation’s affairs with those of every other, more thoroughly than the threat of a nuclear or any other war would have done.”

“Current technologies that will mature over the next thirty years will offer anyone who has the necessary resources the ability to modify weather patterns and their corresponding effects.… The technology is there, waiting for us to pull it all together.”

“May those who curse days curse that day, those who are ready to rouse Leviathan.”

D
R
. A
TUL
P
RADHAN HAD
just poured himself a cup of black tea when he heard what he thought was distant thunder. He glanced up curiously, saw the bright, cloudless blue sky through the second-story windows, observed the motionless leaves of the betel palms, and decided that he had been mistaken.

But as he went to lift his tea cup, he heard the sound again. And then he began to feel it; shaking the floor boards beneath his feet, rattling the bone china cup against the saucer.

Dr. Pradhan set his cup on the credenza and stepped out onto the teak-wood deck. He leaned on the rail of the colonial-style apartment house and saw the commotion below: people running chaotically, shouting. He looked where they were pointing—toward the blaze of sunlight to the southeast, and the palm-lined road that stretched to the long tourist beaches at Cox’s Bazaar—and he saw the crest of the first wave.

Dr. Pradhan stumbled back inside and closed the door. He stared at the tidy stack of textbooks on the Chinese oak table; his notebook opened beneath a reading lamp to a chart of twentieth-century weather patterns in the Bay of Bengal; the framed photograph of his wife and two grown daughters, taken on a mountainside in Southern India three years earlier. Beethoven’s Sixth Symphony still played on the stereo.

At 8:22, Dr. Pradhan felt the floor boards shaking again, violently
this time, and he staggered to the window of his rented room. The sky suddenly darkened, and then he saw the second wave—this one much larger, at least fifty or sixty feet tall, he guessed, taking down trees and utility poles and beach shacks as it raced toward his building.

On the streets below, people stood waist deep in seawater now, many of them screaming. He heard a man shout, “God help us!” three times. Already, bodies floated on the receding waters.

Several blocks to the east, a four-story apartment collapsed against the rushing water.
It will take down this building, too
, Dr. Pradhan thought.
It will take down all of these buildings. Everything along this shoreline will be swept away
.

Still, when it happened, at 8:29, the suddenness was stunning—the wood and plaster crumbling beneath him, the furious rush of cold and greasy water flushing him with it. That was when Dr. Pradhan thought about who had sent him here—the man he was scheduled to meet that afternoon. The American.

And then, for several seconds, it seemed that he might be safe. Dr. Pradhan opened his eyes, gasping for air. He felt his face bobbing like a buoy above the current. Tasted the cold, salty water and the warm air as he kicked his legs.

He looked up for a moment, just before the next wave took him under, and saw a white sea bird flapping frantically into the cloudless blue sky.

It was the last thing that Dr. Atul Pradhan would ever see.

W
HEN
you
AGREE TO
serve at the pleasure of the most powerful man in the United States, you enter into a contract of unspecified duration and largely unstated terms. You join an elite team with only fifteen members, chosen for your experience and expertise, although everything you do during your tenure will be seen as a reflection of the man you serve. Many strong-willed and highly talented leaders have become disillusioned by the degree of scrutiny, public criticism, and compromise that go with the job.

The trade-off is that, for a short bridge of time, you have the opportunity to help shape your country’s history. What you make of this opportunity depends on myriad factors, some of which you control, many of which control you.

Catherine Blaine understood all of this when she agreed to accept a Cabinet post in the administration of President Aaron Lincoln Hall. It was, to people who knew her, a surprising decision—even more surprising than President Hall offering her the job. Blaine was independent-minded and had been, at times, famously outspoken. Although she’d served nearly five years in Congress, she had a low tolerance for Washington’s political machinery—its blind partisanship and storied inefficiency, in particular. On the other hand, she was a three-star general’s daughter who believed in the principles of service and loyalty. She began the job with the measured enthusiasm that most Cabinet members carried to Washington—a belief that she could bring something new to the post, that she would seize her opportunity and make a difference.

The first seven months of Catherine Blaine’s term as secretary of Homeland Security had been unexceptional, marked by modest achievements and often weighted down by minor disappointments and frustrations.

But on the afternoon of Sunday, October 2, all of that began to change.

As the rotor blades of the UH-60 Black Hawk stopped spinning, Catherine Blaine hopped down from the right side of the helicopter cabin and loped across the asphalt parking lot of the mountain heliport, two paces behind her press secretary, Lila Hernandez, to a waiting Town Car limousine. The rains had finally stopped and the flood waters were receding, but the steel-gray skies were still thick with moisture, the trees all dripping rain.

Blaine and Hernandez had just taken an aerial tour of a flood-engorged valley with the governor and several state emergency management officials, after a brief press conference at the capitol. They were now being whisked back to the airport, where Blaine would make a quick statement for the cameras and then board a plane to Washington.

Jamie Griffith, Blaine’s chief of staff, was waiting in the limousine, typing on his laptop. Hernandez slid in first, followed by Blaine. Hernandez immediately pulled out her mobile to check messages.

“How was it?” Jamie asked, without looking up.

“Familiar,” Blaine said. The car began to move. “Dozens of homes lost. A couple hundred people will be sleeping on cots in the high school gymnasium tonight.”

“At least we have some positive news.”

“Yes.”
At least
. Blaine watched the waterlogged landscape while the Town Car climbed the rough, mountain road: Wood-frame houses set back in the sparse, shedding woods. Cars on cinderblocks. Old appliances in a clearing. A depressed area before, made much worse by the flooding.

There was a primal beauty to this hill country, though, that Blaine understood. Even after spending years in the belly of Washington politics, after teaching political science and foreign policy at Princeton and Georgetown, she was still a mountain
girl at heart, raised in the foothills of western North Carolina. These long, misty mountain vistas awakened an irresistible emotion in her.

She was here today as the face of the federal government, and as a bearer of good news—the promise that tens of millions of dollars in Federal Emergency Management Administration aid would be distributed to homeowners and renters devastated by the floods.

Homeland Security, which oversaw FEMA, was, by definition, charged with the overall safety of US citizens and soil. It was a broad definition, encompassing everything from airport security to border patrols to natural disasters. DHS was a branch of government that hadn’t existed before March 1, 2003, its creation part of the reaction to the 9/11 attacks. With two hundred thousand employees, Homeland Security was now the third largest Cabinet department, after Defense and Veterans Affairs. Often its duties overlapped those of other Cabinet agencies.

The Long Wait for Tomorrow by Joaquin Dorfman
Christmas in Whitehorn by Susan Mallery
BLOOD GURKHA: Prophesy (James Pace novels Book 5) by Andy Lucas
Dreamfire by Kit Alloway
The Grass Widow by Nanci Little
Damned If You Do by Marie Sexton
The Tithe That Binds by Candace Smith
A Christmas Gambol by Joan Smith
When Happily Ever After Ends by Lurlene McDaniel
Counting on Love (Contemporary Cowboy Romance) (Carson Hill Ranch series: Book 3) by Rose, Amelia
Our partner