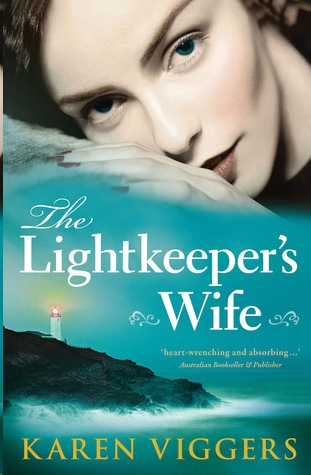 Karen Viggers was born in Melbourne, and grew up in the Dandenong Ranges riding horses and writing stories. She studied veterinary science at Melbourne University, and worked in mixed animal practice for seven years before completing a PhD at the Australian National University. Since then she has worked on a wide range of Australian native animals in many different wild places, including Antarctica. She lives in Canberra with her husband and two children. Her first novel,
The Stranding
, was published in 2008. You can find out more about Karen’s books at
www.karenviggers.com

A
LSO BY
K
ARE
N V
IGGERS

Cataloguing-in-Publication details are available
from the National Library of Australia
www.librariesaustralia.nla.gov.au

an inspirational and compassionate woman

My life was wide and wild,
and who can know my heart?
There in that golden jungle
I walk alone.

She was in the kitchen when it came—a loud rap on the door that bounced down the hallway, off the floorboards, the hat stand, and ricocheted through the sliding doors into the kitchen. Wiping the table, she was in another world, remembering how it was to walk the wild beaches of Bruny Island.

The knock jolted her back to the present. It added fifty years to her body, reminded her she was old. She jerked in the middle of a circular sweep, sending a shower of crumbs to the floor. These days few people came to her house unexpected.

She retrieved her walking stick and shuffled down the hall. Through the frosted window she could see a silhouette—someone looking for a donation, no doubt. She twisted the locks and opened the door.

It was a hunched old man in a dark blue suit with a crooked tie. He had a craggy face and for a moment, she thought she knew him—from the bowls club, perhaps. Or Jan’s church. Or maybe the opportunity shop. But at their age, everyone seemed similar. Only the details of their problems differed.

He shifted, and something about the way he tilted his head and pawed at his hair halted her. She grasped the door and leaned there breathless, heart battering in her chest.

What was he doing, turning up where he wasn’t welcome? And why had he come? Staring at her with those washed-out blue eyes that hadn’t lost their intensity over the years. She dropped her stick and swung away.

‘Mary.’ His voice was a rasp. Old and worn out, like the rest of him. He extended a hand, and she was too shocked to push him away. Did he really think he could help her? One old spindle trying to prop up another. She glared at him and was once again aware of the panicked fluttering of her heart. It had never been this bad before. The doctor had said she must avoid shocks like this. Death was supposed to be the last surprise.

Uninvited, he put his hand on her shoulder and turned her into the house. She was too overwhelmed and appalled to protest. His proximity frightened her. He smelled of old age. Sour. The stale odour of clothes washed too infrequently. Pungent breath. He hadn’t smelled like that the last time she saw him—then he had about him an aroma of nutmeg and cloves.

Following the direction of her nod, he guided her down the hallway. In the kitchen, he scraped out a chair and lowered her into it. Then he sat down opposite and studied her.

She wouldn’t have recognised him if they had passed in the street. But then, who would look at
her
now and know she was Mary Mason? Of course, she’d never been pretty in the conventional white-skinned, delicate way. But she had been vibrant and colourful. Her body had been strong, firm and muscular. She’d been able to do things other girls couldn’t, like lift hay bales and milk cows. She’d been alive in her skin. It was a feeling she missed every day. She slumped against the table, remembering her younger self. This man knew her from that time.

He was still watching her, his eyes trying to reach into her mind. But she held him out. Her thoughts were no longer his to inspect. Looking back, she cursed the past weakness that had led her to this moment. She, who had prided herself on being so strong.

‘What do you want?’ she asked, her mouth flattening.

He regarded her with expressionless eyes and brushed again at his thin grey hair—a gesture that took her back to the day she first met him. Now he unbuttoned his jacket, took out a white envelope and laid it on the table. Mary’s heart began to tumble.

‘What is it?’ There was panic in her fingers, a tingling in her chest.

They both looked at the envelope, still partly covered by his leathery hand.

‘You know what it is, Mary.’ His voice was little more than a whisper. He leaned forward and stared at her. ‘I want you to give it to him.’

She clawed at the edges of the table, trying to stand. ‘I won’t do it. It’s best he doesn’t know.’

The old man laughed hollowly. ‘You choose the time, Mary. But you can’t erase me. I exist. I could have made things much more difficult.’

He stood and pushed in his chair. The letter remained on the table.

A thin smile split his lips. ‘But you won’t, Mary. You’ve had things your way for so long. Now this is for me. It’s something I need.’