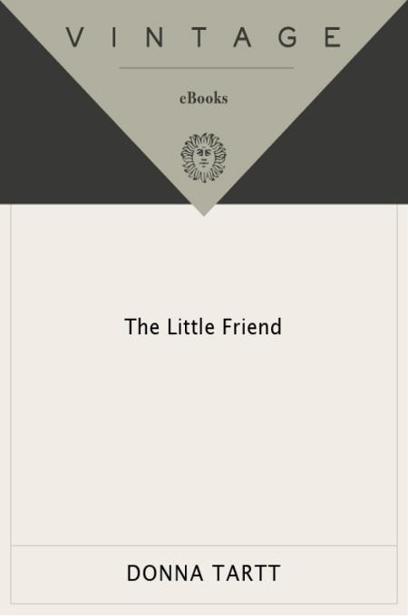 “The work of a born storyteller … wonderfully ambitious.”

“[Tartt] is simply a much stronger, richer, deeper writer than just about any other realist of her generation, Southern or not.”

“I read it in a single day because I couldn’t stop.… Her artistry is flawless.”

“A powerhouse story.… From its darkly enticing opening … we are held spellbound.… Tartt is a sophisticated yarn-spinner.… Breathtaking.”

“A terrific story.… Tartt etches each of these characters with indelible assurance.”

“A lush and old-fashioned evening gown of a book.… The prose is rich, elaborate, and elegantly controlled.”

“If you don’t fall smack-bang in love with Harriet Cleve Dufresnes, you’ve got a cement heart.… Tartt makes fiction read like fact.… Her writing is great like a song. You memorize it without realizing.”

“An emotional and romantic page-turner.… Engrossing.… The reader is drawn … immediately into the lives of these characters.”

“Tartt generates a narrative of nearly unbearable tension as she poses questions of ethics and morality.… This is the novel we’ve been waiting for.”

“
The Little Friend
is a sprawling story of vengeance, with few wasted words told in a rich, controlled voice that can come only from long effort, which doesn’t show ostentatiously on the page.”

“A dark tale of lost innocence populated by a cast of characters that would make Flannery O’Connor proud.”

“A rich study of race, class and family with a sprawling cast of characters.”

“A gut-thumping story of a little girl seeking a measure of understanding and well-deserved revenge.… A deeper exploration of the dark manner in which the past never leaves us alone.”

“This is a true Southern novel—rooted in and wrung out of a background that allows it to qualify as a very fine book.”

“The dense, steamy mood of a small-town Mississippi summer blends together beautifully with Tartt’s extraordinarily patient evocation of the inwardness of twelve-year-old Harriet Cleve.… Tartt writes with confident mastery.… A carefully layered portrait of a remarkable girl’s chrysalis summer.”

The Secret History
The Little Friend

Vintage is a registered trademark and Vintage Contemporaries and colophon are trademarks of Random House, Inc.

Ladies and gentlemen, I am now locked up in a handcuff that has taken a British mechanic five years to make. I do not know whether I am going to get out of it or not, but I can assure you I am going to do my best.

For the rest of her life, Charlotte Cleve would blame herself for her son’s death because she had decided to have the Mother’s Day dinner at six in the evening instead of noon, after church, which is when the Cleves usually had it. Dissatisfaction had been expressed by the elder Cleves at the new arrangement; and while this mainly had to do with suspicion of innovation, on principle, Charlotte felt that she should have paid attention to the undercurrent of grumbling, that it had been a slight but ominous warning of what was to come; a warning which, though obscure even in hindsight, was perhaps as good as any we can ever hope to receive in this life.

Though the Cleves loved to recount among themselves even the minor events of their family history—repeating word for word, with stylized narrative and rhetorical interruptions, entire deathbed scenes, or marriage proposals that had occurred a hundred years before—the events of this terrible Mother’s Day were never discussed. They were not discussed even in covert groups of two, brought together by a long car trip or by insomnia in a late-night kitchen; and this was unusual, because these family discussions were how the Cleves made
sense of the world. Even the cruelest and most random disasters—the death, by fire, of one of Charlotte’s infant cousins; the hunting accident in which Charlotte’s uncle had died while she was still in grammar school—were constantly rehearsed among them, her grandmother’s gentle voice and her mother’s stern one merging harmoniously with her grandfather’s baritone and the babble of her aunts, and certain ornamental bits, improvised by daring soloists, eagerly seized upon and elaborated by the chorus, until finally, by group effort, they arrived together at a single song; a song which was then memorized, and sung by the entire company again and again, which slowly eroded memory and came to take the place of truth: the angry fireman, failing in his efforts to resuscitate the tiny body, transmuted sweetly into a weeping one; the moping bird dog, puzzled for several weeks by her master’s death, recast as the grief-stricken Queenie of family legend, who searched relentlessly for her beloved throughout the house and howled, inconsolable, in her pen all night; who barked in joyous welcome whenever the dear ghost approached in the yard, a ghost that only she could perceive. “Dogs can see things that we can’t,” Charlotte’s aunt Tat always intoned, on cue, at the proper moment in the story. She was something of a mystic and the ghost was her innovation.

But Robin: their dear little Robs. More than ten years later, his death remained an agony; there was no glossing any detail; its horror was not subject to repair or permutation by any of the narrative devices that the Cleves knew. And—since this willful amnesia had kept Robin’s death from being translated into that sweet old family vernacular which smoothed even the bitterest mysteries into comfortable, comprehensible form—the memory of that day’s events had a chaotic, fragmented quality, bright mirror-shards of nightmare which flared at the smell of wisteria, the creaking of a clothes-line, a certain stormy cast of spring light.

Sometimes these vivid flashes of memory seemed like pieces of a bad dream, as if none of it had ever happened. Yet in many ways it seemed the only real thing that had happened in Charlotte’s life.

The only narrative she could impose upon this jumble of images was the narrative of ritual, changeless since she was a child: the framework of the family gathering. But even this was little help. Procedures had been scorned that year, household rules ignored. Everything, in retrospect, was a signpost pointing to disaster. The dinner had not been at her grandfather’s house, as it usually was, but at hers. Corsages of cymbidium orchid instead of the usual rosebuds. Chicken croquettes—which everyone liked, Ida Rhew made them well, the Cleves ate them for birthday suppers and on Christmas Eve—but they’d never had them before on a Mother’s Day; had never had anything, as far as anyone could remember, except snap peas, corn pudding, and ham.

Stormy, luminous spring evening; low, smudged clouds and golden light, dandelions and onion-flowers spangling the lawn. The air smelled fresh and tight, like rain. Laughter and talk within the house, the querulous voice of Charlotte’s old aunt Libby rising high and plaintive for a moment: “Why, I never did any such thing, Adelaide, I never did any such thing in the world!” All the Cleves loved to tease Aunt Libby. She was a spinster, afraid of everything, of dogs and thunderstorms and fruitcakes made with rum, of bees, Negro men, the police. A fast wind jangled the clothesline and blew the tall weeds flat in the empty lot across the street. The screen door slammed shut. Robin ran outside, shrieking with laughter at a joke his grandmother had told him (Why was the letter damp? Because it had
postage due
), jumping down the steps two at a time.

There should have been, at the very least, someone outside watching the baby. Harriet was less than a year old then, a heavy, somber infant with a headful of black hair who never cried. She was on the front walk, strapped in her portable swing that went back and forth if you wound it up. Her sister Allison, who was four, played quietly with Robin’s cat, Weenie, on the steps. Unlike Robin—who, at that age, had talked incessantly and hilariously in a gravelly little voice, tumbling to the ground with merriment at his own jokes—Allison was shy and skittish, and cried when anyone tried to teach her the
ABCs; and the children’s grandmother (who had no patience for such behavior) paid little attention to her.

Aunt Tat had been outside early on, playing with the baby. Charlotte herself, running back and forth between kitchen and dining room, had stuck her head out a couple of times—but she hadn’t kept a very close watch because Ida Rhew, the housekeeper (who had decided to go ahead and get a start on her Monday washing) was in and out of the house, hanging clothes on the line. Charlotte had been falsely soothed by this, for on normal washday, Monday, Ida was within constant earshot—whether in the yard or at the washing machine on the back porch—so that it was perfectly safe to leave even the littlest ones outside. But Ida was harried that day, fatally harried, with company to tend to and a stove to watch as well as the baby; and she was in a foul temper because usually she got to go home at one o’clock on Sundays and not only was her husband, Charley T., having to get his own dinner, but she, Ida Rhew, was missing church. She had insisted on bringing the radio into the kitchen so she could at least listen to the gospel show from Clarksdale. Sullenly she moved around the kitchen in her black dress uniform with the white apron, the volume of the gospel program turned obstinately loud, pouring iced tea into tall glasses as the clean shirts out on the clothesline flailed and twisted and threw up their arms in despair at the coming rain.