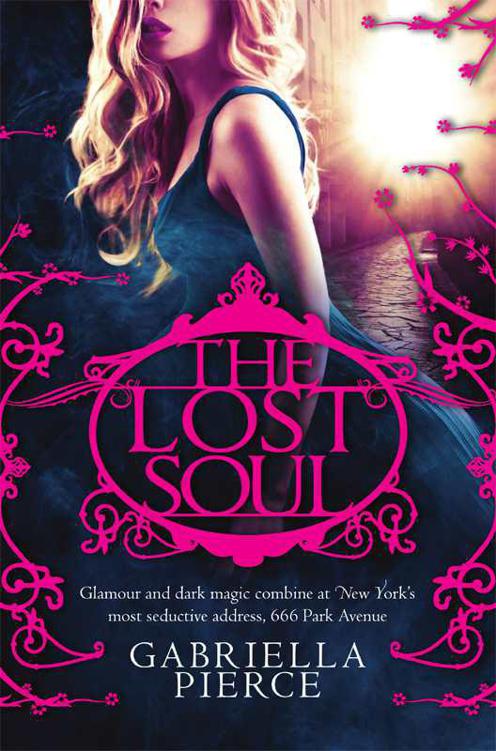 Gabriella Pierce
is an American living in Paris with her two dogs. This is her third novel.

‘Full of twists and turns that will leave you begging for more.’

‘If you’re looking for a taste of New York glitz and glamour, pick this up.’

‘A wonderful read, with some great characters and a bit of raunchiness thrown in. What’s not to like?’

‘The novel was just excellent. I can’t wait to read
The Dark Glamour
and
The Lost Soul
, as it’s a fab new series.’ 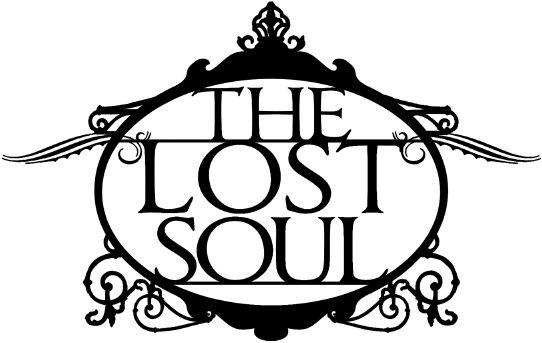 First published in the US by William Morrow,

an imprint of HarperCollins Publishers US, New York, 2013

First published in the UK by Canvas,

The right of Alloy Entertainment to be identified as the author of this work has been asserted by them in accordance with the Copyright, Designs & Patents Act 1988.

A copy of the British Library Cataloguing in Publication

Data is available from the British Library

H
ER FIRST THOUGHT
was that the flame was beautiful. Brighter than bright against the dark, dusty air, it seemed like a living thing. Jane wanted to touch it, hold it in her hand, feel its intentions against her skin. But as she leaned forward, a dark, heavy shape beside her shifted, then jerked, then seemed to grow impossibly large. She didn’t see the sharp, flashing hooves until one of them glanced across her side, knocking the wind out of her.

Billy?
The gentle old horse, her only real friend in this cold, unwelcoming place, had become completely transformed by rage and fear. Air returned to her lungs in a painful rush, and she let out a choked sob. Billy’s eyes rolled toward her in panic and he shied again, twisting on his tether and lashing out angrily with his hooves at the wall behind him.

She opened her mouth to calm him down – animals had always listened to her better even than to their own masters – but then she realized what he saw. In the few seconds she had been dazed from his kick, her tongue of flame had blossomed into a small tree, and it was still growing.
Too fast. Far too fast
. It reached out to her with hungry hands, spitting a furious heat into the air of the barn. Somewhere behind its shower of sparks, Billy let out a frightened, high-pitched scream, and Jane felt a matching one tear its way out of her own throat. The far walls were catching fire, and she felt the skin on her legs redden and blister as the tendrils of flame crept across the rough planks of the floor.

There had been a door, she remembered dimly. She had come inside, out of the bald daylight and into the dark privacy of the barn to think about her secret. If she had walked in, couldn’t she walk back out again? Jane shrank back from the pressing flames, her fingers scraping against the unfinished wood of the wall. She felt her way along it, ignoring the prickling in her fingers and palms as splinters detached and stuck to them. She could pull those out later, but she knew from her last home that fire gave no second chances. She heard a scream, low pitched, a man’s, from deep inside the barn. Mr. Waller. Had he been milking the cows on the other side? She couldn’t remember now. Faces danced before her in the shifting gold-and-red glow. Her new parents, her new sisters, her new start – as unreal now as if she had only ever dreamed it all.

Then her fingers found a beam of wood that stood out from the rest. She held her breath, her singed lungs straining in surprise. Beyond the beam was empty space. Closing her eyes, she thought the only prayer she knew and rolled her body forward. Cool, fresh air caressed her skin, though she could still feel the menacing oven of the barn breathing onto her neck.

Calloused hands grabbed her by the shoulder, and she blinked her eyes open, bleary from the soot stuck to their lashes. Mrs. Waller was staring down at her, her face contorted in rage. ‘Where’s John?’ she shouted, gripping Jane’s shirt collar and yanking her off the ground. ‘Annette, you stupid thing, tell me – is he still inside?’ Jane could sense more than see other people approaching from the house. ‘Tom, check the other side; forget the horse and look for your father. Lucy, run next door and get help.’ She turned back to Jane, her deep-set blue eyes boring into hers. She raised her hand, and it moved down in slow motion, knocking Jane onto the ground as it connected with her face. Hot fire shot through her cheek and seemed to settle inside her skull. ‘Devil girl,’ Mrs. Waller cried. ‘We should have never taken you in. You may have just killed my husband.’

Jane’s eyes flew open with a start. She blinked in confusion at the rectangle of orange light above her, struggling for a moment to remember who and where she was. Jane Boyle, her brain volunteered eventually. Lying in bed, staring up at the skylight, in the apartment off Washington Square Park.

Staring at the orange city haze, she felt a brief longing for the open sky in her dream, for a place where streetlights didn’t crowd out the billions of stars.
But those places don’t have Saks or Magnolia Bakery cupcakes, so
. . . They had painful histories and haunting secrets instead: hers, and Annette Doran’s as well, if her recent nightmares were to be believed. Jane had been having these strange dreams ever since her showdown with Annette a week ago . . . dreams that seemed suspiciously like Annette’s memories. But the dreams couldn’t be real, could they?

Jane blinked the sleep out of her eyes and sat up in bed. Annette Doran had spent most of her life in the British foster-care system as Anne Locksley, an amnesiac who was plagued by mysterious fires. It wasn’t until Jane had intervened that Annette learned she was actually the long-lost daughter of one of the richest families in New York . . . and the last in a long line of incredibly powerful witches. Jane had set out to reunite Annette with her mother, Lynne Doran, who also happened to be Jane’s former mother-in-law – and her mortal enemy. Jane thought that by doing Lynne this service, she’d be safe from her magical wrath.

But Jane was horribly mistaken. By the time she learned that Lynne’s plans for her daughter were far more sinister than she could ever have imagined, Lynne had convinced the girl that Jane was the enemy. Annette had attacked before Jane could clear things up, her uncontrolled magic burning down the top three floors of the Dorans’ Park Avenue mansion as she had burned down many buildings before.

Jane glanced up at the skylight; it was too early for signs of daylight, but she felt certain she wouldn’t be able to fall asleep again before it really was morning. She swung her legs over the side of her bed, testing her balance on the edge of the white rug. Her right leg had been pinned under a billiard table during the struggle with Annette and still felt deeply sore. She poked at its bandage, trying to remember the last time she had applied a new poultice.

She eased herself out of bed and padded toward the kitchen, wishing Dee were here to whip up one of her signature breakfast spreads. The two friends had shared this apartment for a brief time, but Jane knew it wasn’t safe for Dee to be around her right now. She’d insisted that Dee stay with the Montague witches, the closest thing Jane had to magical allies. Now she was completely alone in the apartment – and she was sick of hiding.