Read The Man Who Killed Online

The Man Who Killed 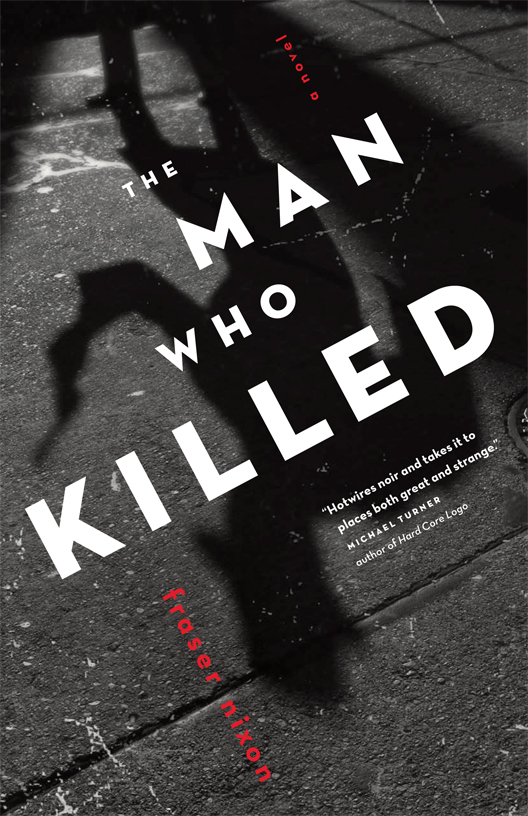 THE MAN WHO KILLED

All rights reserved. No part of this book may be reproduced, stored in a retrieval system or transmitted, in any form or by any means, without the prior written consent of the publisher or a licence from The Canadian Copyright Licensing Agency (Access Copyright). For a copyright licence, visit
www.accesscopyright.ca
or call toll free to 1-800-893-5777.

T
HE ASSERTION IS made that since Noah came out of the Ark, never have so many new and mysterious things been presented in a single evening's performance as Houdini, the world famous magician and mystifyer will offer when he appears at the Princess Theatre for his engagement of one week beginning Monday evening. There will not be a dull moment in the whole entertainment, it is promised, and the mysteries will not only astonish and bewilder but they will enthuse as well, for the charm of newness applies to the entire programme.

Houdini's production for his evening's entertainment is something so new, so big, so compelling that one cannot possibly conceive in advance. It can truthfully be said that it is the most novel and wonderful entertainment ever presented within the realm of the theatre. It will sweep you off your feet and transport you to a land you never knew existed.

J
ACK WAS LATE. The silver hunter my father had given me was gone, pawned for fifty dollars a fortnight past, but the clock by
the river read half past six. I fished into an inside coat pocket for my cigaret case, the next to go for the needful. Inside were three Forest and Streams. With a sparked vesta I lit one, smoked, waited, cursed Jack and his ways. A rat slouched along the stone walls by the pier. Porters sweated by. Stevedores pulled barrels down from loading cranes and trundled them about. River gulls circled and screamed over the septic stink. Ranked grain elevators nearly hid the tower clock; five more minutes passed. Five more after that'd be forty minutes I'd waited. Goddammit. With an invisible .22 I drew a bead on the rat's head. Vermin were loaded with bacilli. No clean things around the harbour. My fingers dropped the smouldering fag end, adding it to the general filth. To my left a long freight train ground by, vomiting black coalsmoke from a bent funnel, the engine's whistle howling agony. Automobiles in low gear whined and sounded their horns at slow horses straining at harness, dragging wagonloads uphill over cobblestones. Second-to-last cigaret. Let the matchwood burn to the quick and crush the charcoal under my boot. This is who I am. The sole still figure in the moil.

Jack had somehow found me at my digs. He'd left a telephone message with my bitch of a landlady. Whilst forking it over she'd given me the fish eye. I'd been skipping her revolting meals and walking the streets all hours, boring myself to death in the reading room of the Mechanics' library, sneaking in after curfew only to slip back out before dawn. I was two weeks late on rent. Grudgingly she'd handed me Jack's imperative only after I parted with my last ten dollars. She smelled money in his command, and the old baggage was probably correct. Jack always had the stuff or the wherewithal to get more. I counted on him.

Eastwards and directly towards me a steamer bore down, passing between the high cement uprights of the harbour bridge being built there by ants. Looked like an Empress, first link in the All-Red Route, SouthamptonâMontreal. Filled, no doubt, with brainless debutantes returning from the season in London and presentation at court. Lucky girls were rogered by dukes in leafy bowers on spreading estates, the unfortunate given pitying notices in the society pages of the
Star
and wed off to dull bankers with patent-leather hair parted down the middle. The whole class was in thrall to our ostensible betters, the English. British garrisons had marched nearby on the Champ-de-Mars under the banner of St. George in golden days of yore. Even now the Union Jack did wave above us. Jack, damnation. Where the hell could he be? A Red Ensign flew at the ship's stern as she loomed closer. The
Empress of Scotland,
red chequerboard flag of the Canadian Pacific at her bridge. She drew alongside an enormous cold storage warehouse, a building filled with thousands of frozen carcasses of good Canadian meat ready to be shipped south and butchered in New York City, say, chewed over at Delmonico's or some lousy speakeasy, mixed with rotgut and shat out through pipes into the Hudson, or the East. I toed a coil of ship's rope and set flies buzzing. The sun was near gone now. Soon I'd turn around and return to the heart of the city I'd grown to hate worse than poison. As a rat slid into the river I picked it off between dead eyes. Had never shot a Siwash or a Hun. Draw the bolt and eject the spent cartridge. Smell burnt gunpowder.

And there: Jack. He was talking to a monkey in a gold-frogged velvet uniform down the end of the quay. Jack looked spruce as hell and wore a grey topcoat over a pearl-grey suit, hat pushed to the back of his head, hands in pockets, and an odd white stick in the crook of his arm. He said something and the monkey laughed. The pair looked up as the massive Empress drew by. Final rays of the setting sun shone off her spanking brasswork. Happy sailors waved to lubbers ashore. It seemed as though a horla looked at me from the crowd as the ship's whistle sang out. I spied Jack handing the monkey something as they parted ways. He turned to see me standing in the corner underneath a rusted green plaque. Jack sauntered over, smiling. Inwise I seethed. He raised his chin and spoke.

There was that look in his eye I'd seen so often. A sort of secret amusement. I did as I always do: played mute and waited. All the something in the world.

“And a square meal. Care for a stroll?”

We crossed the train tracks and climbed up into the Old Town, turning left towards the market square. The last carts from the south side of the river were packing up for their slow Friday night return. The farmers' beasts champed, flicking their tails at bluebottles swarming around slick cobbles. Pigeons strutted through horseshit. Vendors hawked their wares in rotten country French. I saw October pumpkins, apples, squashes. It was end of season. What wasn't sold would be fed to the pigs. Jack selected an apple from a cart and dropped a sou into a habitant's outstretched hand.

We kept walking and came to the pillar topped by its statue standing across from the HÃ´tel de Ville, Nelson with his back turned to the river. Two old ladies in black stood at the column's base under the stone crocodile of the Nile, gumming at dark round fruits they pulled from a waxpaper bag.

“Like in that book,” Jack said. “Ever read it? What'd they call Nelson? âThe one-handed adulterer,' I think. Have to love the Limeys' gall, sticking the man smack plumb in the bosom of his foes. Come to it, this lot here're all Bourbons at heart and never fell in with the Revolution and Boney. Still, I'm surprised they haven't stuck a bomb beneath Lord him, send him kingdom come.”

“Here or in Dublin.”

Jack eyed me slantwise. We carried on along Notre-Dame. He tapped his stick upon the stones as I matched his pace. Jack paused at a corner. “Listen, I have a rendezvous.”

“Not like that. Something else, something delicate. I dug you up because you've always been game, man. Might need your help. Your eyes and your hands. Are you in?”

He waited, gauging the effect of his words.

Let the traffic signal change before you answer. Stop.

Go. And so I did. Betimes I reached into my pocket for my case, opened it, and offered Jack my last smoke. Our eyes met and Jack laughed aloud. We shook hands, like back when we were boys. Some caper, this. He pulled out his own rectangle of metal and showed me a row of clean white machine-rolleds.

“Thanks,” I said, selecting one.

Jack set fire to the cigaret with what I took to be a platinum lighter and I inhaled a grateful lungful deeply.

“A very small fry, but one liable to scoot. Want you to bottle up his retreat if he does. Should be quiet.”

He shrugged and raised his stick to rest on his shoulder. Dug me up was right. Some dirty work, with the chance of trouble. What was in it for me? My stomach made the decision. Jack would stand drinks and a meal. In my present state that was enough. I nodded assent and together we went along St. James between its gauntlet of grey banks, closed and frowning down at us, hoarding the Dominion's wealth. Here were the temples of our race: the Royal, the Imperial, the Dominion, the Bank of Montreal. Before us sat Molson's Bank, where one could withdraw ale scrip from the wicket and spend it on the selfsame bloody beer in a tavern down the street. We passed beneath their dour allegorical finery: gold-trimmed coats of arms, an engraved caduceus of Mercury the patron of thieves, granite Indians. Jack slowed and motioned to an alley.

I spied a dark shape waiting.

“I'll circle 'round. Wait here and watch. If there's a rumble back me up. Worse comes to worst, take a hike. You know the drill.”

“The Ritz,” he said, disappearing in the gloom.