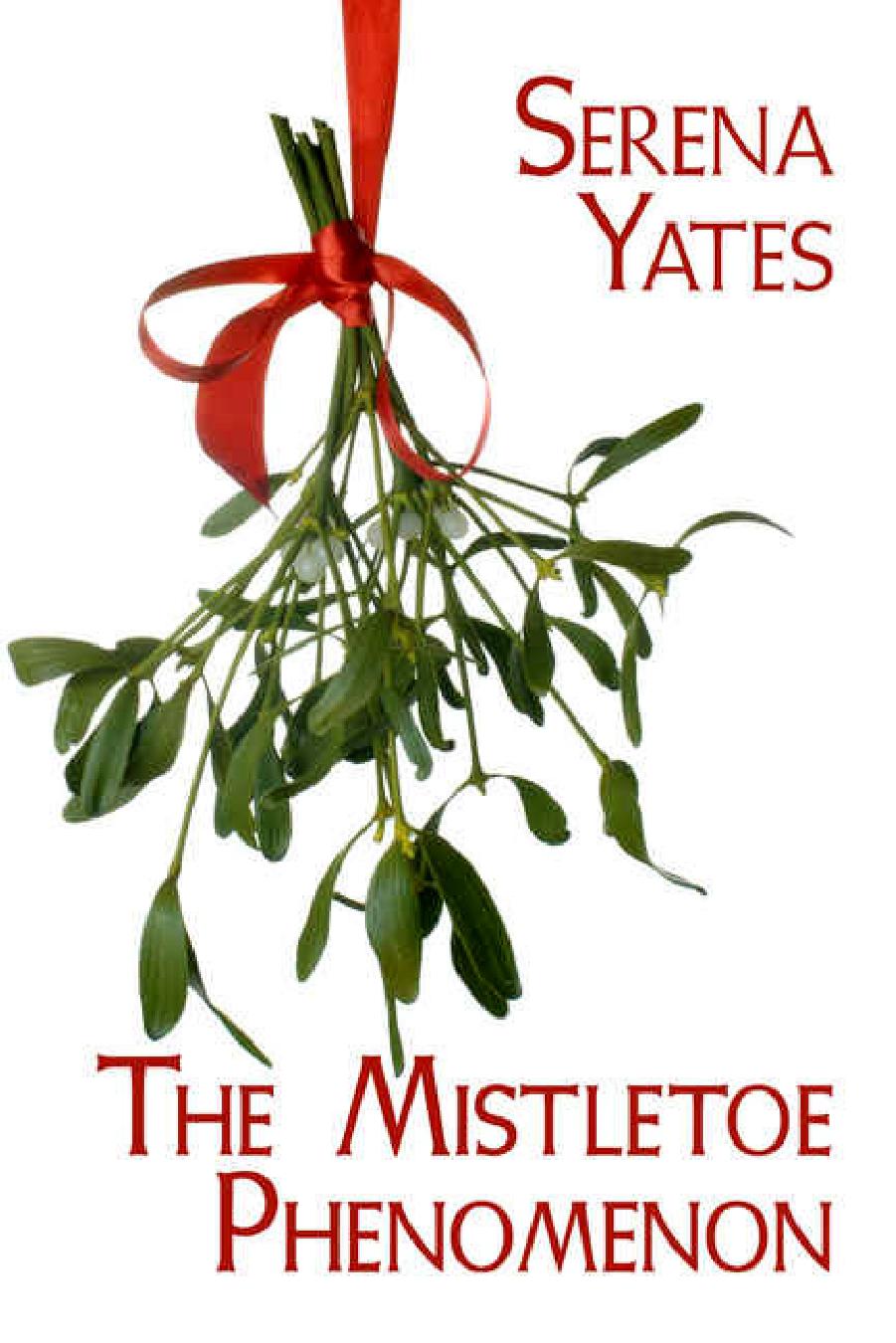 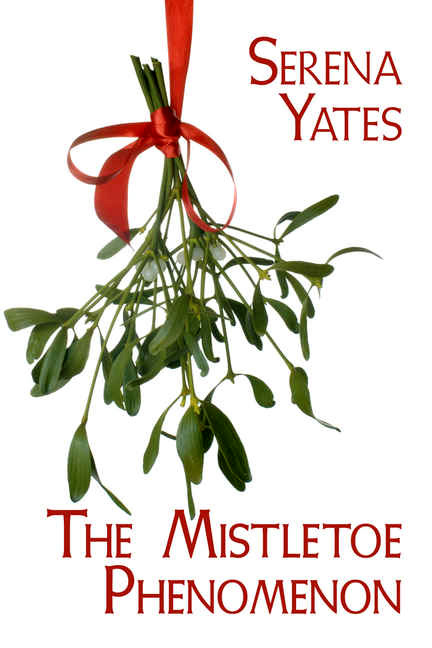 Lance Rivera could have done without the jolly Christmas music oozing from the store's loudspeakers. For the first time ever he couldn't get into the holiday spirit. Unfortunately, working at Holiday World required a happy smile. He snorted as he shelved mistletoe this and mistletoe that into the appropriate spaces in the backroom. Maybe Katie should rename her store Mistletoe World, as much as his sister loved the stuff.

When the little bell above the front door tinkled he pasted a friendly smile onto his face and made his way back to the main room. He did this job because he needed the money.

Not that his family wouldn't have supported him; his parents had even offered his old room back, but he had his pride. It was about the only thing left after Brice had taken their savings and vanished once he no longer needed Lance as a source of a regular income.

"Good morning. How may I help you?" The words had left his mouth before he'd had a chance to look. He might not have been able to utter a single syllable if he had.

The man who stood before him was a true vision of male beauty, all six feet four inches of him. Silver-blue eyes were set in a broad face with a square jaw and a wide nose, topped off by blond wavy hair that was cut too short for his taste.

Wide shoulders and what looked like a well-developed chest under a thick sweatshirt tapered into narrow hips. Strong thighs and long legs completed the picture. While the man's 4

coat was open, there were still too many layers of winter clothes to see any more details.

We? Oh, there was a little boy next to the vision. Maybe eight or nine years old with the same blond hair and wide nose but sky-blue eyes. He looked even more serious than his father. Why were the nice ones always straight?

"You've definitely come to the right place." More like the only place in Mistletoe, Wyoming, with a worthwhile choice.

"There's a great selection over there."

The man looked where Lance pointed and nodded.

"Thank you." The man turned toward the little boy but didn't move from his spot next to the door. "Go on, have a look, Jakob. You can get anything you want."

Well, that was generous. But how was the little guy going to see or reach the top shelves? Not that it was any of Lance's business but the boy looked so lost when he trudged over to the display, he just couldn't ignore him.

"Here, Jakob." He grabbed a shopping basket and followed the boy. "I'll hold this for you and you can put the things you want inside. If there's anything you can't reach, just tell me and I'll show it to you."

"Thanks." The boy smiled hesitantly. "There's a lot of stuff here. Can you please help me find some red and white candy ornaments? And we need something for the tree. I don't really know what to get."

"Sure, I can help you. But maybe your dad knows better what you need?" Why wasn't the man over here helping his son anyway? He still stood by the door like a big log.

"My- my dad?" A tear rolled down the little boy's face. "My parents are dead. My dad can't help me anymore."

Oh, shit. He'd really put his foot in it now. The little guy was trying so hard not to cry, his lips quivering with the effort.

"I'm so sorry." That was true but totally inadequate.

Lance dropped onto his knees and opened his arms. The little boy hesitated for a moment, looked over at the now very uncomfortable looking man near the door and hurled himself into Lance's arms. Lance held the back of his head and stroked his hair until the sobs and sniffles stopped. His shirt was wet but the boy had calmed down.

"My brother and his wife died in a plane crash in Africa eight months ago." The deep voice came from right next to them and a handkerchief appeared in his line of sight. "I'm his guardian and we're moving here so I can combine my work with his needs for schooling."

"I'm very sorry to hear about their deaths." Lance dried Jakob's tears and made him blow his nose. He tried to let go of the boy so he could get up, but Jakob clung to him like a limpet. He shrugged and kept him in his arms as he rose to return the now very wet piece of cloth. "What sort of work do you do that you'd move to Mistletoe?"

"It's not the center of the universe, is it?" The man smiled for the first time, making him look even more attractive. "I'm 6

a glaciologist. I used to go on expeditions to the Arctic and Greenland, but that's no longer practical. So I retrained as a Park Ranger. I'll start working for the Grand Teton National Park in January, focusing on their glacier research and educational programs."

"A glaciologist, huh?" He never even knew such a profession existed.

"Yes. Uncle Magnus is a very good glaciologist. He studies ice shelves to see if they grow or shrink and how that will affect the weather and sea levels." Jakob was clearly proud of his uncle. "And he promised to teach me how to be one too."

"Did he, now?" Lance suppressed a grin.

"Yes. And he says it's very important to keep your promises." Jakob grinned.

"I did." Magnus nodded. "And right now I need to keep my promise of getting you some Christmas stuff, don't I?"

"Yeah." Jakob looked sad as he looked up at his uncle.

"But I don't know what we need. And you can't really help, can you?"

"So you've never kissed under the mistletoe? You don't know what you're missing." What had made him say that? He felt himself blush in embarrassment.

Magnus looked at him, silver-blue eyes twinkling and both eyebrows closer to his hairline than could be comfortable.

"I'm sorry. I shouldn't have said that." Lance wished a convenient hole would appear in the ground and swallow him up.

"Jakob!" Magnus shook his head. "Kissing under the mistletoe is just an old tradition. Some people like the excuse to kiss strangers, and that's total nonsense."

"And why would that be nonsense?" Katie's voice from the end of the aisle almost made Lance jump out of his skin. She must have snuck in through the back door when she returned from her lunch break.

"Katie! Don't." He turned around, Jakob still in his arms.

"You may be my sister but that doesn't mean you can come in here and- and say stuff like that."

"What? I just want to know how someone who's never kissed anyone under the mistletoe can be so sure it's nonsense." Katie's impish smile made her look even more like a pixie than her small upturned nose and her slim figure.

"I think you can't know that until you've tried it." She grinned. "Have you never been tempted to kiss someone you found attractive and wished for an excuse?"

"Well, not really." Magnus's eyes flitted to Lance, then back to Katie.

"Really?" Jakob stared at Katie, and then looked at his uncle and back at Lance. A smile made his cheeks dimple.

"Could you put me down, please? I think my uncle needs to 8

conduct an experiment. And I don't want to see any of that mushy stuff."

"An experiment?" Lance put Jakob down and watched him take Katie's hand. He was too embarrassed to think straight.

Just the thought of those strong arms around him and those full lips on his had him almost shaking. What was it about this man that made him want to trust again, despite all the disasters which were his love life so far?

"Yeah. Uncle Magnus says that if you're not sure about something you conduct an experiment to see if it's true or not." Jakob pointed at the ceiling in the corner and looked up at his uncle. "There's enough mistletoe up there for you to try and see if it works."

"Good thinking, Jakob." Katie picked up the shopping basket and turned Jakob toward the shelves. "Come on, I'll help you pick out some stuff while Lance and your uncle conduct their experiment."

MAGNUS CARSTENS was stunned. He'd been out of his depth regularly in the last eight months, trying to cope with the changes in his life. Numbers and logic had always been his forte; glaciers were as close to a passion as he was comfortable with. The sudden responsibility for raising an eight-year old boy who'd so recently lost his parents had added emotions to his life and he wasn't sure how to cope with them.

But this current situation was ludicrous. Yes, he was attracted to the lean but strong store employee—Lance—who looked up at him with deep brown eyes. He was maybe five feet ten, had olive skin, and straight dark brown hair. His face was almost pretty, with high cheekbones, a narrow nose, and a strong chin. His lips looked very tempting. Magnus
really
wanted to kiss him.

Lance was not only the complete opposite of Magnus's usual tall and muscular physical type, he had a very different emotional disposition too. He'd had no issue relating to Jakob and seemed to have intuitively known what the boy needed.

"We don't have to do this." Lance looked down and Magnus missed the warmth of his brown eyes. Huh? What was that all about?

"You don't want to run the experiment?" Of course Lance wouldn't. Magnus hadn't even sent any signals that he was interested.

"I'm not a science project." Lance looked up, pain in his eyes. "I'm a human being."

"Do what? Kiss? Treat me like I have feelings?" Lance shrugged.

"I do want to kiss you. I don't know why." Magnus sighed.

"As for the feelings, I know you have them. I do as well. I just don't know what to do with them."

"What to do with them?" Lance suddenly grinned. "That's easy. You follow them."

"Follow them?" Magnus shook his head. "I've never done that before. My father taught me to put facts and logic first.

My mother lived to regret sacrificing her career for love. So it looks to me like emotions are likely to mess up everything."

"You are
not
your parents. It might be totally different for you." Lance took his hand and a jolt went through him as if he'd touched a live wire. "Come on, let's find out."